What was supposed to be a few-year turn-around rapidly approached two years, three, four, six, and other than the odd question from the press, we heard nothing of Chapters. The team moved on to develop MMORPG The Secret World for Funcom (recently embroiled in trade controversy). Finally, in 2013 – about 6-7 years after we stopped hearing about Dreamfall – a Kickstarter campaign was announced. 2013 was a key year for Kickstarters; we had several big-name designers return to the scene after multi-year hiatuses: Richard Garriott and Chris Roberts (interviewed, three times),  to name two, each using Kickstarter to dump traditional publisher relations that have held them back in the past. Then Ragnar Tørnquist returned from his work on TSW, the man behind much of what has become the Dreamfall world and series.

And such is the story up until now. You can hear it from the developers themselves in our interview below, then continue on reading for gameplay and story information on Chapters.

If it’s not clear from the video, these guys were among our favorite groups to speak with at GDC – they’re very in-touch with their game and the industry, and without a PR filter between us, we were able to talk openly about Dreamfall. In this article & video interview, we'll look at Dreamfall Chapters' gameplay, story, and overall summary.

What is Dreamfall Chapters?

The series is most noteworthy for its fusion of two distinctly different worlds and environments. There’s a world of magic, medieval architecture, and traditional fantasy environs – Arcadia – and a world of cyberpunk-style darkness and technology – Stark. Only some characters can leave their realm and enter the other (“Shifters”), and even fewer can exist in both simultaneously (“Dreamers”). In fact, up until this point, we’ve only known of one such Dreamer: Zoë Castillo, one of the stars of the second game.

Conspiracies and intrigue run rampant between the two worlds, but that’s where the player comes in: It’s your job to follow the story in Dreamfall Chapters, playing as three characters (you rotate between them to learn their stories), and uncovering plots or simply surviving. So far, we know of two characters – Zoë, a young Dreamer, and Kian Alvane, a trained assassin, both making a return from the previous games. The third will remain unannounced until the game ships.

Tørnquist notes in the video commentary that previous experience with the franchise is not necessary, but is encouraged. There will be a recap at the beginning of Chapters, he told us, so new players can jump in and learn.

Dreamfall Chapters Gameplay & Mechanics: Story Above All Else 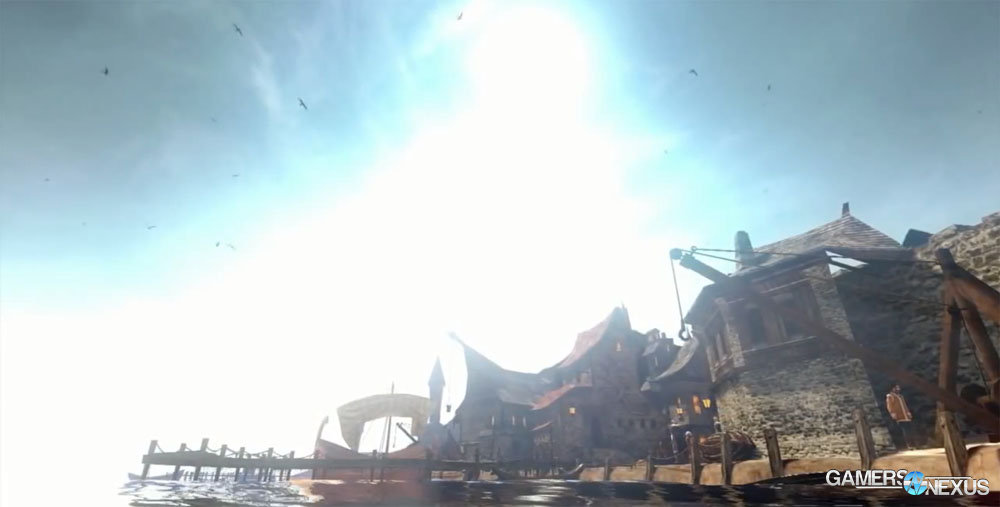 Somewhat differently from most other modern games, the team behind Chapters has elected to focus on story first-and-foremost. If a gameplay mechanic interferes with the story, it’ll be altered appropriately. A lot of the games we’re familiar with will take the opposite approach of sacrificing story for gameplay, but with Chapters, it’s all about the story.

Chapters ultimately revolves around what is effectively a dialogue wheel, loosely similar to (though a bit more intuitive than) The Wolf Among Us series. As you interact with NPCs within the world, you’ll be presented with a wheel of choices for response. In a refreshing overhaul, hovering over each option will give us an internal dialogue; this eliminates the classic “Wait! I didn’t mean it like that!” cries of players as their character proceeds to murder an entire village after selecting the “[remain silent]” option. We now have insight to the character’s thoughts and can progress appropriately. There’s no “good vs. evil” dynamic in Dreamfall like there is in games like KOTOR or Mass Effect, so it’s all about the player and the player’s interpretation of the actionable items.

It is not possible to make a ‘wrong’ choice that will lead to your character’s death or a blockade in the game. The first level (the one showed in a gameplay video) is railroaded for tutorial purposes, but we’ve been told that the game opens up after that. Your choices as a player will impact who remains in the story going forward and how frequently you interact with certain NPCs (and their disposition toward you); this all branches from the dialogue tree – a sort of behind-the-scenes arbiter of your past actions and future resulting options.

Somewhat interestingly, though less critical, is the Dark Souls-like online feature. The game is a single-player experience and will remain that way, but Chapters will feature an option (not required) to see what other players have chosen when presented with dialogue paths. This includes the ability to judge your friends for their choices.

Although there are no ‘wrong’ choices, it’s always possible to finish something faster and with greater effect (toward your goals as a player). By paying close attention to an NPC’s mannerisms and dialogue, it’s possible to discern whether they’re more reasonable, act brashly, are persistent, have family or favor their work, and so forth. All of these facets of an NPC can feed back into your own dialogue choices, eventually leading to clever and quicker conflict resolution.

Of course, paying attention also reveals more of the world’s background and underlying story; because the reward of the game is the story (rather than using story as a means to lead the player to another reward, like loot), players deep in the Dreamfall universe should feel overall more immersed and better-equipped for progression.

Other gameplay elements exist outside of story, but are very limited. Lightweight puzzle-solving tasks exist to break-up the mindset and keep play fresh -- things like attaching a broom to a pillow, sticking it out a tower window as a target, and using it to collect arrows from archers (then used to pick locks). Tørnquist and Scheve insisted that it was Aristotle who first came up with the famed pillow-on-a-broom trick, later adding that it was very important that I understood it was the ancient Greeks who first invented the pillow-on-a-broom, not the ancient Romans; had the Romans invented it, I was told, they would have not fallen as an Empire. I wrote this down.

Silly, but that sort of shines a bit of a light as to the studio behind all of this: They're not as stern as a triple-A company might be in such interviews, but that doesn't mean they're not serious about their game.

The game looks interesting right now. At $1.5m raised officially via Kickstarter and even more via individual PayPal donations (done through the Red Thread Games website), it’s got the funding required to put out a solid story-driven game. It’s just a matter of delivery at this point.

You can learn more about Dreamfall Chapters over here: https://redthreadgames.com/games/chapters/