If Harry Potter were Korean

ArcheAge is based on a series of Korean novels – one that Voss compared to Harry Potter in terms of its popularity – and has been available to Asian markets for a year now. Korean players knew plenty about the story and characters before even starting the game, so to introduce the storyline to North American and European audiences, Trion is injecting more of the story and the universe’s context through the quests.

Players choose between four races and select one of six classes at the onset. They choose a second class at level 5 and a third class at level 10; each of these two checkpoints also introduces two new classes. Players can choose any combination of classes once at level 10 and can re-select any of the three classes at any time (this was our understanding from the meeting, anyway).

ArcheAge is currently in alpha, but Trion intends to release to a beta audience before the game launches at the end of this year; they have not announced a specific release date.

A Sandbox from Level 1

What may help MMORPGers immediately enjoy ArcheAge without being saga buffs is that they can readily explore on their own and still be rewarded. This is something that previous MMORPGs have attempted with some success, with EverQuest and EverQuest 2 being some of the first to reward players for landmark discovery. EverQuest Next: Landmark will tackle this in unique ways, too.

In ArcheAge, players are encouraged to go out and craft their dream weapons, trade gems, and lay siege to castles (without having to complete some silly fetch / fedex / escort / kill quest). Sieging is one of the more unique gameplay mechanics to ArcheAge. Once a week, a desirable item (i.e. a weapon, a resource) is put on auction. Anyone outside of the castle can bid on the item; whoever "wins" the item has the right to lay siege on the castle (ideally joined by an army) and claim that castle and its tax revenue. 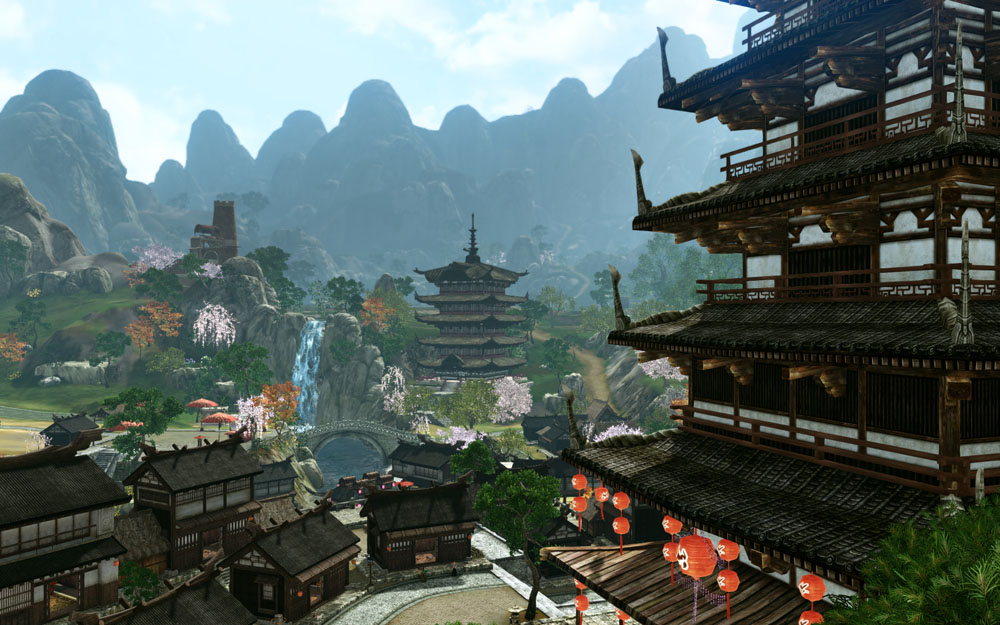 Voss mentioned that some players have already hit the level cap (50) without questing. She particularly recalled a Trion associate producer who saw a mining node and started mining and chopping down trees, and after hours and hours of crafting (with some combat mixed in), reached level 50.

ArcheAge has three ways to gain XP: quests, combat, and crafting skills. To sum up non-questing XP opportunities: PVP combat takes place separately on a continent called Auroria and scales all the way up to 100 vs. 100 sieges in which players invade opposing castles for resources and currency (similar to WildStar’s very interesting WarPlots). All of the castles, ships, and gliders in this world are player-generated and crafted. It hasn’t happened yet in alpha, but perhaps in beta we’ll see sieges with simultaneous land and naval warfare. And as a reminder, there is standard PvE combat for those who’d prefer a more co-operative-styled approach to the game.

ArcheAge also has 15 crafting skills that earn players labor points and additional XP along the way. These skills include various item-crafting skills, gathering and farming, husbandry, commerce, and more.

Players who prefer completing quests to gain XP and uncovering the storyline will also learn how to use the different sandbox elements. This is a good way to introduce MMORPG newcomers to applicable skills and remind quest-lovers that there’s more outside the storyline for them to explore and develop. 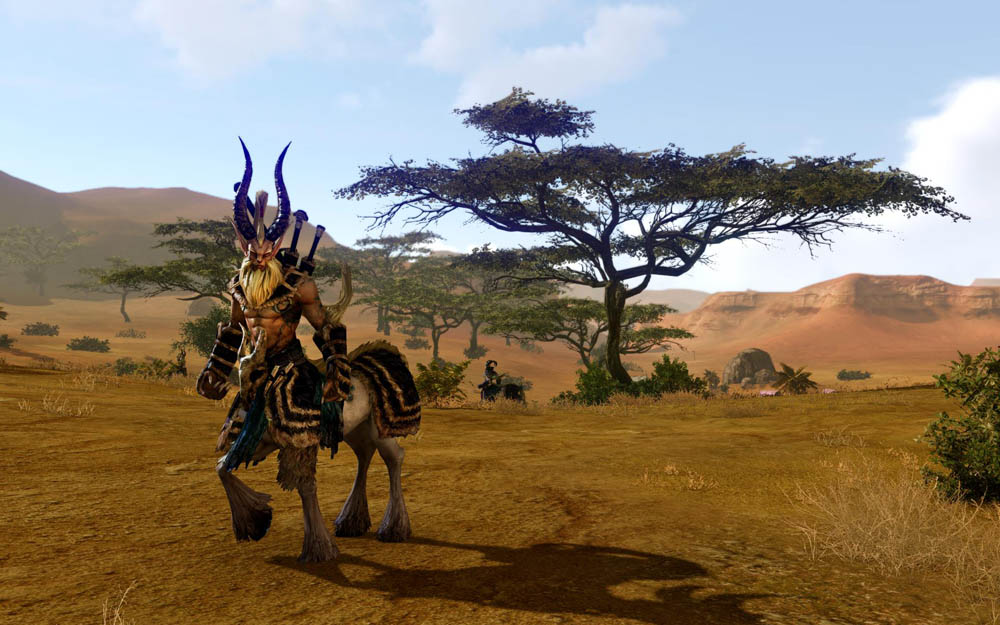 ArcheAge even rewards a player if he or she does not collect all the items or kill the number of beasts needed to complete a quest; think of it as getting “half credit” or extra credit and being able to move on. Players who gather enough in-game currency don’t have to go back to the quests to unlock the best items, as they can get the same loot by trading with NPCs or other players. In short, the game is not tied to its quests, but the story is.

Much of ArcheAge’s sandbox feel will magnify when players build villages and manage their local economies. As with ships and castles, houses are crafted by the player and placed on distinct plots by the player; every item placed in the house can be crafted by the player, not dissimilar from some of Rift’s player and guild housing feature. There are several sizes of housing offered as well, so Level 2 Haranians can theoretically hammer-out a cozy shack next to Nuian estates; yes, enemies can coexist in the same village. Players pay a universal tax rate according to the village’s size and population, but on the PvP world of Auroria, castle barons can increase taxes as much as 50 percent for villagers within their walls; I guess sometimes you’ve got to pay more for protection.

ArcheAge even features a unique system for dealing with crime. Faction members can flag themselves for PVP and then murder and steal from their own faction. When they steal, a footprint is left at the scene of the crime, and when they kill, drops of blood mar the earth. Players who spot that footprint or blood can report that incident to the village, and if enough villagers report the same crime, a faction can put its suspect on trial and in jail. With enough trips to jail, that player is exiled to a small island in the middle of nowhere with few resources. That leaves him or her to band with fellow pirates to capture more resources and survive.

ArcheAge is ambitious in how it lets players succeed through its mix of standard XP gain and crafting skills. The abilities to manage kingdoms and engage in massive siege battles result in a scale few games have ever delivered. In theory, that is. This has yet to pan-out or be truly tested on NA servers, but with a scope this big, there’s a lot of beta testing to do.

We’re interested to see how warfare, economy, and community continue to evolve and expand as more players are introduced. Stick around for our continued coverage as the game progresses.