Skara is an action arena combat game and can be thought of as a slower-paced, more simplistic version of Fury (RIP) or Forge. Players are dumped into an arena of (as of now) 7 other players or AI—either Team Deathmatch or Free For All—and then told to brutally murder one another. So then, it's a Black Friday simulator.

The game has great promises, even for something in such an early state. The developers hope to accumulate $35,000 through Kickstarter (hovering at $25,000 now), noting:

"Skara is about skill, timing, accuracy and practice. As in a Versus, knowing your combos and the best moment to use them is crucial to survival in our arenas. Dodge, counter-attack and execute your enemies with spectacular fatalities."

It's exactly what I've wanted in a game since Fury's untimely death, though I've yet to see developers truly deliver on such promises. The real lure here is the elimination of grindy leveling, often required to achieve such combat in MMOs, and a pure focus on skill. 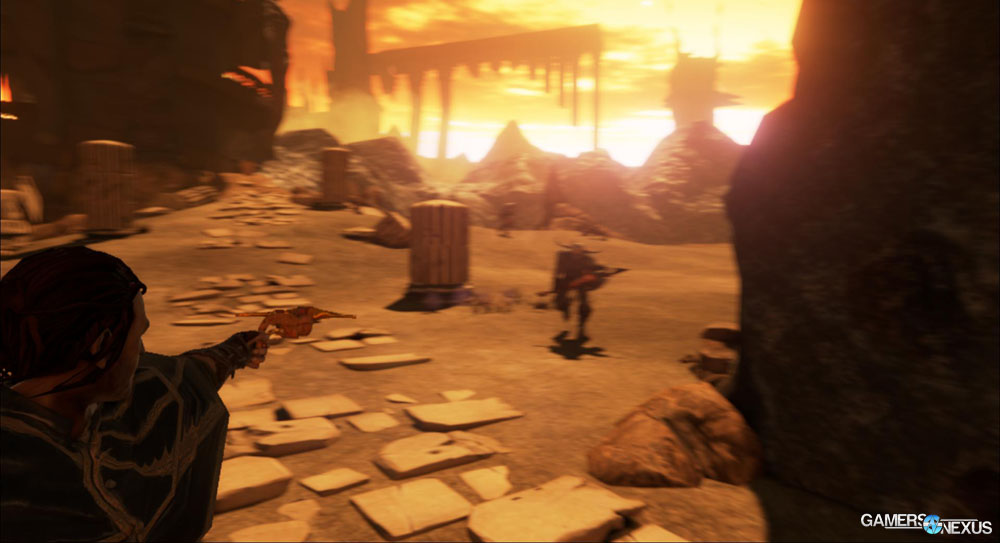 It's difficult to be critical of Skara given its status as an unfinished preview, likely pre-alpha, but there are some glaring concerns that need to be addressed. Combat feels agonizingly sluggish, movement is slow, and attack patterns are ill-timed. We've presently only got a few attacks: Primary (left-click), power attack (right click / hold click), and ranged ('r'), so the game has a lot of room for growth. A few 'combo attacks' are possible, more similar to old arcade games than anything -- right-click, left-click, right-click, space, as an example. I found these either were not yet implemented, didn't work, or killed enemies before fully executed. Movement is limited to walking and sprinting, with dodges bursted between. All these items taken into account, and it just doesn't feel right. Something doesn't fit and the flow is clumsy. Attacks feel awkward and oft unpredictable. Swings sometimes lag several seconds behind user input (perhaps an artifact of such an early build - I can excuse this) and directing attacks is clunky and difficult.

Further, once you've landed a blow on a target, they're simply never going to be able to retaliate ever again; it's a full lock-down. This is because hit characters spend a moment reeling from the attack before they're able to swing again, which is cool, but there's a problem: The cool-down for the recovery is longer than the cool-down for a swing. Do the math here -- the first person to land a swing in combat will be able to continually beat-down their opponent until victory.

But again, the game is in such an early state that all of these items can be resolved if the developers are willing to listen to feedback. Skara is a great concept at its core and there isn't much competition in the space, they just need some serious mechanics and design reworking. The graphics are brilliant for an indie title of this scope, with large thanks to UE4's ease of use and built-in graphics systems. They're not the best you've ever seen, but damn good for a small project. Definitely some of the best lighting I've seen in an indie title. 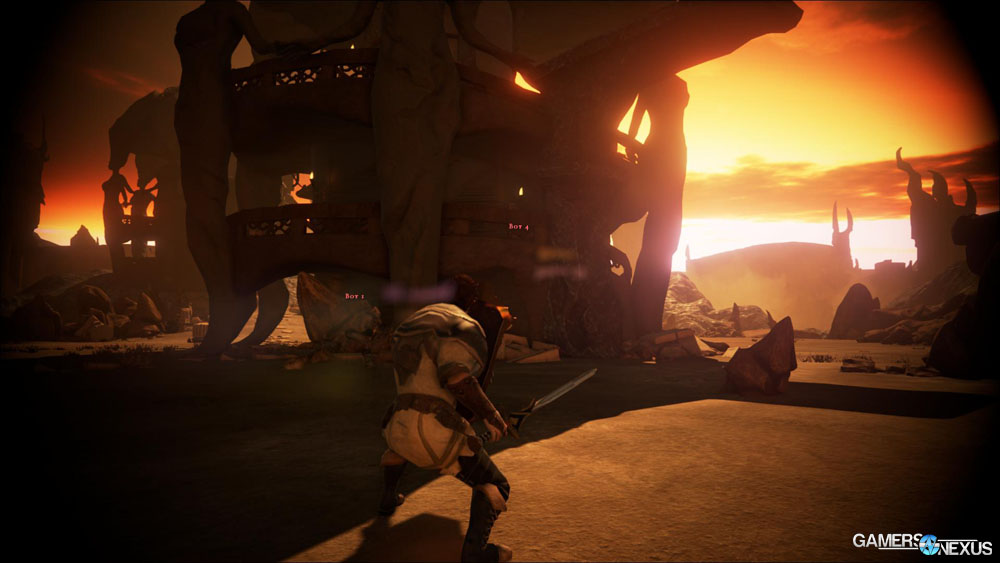 It seems to me that the preview build was released a bit too early. It is my opinion that the developers should have waited until a more solid mechanical foundation was in place prior to putting out an advance look and opening a Kickstarter campaign. The onus is on developers to prove their worth for a Kickstarter campaign, and taking time to land an excellent first impression is always worthwhile.

Great concept, but the mechanics of such an endeavor require very fine tuning -- this is especially proven with melee-heavy games like Chivalry. Latency and input detection are everything in this type of game.

If you'd like to support the game and find it interesting, the Kickstarter is located here.