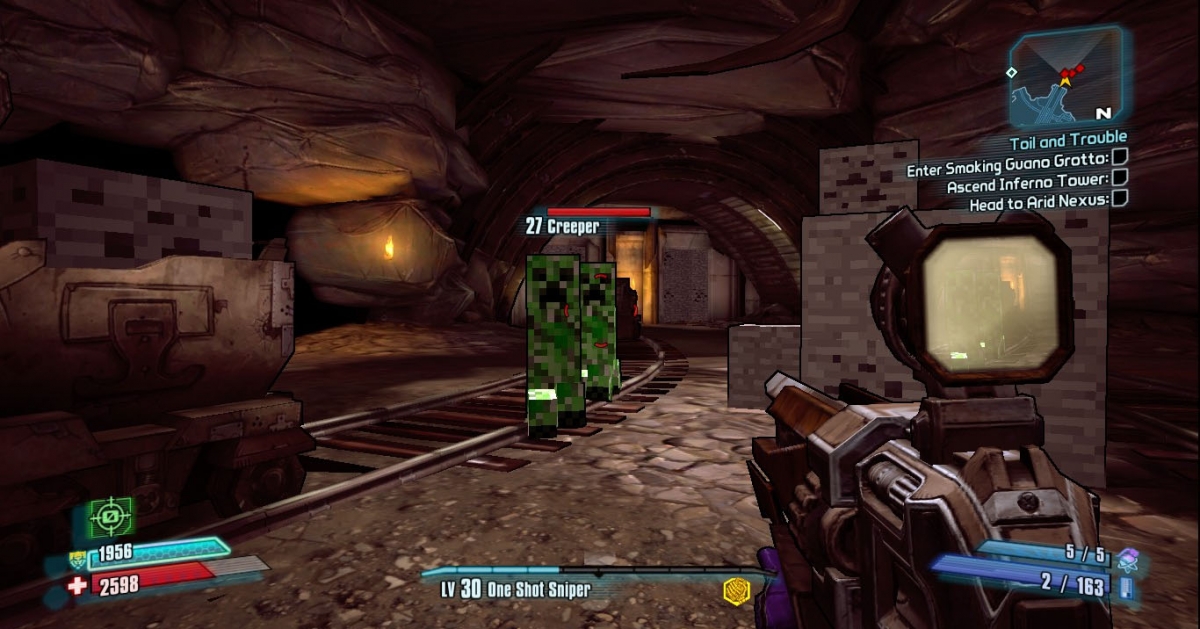 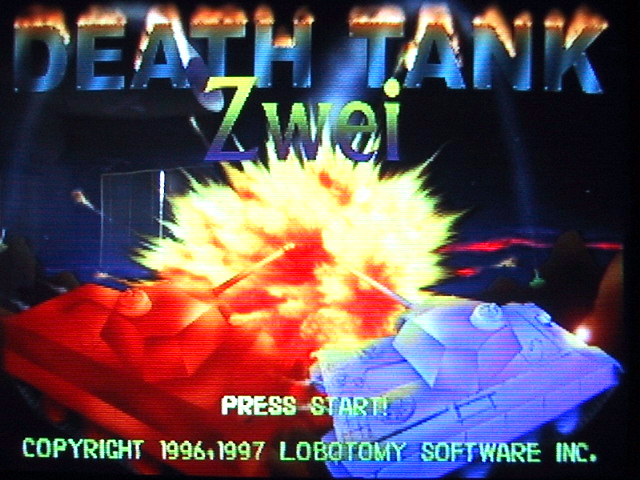 Imagine a real-time version of Worms that pits up to seven tanks together in a topographically-varying map. That’s what was hidden in Duke Nuken 3D. Anyone who owned both DN3D and either Powerslave or Quake could unlock Death Tank upon booting up; DN3D would read your system for a copy of one of the other games. The other way to unlock Death Tank Zwei was to smash every toilet in DN3D. Classy, as Duke Nukem tends to be. Death Tank Zwei particularly takes the cake as the best unlockable game because it allowed up to seven players locally -- something relatively uncommonf or the time. Besides, it had a triumphant theme song.

Honorable Mention: Metal Gear Solid 3’s “Guy Savage” was pretty well snaked… er, snuck into the game. Rebooting the system after the Volgin torture scene was the only way to find it.

Wandering around in Pilotwings gave some gamers a pleasant surprise when discovering Mario’s face had replaced George Washington’s on . However, if the player felt saucy enough to run into Mario’s face, he would cause the face to change to Wario’s. 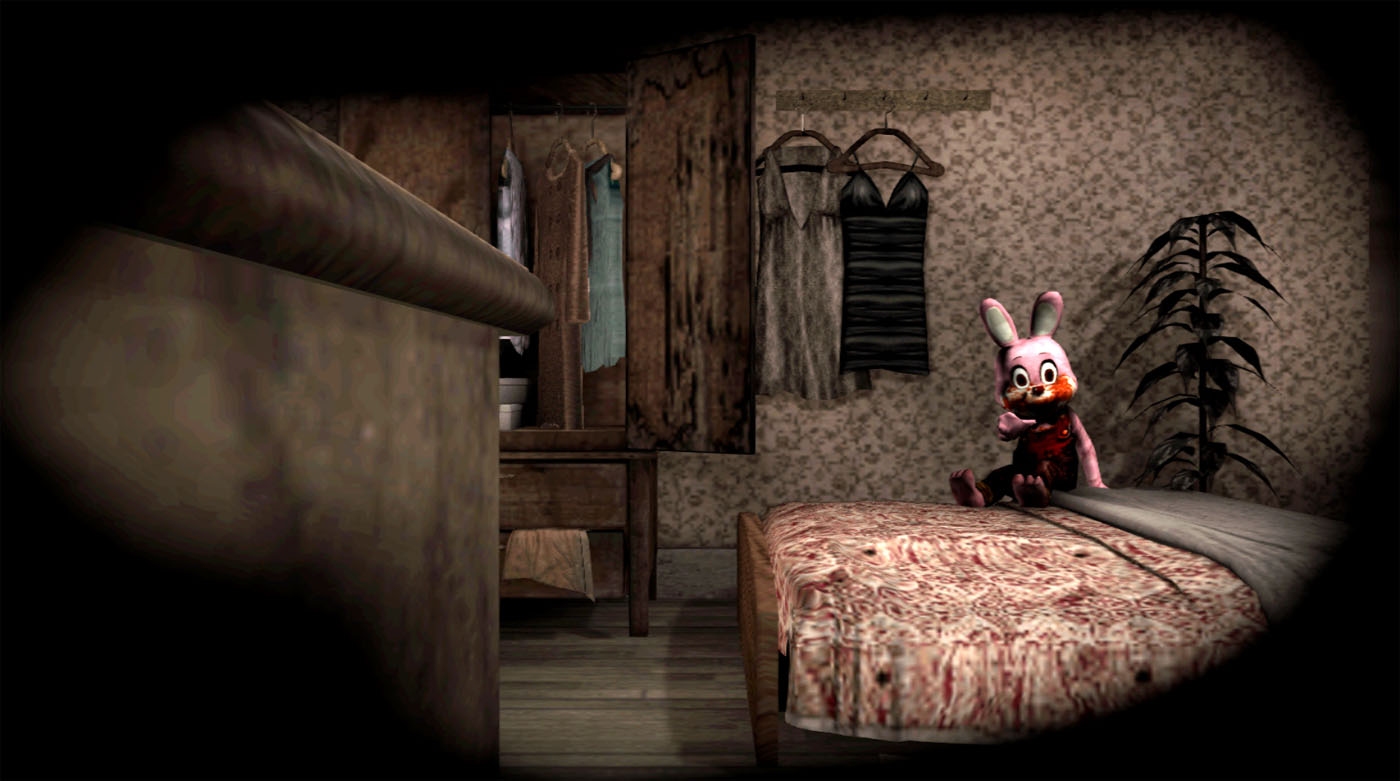 Fans of a given franchise will always enjoy finding references to previous games in unlikely ways, sort of like a cameo in a movie. Silent Hill 3’s pink rabbit Robbie can be found in SH4 by peeping through a hole to his owner’s room, but when the owner goes missing, just peep through once more to find him pointing his finger and staring at you. With that, Robbie joins a series of terrifying rabbits that could likely give me nightmares; that list includes Frank from Donnie Darko and, of course, the killer rabbit from Monty Python and the Holy Grail.

Agent 47 is tasked with getting through a group of bickering rednecks in the “Til Death Do Us Part” mission. When in the backyard, look closely for a very small coin and shoot it. Doing so will trigger the rednecks to strip down to their underwear, run over to you, and start applauding your marksmanship. I guess that’s all it takes to get respect from those guys.

Honorable Mention: In its latest Hitman installment, Hitman: Absolution, Eidos has some fun by providing an unlikely death. When out in the desert for the “End of the Road” mission, shoot all the vultures in sight before approaching your target, then watch him get run over by the most unexpected vehicle -- an ice cream truck.

This may not technically be an Easter Egg, but it could be one judging by the length of the Winner screen. Upon defeating the final boss, the Winner screen pops up and displays all the different enemies you killed, a scene that can take as much as three minutes – which in the early 90s was a long time. Following the Winner screen is a playable Credits Level that starts with an interactive figure that says, “Welcome to LucasArts Games. And now get back to work.” That curt son-of-a-gun is none other than George Lucas (more on him later).

Honorable Mentions: There are some other great inclusions of development teams in games, from Warren Robinet’s signature in Adventure, to Chrono Trigger, to Doom II, to King’s Quest IV.

This EE comes right at the start in Act 1, Chapter 1. There are several different pipes Marcus can shoot into. Doing so will cause a chicken to pop out – how sweet in these post-apocalyptic times. Keep shooting, though, and that chicken will transform into a giant, fire-breathing monstrosity coming right for you!

Batman: Arkham Asylum has one of the most seamlessly-placed allusions to an upcoming game. Head over to Quincy Sharp's office and break out your explosive to uncover a hidden room. Inside, there’s a map of " ," the next locale in the Arkham series.

Honorable Mention: Sony was supposed to release Uncharted 3 after announcing the 2012 hit, "The Last of Us." Developer Naughty Dog actually snuck in a newspaper with a “Last of Us” front page story into Nathan Drake’s final installment on the Playstation 3. 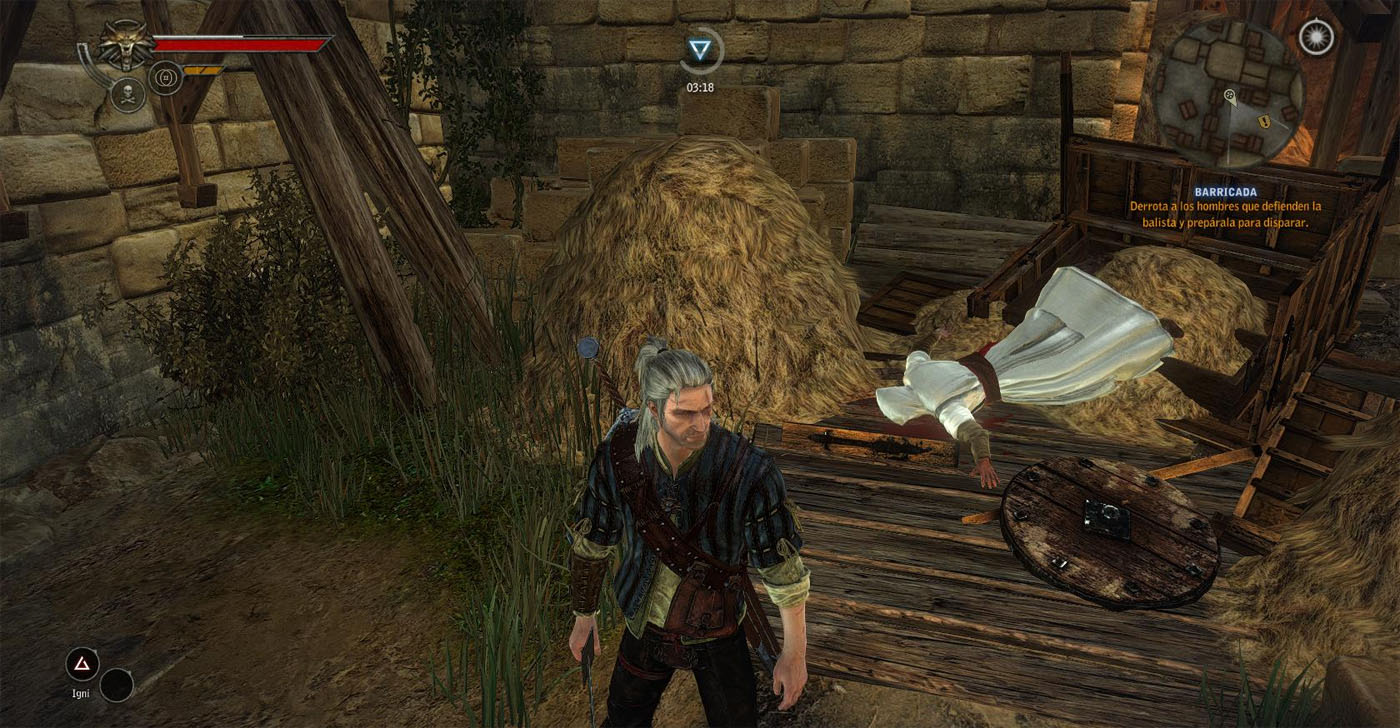 Perhaps Polish studio Projekt Red is one of the most unlikely studios to insult a triple-A franchise. In the Ballista section of the prologue, players can guide Geralt to a set of large iron gates. Around there, there’s a white robe-clad body lying face-down next to a pile of hay. Clearly, it’s a reference to the Assassin’s Creed franchise and the daring feat of diving from cathedral spires into a soft straw landing.

It had been 10 years since Jar-Jar made his Star Wars debut, but perhaps his disappearance from the franchise was long overdue. In the Imperial Kashykk level, there’s a trophy room that features several beasts and critters from Star Wars films & games. Among them is a life-sized slab of carbonite, but instead of Han Solo’s helpless body, it’s Jar-Jar Binks’. Let’s just hope George decides to keep him there.

The Force Unleashed II followed-up with a tribute Easter Egg, enabling players to unlock a playable skin of Guybush Threepwood, protagonist of The Secret of Monkey Island.

This EE symbolizes the rising success and appreciation of the indie scene, and it caps-off a great run of indies on the PS3. If a player makes his way across one of the highest towers, he’ll find a large, usable telescope. Take a look and zoom all the way, and way off in the distance, you’ll spot two figures clad in scarves. Those are the characters from 2012’s Journey.

Honorable Mention: Gaming will always be universally appreciated. Even when and Mojang were locked in a lawsuit, Skyrim’s devs gave the Swedish studio a nod by including a Notched Pickaxe. Players will have to traverse up the game’s highest mountain to the Throat of the World; there’s not much loot up there, but it’s all for the taking.

Best The Villain is Actually a … Easter Egg: Malak a Twi’lek

There certainly aren’t many console Easter Eggs that require a player to plug in a second controller before the pre-battle cut-scene between a hero and a boss. For anyone with KOTOR on the original Xbox, just try this before facing off against Darth Malak. After connecting the controller, press the L & R triggers plus Y all at once. The former apprentice magically transforms into a dancing green Twi’lek and the battle gets skipped.

Metal Gear Solid’s whole franchise is littered with all kinds of Easter Eggs, and this one particularly requires nifty timing. When facing boss “The End” for the second time – when Snake’s the same level as his opponent – save the game, quit out, and leave the game untouched for two long weeks. When booting up the game again, Snake will come across The End sleeping in the same spot he waited for him, only this time, he’s dead, Jim.

Honorable Mention: Konami’s Easter Egg shenanigans started with Metal Gear Solid on the PSOne. When confronting Psycho Mantis, if a player has saved game data for Caslevania: Symphony of the Night, Mantis will say “You like Castlevania, don’t you?” 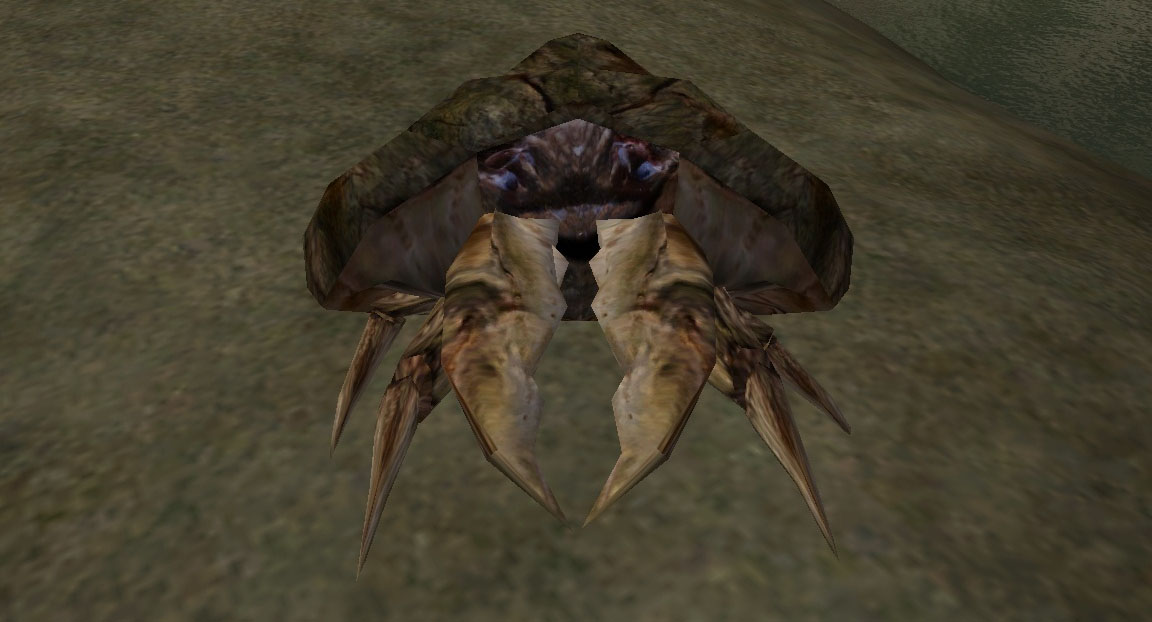 Morrowind -- one of our favorite series to discuss -- features a friendly Mudcrab Merchant hidden on a tiny island in the Azura coastal area, near the Mzahnch Ruins. The Mudcrab Merchant carries the most coin in all of Morrowind, making him (?) an ideal candidate for purchasing high-value items in the end game.

Honorable Mention: didn't limit their use of mudcrabs as Easter Eggs to just Morrowind -- a giant, combative mudcrab makes an appearance in Oblivion's , and then again in Skyrim, in the plains near Whiterun.

Believe it or not, Ubisoft’s decision to include a man buried alive in sand in the Far Cry 3 cover art was not without intent. That same unfortunate soul can be found in the game. Just head to map coordinates X: 619.7 Y: 559.4.

There are plenty of brilliant Easter Eggs out there, so we know we’ve only captured a handful of the very best. What are some of your favorite Easter Eggs in video games? Let us know by typing out a comment!