2015 promises to be one of the most-celebrated years for video games in recent memory. The Witcher 3, No Man’s Sky, Uncharted 4, and Halo 5: Guardians are among the heavily discussed titles to release this year. Q1 should keep gamers fairly busy with remastered classics, new IP from acclaimed studios, a strong showing of 3DS games, and a PC-optimized title we’ve been demanding for quite some time. Among these, we’ll be reviewing and benchmarking major PC titles, as we’ve already done with Evolve’s beta.

Before creating every type of Star Wars game imaginable, LucasArts was a powerhouse for adventure games. Day of the Tentacle, Maniac Mansion, and The Secret of Monkey Island were among their most successful titles, but it’s the Grim Fandango that perhaps remains the most iconic.

Now Double Fine’s Tim Schafer -- the original game’s director -- his studio, and some of the game’s biggest fans are remastering the 1998 classic. Double Fine has had the challenge of overcoming some of the game’s missing code, but their end-product will refine the presentation of the original nonetheless. Fans can look forward to quickly switching between the game’s remastered visuals and the original, as well as in-game developer commentary and a re-orchestrated soundtrack. 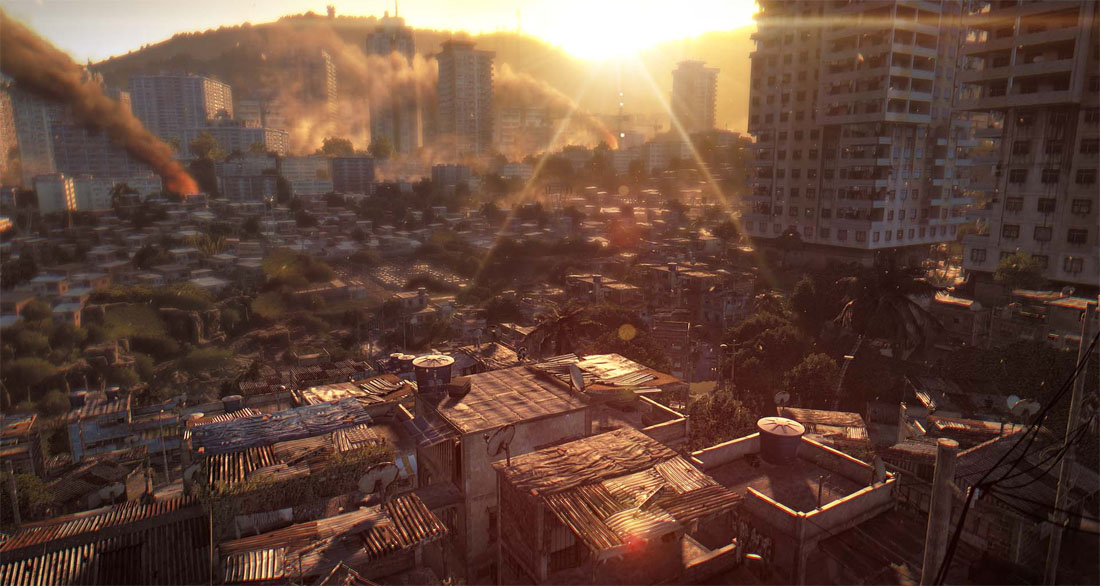 Dead Island developer Techland looks to spice up open-world zombie-survival with an infusion of free-running mechanics and a dynamic day/night cycle. During the day, players will scavenge for resources and rescue survivors while avoiding crowds of lazy zombies. But at night, zombies are more athletic and have higher health, requiring players to either evade them with distractions like firecrackers, or outsmart them with traps.

Dying Light will feature a 4-player co-op experience, and it will eventually bring PVP to its entirety of players. We’ve seen PVP implemented in games like this more recently, such as in Watch Dogs and Assassin’s Creed Unity.

A new wave of adventure games highlighted by Telltale Games’ projects, Broken Age, and The Vanishing of Ethan Carter are bringing the genre to new audiences. With Life is Strange, Dontnod Entertainment (Remember Me) are introducing a rewind-time mechanic so that players can change decisions they’ve made up until a given checkpoint.

Last month, Turtle Rock Studios (Left 4 Dead) let us test out their asymmetrical FPS/moba game, and we were intrigued by the depth of differentiation not only between the classes, but also the characters in each class. The game is also proving itself quite reliable as per our Evolve beta benchmarking. But perhaps what leaves the biggest impression for us is Turtle Rock’s community support: Once Turtle Rock releases DLC to increase the number of Monsters and Hunters available (3 and 12 upon release, respectively), people who don’t purchase DLC can still play in the same games as those with the DLC -- though without using the DLC characters.

On top of that, Evolve will also support local offline play so that four people can enjoy Evacuation, an amalgamation of all other game modes, as a couch co-op experience. Apart from indies like Towerfall and Starwhal and some horrendous sign-in hoops we jump through to get four people playing The Master Chief Collection on one TV, very few games out there offer local multiplayer experiences. Welcome back to the good ‘ol days.

Like the Grim Fandango, Majora’s Mask will be introduced to a new generation of gamers. Majora’s Mask remains to be, in some gaming circles, the best Legend of Zelda game to date. Nintendo announced at its most recent Nintendo Direct a special edition 3DS. Apart from the enhanced visuals, the game is taking advantage of the 3DS hardware to improve inventory access & management (touchscreen control), aiming and camera control (tilting the 3DS), and saving the game more frequently.

Majora’s Mask is further being optimized for the newest 3DS XL. The C-stick, which derives from the Gamecube controller, can control the camera, while the handheld’s Face Tracking ability automatically adjusts the projecting of an image based on the player’s viewing angle.

Ori and the Blind Forest

A whimsical, side-scrolling indie platformer is a game we’d think would be developed for a Playstation platform, but Microsoft finally has a stake in the genre with Ori and the Blind Forest. Developer Moon Studios’ second title is nonlinear in that players can choose their own path to completing each level, though levels are isolated instead of part of a continuous world; this is something we also experienced in Ubisoft’s Child of Light.

Its gameplay draws on classic side-scrollers like Metroid and Castlevania, with unique platforming mechanics and puzzle solving. For example, Ori can latch onto enemies or their projectiles and fling them in different directions. Abilities like this will help in solving puzzles where Ori’s required to break a wall or flip a switch. Visually, the game comes to life with fantastical settings, utilizing soft lighting and rich, diverse color palettes that vary from level to level.

Battlefield Hardline offers some familiarity with previous titles, but while waiting for the true successor to BF4, gamers may discover some redeeming value in this cops-and-robbers shooter. Hardline introduces five new gameplay modes (including cop car chases) and a new arsenal of weaponry and gear like handcuffs and tasers.

Although it’s not a reskinned Battlefield game, Hardline will feature “levelution” gameplay in which players alter the level’s design in real-time by toppling buildings and busting dams open.

It took over a year and unprecedented support from the PC gaming community, but Trevor, Franklin, and Michael are finally making their way to PC. GTA V has changed dramatically since its introduction on last-gen consoles. The most significant of these changes, aside from graphical upgrades on the new systems, is a first-person view.

Those who have played GTA V on PS3 or Xbox 360 can carry over their GTA Online characters to the PC version. They’ll also be rewarded with bonus content including weapons, missions, and vehicles, and more you can read about here. And with the impressive array of mods already available on console, there’s no telling what the greater PC community will be able to create and alter in Los Santos.

Part Dark Souls, part Devil May Cry, and wholly bleak. Dark Souls developer From Software modifies its brutally-challenging third-person action-RPG formula to make for a faster-flowing experience. Bloodborne will feature skirmishes with higher NPC counts than in Dark Souls and its dungeons will consist of procedurally-generated enemies, loot, and bosses. The game will also feature online co-op and PVP; however, we don’t know if that means players will get to control any of the game’s bosses. If you’re not sure about grinding out another From Software offering, keep in mind that Bloodborne was just named GameInformer’s readers’ most-anticipated title of 2015.

Okay, so this is one we’re throwing out there since it could make Q1, and we hope it will -- at least, as long as it’s a finished product.

We’ve been waiting almost seven years for the successor to MGS4, and after a lackluster Ground Zeroes, the time for a full-release title couldn’t arrive too soon. MGSV will offer a variety of ways to traverse its varying open-world landscapes including vehicles, horseback riding, and even rock-climbing -- all while retaining the game’s stealth-action signature. Combat introduces an ally-summoning ability so that Snake can get some in-battle assistance from various squadmates a la Mass Effect. A cinematic-driven experience in more recent years, MGS5 will devote much of its screen time to a voice cast that features Keifer Sutherland as Big Boss, or “Venom Snake,” and Troy Baker as Ocelot.

Gamestop currently dates MGSV for March 31, although the release date could be pushed as soon as February 24.

This concludes our list, but that doesn’t mean there aren’t other exciting games out there. We wanted to look more into indie titles, but usually release dates don’t get confirmed for those games until it’s close to the actual launch. Here are some other games you may be looking forward to in Q1: