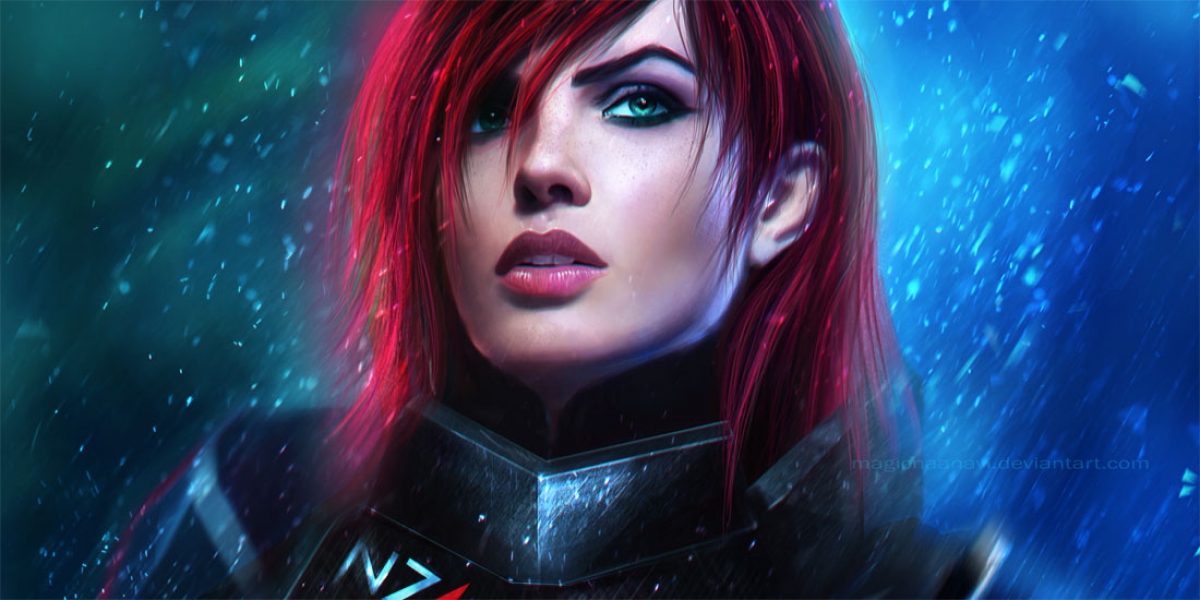 Mass Effect has always been an ambitious franchise that’s surprisingly deep in a few unexpected ways. The first title contained a library of lore that was supported by voiceovers and images. Players could land on non-campaign worlds and take down packs of Geth, freely roaming about in the Mako (a tank-like vehicle) and on-foot with Command Shepard and the two squadmates of the player’s choice. Mass Effect 2 went a different route in not only developing rich character relationships, but also creating extensive missions that further developed those relationships. Mass Effect 3 introduced a gameplay completion tie-in that matched up Shepard’s planetary achievements with his Alliance’s intergalactic struggle against the Reapers.

The series will continue to work with some of its core successes and enrich them further. As Flynn mentioned, his team is “drawing on [Mass Effect’s] own rich and successful past more than what [Dragon Age Inquisition] would say it should do.”

Bioware has modified its gameplay between games, but overall, they’ve engineered a Western RPG formula that is irresistible. Its campaign progression is fairly linear in that the player can gauge the checkpoints between each mission and determine how much exploring or side-questing can be done in between, but the universe’s personality fleshes out that time in between so that the player is always invested.

Player dialogue trees and near-tangible friendships give meaning to the player’s decisions, and the various activities apart from cover-based core gameplay are enough to satisfy 25-30 hour campaigns.

This comes directly from Flynn when describing how the Frostbite 3 engine can support larger Mass Effect environments. Unlike the previous games -- built on Unreal Engine 3 -- the Next Mass Effect will use the same engine we’ve seen in Battlefiled 4 and Hardline, Dragon Age Inquisition, and other EA properties, like Need For Speed Rivals and the upcoming Mirror’s Edge 2.

One key gameplay improvement for Mass Effect’s linear environments is constructing larger environments while maintaining, or even expanding, the density and depth of interactivity. Mass Effect has already illustrated dozens upon dozens of unique environments that we’ve visited at least once; however, the chance to explore and the depth of what’s offered as a result of exploring have not been fleshed out to the degree of, for example, an open-world title like Grand Theft Auto or Skyrim. Bioware is likely keen on making every experience for the protagonist tie into the context of the storyline and immediate universe, so they’re probably not going to introduce rachni daycare centers or interactive asari…”tentacle” salons, but they have an opportunity to encourage more varied player paths.

Additionally, some of the Mass Effect worlds we’ve already seen could use more exploration. I experienced a few moments of not knowing where to go on the Citadel, but I was always tempted to go up to every NPC to see if there was something I may have missed out on. That depth of interactivity wasn’t in the first three games, but it could make its way into the successor. The size of the environment doesn’t necessarily have to increase in order to support this, but breaking up the linearity with complementary gameplay would capitalize on the game’s attractive setting and deep context. 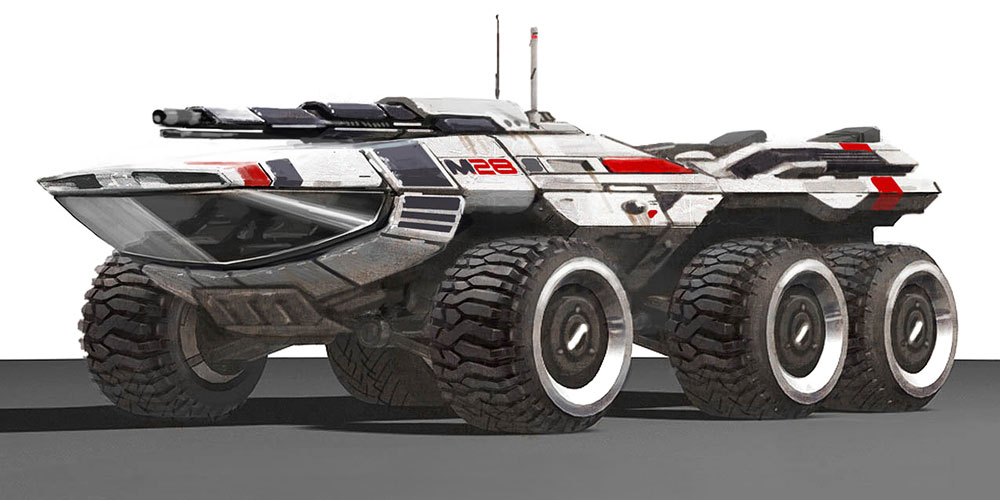 Mass Effect did little new in the way of exploration when compared to its KOTOR predecessor. That’s not a bad thing, as we were always conscious of what our primary & secondary objectives were. That said, the Mass Effect universe is sprawling. We’ve had the chance to land on a planet to take down a Geth base and mine the hell out of Titan’s iridium deposits, but we have seldom discovered something that provides significant meaning to our Mass Effect experience. Commander Shepard’s decisions and relationships carried the bulk of this weight, but with a new engine and more time between series entries, Bioware needs to offer self-discovery consistently and on a larger scale.

One point that Flynn made was that the Mako would “fulfill the original promise of that gameplay.” This means we already know the once-clumsy space tank-rover has made its way to key gameplay improvements. Hopefully it will still scale topographically-diverse terrain so that players can gain tactical advantages against enemies and discover loot and other goodies -- similar to what a horse is capable of in Skyrim.

Perhaps more promising for the series would be to put players in control of the Normandy, or whatever ship they pilot, in order to actually maneuver their squad through mass effect fields and through enemy fleets they danced around from the top-down view in Mass Effect 3. Yes, this introduces a completely new gameplay element, but utilizing Frostbite vehicle physics, and likely stripping down their mechanics to effectively operate, would satisfy a long-time hungering for those wanting to get closer to the skies they’ve looked up to.

If only Bioware could find a way to bring back Joker (but not his pining for EDI, please!).

Gears of War, Uncharted, and Mass Effect are three successful franchises that defined the previous console generation with cover-based third-person gameplay. We’ve seen very few titles continue this path over the last two years -- the upcoming The Order: 1886 being one of them -- leading me to wonder how much Bioware is investing in improving, or even using, its core combat mechanics.

I’ll take one step back: Mass Effect battles have mostly been constructed vertically, meaning players engage targets ahead of them from a 10-2 o’clock range. Shepard’s squad fires a few shots, moves up, casts a couple of abilities, and cleans up the mess. Providing more variation in environments and retooling how squadmates use their powers might open up the combat to a point in which player-based actions produce more fluid, but varied combat experiences.

The number of ways Bioware can open up combat is endless. Grant player classes the ability to place mines. Introduce a biotic power that generates a player-controlled decoy. Introduce jumping and jump packs.

What will really test Bioware’s approach is providing enough variety in the tactics. They’ve already done this with the different enemy types, but tying combat success to the squadmates the player chooses can get stale on a lengthy mission. Instead, provide more map variation, include a couple of item drops for tactical, one-time use, and, in general, make the player think as much about battlefield strategy as enemy-specific strategy.

So Much Further To Go 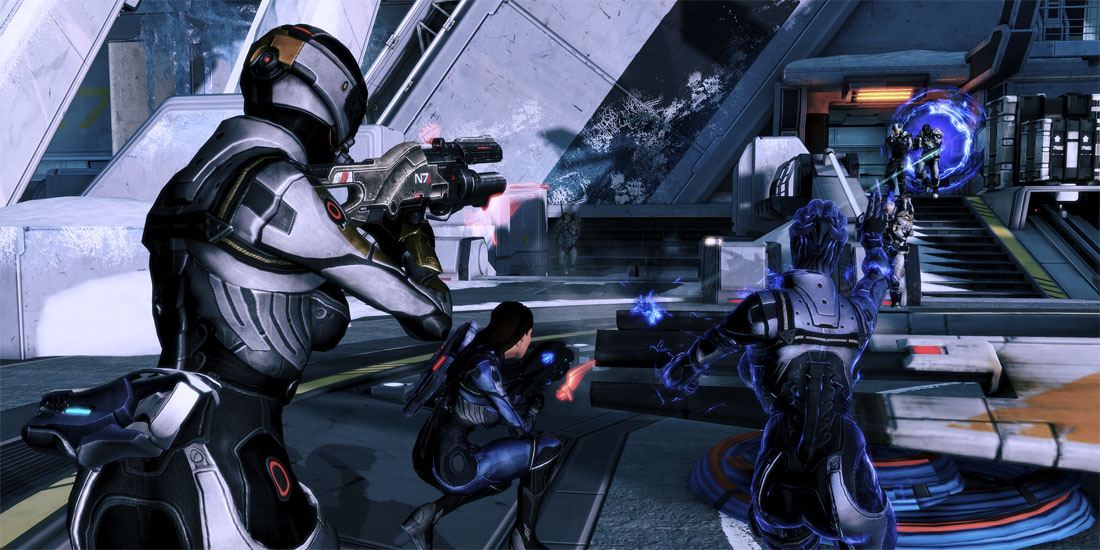 Bioware undoubtedly has much more to reveal this year about its next Mass Effect installment. We’ve started the conversation on GamersNexus by examining the core gameplay experiences, and in later entries, will delve into other pieces of the Mass Effect experience -- including multiplayer, co-operative, and social gameplay.

We welcome you to keep up with us as we offer our insights into upcoming Mass Effect developments.

Until then, I’m Commander stuBEEF, and this is my favorite gaming portal on the Citadel.