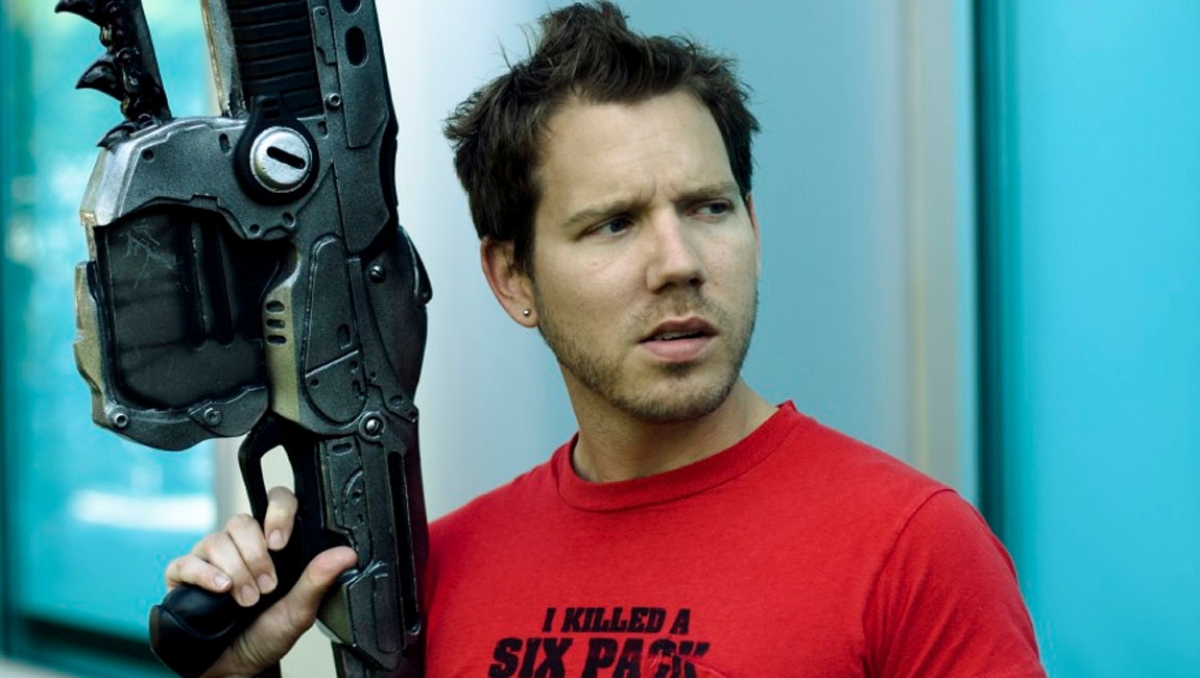 After leaving Epic Games, Bleszinski took off over a year, but then the urge to make games reawakened his passion and identity.

"Getting back to this industry meant a lot to me […] I realized I was kidding myself when I thought I was done […] I have made video games, it’s in my blood,” he recounted to the panel audience.

He interviewed with a number of AAA publishers, like Ubisoft, Nintendo, EA, Activision, WarGaming, and Microsoft, but was discouraged by those studios’ lack of a clear vision for producing the kind of games he wanted to make.

Bleszinski knew he had to take a different route to his heart’s desire. The veteran developer received an invitation from his friend Loni Peristere of Zoic, a studio that has produced multimedia for games including Arjan Brussee’s Killzone series, to attend a filming for the TV series Banshee. It was then that the dots connected for what would become Boss Key Productions.

“(On the set) it’s like 90 degrees, 90 percent humidity, watching this explosion go off. My eyebrows are almost gone, just destroyed. And I get a message from [Brussee] on Facebook […] and he says, ‘Hey, say hi to [Peristere].’ And I was like ‘Wait, you know him?’ He’s like, ‘Yeah, we worked together on the Killzone thing’ and he says… ‘Want to start a studio?’”

Bleszinski admired Brussee’s abilities to found a studio and persistence through managing publisher relations. However, Brussee was working on Battlefield Hardline, so he couldn’t leave a large project before a deal was officially signed. Nonetheless, Brussee was sincere with his invitation. At E3 2014, even while he was juggling two major achievements – an announcement of Battlefield Hardline, including its alpha launch – Brussee kept a burner phone to communicate back and forth with Bleszinski and his lawyers and signed the paperwork to his next studio.

Bleszinski and Brusee had co-developed the PC platformer Jazz Jackrabbit in 1994 for Epic Games – back then known as Epic MegaGames. Brussee went on to form Guerilla Games while Bleszinki directed Gears of War, so the two would see each other occasionally at shows like GDC – amicable toward each other despite producing console-exclusive titles for competitors Sony and Microsoft.

The studio is named “Boss Key” primarily for three reasons. Among a few, Bleszinski wanted to pay tribute to games like the Legend of Zelda series that require players to acquire a key to open a door to a boss. The namesake is also attributed to a key in the earlier days of desktops that, upon a boss walking up to an employee’s computer, could be pressed to pull up something relevant like a spreadsheet. Lastly, Bleszinski likes the contrast of the strong meaning to “boss” and the mysterious quality of “key.”

Boss Key Productions presents itself as a boutique studio of industry rogues – headquartered 30 minutes away from GamersNexus in Raleigh. They’re a tight-knit team of approximately 31 individuals, some of whom come from Epic (Cary, NC), and some from high-profile studios such as Red Storm (also in Cary, NC), Suckerpunch, Sony, and NeverSoft.

Professionals like Senior Gameplay Programmer Joshua Parker recalls being part of great teams in previous experiences, but working for large developers gave him less ownership and control of his team’s projects. Now he’s working ten feet from Blezinski and can easily get input on his ideas.

This close connection among colleagues encourages Boss Key to frequently try something that they otherwise couldn’t try in a more rigid AAA regimen and, if it works, produce it more quickly.

He recalled how at larger studios, people had roles that required them to manage others, and with that challenging oversight, a team member’s work could fall through the cracks. Now Bleszinski's in a role that fully utilizes his talent while holding him accountable at all times.

Art Director Tramell Isaac summed-up Boss Key’s outlook on the impact its game strives to have on gamers.

“For us, it’s more about sustaining the product. It’s all about making […] the first experience that you have probably the best experience that you’re going to have in the game – and then next week, enhancing it over time. That [outlook] comes from MMO space and FPS space. […] It’s a product that has a long life cycle.”

Blezinski opined that many multiplayer-based games are not providing enough engaging content to keep gamers coming back, and that the gameplay is not evolving enough to where it offers new mechanics & challenges.

With older IP like Unreal tournament, Bleszinski’s team could not make certain advancements because they would have significantly shifted the appearance of the franchise; for example, Epic Games could not add reloading to weapons. Boss Key does not need to think about this now, given that they’re creating new IP – one that could differ significantly from Unreal and Gears of War.

As Parker described, the team can experiment with movement and have interest in more vertical movement – citing Titanfall, but not restricting themselves to it. They can also work on enhancing the game to require skills for shooting while moving, as well as jumping or changing direction. They’ve worked on and observed the fine details of titles like Team Fortress 2, spotting details like gradually slowing down the player when they stop moving.

Parker added that they’re producing a game that will continue to challenge their most devoted players; even as a player is working toward 100 percent mastery of Project Bluestreak, they’ll discover that there’s much more for them to learn upon each playthrough. At the same time, Boss Key doesn't want to hand-hold players because their audience is one that’s skilled and experienced with a variety of shooters.

Bleszinski believes that perfect balance in a game is something that can’t be achieved at launch; this is partially because of the volume of characters, weapons, and playstyles in a multiplayer title – even when there’s a large consumer audience testing the product. He values having a patch as soon as possible so that it times with more people playing the game. And, as Parker mentioned, the players drive the balance, so the game won’t always be 100 percent balanced from week to week. Additionally, more weapons and features will continue to be released, naturally disrupting the balance to some degree.

Bleszinski also revealed some of his team’s thoughts on the free-to-play model, comparing the game’s monetization to going to Disneyland versus a trip to Las Vegas.

“I go in, and I’m having fun, and I’m eating at the Bengal Barbecue, and I’m buying Olaf the snowman and stuff […] and I’m walking around happy until I’m exhausted. But I spent a chunk of money. As opposed to Las Vegas where people are trying to force me to spend my money.”

Thus, the Boss Key vision for Project Bluestreak can be summed up in three steps: Build a great game, then build a great community, then focus on monetization.

Project Bluestreak remains a mystery, but we’re now acquainted with the people behind it. Boss Key will have high expectations in executing their first game well, both during launch and after launch.