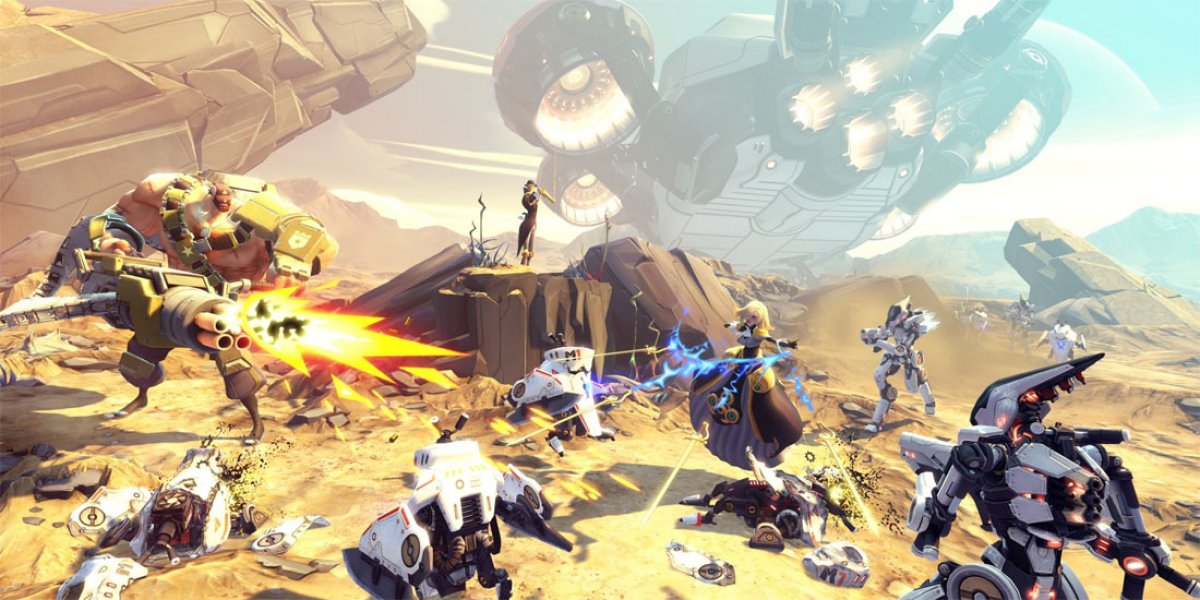 I was initially greeted with a character selection screen. It reminded me of a fighting game or, slightly, a MOBA UI. Ten icons with hover-over text described various strengths, weaknesses, and unique abilities of the characters. It's worth noting that, although ten characters were present in this demo, twenty-five characters will be available on release. Like a MOBA, your loadout bears no persistence – levels and skills reset between matches. Players do earn persistent, extra-game experience that unlocks persistent gear for characters, but everyone starts “fresh” at level 0 when dropping-in to a game.

My choice of hero, Orendi – a weird, four-armed cowboy-scarecrow-looking woman – was chosen effectively randomly. She turned out to be something of nuker, and it's partly due to her that I actually ended up enjoying the Battleborn demo. Her primary attack is straight-forward and launches a little magic ball at foes; right-clicking fires a small mass of them – like a shotgun. When I started using her other abilities is when things became a bit more interesting. One ability, and maybe my favorite, blasts a facing enemy and launches Orendi backwards, proving to be an incredibly useful escape from sticky situations. Her other two abilities required short channels but did massive damage, one in-line forward and the other was a targetable AOE. 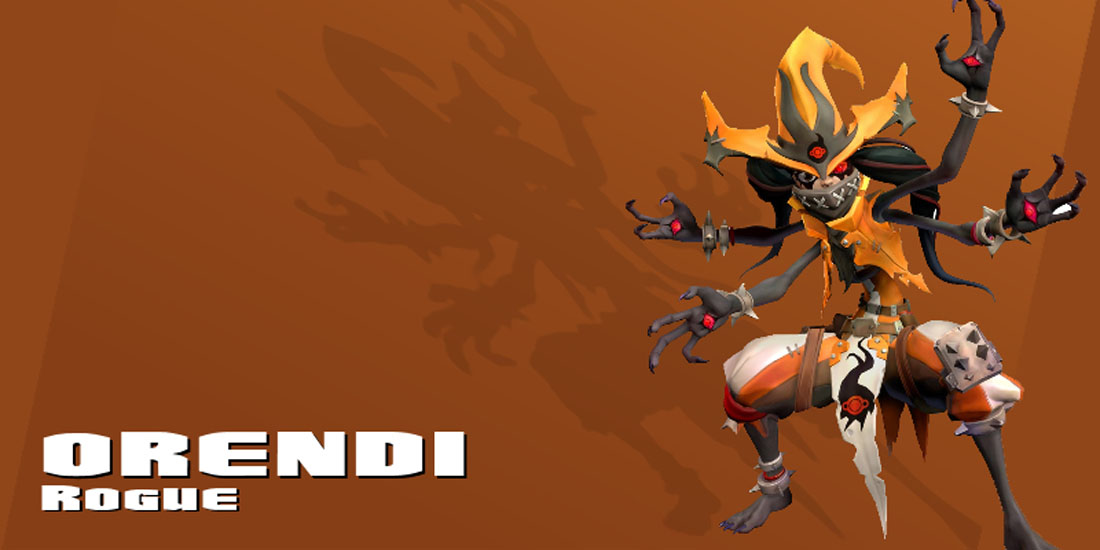 Contrary to my idea that the game was almost exclusively multiplayer, the demo we played was cooperative PvE and was pulled from the game's singleplayer/cooperative campaign. In it, we had various objects and fought different bosses. This is where the game reminded me of Borderlands, though – fighting the NPC minions wasn't the most exciting thing in the world as the enemies weren't particularly challenging or interesting – mostly different sizes of beaters that charged the players.

Several important aspects distinguish Battleborn from the previous franchise on a mechanical level. Importantly, there are none of the loot boxes that covered Borderlands in Battleborn – something we found unnecessarily grindy. Because there are no loot elements, combat focuses more on player character abilities and how you use them rather than how big the gun is. Even Gearbox's trademark humor was toned-down a little in Battleborn, instead of the overbearing fart jokes and dirty language that was the Pre-Sequal; Battleborn is left with just a handful quips and exclamations, none of which are offensive.

It may be hard to tell how much I liked Battleborn, and so I think it's important to outright say that I did enjoy it. On a mechanical level, the game plays fluidly and feels quick and uninhibited. The graphics are good enough and offer a fitting aesthetic. Input feels about right. The leveling and ability selection offers enough depth to grant multiple playstyles, but not so much that the game feels overwhelming – like some RPGs and MMOs might.

I'm looking forward to playing the game in multiplayer PvP more than the game's campaign missions. We know for sure that Battleborn will have three gamemodes, two of which are a standard deathmatch and an escort-style mission.

Battleborn is expected to launch on February 9, 2016.