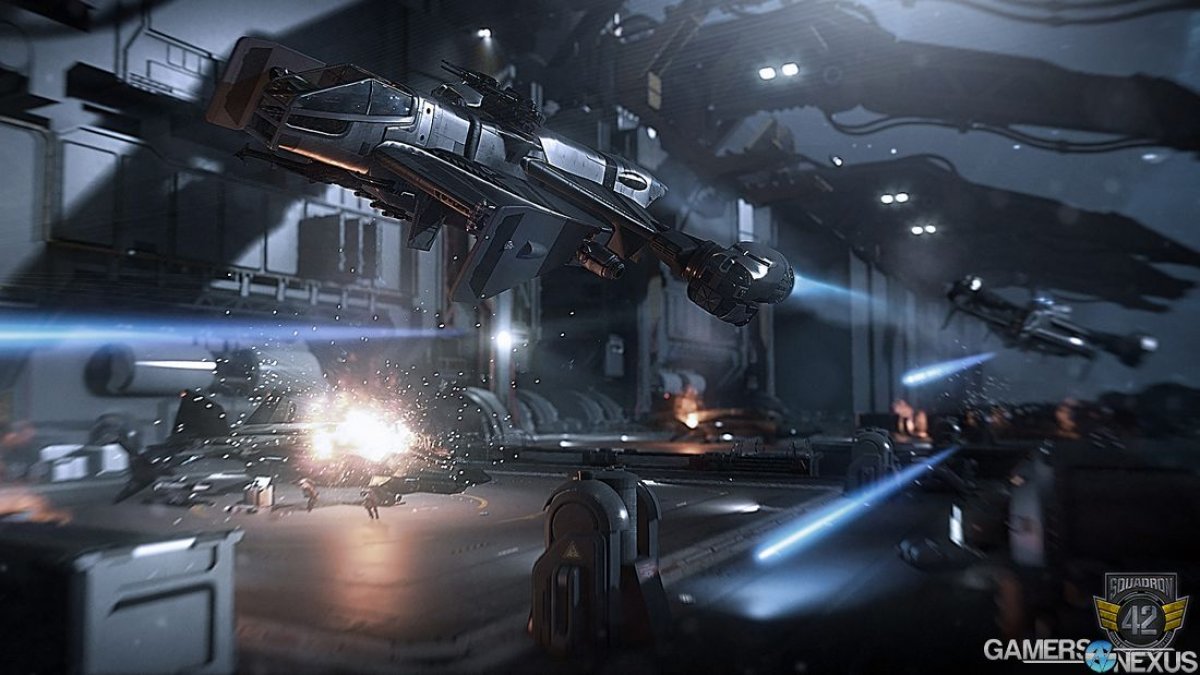 CitizenCon 2015, the fan event dedicated to Cloud Imperium Games' Star Citizen, today opened with an emotional speech from VP of Marketing Sandi Gardiner. The team then moved on to an upbeat “How Did We Get Here?” video, showing the ramping progression of the Cloud Imperium Games teams and events. The studio is now a global icon within the games industry, employing 270 staff across its Austin, Santa Monica, London, Montreal, and Frankfurt offices.

CIG CEO Chris Roberts went on to disclose, deploying between-the-lines commentary on recent events, that the CIG team has only increased in development staff, including an increase from 260 to 270 staff in the past two months alone.

Our definitive coverage of the latest CitizenCon event, hosted by Cloud Imperium Games at the Manchester Airport, dives into the A-list cast for Squadron 42, multi-crew ship demonstrations, and underlying technology.

Star Citizen's 2.0 alpha release was fully detailed in the presentation. Among other additions, the following items are of immediate note:

Players scan the region and find pirates nearby, commencing in multi-crew combat alongside a Hornet. Gunners are seen manning a turret as the pilot independently maneuvers the ship.

One of the players EVAs from his Hornet – a single-seat fighter – into an orbiting comms satellite with the goal of re-enabling it. The player pilots his floating character through the various tubes and pipes in the satellite, using in-suit propulsion to carefully travel through the corrdiors. The scene should feel familiar to Star Trek fans, who've undoubtedly seen Geordi crawl through various ventilation and access shafts within the Enterprise. 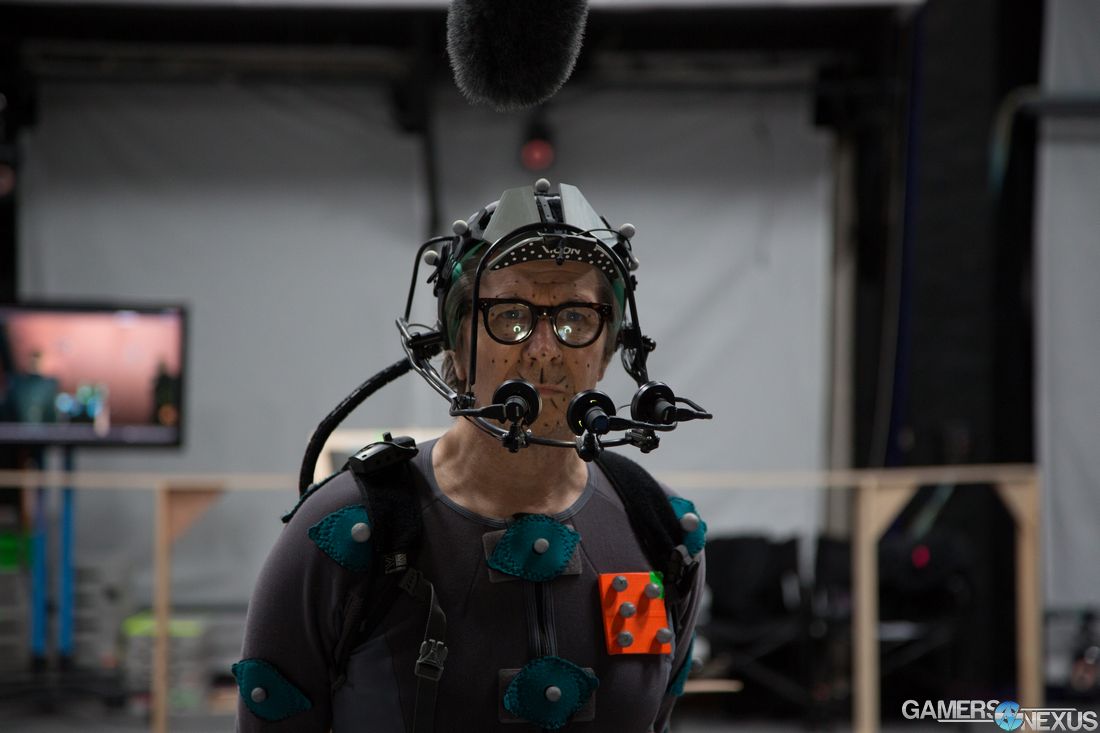 The biggest news of CitizenCon is its focus on Squadron 42, a critical aspect of the game that has remained relatively quiet.

Squadron 42 is the singleplayer accompaniment to Star Citizen, an open and persistent universe for single-, select-, or multi-player exploration and space simulation. The singleplayer game promises a grand campaign that aims to rival Hollywood production, an industry with which CIG's own Chris Roberts has extensive experience.

You'll find a few of the noteworthy actors below:

These are just a few of the known cast members. See the rest below: 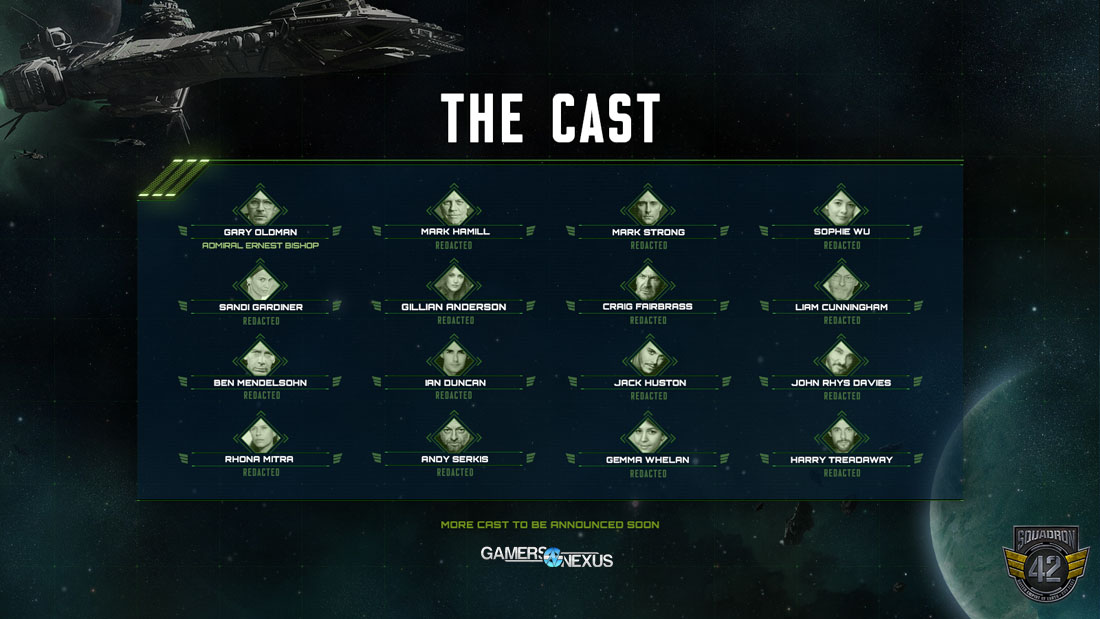 Our video coverage of the event includes some b-roll from the Imaginarium studios shoot, where Oldman, Anderson, Hamill, and other actors are seen in-character for the capture process. That coverage will go live within the first hour of this content's publication.

Gary Oldman provided some commentary on the production process, including his thoughts of dealing with Director Chris Roberts:

“It's like performing a scene in a movie, only instead of a film camera capturing it, it's the computer capturing it, and then you can put that person – that character – the director can go in and do a 360-degree shot, he can do a top-shot, a low-shot, he can push in for close-up. […] All those other many cameras and gizmos capture the physicality [of the performance].

“You are sort of handheld. You're led through it – Chris will lead you through it, because he really has immersed himself and created the world. […] What sets [Star Citizen & Squadron 42] apart from the other interactive games – and Chris articulates this better than me – what he wants is a relationship of the crew, of this world, [wherein] you could possibly get emotionally attached to certain people who may continue on in the game with you [or] may die in the battle. [It's] the same way you connect with a character in a movie, so it's really putting you, emotionally, inside the game.

“It was very nice to reconnect again with Mark Strong, who is a wonderful actor – he truly is a superb actor. Today I was working with Gillian Anderson, she was very charming.”

“The whole [Squadron 42] team – you've got those guys and girls at the computers, who are just completely and utterly immersed in and focused on this world. I've been treated very well, so it's been a really lovely experience. The crew and the people – everyone involved – it's been a really good experience.” 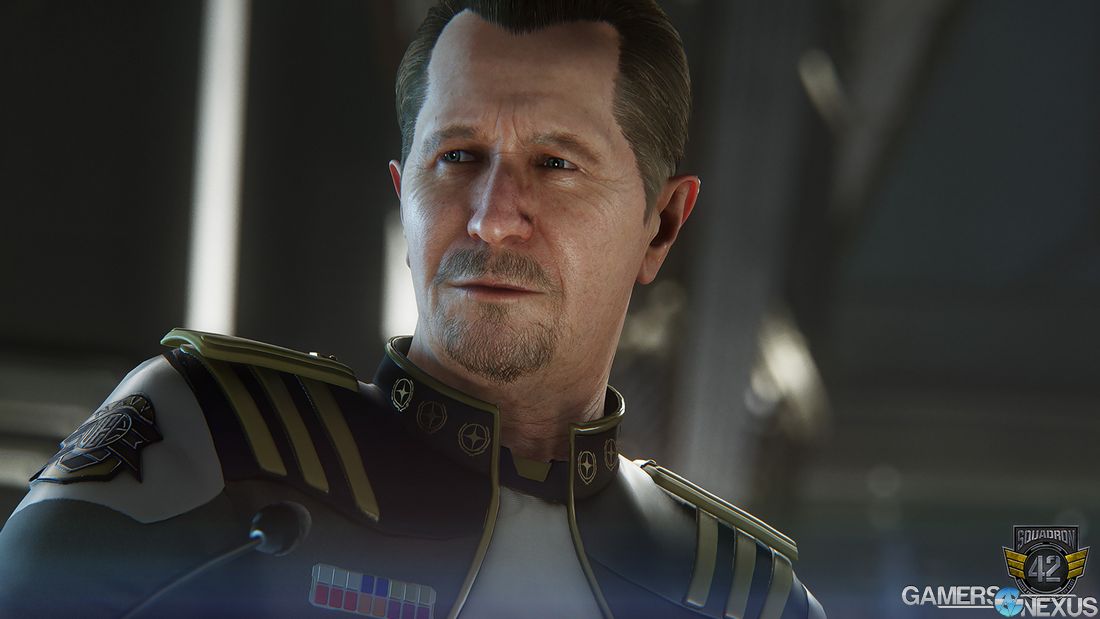 In the facial scanning technical video released to us and shown in the live CitizenCon demo, Content Technical Director Sean Tracy uses a scene in the UEE (United Empire of Earth) Senate to showcase the behind-the-scenes process. Oldman is seen performing an impassioned speech, delivered by Admiral Bishop, on the act of war with the Vanduul. That speech, in its unedited entirety, can be found below:

Additional coverage will be posted as we continue to dig through all of the materials and assets released to us for further analysis. We hope to explore, in greater depth, the process of capturing and building facial expressions within the Squadron 42 universe. Full gallery below for more images.