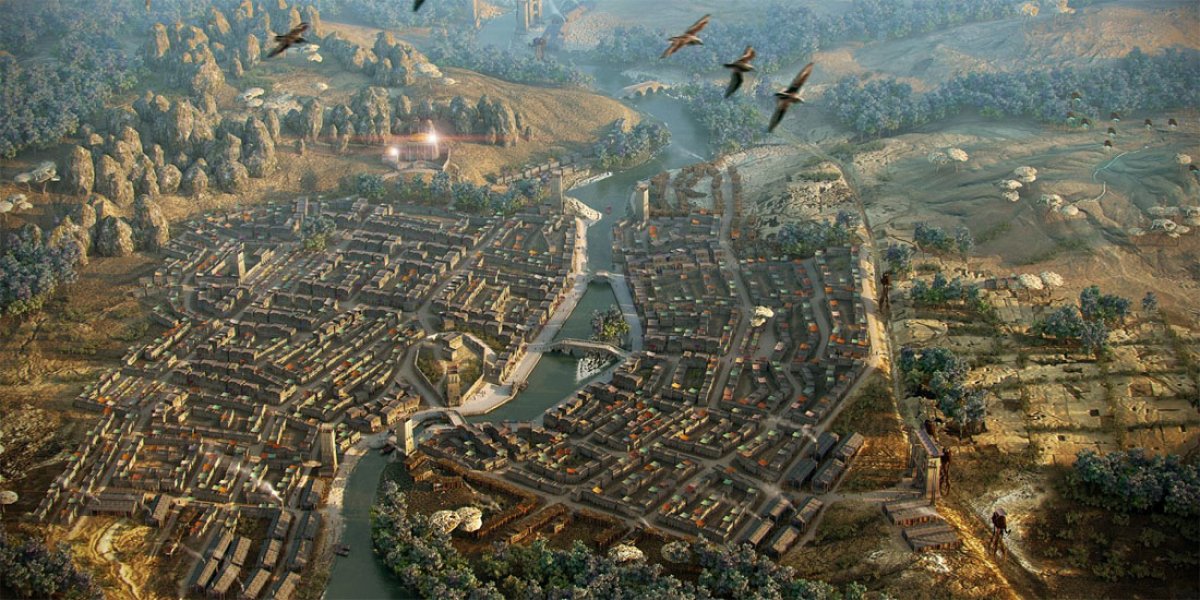 Morrowind is one of the most iconic role-playing games in history, known best for its fantastical landscapes, flying jellyfish, and, err, “waterlogged” NPCs in Balmora. Hey, we can't all be perfect.

Morrowind was first introduced to the world in 2002, rapidly achieving critical acclaim in the charts and becoming a Game of the Year title. We even interviewed Morrowind's Ken Rolston in 2014, now working at Turbine, about his contributions made to the game more than a decade ago.

For Creative Lead Rolston, the game is – quote – “like jazz – so many notes that you may not like all of them, but you have so much to choose from that it's exciting.” In our 2014 interview with the former Morrowind Dev, Rolston even commented on Oblivion, stating that “when you look at a product like Oblivion – far better software. But in Morrowind, there's so much delicious nonsense.”

We couldn't agree more, and that's perhaps why the modding community is still fully alive today. Even if looking outside of Morrowind's unarguably aged software, relative newcomer Skyrim is brimming with re-imaginations of the game's key territories – even its entire continent, in some cases. Skyrim has an endless supply of mods and references to the third game in the series.

There's lately been much discussion of multiplayer Morrowind and ground-up, re-imagined Morrowind mods. They've both been tried before; in Oblivion, too. Re-adaptations of TES games have rarely seen full delivery due to the overwhelming nature of such a project, and multiplayer attempts have often fallen short. Just on the multiplayer side, we've tried almost all of them, usually ending in frustration as the best-case scenario is simply seeing the other player, if not all of their clothes.

But the current suite of mods hopes to properly re-create the game in newer engines, some even with multiplayer add-ons.

Let's talk about the differences between the three, Morrowind-related frontrunners: Skywind, Morrowind Rebirth, and OpenMW. 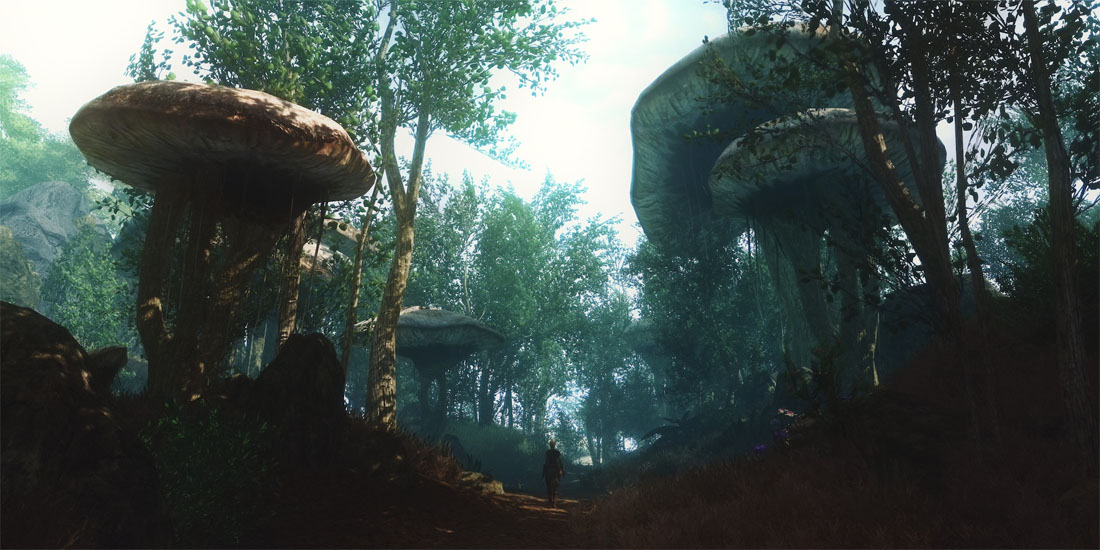 Skywind is probably the most discussed in past months. This is a mod of Skyrim, hence the name, and uses Skyrim's more mature engine and updated game mechanics – including updated combat and spell mechanics and interfaces – as a backbone for a pure Morrowind recreation. Skywind does what the old Baldur's Gate II Redux mod was attempting to do in Dragon Age; it rips data from an existing Morrowind installation and ports it into the Skywind mod, as executed using the TESV executable. Back when we were helping the Dragon Age modders with their Baldur's Gate II remake, this was strictly for legal reasons and to force ownership of both games. That's probably what the Skywind team is doing here, too.

Skywind is currently in an alpha state and not publicly playable. The mod is completely remaking all of the textures, meshes, models, and effects, providing a visually updated look for Morrowind. Some of the game systems are mixing – crafting and smithing, for instance, will be available in Skywind; the skill-tree may be overhauled or mixed-and-matched, too, since Morrowind had 27 skills and Skyrim only has 18. 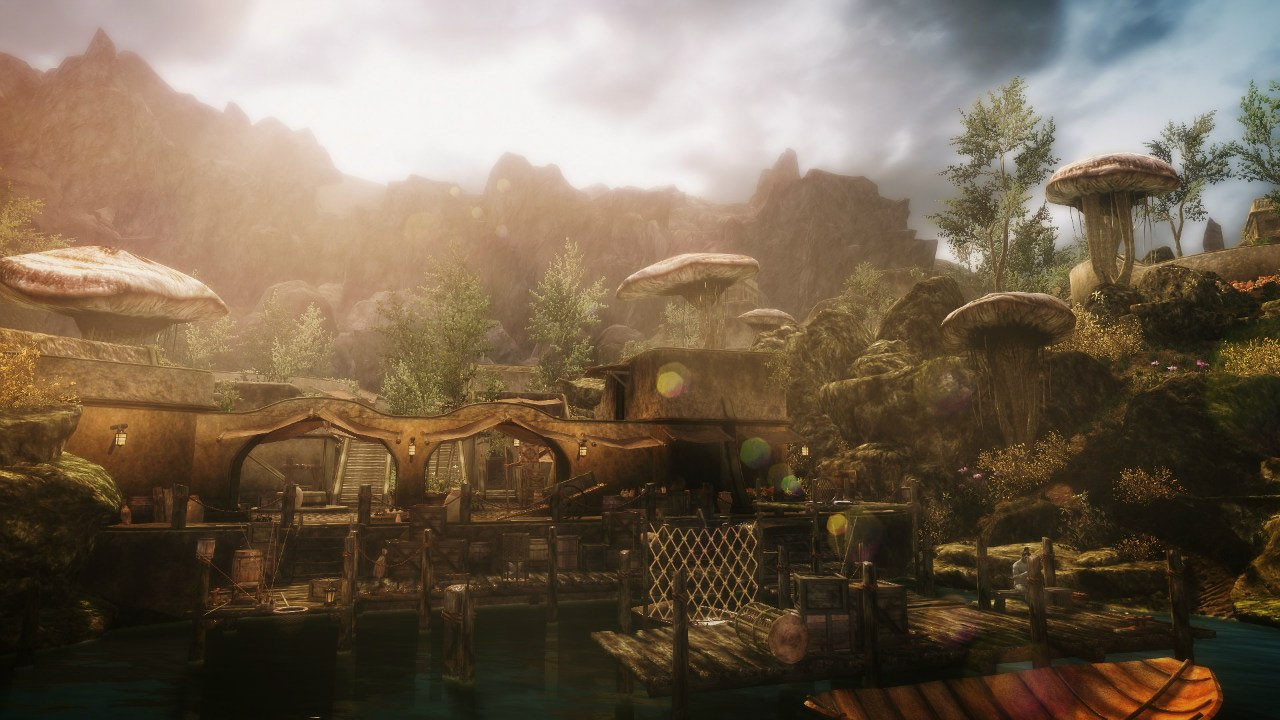 The mod is ultimately an updated look and engine for Morrowind, but will contain all the same Morrowind cities, locales, NPC dialogue, and quests. If completed, the modders hope that Skywind and Morrowind will be effectively indistinguishable in terms of core gameplay content, but improved by way of visuals and engine mechanics. There is no public multiplayer plan for Skywind at this time. It is purely a 'revival' of Morrowind on the Skyrim engine. 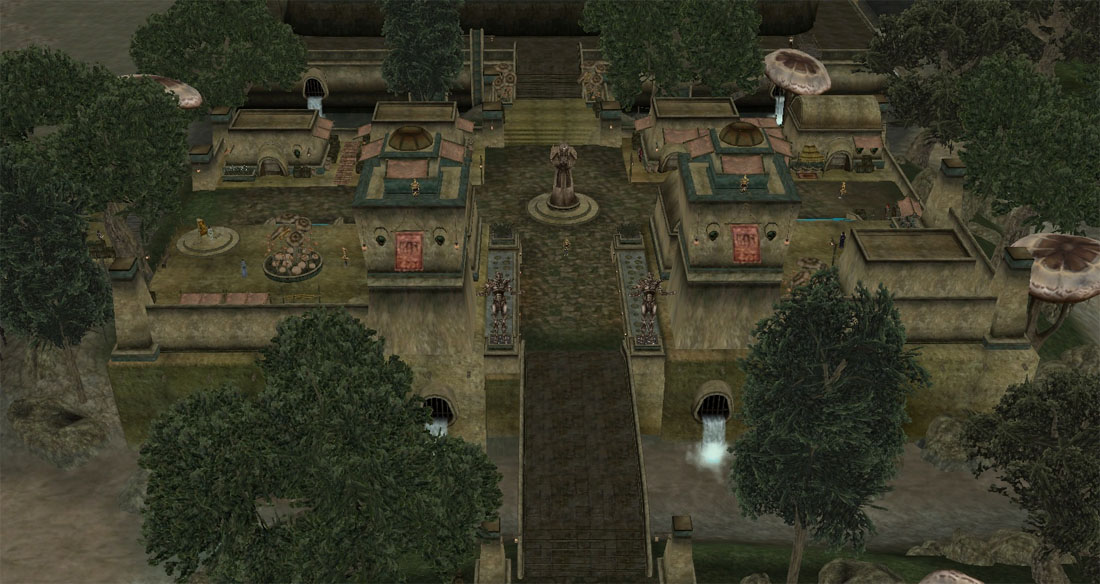 Morrowind Rebirth is similar in some ways to Skywind, but made by a completely different team and with different objectives. This mod, born in 2007 and updated as recently as December 31st, 2015, is a complete graphics, sound, and feature overhaul atop the existing Morrowind game and engine. Morrowind Rebirth is in version 3.5 right now, and already features rebuilt cities, new places to visit, more than 20 new creatures and monsters, bug-fixes and balance tweaks, new music, denser cities, and more.

The mod is compatible with most texture replacers and mesh enhancement mods, but does make some of its own seamless texture changes to remove those unsightly tiling effects seen in Morrowind. Unlike Skywind, Morrowind Rebirth lives within the Morrowind toolset and executable entirely, and does not make use of modern engine tech. This is a more mechanically true mod to the original Morrowind experience, but is hamstrung in a few technological ways. For players who'd rather experience the look-and-feel of Skyrim's combat or overall gameplay, but want a Morrowind world, this won't do it for you. But for anyone who's still in love with Morrowind and wants to add-on to an already-great game world, Morrowind Rebirth is worth a look and already available for download. 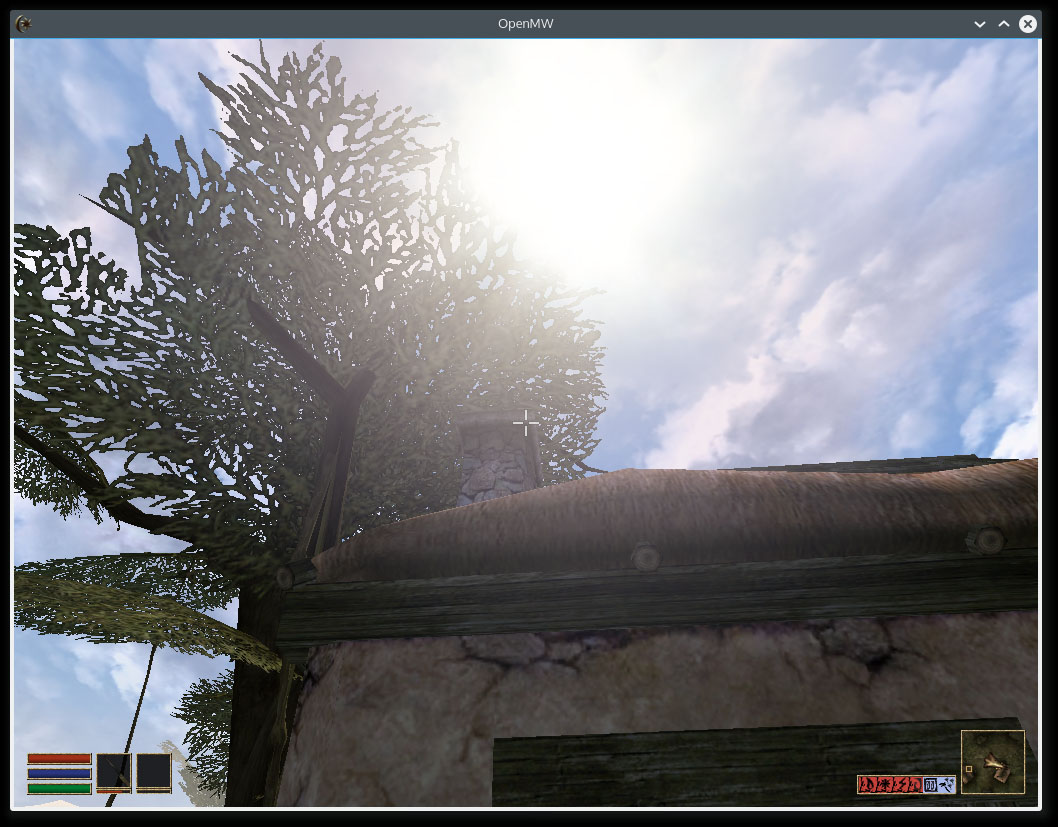 The last of the Big Three Morrowind mods is Open Morrowind, abbreviated by the modders as “Open M-W.” This is a younger attempt at Morrowind-inspired modding and exists only in version 0.37 as of now. OpenMW builds a completely new engine for Morrowind, including a graphics engine rewrite, new renderers, and scaled graphics-hardware capabilities. It is with these tools, especially the new engine, that OpenMW modder 'Okulo' has been able to push for new bloom effects, shaders, and the implementation of other modern graphical FX for games. Interestingly, it is also introducing multiplayer and already has a functional multiplayer demo.

OpenMW's multiplayer won't be finalized and fully supported until much later, but its current state allows for players to see one another, accurate item depiction as equipped to characters, stats and location mapping to the other player, and basic movement. That's about it right now.

As for the core focus of OpenMW, the mod is an open source engine that's been created to run Morrowind, but with a new editor and new graphics capabilities. Okulo hopes that version 1.0 of the engine will allow players to create their own games from scratch – a much different target than the previous two mods – and will support content imports from Tribunal, Morrowind, Bloodmoon, and other user-made mods. If this works out, it means a large mod-base on the day of the engine's launch.

Version 1.0 will also aim to improve Morrowind's interface, physics and AI – though, truly, Cliffracers are flawless! – design bugs and saving glitches, journaling, and graphics. The engine creator has also indicated a wishlist for Android and iOS support, which has as many interesting implications as you're thinking of right now.

Morrowind reserves a special place in the heart of gamers. We're hopeful that some of the nostalgia can be recaptured and overhauled with these three very different, unique, and inspiring attempts at modding. Learn more about OpenMW at OpenMW.org, learn about Morrowind Rebirth on TES Nexus, and learn more about Skywind at TESRenewal.com.