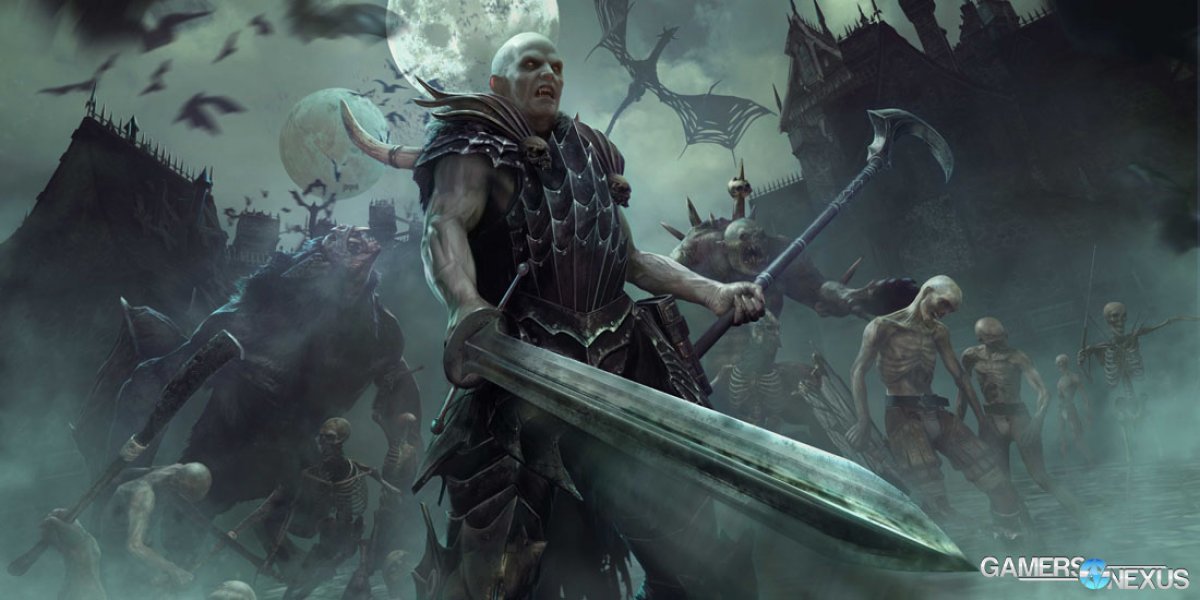 At GDC (full show coverage here) this past week, Creative Assembly appeared in force to present “Total Warhammer,” alongside the major “Vampire Counts” army reveal. For the Total War series, the Vampire Counts present a vastly different experience to players than other prior ‘races’ in Total War. Personally, it was also a little nostalgic -- the Vampire Counts were the first Fantasy army I picked up. Al Bickham emphasizes in our (above) interview that Vampire Counts clearly presented the asymmetrical nature of Warhammer armies that was heretofore unseen in the Total War franchise. Before, in Total War, every army had access to the same -- or very similar -- sets of units; every faction had ranged units, spearmen, mounted warriors -- they were all fairly equal. Vampire Counts bucks the trend: they have no ranged units, and they’re not affected by morale in the same way as other factions, either. Where puny humans or wimpy goblins run when the going gets tough, the undead simply crumble to dust. 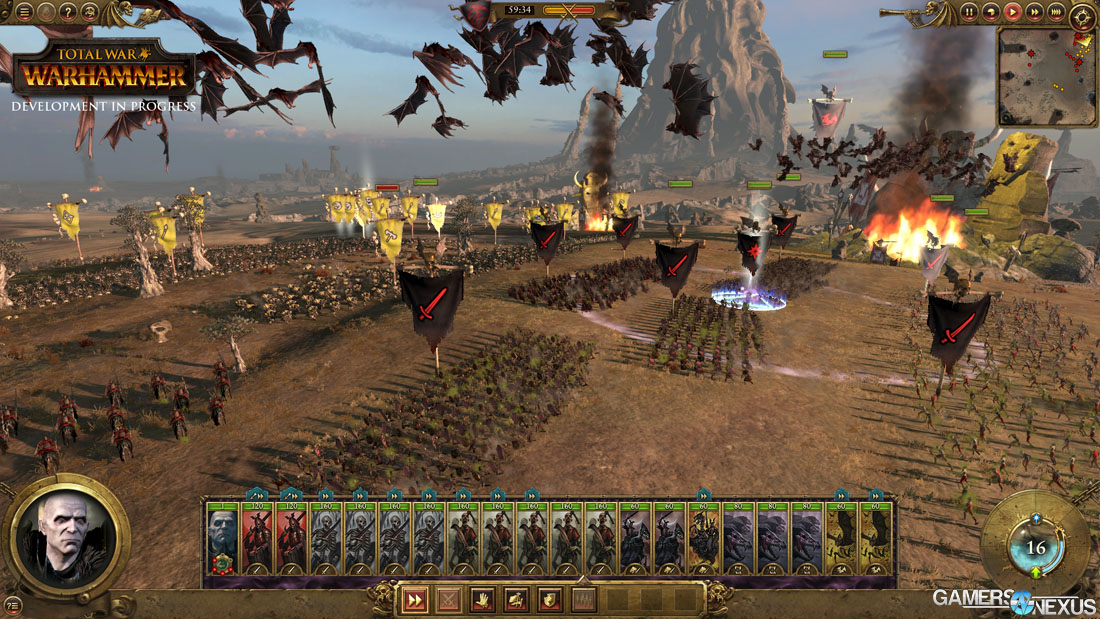 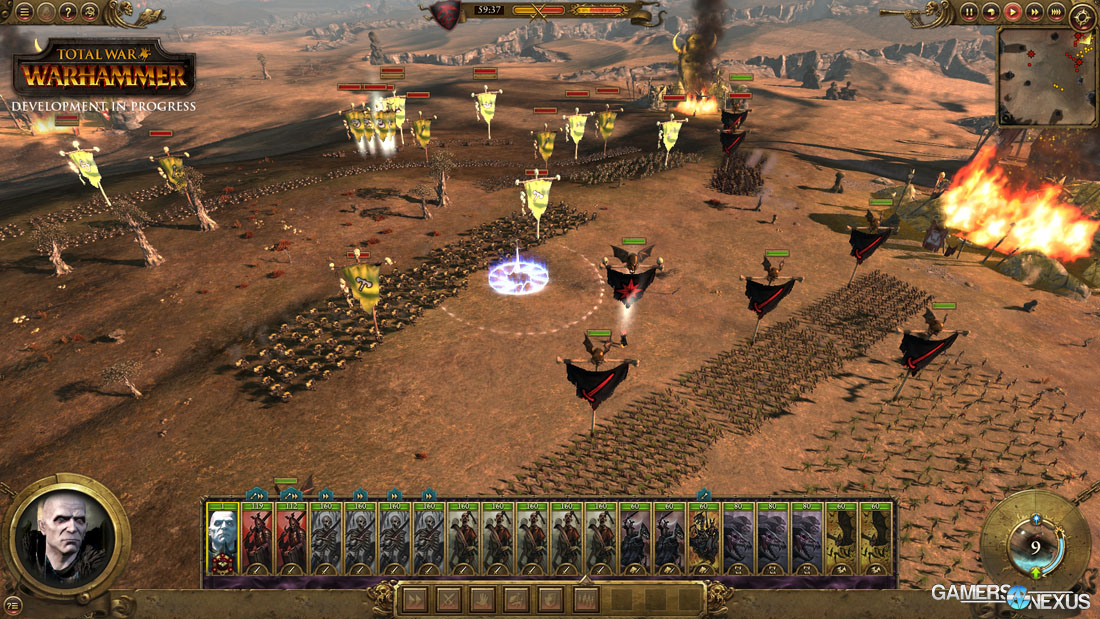 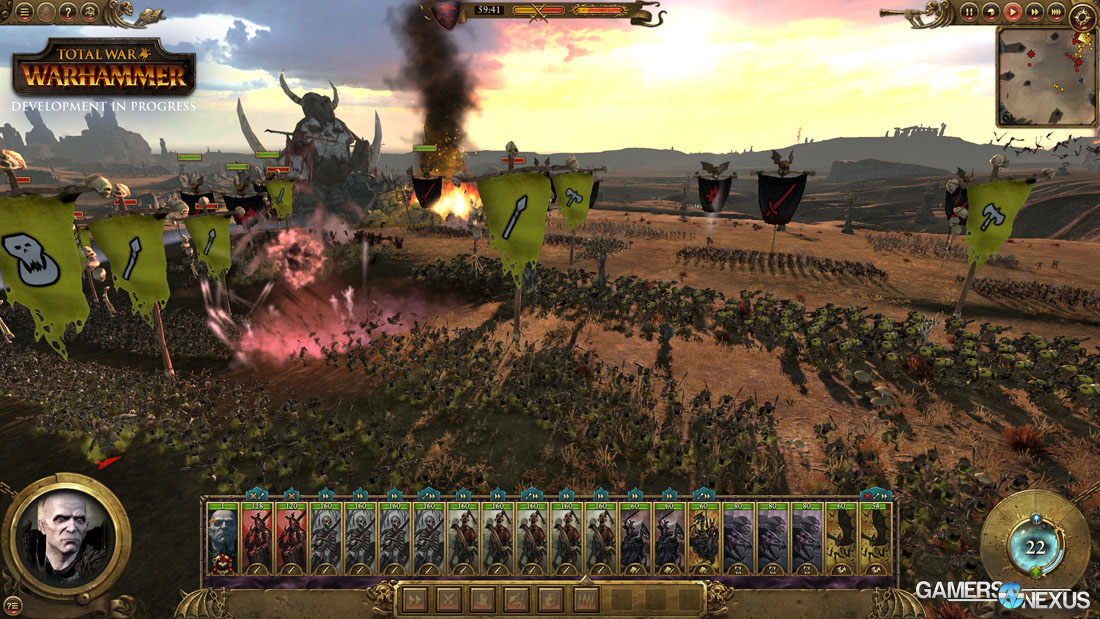 This may seem harsh, but another distinction for the undead is the ability to raise more of their own during the battle. Undead skeletons and zombies can be raised around the battlefield (given an appropriate Lord on-site) but importantly, they can be raised in a position to out-flank or cut-off enemy units. The raised units are limited to never exceed army sizes and are weak, but useful strategically (sort of like Total War’s low-tier, peasant-class units).

On top of all this, Total Warhammer features a complex, deep hero system that brings to life epic heroes of the Warhammer world. Each army has two heroes from the fiction in the game. In the grand campaign map, they act like generals from previous Total War titles. In battle however, Lords become a force to be reckoned with; Lords and Heroes have spells and special abilities to set them apart from other units in ways measured by the corpses in their wake. We watched closely as our heroes tore through entire ranks of low-tier units, barely taking a scratch; the match was more even as high-tier units engaged (demanding some back-up for the hero), and we’re excited to see what sort of “last stand” saves emerge from this mechanic.

Vampire Counts will have Heinrich Kemmler, the lich and necromancer, as well the mighty Mannfred von Carstein -- a character I only ever dreamed of owning and playing on the tabletop. Heroes in Total Warhammer are backed by skill trees that allow specialization in skills and spells, but can also be expanded with items earned from conquest and quests. One of the items described to us by Bickham was the “Terrifying Mask of EEE!” That gives heroes “Terror,” meaning enemy units will fear and flee from them. 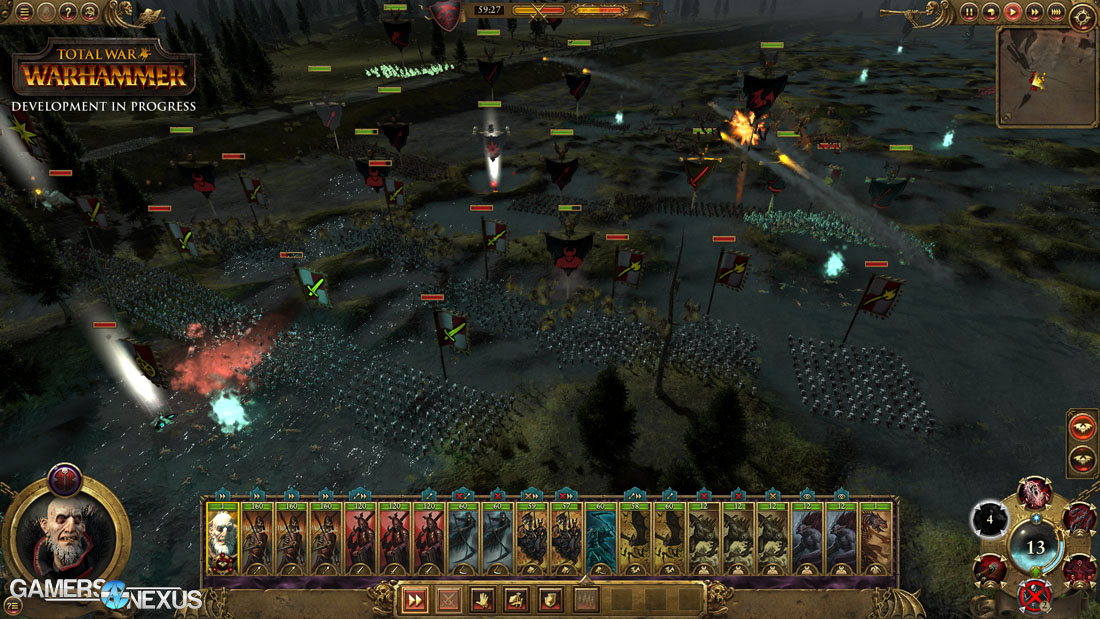 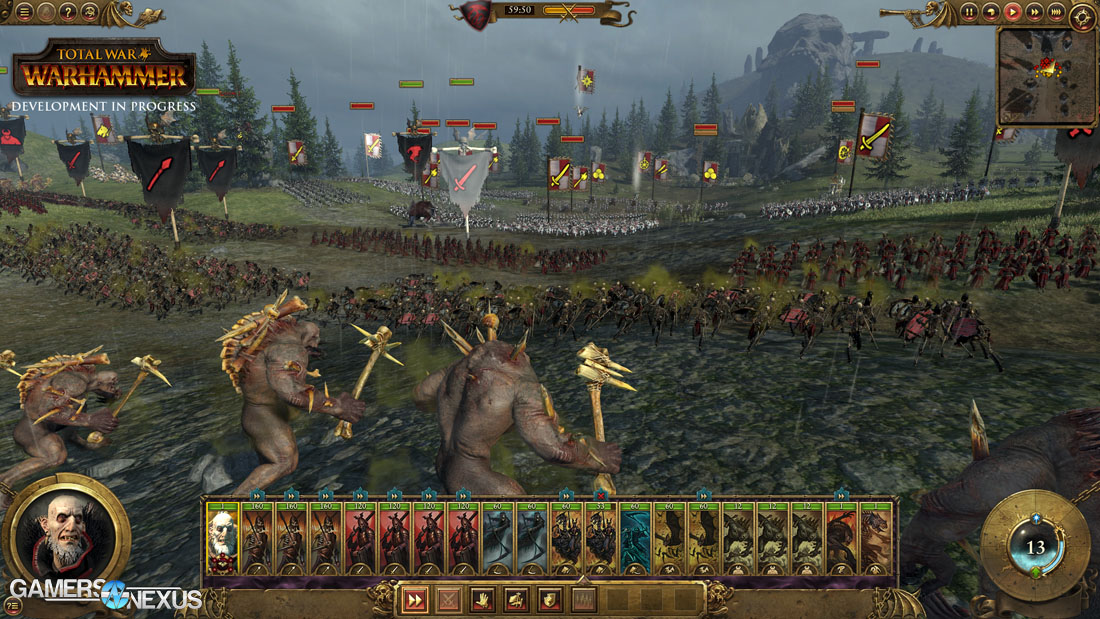 Heroes/Lords act as a mix of Agents and Generals in the previous Total War games, but with significantly deeper skill trees and singularly-controlled battle map representations.

Creative Assembly emphasized Total Warhammer’s faithfulness to the tabletop series -- and their GDC demo sells that point for the Vampire Counts. The Vampire Counts will be joined by the Empire, the Dwarves, and the Greenskins in the first installment of the series. There are two stand-alone expansions along with DLC planned for the future that will bring all 16 factions from the tabletop game to the Total War iteration. With all this content, the entire Warhammer world will be accessible for players to conquer. Total War: Warhammer is set to launch on May 24th, following a slight launch slip that granted time for polish.

Check the above video interview for more depth as provided directly from Creative Assembly.