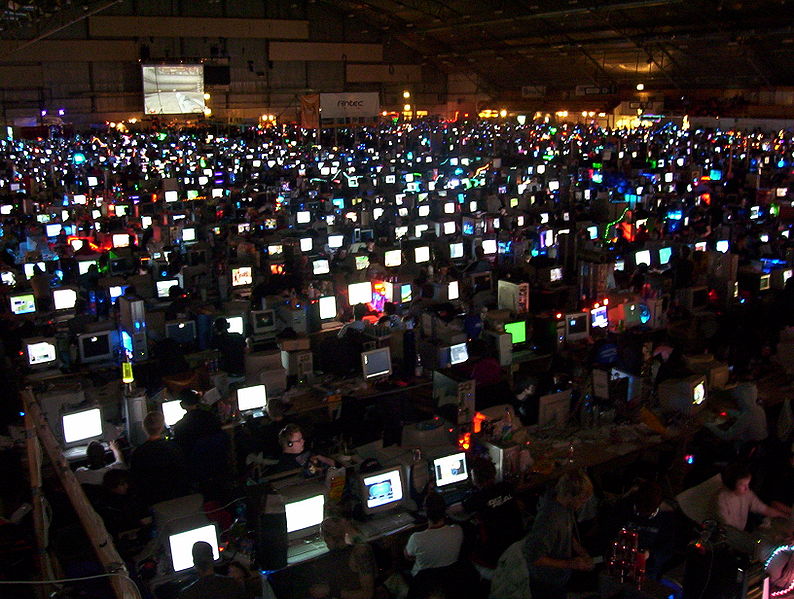 You are on a gaming website, reading an article about gamers, and likely admiring the box art on the left side of the screen (made you look). You are a gamer, a part of a special breed and a member of a unique subculture. We're outfitted with our own language, often varying between the hardcore and the forumites; our own traditions, including April fools site overhauls, t-bagging, griefing, and rick-rolling; we even have a code, sort of the unspoken laws of the Internet: don't hack, don't speak of piracy on official forums, don't spam friends when they scrim, and depending on what platform you game on, for some unfortunate reason, flame all who speak of competing consoles. But what does it actually mean to be a 'gamer'?

Gamers are quick to hate and even quicker to unite, especially if against evil publishers or uninformed lawyers. They stand together against a common flammable cause, like the over-abundance of politicians who put us down every year or the one hacker in a favorite server. The point is, gamers take care of each other when the flak comes flying. Think about it for a moment: you've probably defended someone on a forum or in a game, flamed someone on behalf of a friend, and even fortified your gaming beliefs in the 'real world,' despite being surrounded by naysayers.

We are a subculture that has replaced race with genre and gender with console. There is genre-stereotyping, and all those dedicated to a particular category of games are willing to flood comments in opposition of the other. Read the comments on any website and they inevitably devolve into an all-out firefight, often triggering postings such as “IBL” or “Godwin's Law.” MMORPG fanatics can be seen readily accusing FPSers of being mindless, meanwhile the masters of micro – the RTS masters – play the “ours is the only genre with thought/skill” card. As a fan of all genres, I've taken part in several such conversations.

Notwithstanding the differences, all of us love gaming, and we're willing to die (virtually) for our viewpoints. At the end of the day everyone gets along. Put a group of gamers in a room, a real room, and they'll act just like they do online, and love every minute of it.

The word 'gamer' has a certain meaning to it: a feeling of accomplishment and relevance. True gamers bear their badge proudly, and the term is given as the highest of compliments. There are thousands of people out there who undeservingly brand themselves a gamer, but we know what the difference is. Gamers are the people who can follow this article without once googling acronyms and phrases, without scratching their heads in disbelief. Self-dubbed 'social gamers' are mere wannabes, and would never make it a day in our environment because we're unique, and to quote Joss Whedon, “that makes us mighty.”

It's a culture we unwittingly created, one that has surpassed motion pictures in yearly revenue, one that is so undeniably complex the old-school media is baffled by our existence. The gamers are leading a technological revolution, and I'm proud to be a part of it. If you'll pardon me, I have to go ignite a flamewar somewhere; it's how I show love.