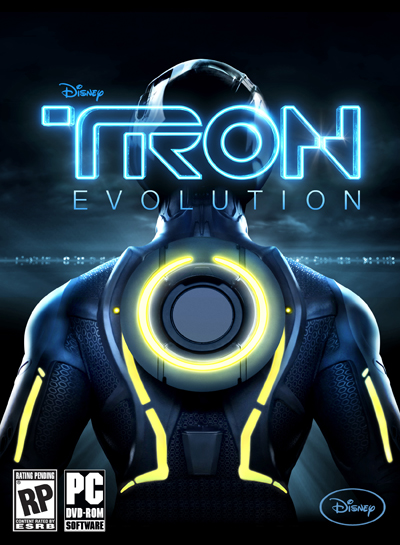 Victoriously returning from the magnetic grasp of skepticism, Tron: Evolution races toward market-wide acceptance. Initial impressions were less than amazing, and unfortunate events magnified the uncertainty of this writer immeasurably; however, my recent interview with Darren Hedges, a Director at Propaganda Games, revealed the many hidden intricacies of Tron. Although I still reserve a healthy hesitation with any franchise- or movie-based game, especially given Disney's history of sub-par titles, the future of Tron is somehow different, we explore exactly why below.

For fear of purchasing another 'movie-based game,' I asked Darren about the ties between Legacy (the upcoming Tron movie) and Evolution, "We share the name and, to a greater degree, the look. We're not actually tied to anything they're doing," later adding, "the purpose is to have a trans-media event, where you play the game and see some of the results in the movie, or [vice versa]." My fears absolved, we continued into a more development-based conversation.

Gamers Nexus: Tron is unique market opportunity. Do you plan to captivate all three corners of the gaming market? Those being the older, more cult-like followers of Tron, hardcore gamers, and of course the younger audience.

Darren Hedges: Tron is kind of a holy grail in and of itself; it's got such a cult following. It's been a labor of love to make sure we hit not only the fan's expectations, but also the hardcore gamers - people that would really want to get in deep and play this game, but also try and capture the new fans of Tron. We have a feature called persistent character progression for that reason.

GN: Tell me about this feature.

DH: We have 'disc stations' littered around the world, allowing you to seamlessly transition from singleplayer to multiplayer, and then back where you left off. Anything earned in multiplayer is brought back to singleplayer, and vice versa.

GN: Is there any fear about running into the very stereotypical glitches found in movie-based games due to a shortened development cycle?

DH: We're trying to have a very agile-based process. We're building and concepting each of the features of our game and getting them to the shippable standard, so we can ensure everything we put out is as clean as it possibly can be. I can't name any game off the top of my head that doesn't come with some bugs when the game ships; but I know you're going to see Tron being a much cleaner franchise-based video game.

GN: Do you see games becoming more mainstream in Disney's future, rather than just market add-ons to movies?

DH: [Tron] definitely is more of a mainstream game. It was built to make sure we didn't fall into the same trap that most movie games fall into. When you look at what we're going to release in the coming years, you'll see quite a few games that don't follow the plotline exactly. Tron takes that one step further: the film makers have their story, and we are telling a different story. We want to tell something that compliments and doesn't just regurgitate.

GN: At PAX, I was told 30 people are on the team, and the game has been in development for 15 months.

DH: Actually, the team size has - at times - been well over 200 [including external vendors]. Propaganda had ninety-odd people working on it at one point. Early concepting started in late 2008, but we've been in development for 18 months.

GN: I'm guessing you have a lot of game testers?

DH: [Laughs] We have a whole floor of them!

GN: What order do you recommend: movie or game first?

DH: Honestly, you should play the game first. You see a lot of characters that actually start off in Evolution, and you see how they progressed in the world when you see Legacy.

GN: In closing, what do you most look forward to playing or bragging about in your game?

DH: Multiplayer. I love our multiplayer modes. There's a couple of very Tron-specific game modes, and we play test them every single day for like four or five hours a day. It's a riot. Having played a lot of Counter-Strike, Doom, Quake, Call of Duty - you can go from being on foot, to a tank, to a light cycle all in one map. I don't think you're going to see anything like it for quite some time.

Disney and Propaganda are going through great pains to include all audiences in the same way the movie does. However, many games (may you rest in peace, APB) have greedily grasped out for a larger audience, only to fail and vanish forever more. A boundless budget could not accomplish many of the aspects Darren boasted of, and ultimately, it will come down to whether or not Propaganda and Disney invest the time post-release to balance multiplayer, add new content, and if lucky, open some doors and tools to the modding and mapping communities. Disney is still considered a naive corporation in the gaming world: applying the same closed-off, 'we can do it better' outlook on games reduces the replayability of a title that would otherwise be modded into the next decade. This is of little concern, though - if Evolution can deliver as intended, the ability to modify content will be forgotten underneath the weight of its own entertainment.

That said, some of the features are extremely promising, and should definitely be nominated for use in games of other genres and platforms. Propaganda's approach to ridding of a dual character progression between singleplayer and multiplayer by using the same streamlined character is a welcome change. Their in-depth analysis of all games currently on the market, including what is adequate and inadequate in titles like Mirror's Edge, Assassin's Creed, or Prince of Persia demonstrates a willingness to grasp out to the more matured gaming audience, taking a step away from Disney's predisposition to kid's games. We've all grown sick of the overabundance of Halo's, CoD's, and Gears of War games; Propaganda's plans to create a multiplayer game that can span from friends racing light cycles, completely non-competitively, all the way to scrimmages and duels among the elite is refreshing, and if nothing else, more 'mainstream' gaming companies should follow suit and develop something unique.

What do you think? Is it possible to satisfy so many different groups sufficiently enough to maintain an audience? Comment below.