Setting out to remake one of the world's most venerated RPGs is a daunting task, but despite the number of failed attempts over the years, the Baldur's Gate 2 Redux mod for Dragon Age: Origins hit the ground running. The BGR team has been steadily releasing their remake of Baldur's Gate II through a system of modules -- in essence, teasing us with playable content until the full release -- so that they can better pace the time investment required for this undertaking. I had the chance to talk with Lorne "Cuv" Ledger, the team's current leader, about the progress made since our our in-depth play-through of Irenicus' Dungeon. In addition to the interview with Cuv, I was given a small pack of screenshots to release for you guys - and they look fantastic. Keep reading for more information on the Baldur's Gate II remake on the Dragon Age: Origins engine.

Gamers Nexus: Hi, Cuv! Can you remind us again what BG2R is, exactly?

Cuv: BG2 Redux is our faithful interpretation and recreation in the Dragon Age engine of one of the best RPG’s of all time: Baldur’s Gate II – Shadows of Amn.

GN: How was the response to the first module?

Cuv: The response to the first module was fantastic. Nearly everyone seemed to like what we had done and appreciated our faithfulness to the original. I was honestly surprised we did not get any criticism of our interpretation of the story, while the only complaints were minor bugs or engine limitations.

GN: How does your team's system of modules work?

Cuv: The module system simply adds to the previous module and allows continuous gameplay from any save game. It also keeps things well organized so that we know where we left off and where we will begin the next module.

GN: What's the focus of the next module?

Cuv: The main focus on the next module is the city of Athkatla; all its districts, areas, and quests. We also intend to fix a few issues from module 1 that were noted in the feedback.

GN: What locations and popular NPCs / items will make an appearance in module 2?

Cuv: We are planning to offer several new joinable NPC’s in this module; including Aerie, Anomen, Viconia, Jan, and Korgan. You can also expect to see a bustling marketplace in the Promenade, a seedy tavern with dark secrets in the Slums, and several sought after items of power.

GN: How will Dragon Age 2 change your release? Will you be moving to that engine?

Cuv: DA2 will not affect our schedule. We are continuing as planned. If DA2 has a similar enough engine, we may also port to it, but we have no plans to abandon DA:Origins.

GN: Which features can the team collectively brag about the most?

Cuv: Probably the most exciting features will be the sheer number of new levels, custom creature models, cinematics, and the music. We are probably most proud of the work that has been accomplished with the completely custom Irenicus model and with the submarine and airship props in the Promenade by our modeling team. (note: the submarine, along with other new screenshots, will be released next week on this site!) 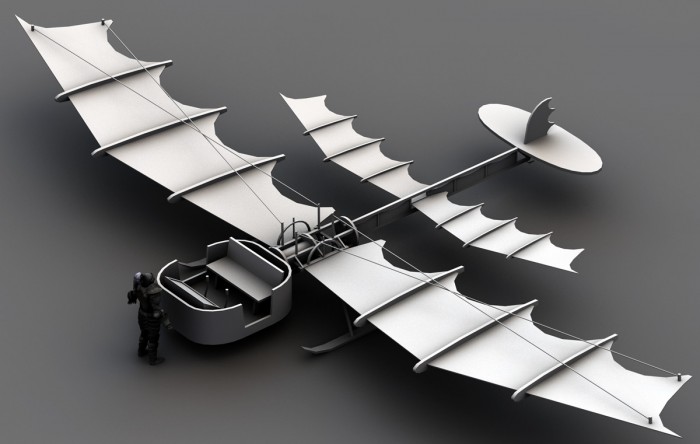 GN: How many months has module 2 been in the making so far? Any estimate on the number of hours invested?

Cuv: We started work on module 2 in the second week of November, 2010. We have been going for precisely 3 months and have nearly half the city levels finished or with suitable placeholders.  I would estimate that collectively we have invested somewhere between 3,000 and 4,000 hours so far on module 2 and we seem to be slightly ahead of schedule.

GN: Tell me about the voice acting -- I've heard you guys talking a lot about it. What's it like to recast old parts?

Cuv: It is somewhat strange to even think of recasting perfection, but the major complaint was that there wasn’t enough VO in the conversations. We have had several voice actor auditions out on various forums. Our aim this time around is to offer much more voice to the game. We are still planning to offer the favorite NPC voiced parts as an optional download, such as Imoen who is the only major NPC that has been cast at this point.

GN: How much custom scripting has gone into the module?

Cuv: Quite a bit of custom scripting is going in this module. We are implementing BG2 abilities, spells, banter, alignment, and reputation systems. There is also the issue of Worldmaps which were custom made and require new scripting and artwork. 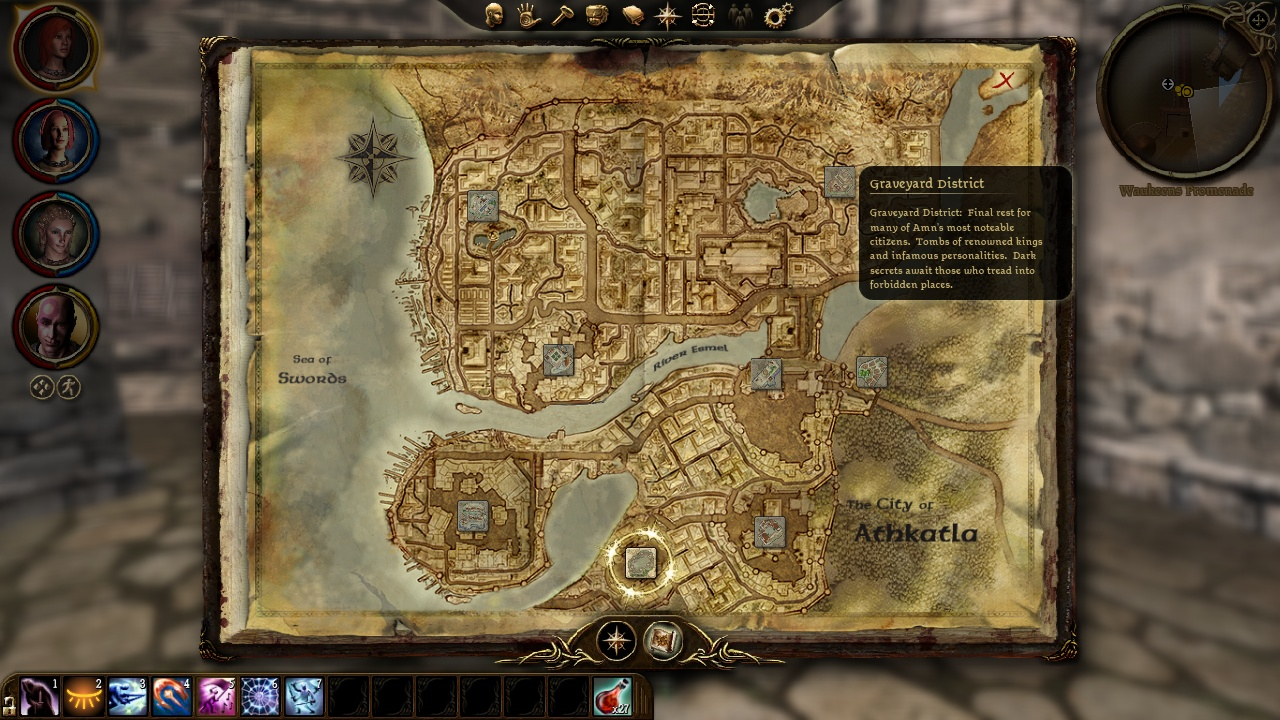 GN: What's it like to work on such a large team on a single project? How can others join your team?

Cuv: Well, it’s never lonely, heh. There always seems to be someone online to bounce ideas or get opinions on asset creation or use. Some of us have worked on similarly large teams in other projects, but overall it is the biggest mod team that has stayed together for so long and been so dedicated that we know. We are always ready to welcome new team members at any skill level who have the drive and passion for the end goal as we do.

GN: Do you have any closing thoughts or comments? 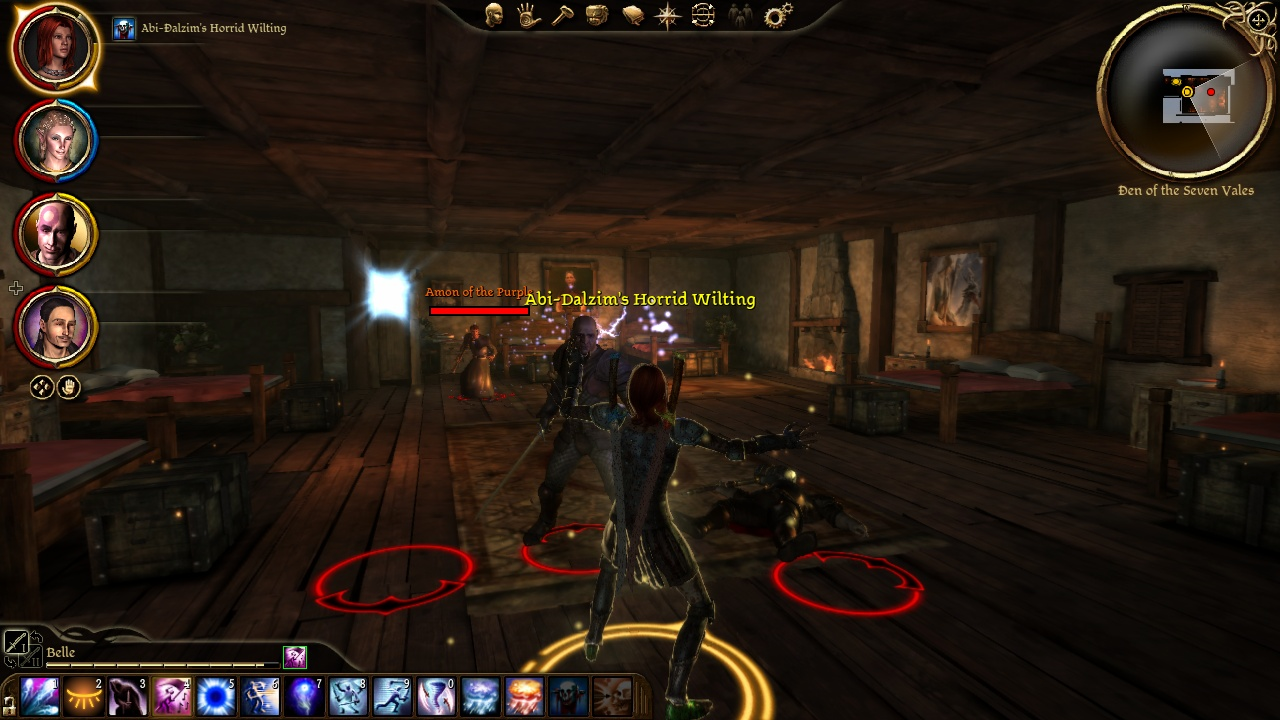 For those interested in joining the mod team or following their progress more closely, you can visit their webpage (hosted on our site) here. We will be posting more screenshots and additional interview questions next week, so come back and check for that on our front page.

The first module of the BG remake has already had more than 7,000 downloads on the Dragon Age Nexus and has been given 173 positive endorsements. There is currently no tentative release date on the second module.