Preventing Video Game Burnout - Getting Too Bored, Too Fast

Members of the Gamers Nexus team will unanimously agree on one thing: We get bored of games faster than companies can make them. It's a problem we've opted to call "game burnout," and has side effects of empty wallets, rivers of tears, and wasted gigabytes. Thought Skyrim was good? Twenty hours was enough for me. Liked Battlefield 3? Eh, it was all the same after eighteen hours.

It comes with the territory of being a serious gamer; I easily have 100 physical, boxed PC games on the shelf behind me, a cool 57 games between GamersGate and other distributors similar to Steam, an impressive 188 Steam games, and another 200-300 games on retro consoles, totaling somewhere in the neighborhood of 500-600 games. In other words, a lot. Several thousand hours' worth between them all, no doubt.

Game burnout can occur in one of two forms: Overplaying a single title in a short amount of time (Minecraft comes to mind) - which often results in many hours of the game, but ends cold turkey; or playing so many games that you can readily predict whether you'll still be playing in another day or two, creating a self-fulfilling prophecy that ends in utter boredom.

Burnout happens with rapidity and is difficult to prevent -- it only occurs when you truly love a game (or the idea of it) and, as a result, play far too many hours. Next thing you know, out of the blue, you just drop it altogether. You don't even think about it again; that's it, done. It's like the game never existed - it simply vanished from the radar over night, even if in the middle of something awesome. This is particularly common with overhyped games that fail to deliver.

Luckily, after many hours of research (by which I mean "playing dozens of games and trying not to get bored out of my mind"), the GN team has pinpointed a few points of failure that are common across all games and inevitably lead to termination of play. Don't listen to anyone that's telling you that you're too old for games -- they're wrong. Flat-out wrong. It's not your fault, it's the game industry's fault for sacrificing innovation for profit. This guide will help mitigate the repetition that leaks from all modern games.

Do what you want to do!

This is the most overlooked and most important aspect of enjoying a game. Remember the "old days" when you'd play a game aimlessly for hours, just because you weren't adept enough to understand that there were, in fact, objectives? There's a reason you enjoyed games so much back then (well, two reasons): You hadn't yet experienced enough games to become bored with simplistic concepts and more importantly, you didn't grind for quests and checkpoints.

If you find yourself hateful of MMOs or RPGs (like Rift and Skyrim, respectively), you might want to try simply exploring the environment. Both of these games are the pinnacle of fantasy-themed atmospheres and have invested innumerable hours to ensure the territory matches the story.

Just because an NPC has a green exclamation point over their head or is begging for your help doesn't mean you should accept the quest -- there are thousands of quests in these games, they're not all going to be good. Accept the ones that you will enjoy and that would fit your character; this coincides with our "defining your gaming personality" article and also goes with the "roleplay" approach below. 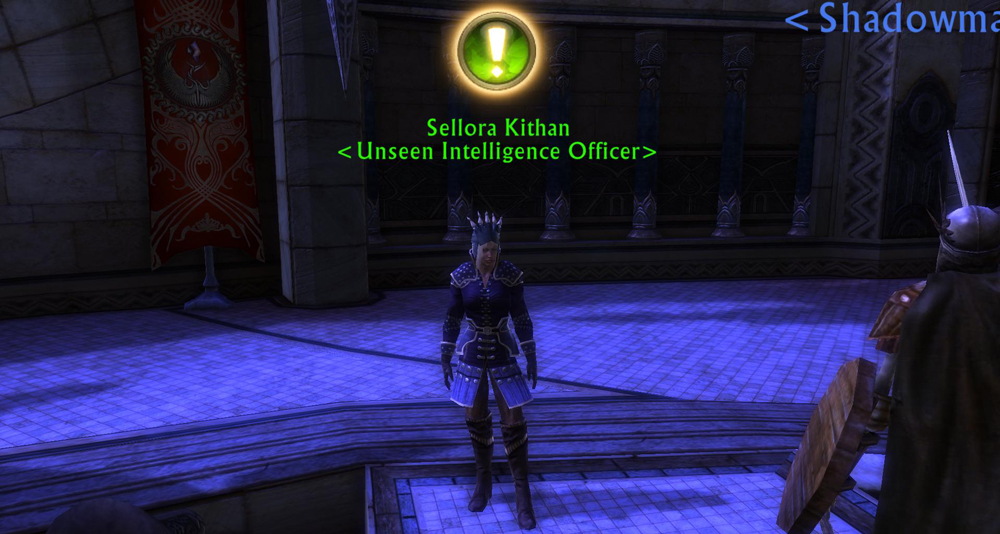 Remember, kids, if a stranger with a glowing exclamation point offers you a quest, just say no!

The point is simple: Do whatever the hell you want to do. If you can't think of anything beyond beating the game and you have no reason for it ("I want to see how the story ends," "I want to look really cool"), then perhaps you're not playing the right game for you. You need your own purpose - don't let the developers decide why you should play a game. Explore, chat with other players, do some crafting, create your own challenges, and have fun. Don't get caught up in the grind and don't stress over absolute completion. When a game requires as much effort as a job -- or causes as much stress as one -- it's time to change the playstyle or change the game.

If you don't want to save the world, don't.

A role-playing game is not necessary for, well, role-playing. For as much flak as the Call of Duty series receives -- and I'm a contributor to that -- Call of Duty 4 had a great story that encouraged an emotional attachment. The character deaths were meaningful, saddening, and enraging, and I made it my objective to protect my team as much as possible (this goes with "impose your own rules" below).

RPGs do tend to make it easier, of course. Pick a personality for your character and stick to it. Games like KotOR encourage this with their Light Side / Dark Side system. Most games, despite claiming that your changes will impact the world, simply do not reward and punish characters enough for straying from their past decisions.

If you want to make an Elven Ranger that operates solo, travels the wilderness, makes money off of his game hunting, and only visits town every now and then, do it. Don't suddenly start fast traveling, going to upper-crust parties, hiring NPC companions, and questing for big rewards. The same goes for good and evil - unless you've decided that your character has multiple personality disorder, it's unrealistic to flip-flop between saving the kingdom and then murdering an entire village with only a sweet roll and your loin cloth. Such polar changes are normally indicative of boredom, which probably means you should take a break for a while.

D&D players can relate to this: It's easy to stumble across a new character design and then suddenly have a death wish for your "old" character. Avoid the trap of web forums, min/maxing, and character optimization tactics. If it's an MMO, there will be nerfs and buffs that nullify these tactics and inspire you to create a newer, better character, which will - of course - take many hours of investment. It's not worth it.

I've blocked the official Rift forums in my hosts file (it now redirects to GN) so that I cannot seek out the best build for necromancers or the location of epic items. If you see a skill you think might be fun and fit your character/playstyle, take it. Don't fret over everyone else saying that it's pointless. I like siphoning life with my necromancer -- it's evil and perfectly fits his class, and despite being somewhat underpowered, I still took the skills in it. Who knows, you might just stumble across something that no one else has played with before.

As soon as hours are spent crawling threads, min/maxing for exploits, and generally optimizing a character, it's over. It might be fun for a little while in PvP, but even that will grow old. Especially if you're overpowered. Something will inevitably change that corrects balance issues (to some extent), so why not just play whatever the hell you want to play? Sure, the party might need a cleric, but maybe you can be the heal-over-time cleric instead of the 'heal nuke' cleric; maybe the fighter can don a horned helmet, go shirtless, use an awkwardly cumbersome maul instead of a sword and shield, and shout Viking chants when charging into battle.

There's no reason to limit character design to paradigms.

We've all heard it in MMOs: "This is my alt," or "my main is way better," better still, "I twinked this character." Making more characters encourages, well, making even more characters. If you truly hate your first character, I definitely encourage creating one of a differing class that you might enjoy more. If, however, you're creating a character only because a new class was revealed, or maybe because you want to unlock all the achievements in the game, then you're begging for a grind (and boredom). Oh, and if you do decide to try out a new class/race combination, don't give yourself tons of gold from your other account.

Figure out what you love and stick to it. If you love making characters - do it! - but at least venture to new regions of the map, rather than re-playing old encounters.

Impose your own rules

This is what I did to make Skyrim last an additional thirty hours: I played "Skyrim hardcore mode." No fast travel, perma-death, no leveling up in dungeons or encounters, no digital map (I used my physical version), and first person only. It was incredible -- I've never run from a fight before since I could always just load, but "hardcore mode" forced me to be weary of vampires, sneak past combats, search tirelessly for traps, and ambush enemies in the dead of night.

It's effectively a meta-game; imposing a personalized set of rules will encourage challenges and new approaches to gameplay -- in some cases, entirely different from what the devs planned for -- thus pushing for evermore hours in a game.

This should go without saying for PC gamers -- mods can infinitely expand a game (and are free). Mods range anywhere from simple graphics modifications, like converting Skyrim to Minecraft, all the way to total conversion mods that are capable of completely changing a game at its core. Nexus Mods (not affiliated with GN) is the perfect starting place for your mod needs. Install what you like - especially mechanics overhauls - and hopefully you'll gain a few more hours.

We've heard this before, and however lame it is, the point is worth of mention: If an Elven Ranger has been your go-to character for the last decade -- not that I know anyone who's created hundreds of them -- it may be time to try researching a necromancer. Be dynamic: Good and evil exist for a reason. Use them.

Think we missed something? Post a comment below with your tactics you've used to keep things interesting! Hopefully this will help you get the most out of your games.

Update: Edited some word choice for clarity. Thanks to all those that helped with clarification!