The Style and Identity of PC Gaming Culture

Screaming into a weakened headset that's been dropped one too many times, twitching a mouse with tattered Teflon footing, and dancing from battered number keys to paint-stripped WASD keys -- all while bathed in the warm light of flickering LEDs from a nearby rig -- is an experience that can't be easily understood by 'outsiders:' It's classic, exciting, infuriating, relaxing, and embracing all at the same time. PC gaming is about customization as much as it is about performance and longevity -- we have what other platforms don't: Style.

A photo we snapped at PAX East 2011, which had an impressive BYOC turnout.

Whether it's case modding, system building, game modding, or massive battlefields, PC gaming has the most customizable, most globally-connected community in gaming. We all have our quarrels with fanboyism and hardware allegiances, but there's something that rings true about PC gaming as a central platform to the gaming world and - as one of our recurring themes - gaming culture.

As our PC build lists and hardware guides definitively tell, PC gaming allows for a flourish of personal flavor and design that isn't necessarily quite so expandable in other walks of gaming and entertainment mediums. It can take as much dedication as spending hours building, cable managing, hardware modding, and installing customized software or as little as slapping it all together in a cool-looking case; from flaring red LEDs and evil-looking lightmods to a full-blown, consistent theme, it's all about taste and one's ability to exhibit a personality in each build and each configuration. 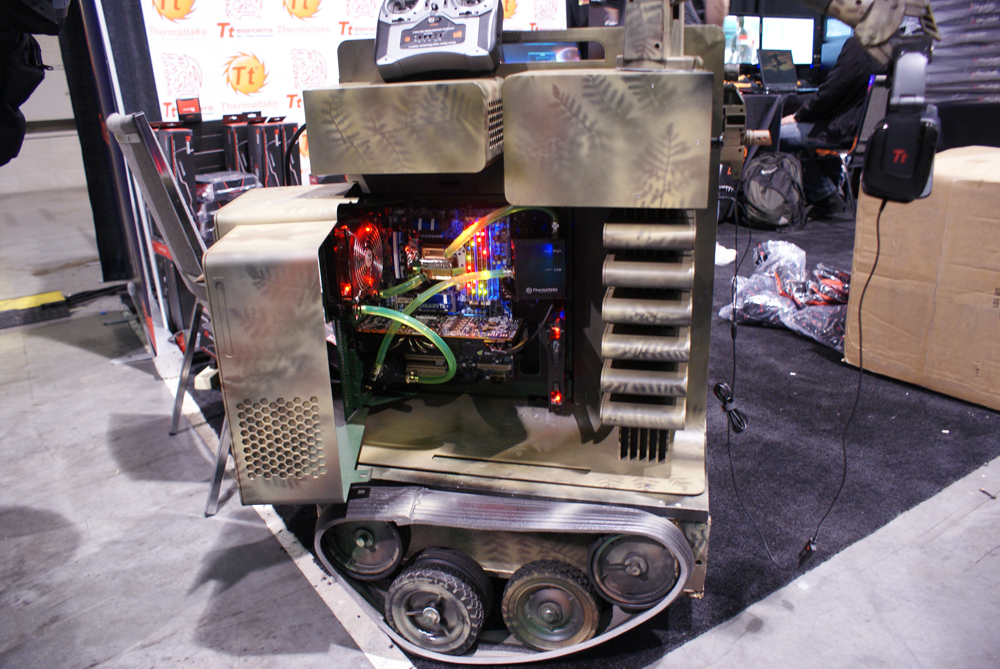 There's more to a PC than components alone.

Hardware customization doesn't necessarily have to take any degree of skill, either - anyone can build a PC (Do you have a screwdriver? What are you waiting for?!) and it's even easier to grab some flashy add-ons. Full-blown mods, of course, take artistic talent and some mechanical ability, but not everyone wants one of those -- some of us just want a slick case and a beastly rig, sort of like a sleeper, others want something budget-friendly but still killer in design, which - as we've proven - can absolutely be accomplished. PC gaming is interpretive. It is what you make of it.

Hardware is the root of all gaming. Without the burning desire to endlessly push graphics to the limit, without the drive to one-up friends and technologically-inclined persons, we'd still be in the dark ages of the industry. There is no advancement unless it is demanded, and PC gamers are a very, very demanding audience.

Gaming rigs and their peripheral compatriots emit personalities unique to their buyers and builders. There's more to it than dropping $300 and plugging in some cables - there's an entire subculture and complex ecosystem to PC gaming. 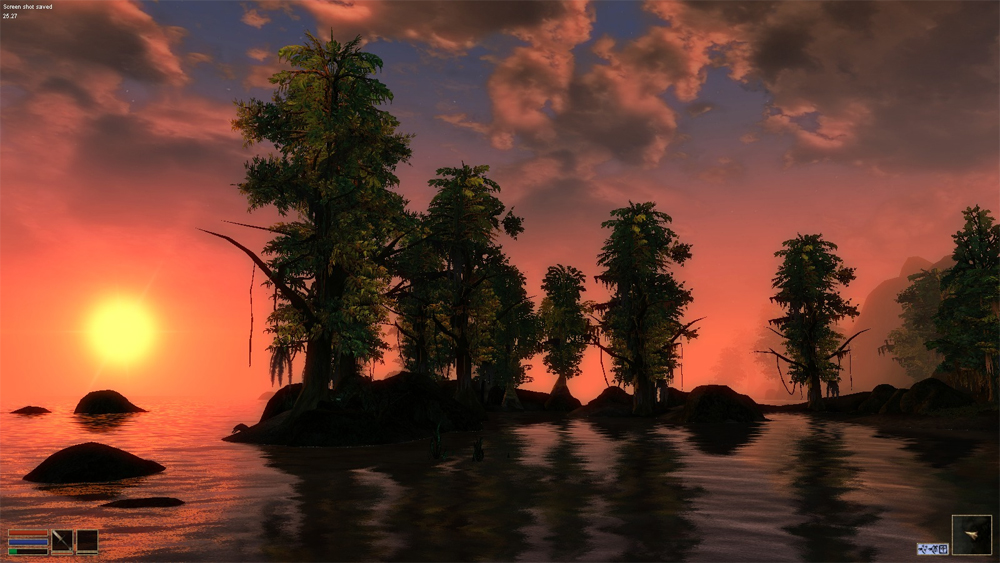 Morrowind after the "Morrowind 2011" mod was applied.

It can't all be boiled down to hardware, of course: Without the software layer, there'd be no use for monstrous rigs. Games don't have to die in our community. They don't have to be buried by the next $60 map pack. No, deserving games get more than that - they get to live on. Evidenced by Morrowind's 2.0 Overhaul effort, the revival of Baldur's Gate 2 on modern engines, and the thousands of mods already available for Skyrim - some of which are complete content overhauls, it's clear that PC gamers like getting the full value of their purchases. There's more to a game than playing it to completion; there's a whole story, toolkit, and environment to explore. So much more can be done with games.

We have the technology. We can make them better.

As with hardware customization, game modding can be as effortless or complex as the user or creator desires: Installing a skin in Jedi Knight: Jedi Academy 2, despite looking like Kyle Katarn to everyone else in the server, is as easy as moving some files around; installing an overhaul can be done at the click of an .exe or with great pain of troubleshooting; creating mods, of course, can also be as hard or easy as the modder makes it. 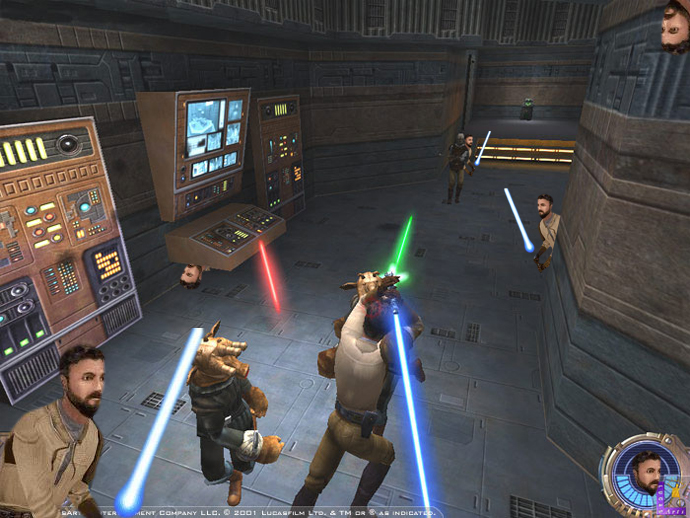 If anyone can demonstrate our love of customization, it's Kyle.

Games that are deserving of lengthened lifespans are awarded with the love and undying efforts of modders. In the event it's a multiplayer-heavy game, or entirely multiplayer, server shutdowns need not strike fear into our hearts: Unofficial game servers spring up left-and-right, even going as far back as the Command & Conquer series or Project99's original EverQuest resurrection.

Communities are built around loved games - we needn't leave a game behind.

Why, though? What's the point of all this? Like many other hobbies, PC gaming is more than entertainment -- it's a lifestyle and has an entire culture behind it: For instance, inside jokes -- almost assuredly about hats, flipping tables, or Gabe Newell -- run rampant and almost act like a passwording mechanism. We get it, though, and regardless of a meme's comedic worthiness, it connects us together through playful stupidity and understanding.

It all comes down to individuality. We can't be defined by a globally-identifiable controller and black box; no, it takes more than that -- we have entire command centers, or "battlestations," at our disposal. Some gamers display their systems immediately in front of their doors, others mount PCs strategically adjacent to the monitor, and more PC gamers still tuck their rigs under a desk and out of sight. We can do these things. There's no templated approach to PC gaming - we all have unique experiences that lead us to have idiosyncracies, and these are spotlighted in our rigs and game modifications.

Whether or not anyone else truly understands it, we have style. Preach it, Zoidberg. 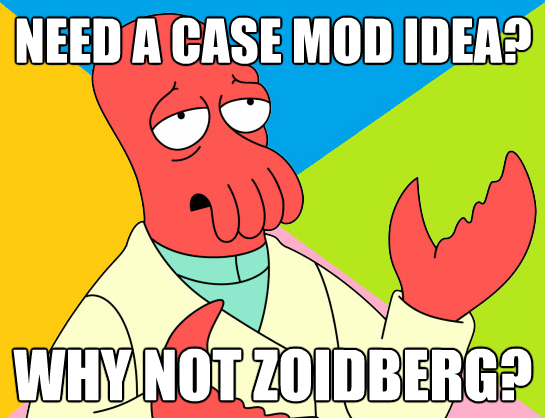