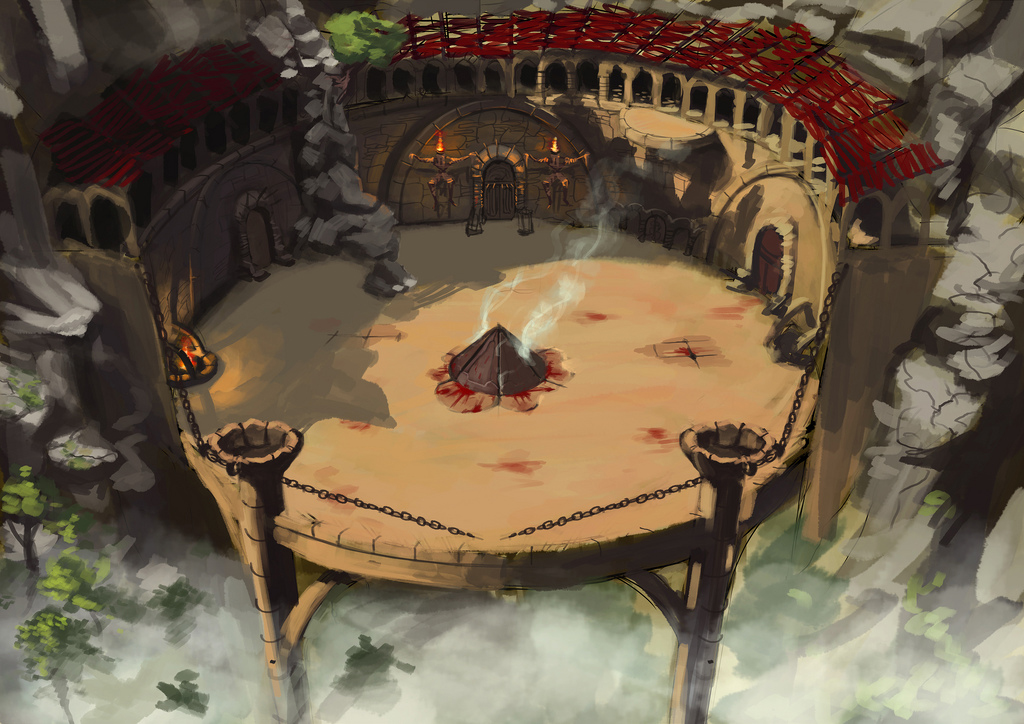 We were originally drawn to FORCED by its promises of four player co-operative arena engagements, and in a top-down action RPG, it's tough to beat tactical co-op. In theory, the idea is to mix the best of strategy, teamwork, and pure, lovely, murderous action, hopefully creating a fast-paced game that still challenges the ability to think on your feet.

I had a chance to work with the developers and play through a bit of FORCED, and while it's still in full development swing (much like Grapple and Castle Story when we worked on them), things are shaping up. Multiplayer co-op is not yet available, though localized co-op is an option; for this playthrough, I opted for a singleplayer approach, though I do plan to invite GN's staffers to join me next time. Here's that video:

You may recognize this game from when we first covered FORCED, in Greenlight Spotlight Episode 1.

Clearly I've become a master at dying over the course of the last months of playthroughs; in fact, I think my ability to die consistently has improved (I'm a glass half-full kinda guy), but I still had a lot of fun with the game. The combat is straight-forward on the surface -- and the objectives are interesting enough, mostly utilizing a friendly "spirit ball" of sorts -- but mechanical interaction gets a bit deeper than "hit the things with the weapon."

Below is a combat tutorial I created for FORCED, for those curious about the gameplay:

One example of deeper combat/gameplay interaction is the marking system, slightly similar to D&D 4E, actually, where your delivered blows will 'mark' a target. Once marked, certain abilities will have more profound impact and may even trigger bonuses; for example, marking three Swarmers with the bow, then firing an arc-lightning arrow will result in all targets getting zapped by the lightning (unmarked targets are left unharmed). The game is difficult enough to require these tactical elements, too, so it's not just like you can perform the normal attacks and ignore the depth of thought. Level-embedded objects might offer healing bonuses, force waves, or emit deadly smoke that must be interrupted frequently, all making for tons of running around and decision making.

That's the key to FORCED, I think: Decision making. Though the 'job' requirements will be distributed more evenly between co-op players, someone will still need to disable spawners, another might have to trigger the healing orb, while a third could opt to kite the swarmers around shockwave totems.

So there's a good foundation, at least. I had several issues with the game that prevented immediate enjoyment, but once I had figured it out, things shaped up rapidly. The game is sorely lacking in creative ways of educating the player, for starters: Now, I don't want handholding, but I do want a bit more intuition when it comes to interactive elements. The totems I mentioned, for instance, just seemed like prefabs to me -- there was nothing present to subtly guide the player toward some of the most vital objects in the game. It's bad to tell a player exactly what to do and how to do it, but it's even worse to leave them entirely in the dark. Slight design queues really apply in these scenarios: Clever artistic highlights (sparkling, crackling sounds) and level design queues (players tend to go upward, follow columbs) can lead the players in the right direction. These all will allow the player to have the idea and feel proud. Currently, it's all a bit confusing to just pick-up and play.

I did figure it out, though.

As someone who advocates more challenging games, I found the overall difficulty level to be appropriate, despite the steep learning curve, and was happy with the end result. The game's mechanical interaction is much deeper than on the surface, and while it may appear to be a "hit the thing with the flaming hammer 'til it dies" kind of game, the difficulty won't allow barbaric, unplanned actions.

If Beta Dwarf could work out the design elements -- namely methods of guiding the player to interactive elements -- I think they'll really have something fun to play. FORCED has a very specific audience: It's meant for co-op play, fans of lightweight RPG systems (the leveling system is simplistic, but choices and skills are present), and people who generally just want to pack some action into quick bursts. Personally, I find these kinds of games fun, but I also recognize that the top-level simplicity of the game may not be fun for everyone. Check the videos out, keep an eye on their website, and see if it's right for you.

And with that, I think I'm going to dance circles around more Brawlers.