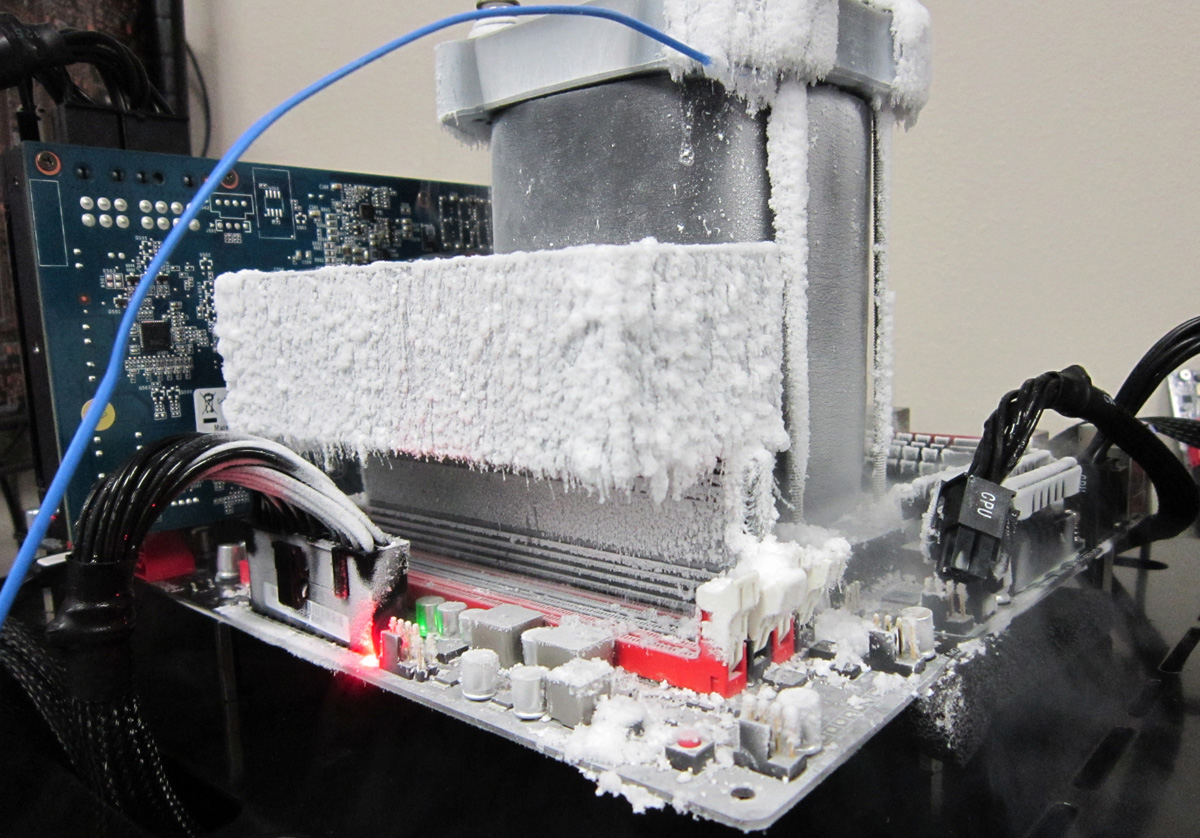 Toward the final steps of silicon fabrication, individual dies and NAND Flash modules are tested for frequency and voltage tolerance, among other things; the stability (or volatility) of the silicon chip is gauged within a spec range, then the factory bins-out the chip for use in specific product lines. Some chips outperform the target spec, some underperform - this talks about what's done with those units.

This article will discuss the process of binning-out silicon dies and Flash modules for use in your hardware. Silicon is not created equal, so some units will perform noticeably better than others, and some will far-and-away exceed their expectations. The goal here is to explain why certain products (K-SKU OC editions, for instance) have a higher threshold for frequency and voltage tolerance, have higher overall stability, and run at more thermally-sound temperatures. Is this information going to make your computer faster? No, but it's cool to know, and more importantly, it can inform your purchasing decisions in the future.

Let's dive into it!

What is the "Bin-Out" Process? How Does it Impact Me?

"Binning-out" is the action of classifying the performance tolerance of a product based upon its reaction to automated testing procedures at the factory/lab level. I'll provide an example to make things easier:

Let's say Kingston has ordered the fabrication of a shipment of Flash memory modules for intended use in one of their mid-range 1600MHz products (like the Genesis RAM, for instance). As the modules come off the line and get tested, the company will find that some modules underperform, fail, or are unstable -- these are discarded or down-classed into a slower product (it should be noted that the percentage of underperforming and overperforming units is insignificant in the face of on-target units). The overwhelming majority of memory modules will perform within a pre-defined desirable performance spec - these are binned-out for use in the Genesis (or similar) products. Then you've got the products that bin-out "hot," with a higher frequency/voltage tolerance than the target.

For sake of example, let's say this particular shipment exhibited a noteworthy amount of products that were tested and qualified for use in 1866MHz or 2400MHz components. These modules can still be used in the slower Genesis line, and will be, but they can also be set aside for use in a special product line or faster line. For instance, if Kingston were to create a "Genesis Overclocker's Edition" tomorrow, they could redirect hot bin-outs to this product line, theoretically increasing the profit margin on the yield.

The same happens for CPUs and GPUs, though Intel and AMD have accounted for this and built entire product lines around their higher-performance bin-outs. 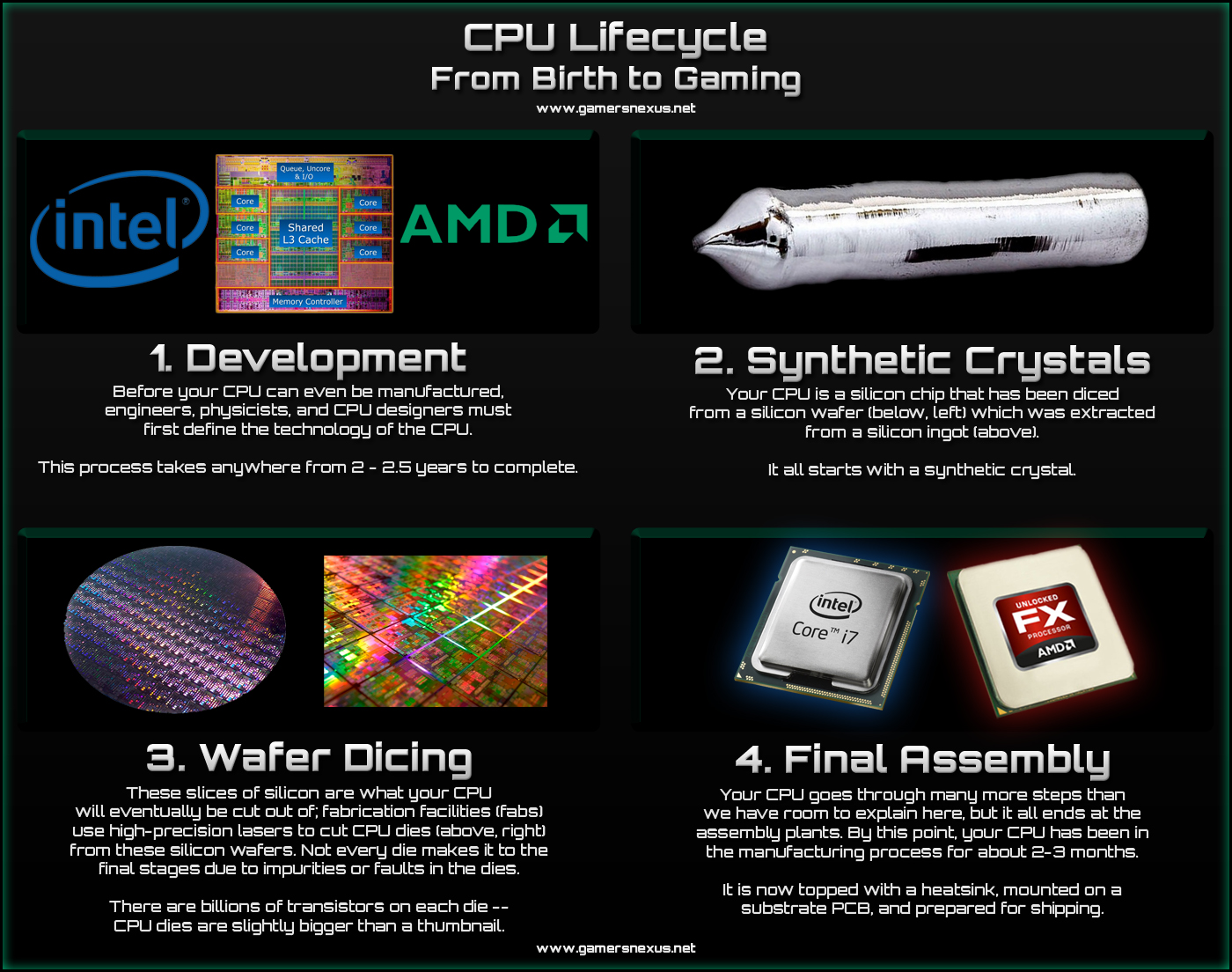 An image from our "Where Was Your CPU Born?" article.

Interestingly, manufacturers are sometimes forced to make difficult decisions to meet demand. In one instance, a memory manufacturer told us that their mainstream component's launch saw overwhelming demand (it sold out); in an effort to meet demand, they had some of the hotter chips shifted down into the mainstream line. The profit margin is decreased, so obviously this is done with great restraint and only serves as a temporary buoy to stay in everyone's eyes, but it does mean that a small percentage of buyers of the mainstream component received higher-tolerance RAM.

In the case of CPUs and GPUs, this is normally seen in "locked" products. AMD used to bin-down X4 CPUs and frequently locks cores and other functionality to maximize ROI. Some defective quad-core chips have also been historically rebranded as tri-core products, again, maximizing ROI.

AMD and Intel both have enthusiast-edition and OC-edition products (K-SKUs and high-end FX options). Simply because I know more about Intel's fabrication process than AMD's, we'll focus on their specific products as examples - but AMD has similar functions.

The K-SKU Intel chips (3570k, 4670k, 4770k) are specifically marketed and unlocked for overclocking. This isn't news to anyone. With the 4670k and a Z87 chipset, you'll get greater multiplier control, some level of BCLK control, and access to other advanced OC settings, depending on the board manufacturer's BIOS features. A normal 4670 won't offer this same functionality.

Part of this is obviously marketing, but because we're focusing on the bin-out process and not the industry as a whole, we'll leave that out for sake of simplicity and scope. Another part of it, though, is that Intel fabricates millions of dies for use in all manner of computing platforms. When you deal with those sorts of numbers, the manufactured components are going to have a wide spectrum of performance tolerance, at which point (to increase yield per wafer / ROI) off-spec components are binned into higher/lower spec products. If Intel has a bin filled with underperforming dies that "didn't make the cut" for a high-end product, they can increase yield-per-wafer by shipping those in lower-end products that don't require the same level of performance.

Intel's spec for K-SKU processors demands higher thermal, frequency, and voltage tolerance than—for instance—their power-saving S-line. In general, this means that consumers purchasing K-SKU products will have an objectively "better" die housed under their IHS, being that it's been tested and qualified for more abusive computing environments. Intel knows their K-SKU devices will be marketed to overclockers, and thus selectively uses higher-quality components for them.

That's not to say that non-K series processors are somehow underperforming or unstable, just that the K-SKU is exceptionally stable in more abusive settings.

This isn't strictly related to our primary topic of binning-out products to overclocked editions, but the below video does show inside  a fabrication plant. It's interesting, anyway.

How does this relate to Video Cards? Will an Overclockers' GPU be more stable?

I mentioned that the bin-out process applies to nearly every major aspect of computing, and GPU production is no exception to that rule. Under every video card heatsink (normally directly under the fan) rests the silicon die responsible for all the complex computations that drive our gaming experiences. Video card manufacturers are largely responsible for GPU tuning and heatsink design, sometimes they design special boards/software, but the "hard work" is done by nVidia or AMD on the GPU-level.

That said, the board partners do have some level of control over their product lines and the performance yielded from various cards. Most manufacturers have "OC editions" or "superclocked" cards; these cards are either pre-overclocked or are tested and qualified for enthusiast overclocking by the end user. Part of this is tuning by the manufacturer, where they determine a lowest common stable OC threshold on their products (for instance, a 100MHz OC may be stable on 90% of Card XYZ, so the factory charges a premium for 100MHz pre-OC'd editions, then sells the non-OC'd cards at a lower price). Another part comes back to binning, where hotter chips will find their place in OC products.

And that's the top-level overview of how factories handle the pre-assembly components sorting. The conclusion? Although it's not necessarily worthwhile to invest in OC products or K-SKU CPUs (depends on what you're doing), those are the products that will generally have greater stability and higher performance thresholds. Now, if you're not overclocking at all, you really shouldn't buy a K-SKU proc -- it's just a waste of money, and the non-K devices perform just fine and are fairly stable. Similarly, the extra price-hike on pre-overclocked video cards is often not worthwhile, given the marginal performance improvements, and it's often easy enough to do a similar OC on your own. That stated, they will be more reliable to work at those higher clockrates, simply by the nature of the underlying higher-stability silicon.

Let us know if you've got questions! As always, feel free to hit-up our hardware forums for expert PC build advice & support.