A few highlights of the video can be found below.

Our first question to Logitech asked if there were any major misconceptions in the world of gaming mice that they'd like to clear-up. Pate responded quickly: “The biggest thing that probably should be made clear is that DPI is really just about cursor sensitivity; it's not a measure of accuracy or precision.” The PM went on to explain that DPI is strictly a measure of sensitivity of the actual sensor – “the cursor moves faster – that's it.”

We asked Pate about preferences of the pro gamers working with Logitech, learning that most of the players Logitech sponsors will hover within the 400 to 800 DPI range. After this point, players rely on physical speed adjustments to account for input demands in the game. This allows the greatest and easiest to control level of precision for gamers.

“We list the DPI because that's what the sensor is capable of,” Pate told me, further noting that very few pro gamers ever exceed 800 DPI. From our own reader input, we've learned that almost none of you exceed 1800 DPI, and those who exceed 1000-1200 DPI are rare.

To this end, excessively high DPI numbers shouldn't be regarded as critical in mouse selection. Pate noted that it's a tricky, double-edged blade of marketing: Omitting the metric, despite its somewhat irrelevantly high modern range, looks bad or confusing to buyers, but Logitech also doesn't want to push its 12,000 DPI number as the reason for its boasted superiority. It's the sensitivity and tuning of the actual sensor, something to which Logitech pays great attention, that matters most, but this is difficult to convey on product packaging.

The Most Important Mouse Specification 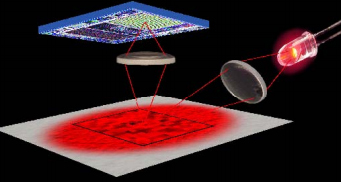 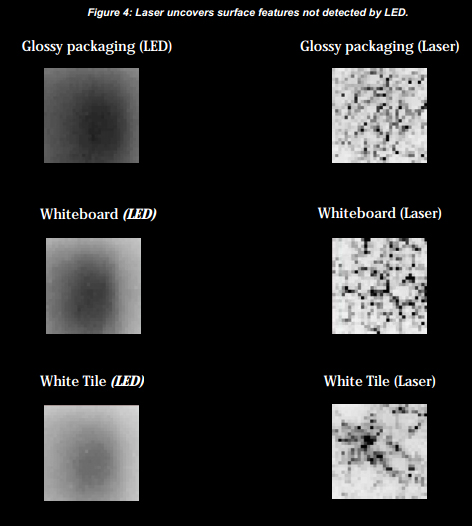 Asked to name the most critical mousing aspect for buyers to research, Pate told us that “the most important thing is the overall accuracy of the sensor.” The PM further went on to discuss the effects of “speed-related accuracy variance” and “resolution error vs. speed,” two items known colloquially as “acceleration.”

Mouse acceleration changes the distance a cursor moves on-screen dependent upon the user's movement speed, which effectively eliminates the ability to game from muscle memory. Mice using non-toggle acceleration mean that we can no longer use repeated, trained movements to net the cursor movement desired, and must rely strictly on what's shown on the screen. This negatively impacts the ability to perform well in-games, especially precision-driven FPS titles like CS:GO.

Mouse acceleration in the sensor should be avoided when purchasing a gaming mouse, though we've learned that many game developers force it upon us through software. Check to ensure that gaming mice you're considering do not use acceleration.

As far as the proper terminology, we're told that Logitech would prefer not to use the word “acceleration” to describe speed-related accuracy variance, though understands that it has become accepted as an easier-to-say descriptor. “Acceleration implies that it is an inherent feature of the sensor, when really it's a characteristic that is made visible by changing the speed that the mouse is moving. Depending on how fast the mouse is moving, you can get different degrees of motion and speed.” Pate explained.

How Mouse Smoothing Works & Why You Don't Want It

Mouse smoothing, like acceleration, has advantages in certain use cases. Gaming is not one of them. Mouse smoothing temporally compares frame input from the sensor to determine the cursor's path, then smooths out the resulting on-screen movements. Logitech notes that this reduces spurious motion, called “ripple,” and is undesirable for applications that require raw precision. Smoothing is detrimental for two reasons: Altering user behavior and adding post-processing latency.

Smoothing compares frames against one another, looks for “blips” that deviate from what it thinks is the intended movement, and then smooths them out. This, in the gaming world, might result in jumping just a pixel or two in the wrong direction when attempting to make a headshot – many of us have likely encountered this anomaly. As with acceleration, smoothing negatively impacts a gamer's ability to play by muscle memory.

Post-processing increases time between physical mouse movement and cursor movement. The added latency results from the frame analysis happening on-board prior to delivering that data to the host, and is irritating to precision gamers who depend on instant feedback. The latent input becomes more noticeable at higher framerates and on faster response displays, Pate told us, like 120Hz and 144Hz monitors.

All mice, gaming or not, face a unique concern when it comes to 3D input. We're moving the mouse on a two-dimensional plane, so three-dimensional rotational movement – like looking side-to-side in an FPS – should adequately reflect the mouse's movement. Pate noted that this question “gets really complex really fast” and spoke to the best of his knowledge, but kept it top-level:

“Every count, the mouse driver turns something like 0.22 degrees, so you're trying to make sure you don't have a level of sensitivity versus a level of DPI that causes it to jump pixel-to-pixel and miss a headshot. There's a lot of arcane and almost 'voodoo math' that goes into making this decision.”

What Matters Most: Comfort & Sensors

As with all components, it's easy to go overboard and dedicate countless hours to gaming mouse research. Ultimately, the starting point is the shape – “buy a shape that's comfortable, that's what you start with,” Pate told us. Once you've found a shape that is appealing, normally a mixture of grip types and hand size, it's important to ensure the sensor performs in a desirable fashion; this might include the omission of 'acceleration' and smoothing, if we're talking gaming mice. At this point, the decision should be narrowed down to a few options. This is when additional features – lighting, buttons, and macro options (or the lack of all of these, if you'd prefer simplicity) – come into play.

Logitech's G303 ($70) was the subject of some discussion during the video, which was announced shortly after filming. Read an overview of the mouse here. Full review pending.