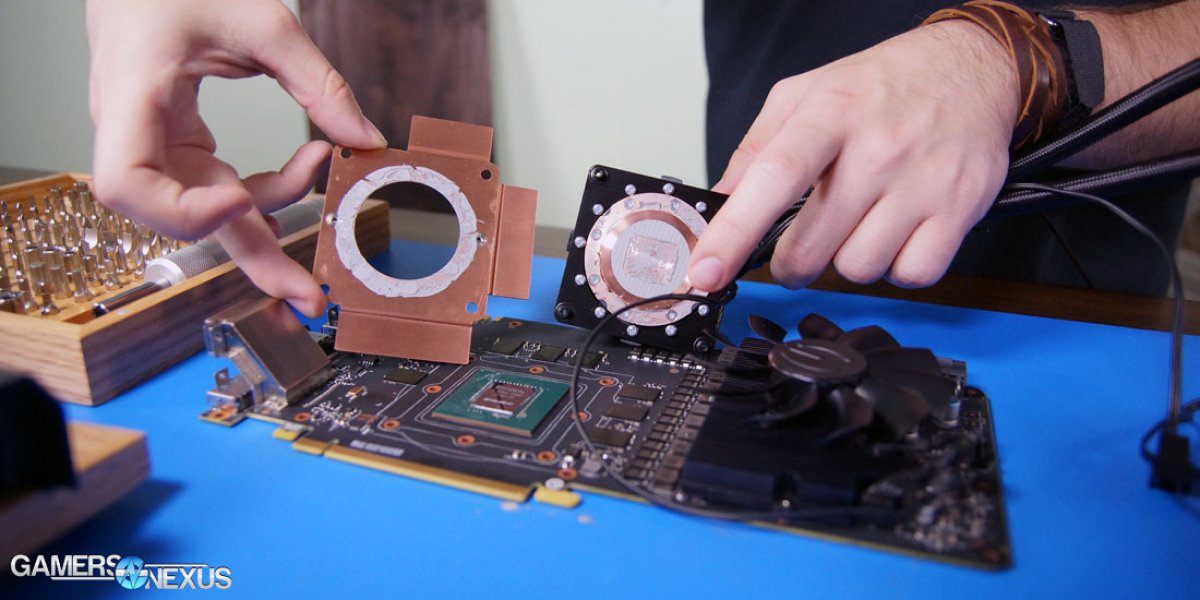 The card uses an FTW PCB, but ditches EVGA's FTW aluminum baseplate in favor of what looks like a bare PCB. It's more than appears at the surface, though; EVGA's using a copper plate to connect to the VRAM modules (flanking the GPU on three sides), which then communicates via TIM to the coldplate perimeter. This means that liquid is indirectly cooling the VRAM. There's no microfin setup on the VRAM, as we see on the GPU proper, but the heat is conducted via high W/mK copper (~400W/mK at 25C), then transferred to the coldplate. 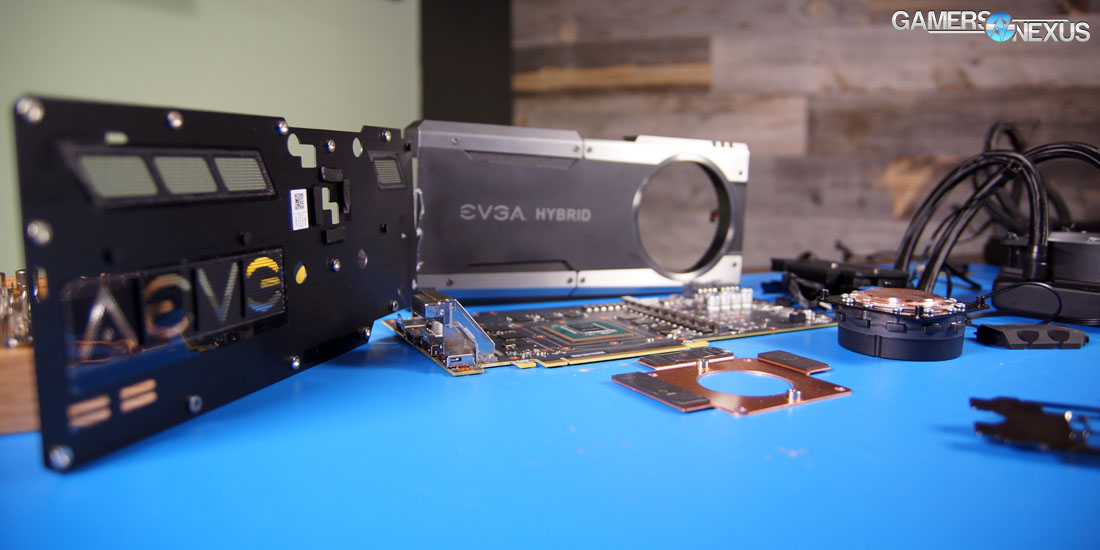 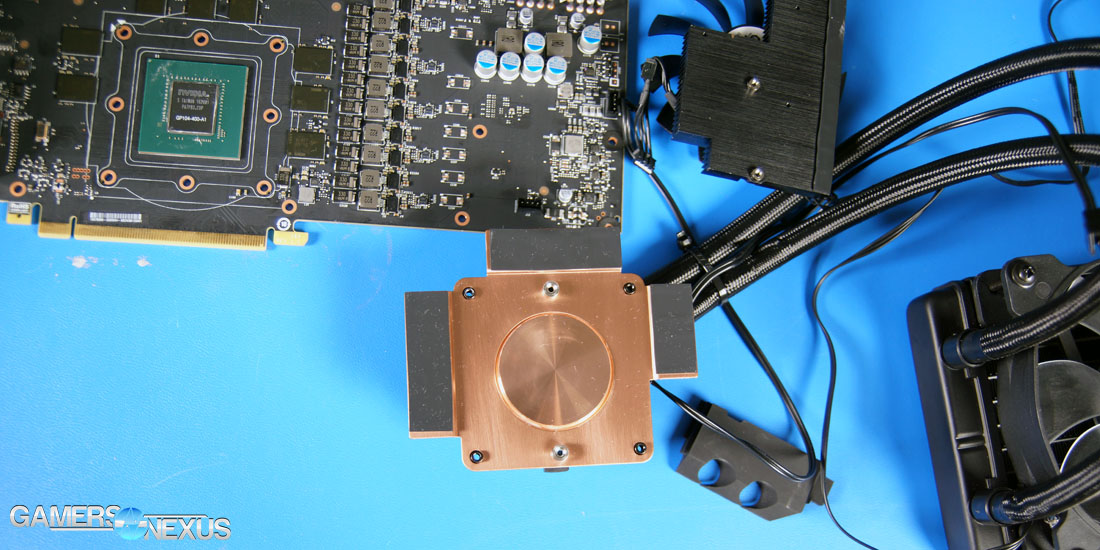 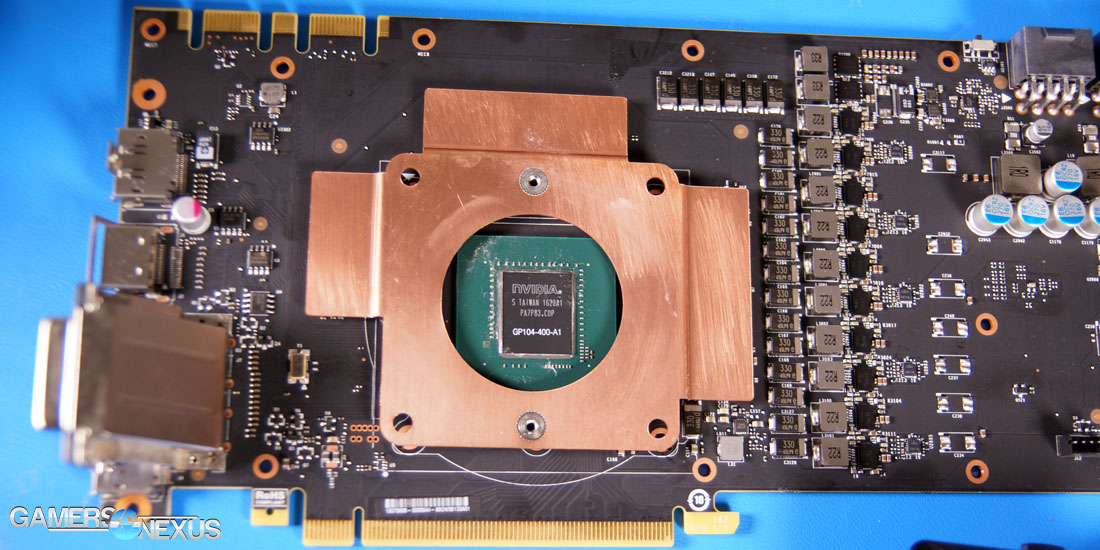 As liquid goes, it's not necessarily the most efficient solution. There's loss in that medium-TIM-medium-liquid pathway, but the solution is far more effective than what would be found with the usual aluminum baseplate and blower fan.

Speaking to the fan, EVGA has interestingly opted to use an axial (rather than radial) fan of ~100mm in diameter. The unit is also flipped, so it's exhausting heat rather than pushing cool air into the finned VRM heatsink. EVGA has oddly decided to enclose this unit entirely with the shroud and has no airflow channels to feed the fan, but the design is still unique and one which, just because of its unique edge, excites us to study. 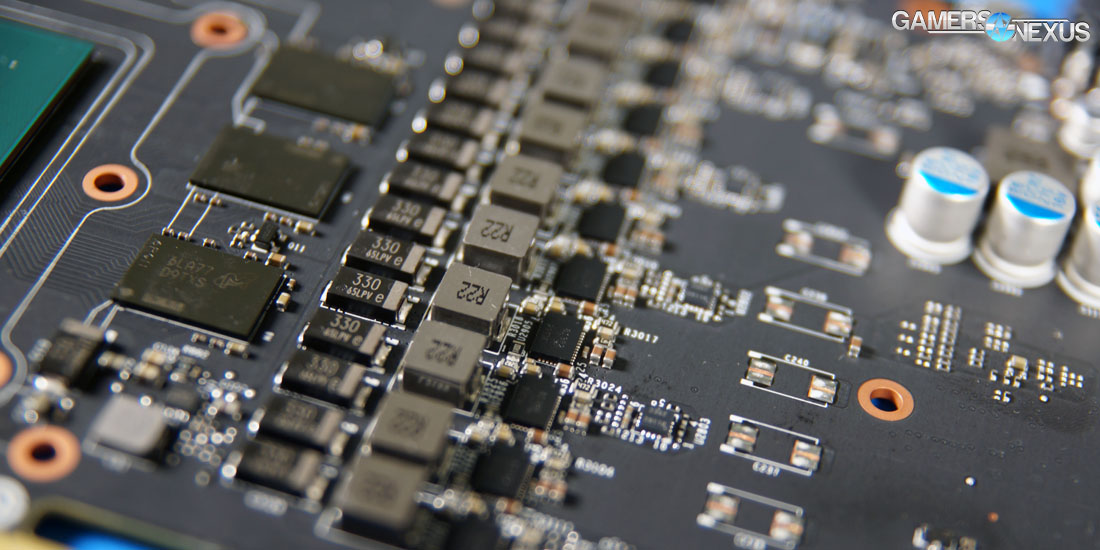 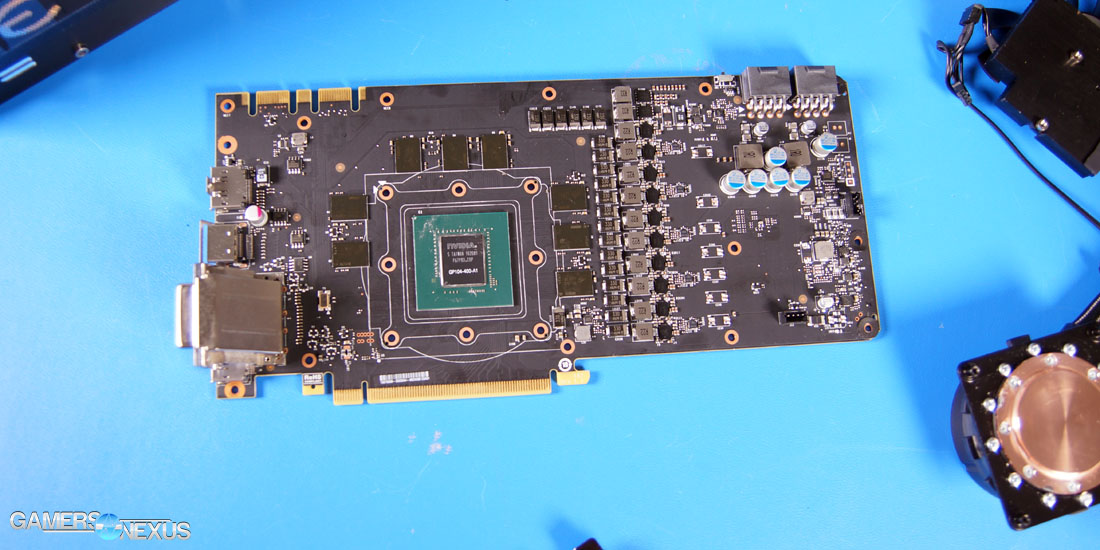 We'll leave this here, for now. Check back shortly for the full review, where we'll go in-depth with testing on the Hybrid & Sea Hawk units, including fan and cooler swaps.