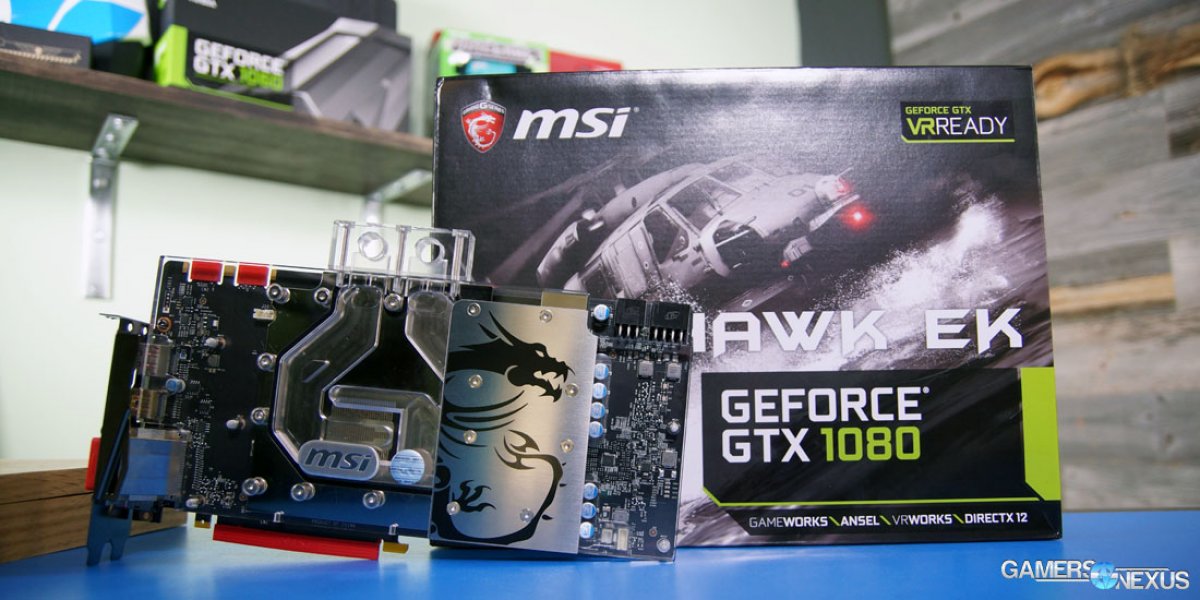 The GPU mounting socket is used to secure the block to the PCB, sticking to four screws (no springs, this time) and thermal pads for non-GPU contact. EKWB and MSI use high-quality thermal pads to contact the VRAM and VRM components (capacitor bank, MOSFETs), with thermal compound spread between the GPU and a nickel-plated coldplate. 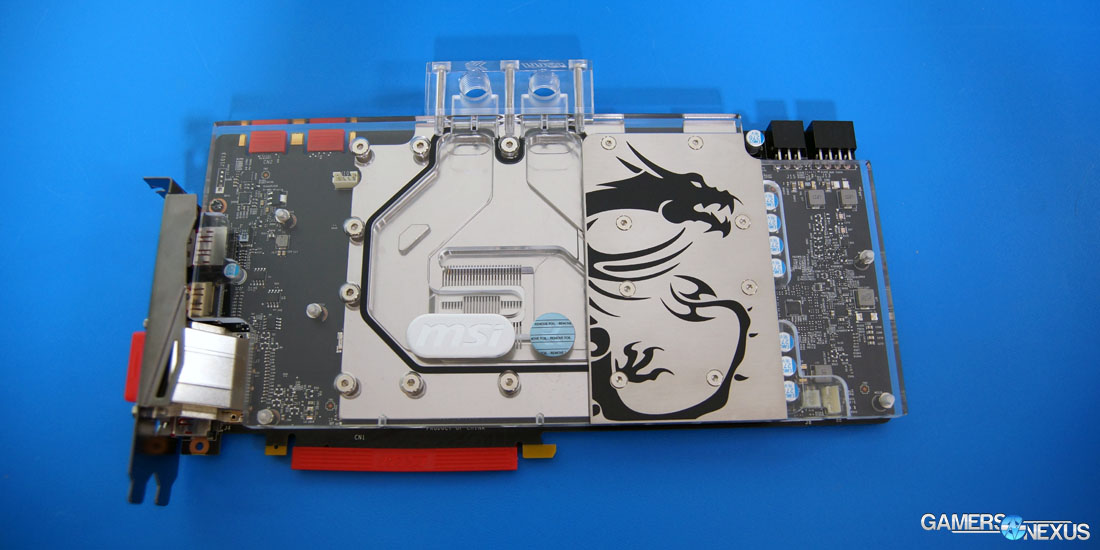 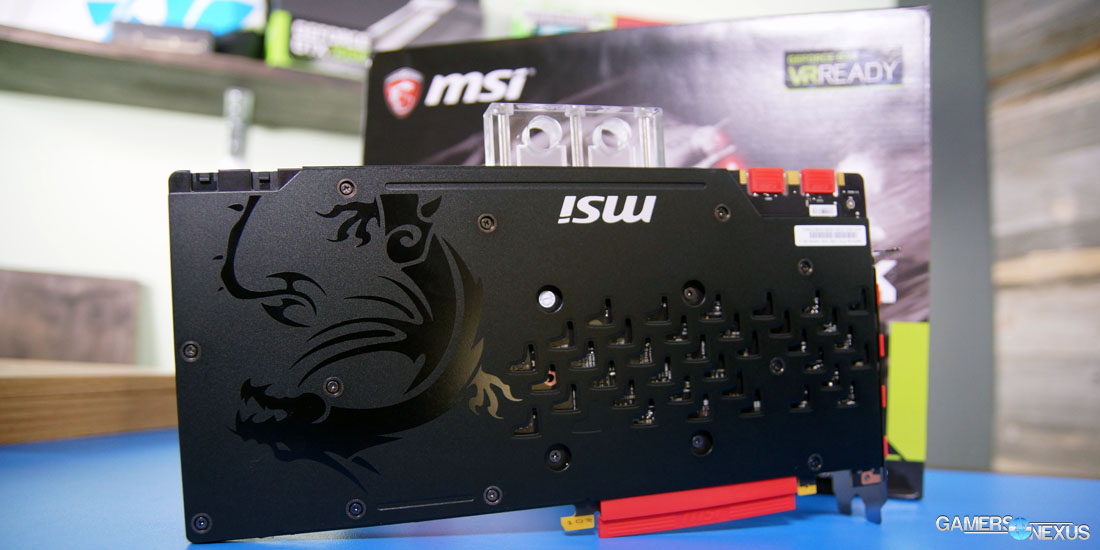 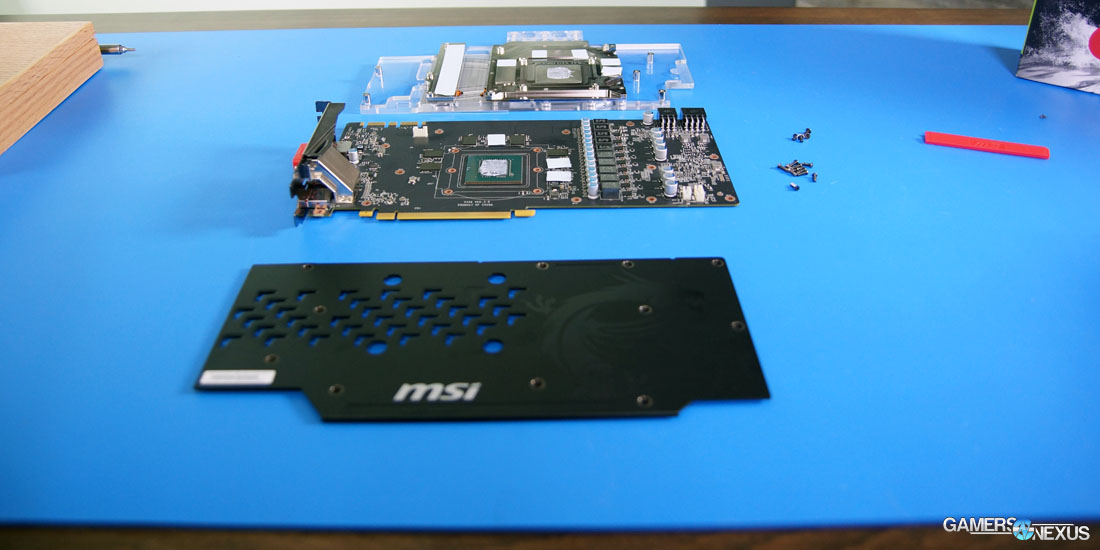 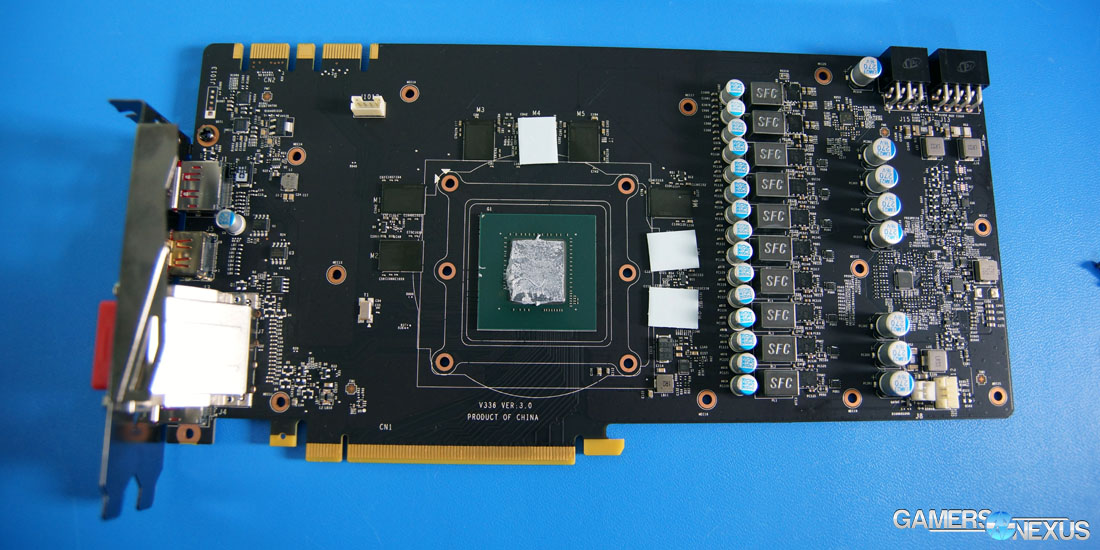 Top-side, liquid flows through the inlets to pull heat away from the board, eventually feeding the liquid through radiators within the system for dissipation.

Eleven screws (Phillips A1) secure the backplate to the card, though its removal is not necessary to access the water block or front-side of the PCB. That's it. This is one of the easiest cards we've worked with, in terms of disassembly, though it's already fairly barebones given the advanced cooling solution.