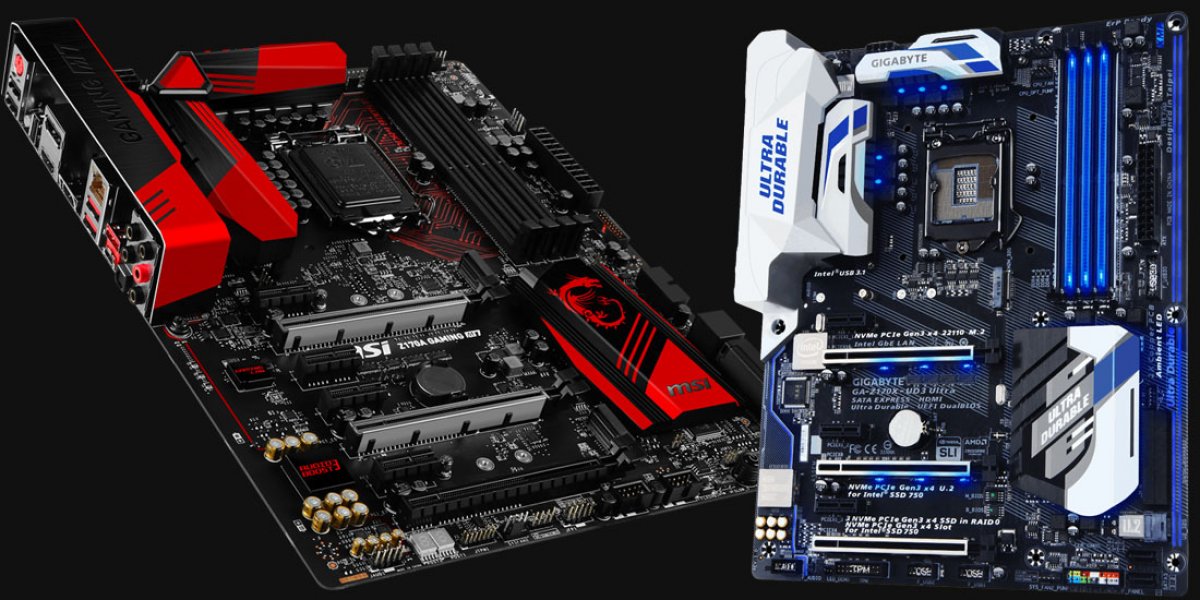 Following suit with the rest of our Black Friday coverage, including Best SSDs and power supplies, we’ve next rounded-up a few honorable mentions in the motherboard department. We're specifically looking at Intel boards today, as deals on AMD boards seemed a bit scarce this year. With the looming obsolescence of the AM3/AM3+ socket, we elected to not include those boards. You’ll notice that, save for sharing a common thread in socket type (all supporting Intel’s latest Skylake processors), these picks vary quite a bit. Be assured though, these boards all have a place. Whether it’s a minimalist, no-frills gaming machine for medium to high settings or a high-end, performance-minded overclocker, there’s a board here for it.

This list comprises the best gaming Intel motherboards for Cyber Monday (and onward), including Z170, B150, H110, and other motherboards.

The Z170 boards in this list are of proven quality, and do come recommended; however, it is worth mentioning that Z170 is not tantamount to "better." A poorly designed Z170 board is not inherently superior than a well-constructed B150 or H1xx, even at a comparable price. There's more to it than the chipset. If you are curious as to what the differences are between Intel's Skylake chipsets, view this H110, H170, & Z170 guide. 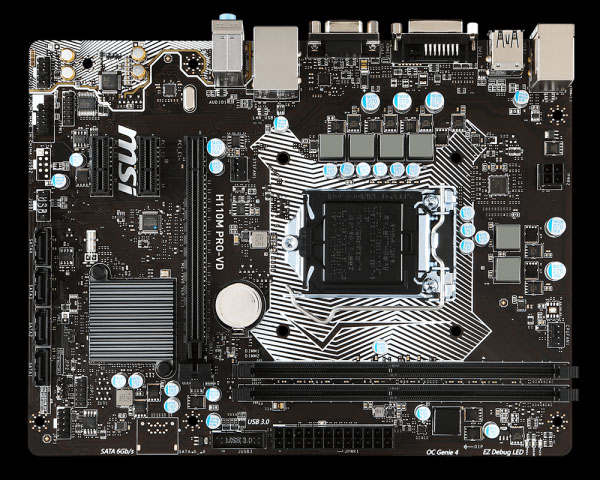 MSI H110M PRO-VD PLUS ($40): Starting with the low-end, we have an mATX board from MSI that utilizes the barebones H110 chipset. This particular board does offer USB 3.1 connectivity and a PCI-E 3.0 x16 slot, something of an anomaly in the realm of H110 boards. Although lacking exotic features like overclocking and PCI-E/NVMe storage support, the Pro-VD Plus is a Skylake-ready board for a sub $40.00 asking price. Paired with an i3, 8GB of DDR4-2133, and a GTX 1050, and you’re ready for Overwatch, Doom, or GTA V. 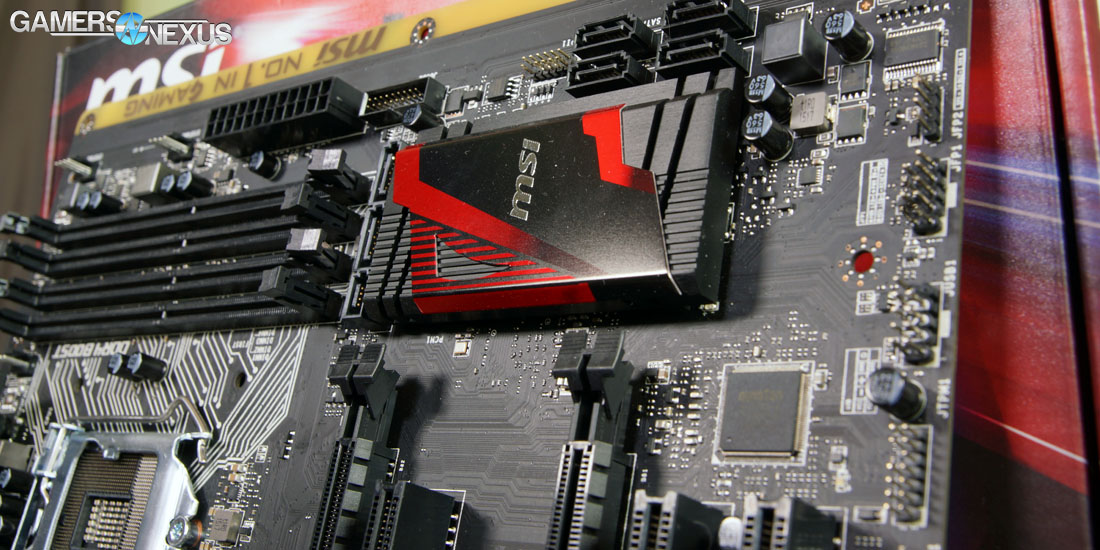 MSI Gaming B150 Gaming M3 ($80): Next up is another from MSI. The B150 chipset is technically aimed at business and enterprise use, but it fits locked CPUs well. This board serves as an entry-level option for those not overclocking. Offering SATA-E, on-board M.2, USB 3.1, and 8x PCI-E lanes running at PCI-E 3.0 speeds, this is a firm move upwards from the H110 chipset. Lastly, UEFI makes this board a good starting place for newcomers looking to build on the Skylake platform. 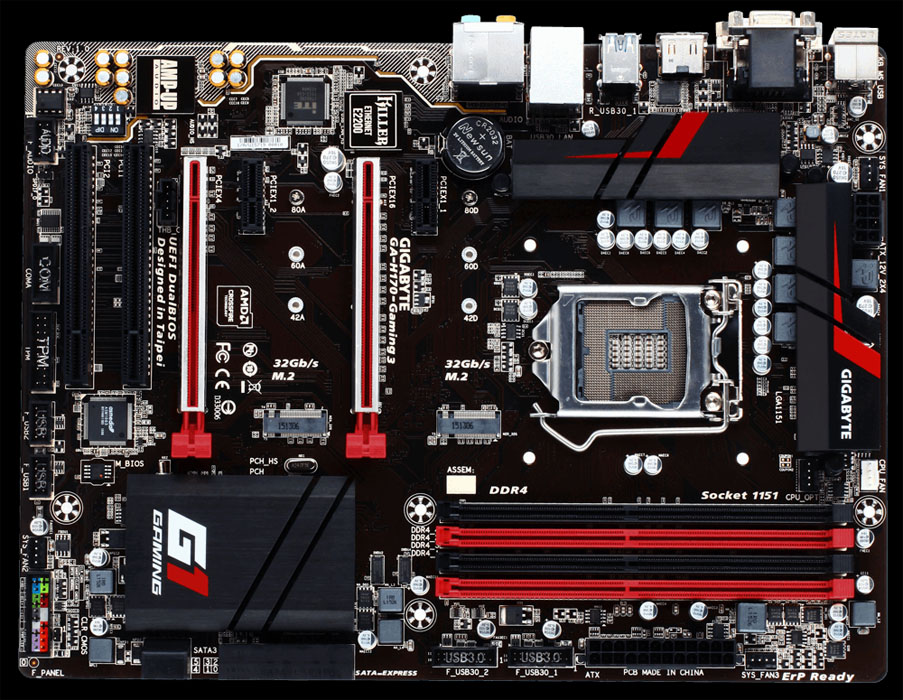 GIGABYTE G1 Gaming GA-H170 Gaming 3 ($80): Moving ever upward and breaking into the more mainstream H170 chipset, we’ve picked an offering from Gigabyte’s G1 Gaming series. As mentioned before on this site, not every Skylake rig needs a Z170 board. Users who have no interest in overclocking or running multi-GPU arrays would do well with the H170 chipset. Note that many H170 boards tout SLI/Crossfire support (this one included), but due to the lane allocation, it’s generally not a good idea to couple more than one video card to H170 boards.

That aside, our board comes with dual M.2 slots with RAID support, dual-channel DDR4 support with four DIMM slots, a fairly beefy (comparatively speaking) 7-phase VRM for power delivery, and UEFI. 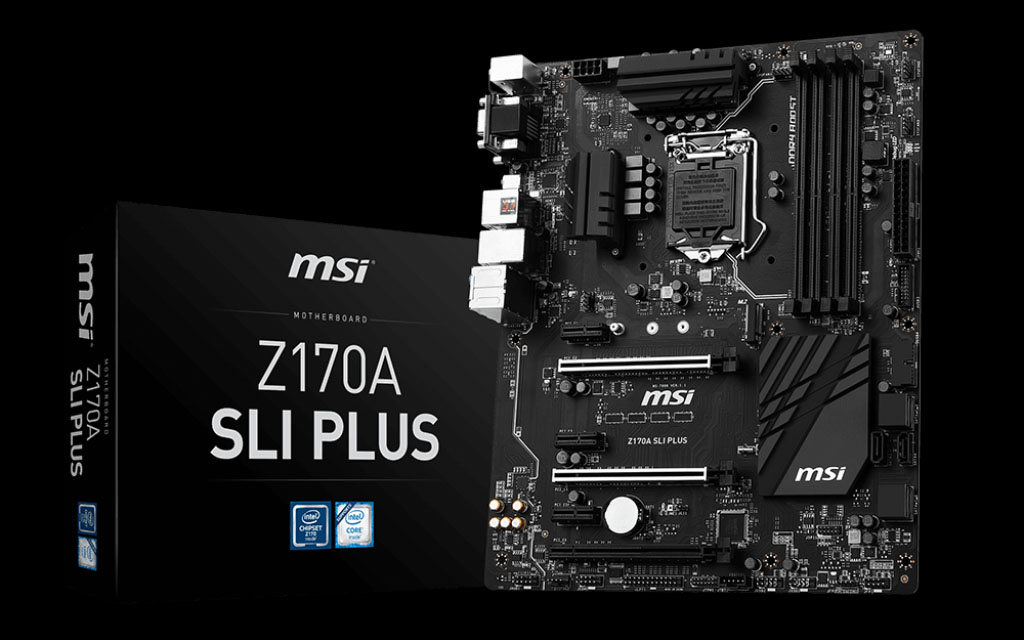 MSI Z170A SLI ($85): Finally arriving to what many would call the 'flagship chipset,' Z170 is targeted at unlocked processors for maximizing performance through overclocking. Most premium boards feature a superfluity of connectivity options, on-board overclocking functions, and more phases in the VRMs.

Main features of the MSI Z170A include M.2 and U.2 slots with NVMe capability, USB 3.1 type A and C, 11-phase power design, and UEFI BIOS with OC Genie 4 for automatic overclocking, and DDR4 support for speeds up to 3600MHz (overclocked). 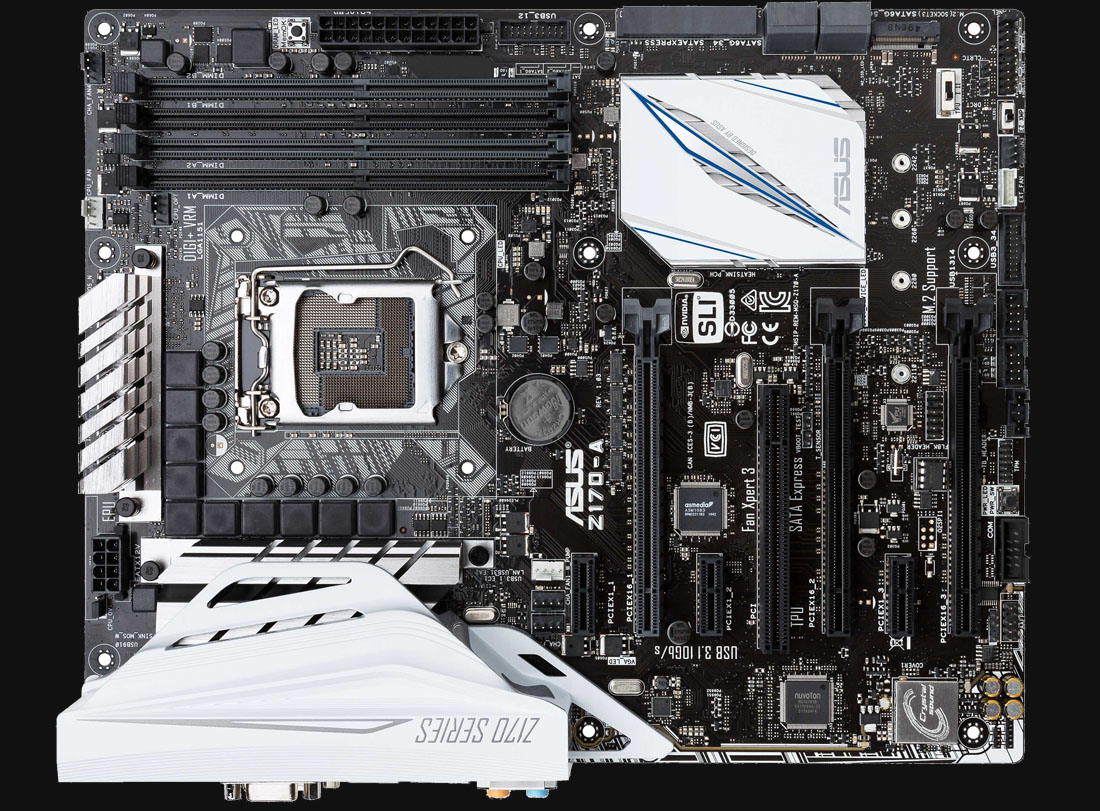 ASUS Z170-A ($120): Our second board to host a Z170 chipset and the first to break the $100 price point for this sale guide, this ASUS board is a middle-of-the-road choice between some of the ROG options and entry-level boards. The ASUS Z170-A board offers a number of features that are often reserved for more lavish boards. These features include: extensive fan control and header count (rivaling some ROG boards), M.2/NVMe/PCIe storage options, USB 3.1 both A and C, automatic overclocking of RAM and CPU without entering UEFI, point and click UEFI BIOS, and an 8+2 phase power design for the VRM. 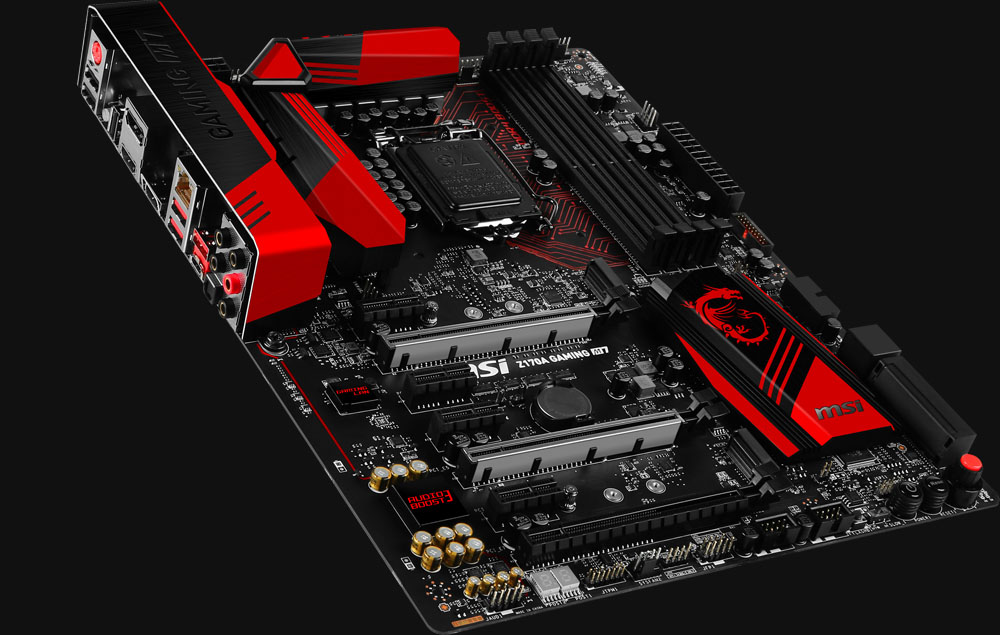 MSI Gaming Z170A GAMING M7 ($160): This is a board we recently brought in for our new test bench for case reviews. The MSI Z170A Gaming M7 has proven impressive thus far, with a useful set of debug tools that include a two-digit debug LED (seven segment display) for troubleshooting, fault LEDs, and probe points. The usual crop of connections and features are here, like M.2 x 2, USB 3.1, and SLI/Crossfire support. Notable perks exclusive to this board are the 14-phase power design, voltage check points for more astute users, enhanced audio package, and reinforced PCB aimed at quelling GPU sag. 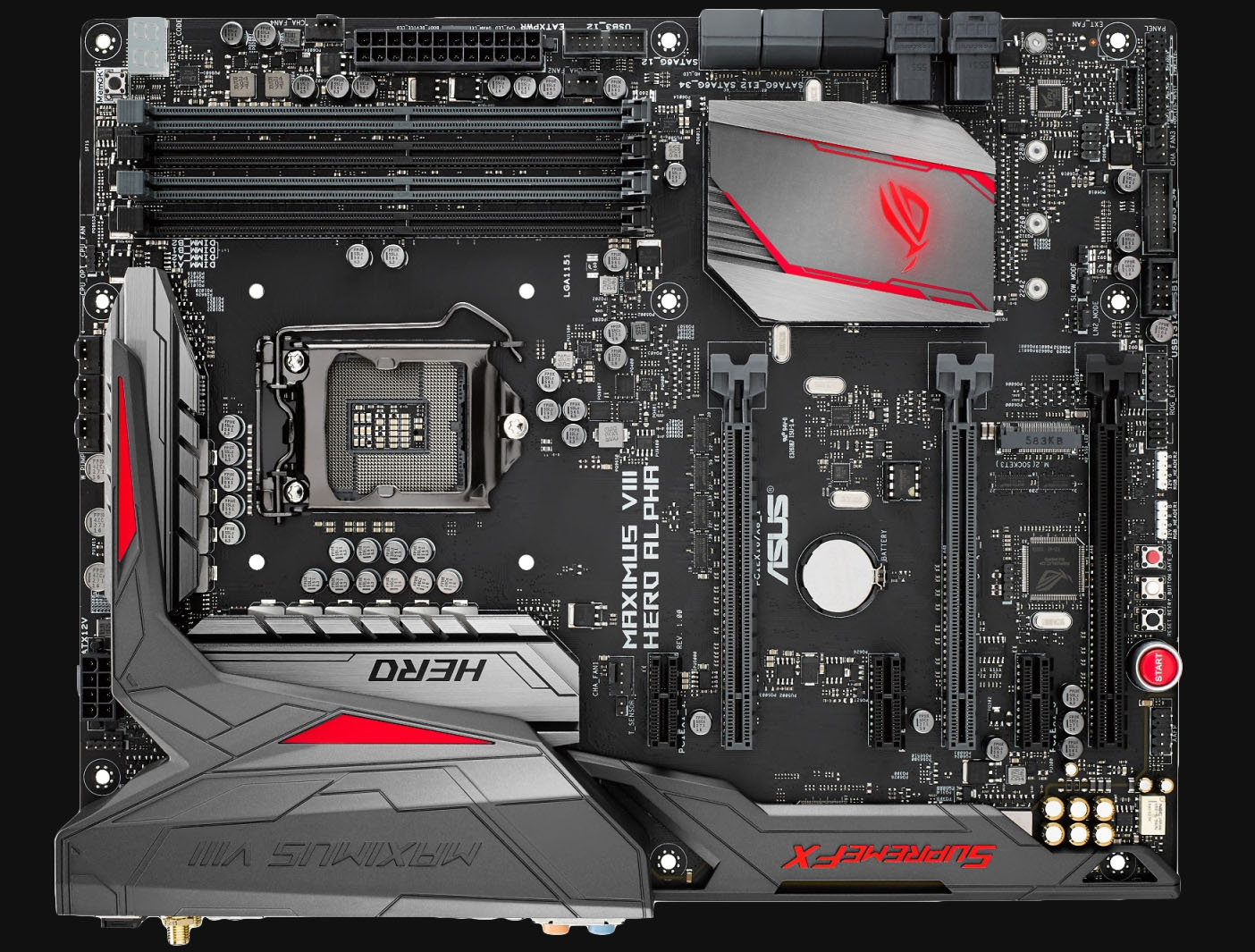 ASUS ROG MAXIMUS VIII HERO ($169): Coming to the last and most pricey consideration, this is the board we opted for in the most recent build guide. A motherboard that usually resides beyond the $200 threshold, ASUS' ROG Maximus VIII Hero is currently available for ~$170 (with a free mousepad to boot). The ROG series is unapologetically aimed at enthusiasts, and this board sits in the middle of that lineup. A more mainstream option, so to speak.

A slew of connectivity options are in the form of SATA 6/Gps, SATA Express, USB 3.1, and a PCI-E 4x based M.2. More intricate features include the 8+2 VRM that employs premium MOSFETS and chokes, extensive fan control, build in OC features, and solid UEFI. Drop-in Kaby Lake support comes in the form of a BIOS update, making this a good investment for users who might be interested in migrating to Intel’s new platform.

Comment below if you need help, or try tweeting @GamersNexus.