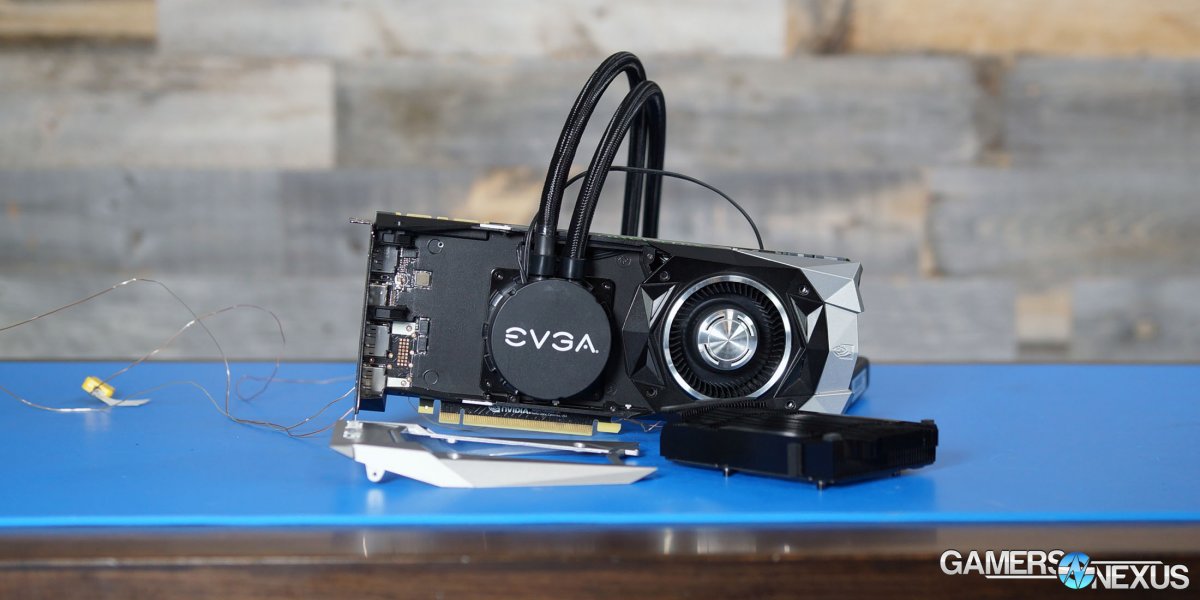 We’ve fixed the GTX 1080 Ti Founders Edition ($700) card. As stated in the initial review, the card performed reasonably close to nVidia’s “35% > 1080” metric when at 4K resolutions, but generally fell closer to 25-30% faster at 4K. That’s really not bad – but it could be better, even with the reference PCB. It’s the cooler that’s holding nVidia’s card back, as seems to be the trend given GPU Boost 3.0 + FE cooler designs. A reference card is more versatile for deployment to the SIs and wider channel, but for our audience, we can rebuild it. We have the technology.

To improve performance, as discussed on the thermal testing page of that review, increasing the fan RPM to intolerable levels would allow greater boosting potential on the GPU by removing a thermal constraint. The GTX 1080 Ti and its host GP102 GPU impose a hard limiter at 84C, employing a fan curve that favors 50% speeds (better for noise, worse for cooling) and leveraging clock limiting to keep that temperature. Here’s that page, if you missed the thermal and frequency vs. temperature & time testing.

One curiosity we’ve always had with these Hybrid mods has been VRM temperature, though; we’ve long hypothesized that modifying the reference design could negatively impact VRM/FET cooling, given the imposition of a block in front of air flow and removal of the heatsink. In today’s testing, we’re deploying thermocouples to FET2 & FET7 to log temperature under each cooler deployment. We’re looking into VRAM testing in the future. 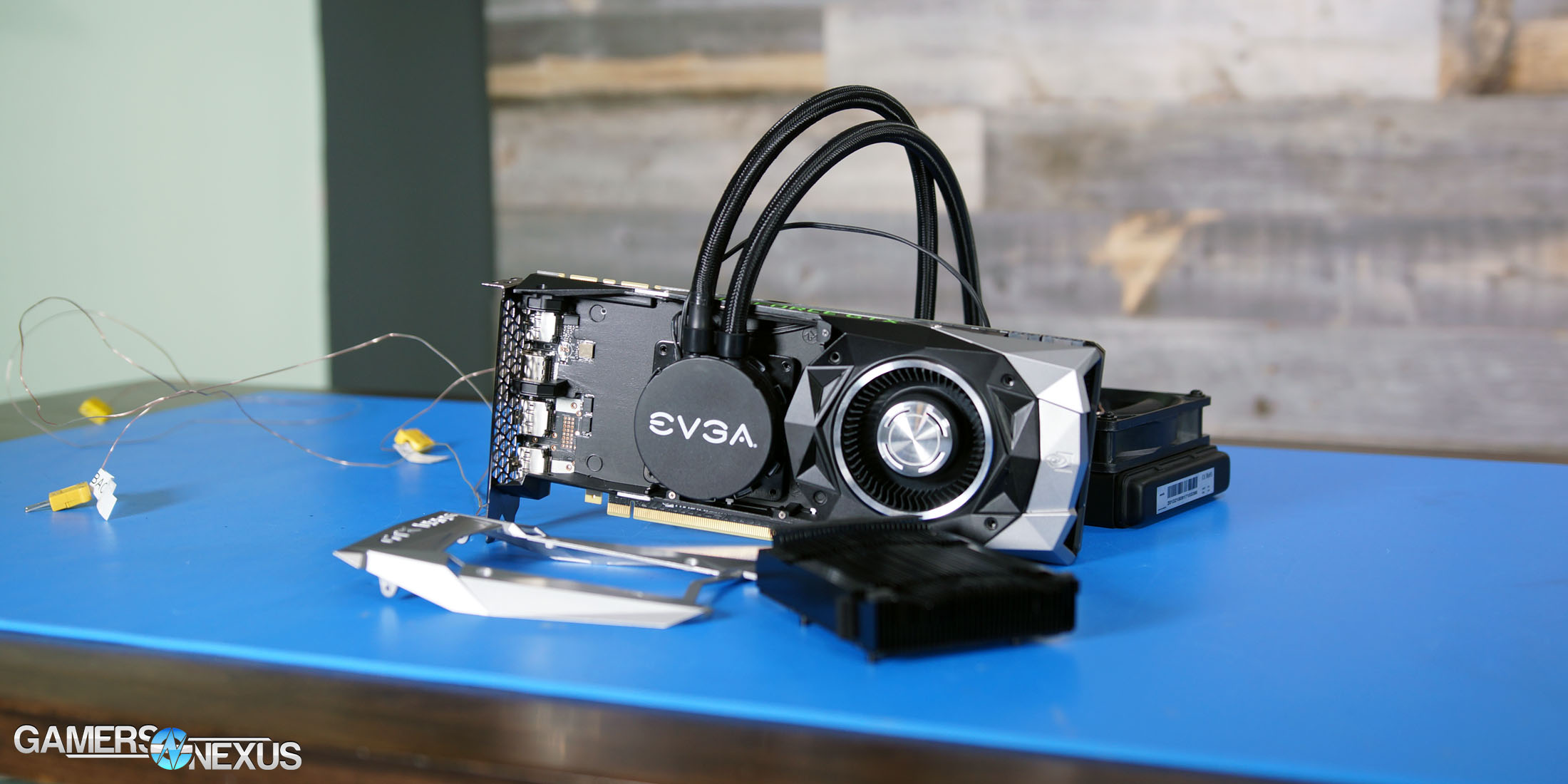 Even if you’re not planning to go through the few-step process of building your own Hybrid card (atop the foundation of a reference design), this content should still be of interest: By removing the thermal constraint, we’re able to project performance of AIB partner 1080 Ti cards with better cooling. That’s without accounting for any pre-OCs, though Boost 3.0 does a good job of basically pre-overclocking for the lazy end-user.

We’re still working on the 1080 Ti follow-up coverage, including noise (dBA) and overclock testing. For today, we’ve got a more thorough look at clock behavior, FPS under thermally unconstrained scenarios, and some light overclocking. Limitations from nVidia on voltage don’t help us hit higher clocks, but we can still run some more tests than we’ve done for today. All in time. There’s a lot going on in the industry, lately, as we’re already on the way to the next event.

Let’s look at the GTX 1080 Ti FE’s performance when put under liquid, then see how FPS and performance increase with better cooling. 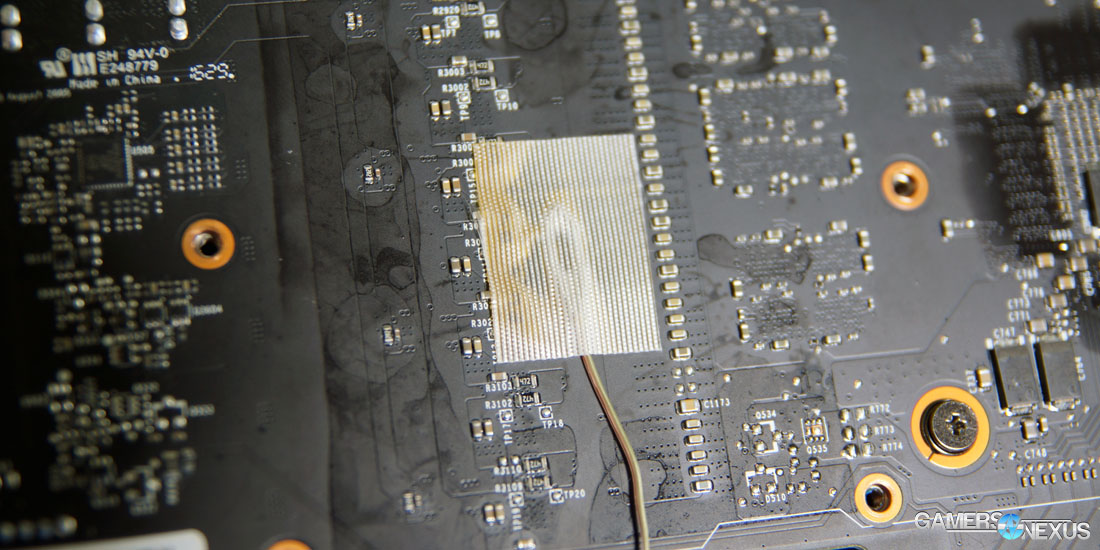 Continue to Page 2 for thermal & clock-rate analysis (and synthetics).