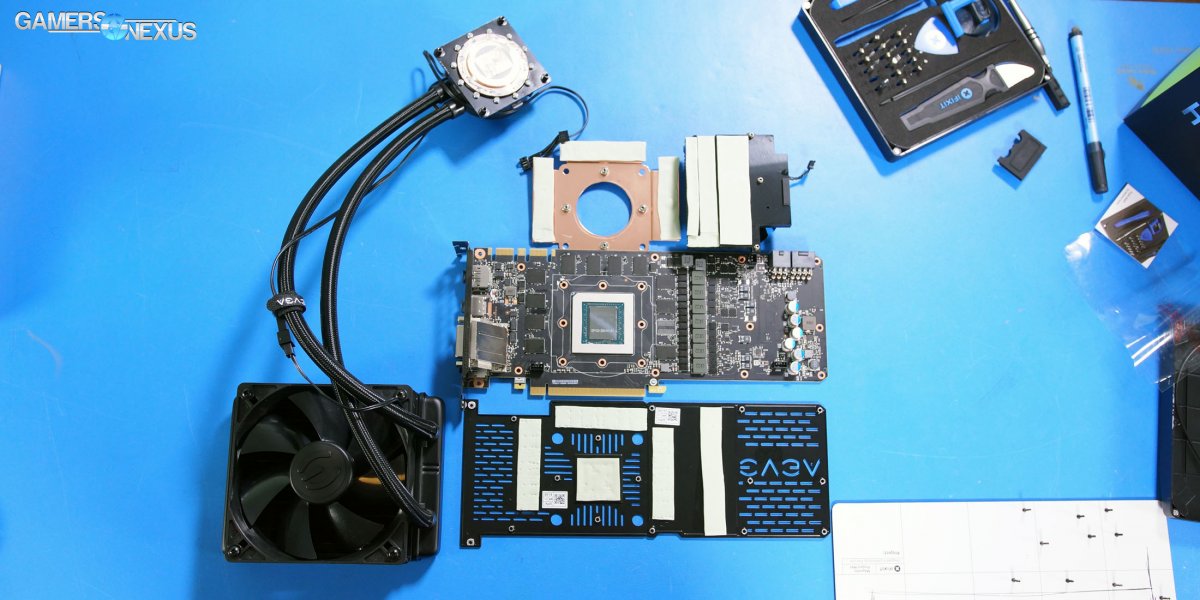 Internally, the video card leverages the same VRAM copper cooling plate that EVGA used on its GTX 1080 FTW Hybrid card. We previously ran A/B tests on these plates (over here). The plates “increase” GPU diode temperature (by nature of sharing the liquid cooling solution between the GPU and VRAM), but help cool video card memory in addition to the GPU. That VRAM plate sinks into the protruded copper plate used on the CLC via thick thermal compound.

The rest is pretty straight-forward, really, and is all shown in our tear-down video above.