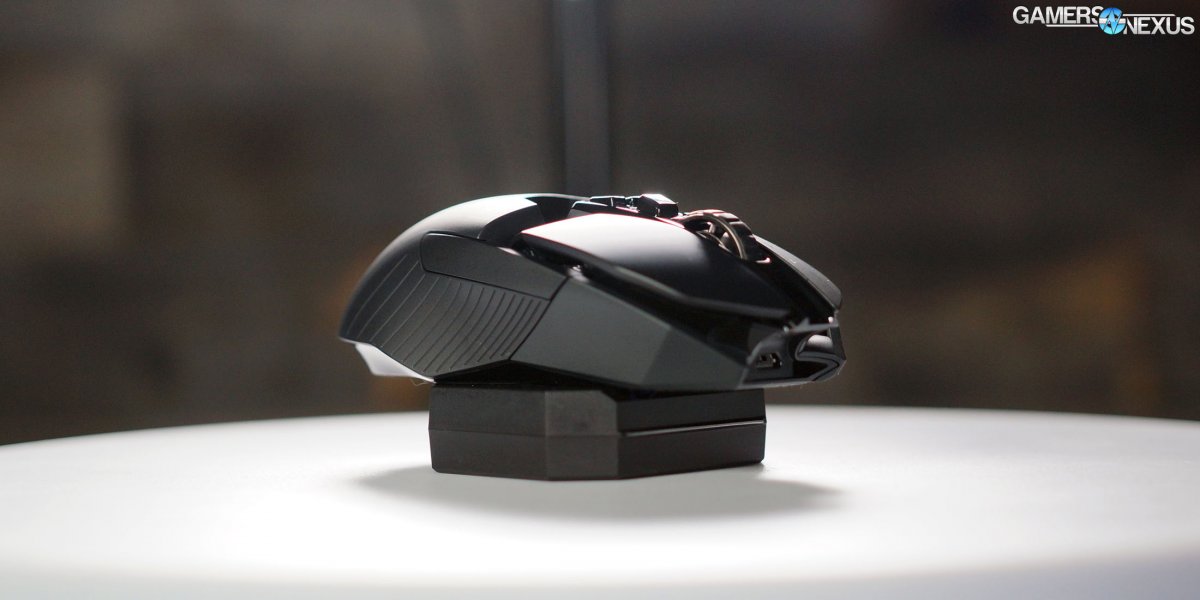 Taking apart the Powerplay mat reveals the coil (a copper wire) wrapped around the perimeter and inner diameter of the pad. The center coil bundle is where the charging will be most effective for Logitech’s mouse, but the solution was built such that charge isn’t ever lost across the entire surface. That said, if you were to crank 12k DPI and use only the top right square-inch, it might be possible to lose charge over time. It’d just require effort, and that doesn’t really count as a real use case.

The box attached to the Powerplay mat contains all the controllers: A wireless receiver is present to make comms the mouse self-contained with the charger, an STM controller handles RGB illumination and other functions, and the USB2.0 input is passed in through the computer. 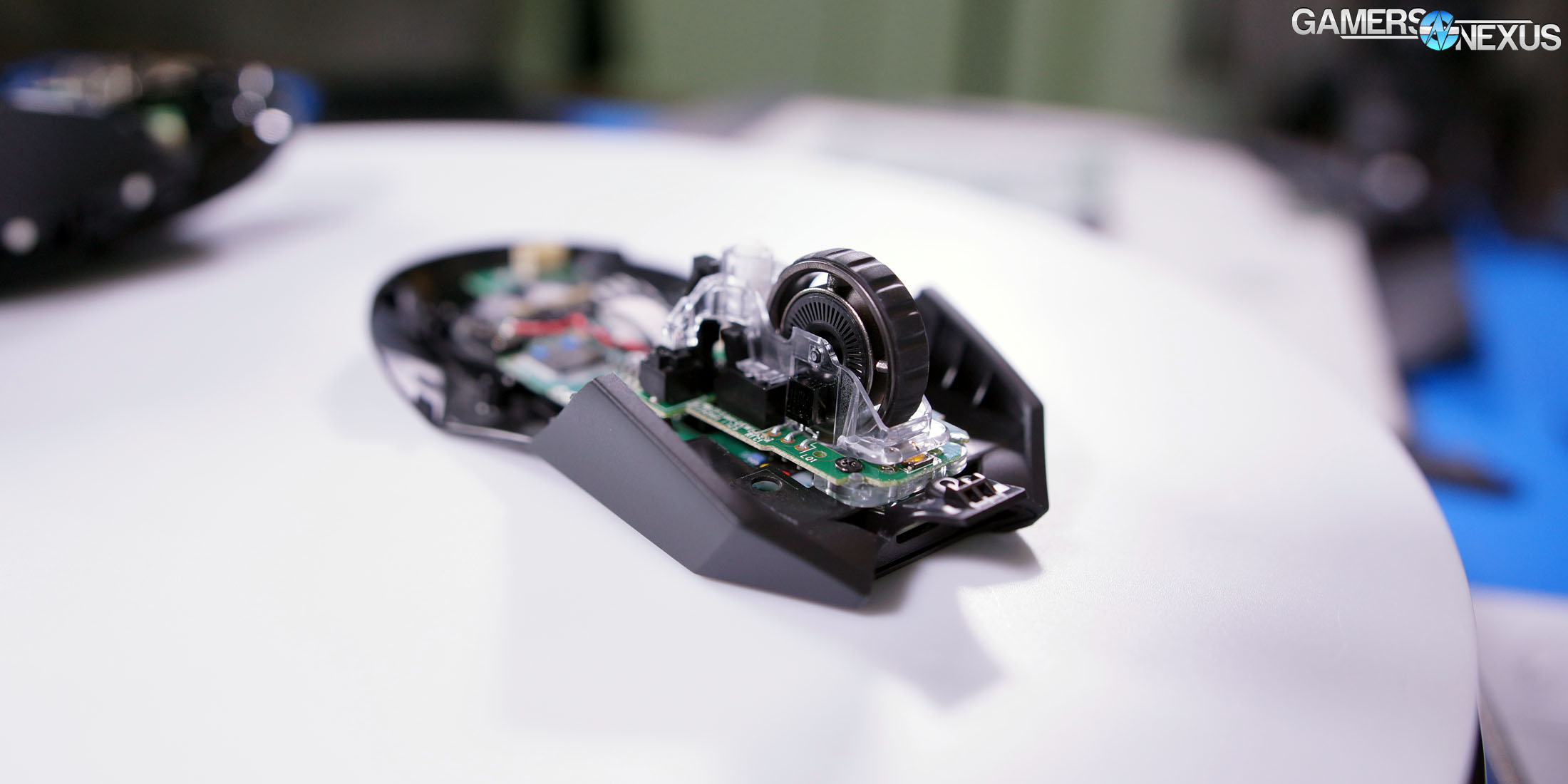 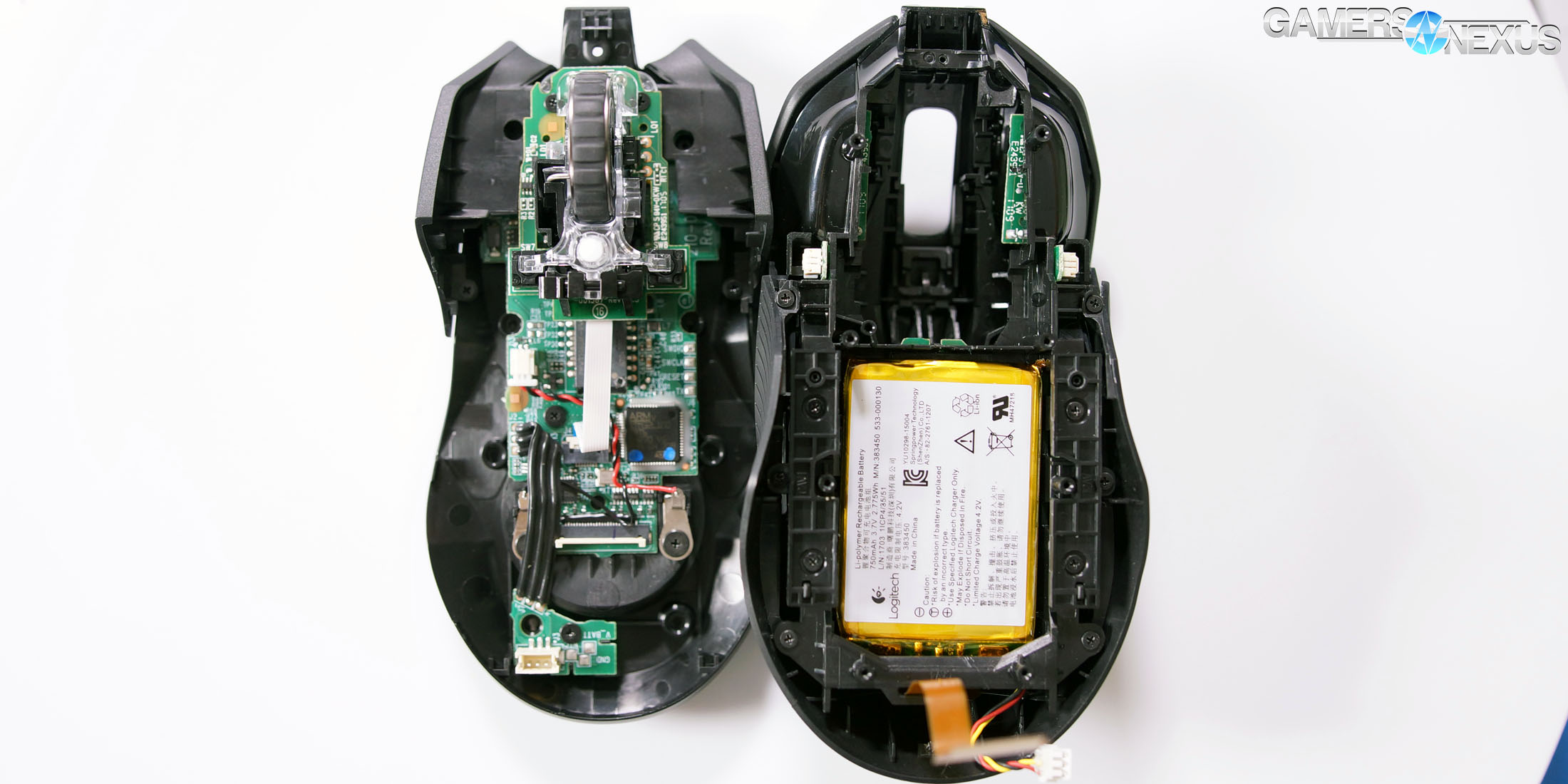 As for the mouse, it’s not too hard to get apart – some are more of a pain than others – but it does have some hidden screws. As usual, screws are mostly hidden under the Teflon feet (though not the two flanking the sensor), with a pair of captive screws hiding  There are some captive screws hiding under stickers, but once those are loosened, the body comes apart cleanly. The mouse separates into an upper compartment and lower, connected by a ribbon cable to the Li-Poly battery (housed in the upper compartment). The sensor, STM controller, and power components all dwell on a main, lower PCB. An upper PCB hosts the hyperscroll wheel and LMB/RMB. Side buttons connect to the upper chassis and use Omron switches, like nearly every other mouse at this time.

For anyone who may wish to user-service the battery in the future, Logitech is using a Springpower Technology Li-Poly battery that’s rated for 750mAh at 3.7V (2.775Wh). The model number appears to be 383450. The battery measures roughly 50x35, +/-1mm.

Learn more in the video above.