Black Friday is just around the corner! For some this day may hold a special place in your heart -- perhaps you’ve been run over in the past by a rushing mob seeking the best deals at the mall (or maybe you're just sarcastic, like we were last year), for the international folks, it may hold little to no significance. This is the day where some of the best deals of the year can be found, whether you look on the net or at your local shopping center. Here at Gamers Nexus we find ourselves excited about the hardware bargains that will appear over the next couple of days, especially those related to souping-up your PC aesthetically or our $482 gaming rig.

Steam started their “autumn” sale yesterday and we expect that it should last until the 27th of November; they're offering some great games at amazing discounts -- for instance, Orcs Must Die was selling at a mere $3.76 USD! They are putting twelve games on sale per day, some of the initial titles included the Mass Effect franchise, Duke Nukem Forever, and even Portal 2. These games are getting massive discounts upwards of 75 % from their original Steam price, so for those of you seeking a new game, keep your eyes peeled for the next couple of days.

Many enthusiasts are already scouring the interwebs for components that might be worth getting during Newegg’s black Friday sales and Tigerdirect’s autumn sale, but not everyone has the time to research what deals would be worth it. We're here to ensure that you don't feel overwhelmed (fear not, we encourage you to ask us more questions in the comments below or on our hardware forums, we get back to everyone). Here's a simple guide we made for you:

Perhaps you’ve been lagging a bit in Battlefield 3 (along with 84% of gamers), maybe that dragon just keeps kicking your ass in Skyrim since your computer can’t quite keep up with what’s going in game -- well, it might be time for a new video card. If you're not entirely sure if it's a video card issue, please ask us below or on the forums. If you agree that you may need a new, beefier card, now’s the time to buy one! The GTX 560Ti and the GTX 570 should be great upgrade cards and they will pump new life into your gaming experience.

Given the historical sales patterns of these cards, and the upcoming release of the new GTX 560 Ti, we would expect each card to go for $50 cheaper than normally (specifically look at the ASUS and EVGA models). These are mid- to high-end video cards and are a great buy, especially if they are on sale. You should be able to play just about any game currently out on maximum settings with the GTX 570 (or pretty close to them with the 560 Ti). If you're more of an AMD person, look for bargains on the HD Radeon 6950 or 6970.

TL;DR Keep an eye out for these video cards:


If you're seeking to add more RAM to your system, we've got good news for you: Memory is a rather inexpensive component in the grand scheme of things, but with impending sales, you should be able to snag 8GB of budget memory (G.Skill, Mushkin, and Kingston specifically) for ~$30 to ~$40, just make sure the speeds match your motherboard's capabilities. Newegg, for example, is selling 8GB of DDR3 (1600) for $30 presently, and that includes free shipping. A lot of essentials are going on sale as well: Cooler Master has a large sale on Newegg that includes power supplies and cases (with the amazing HAF X case series). Likewise, Tiger Direct has great deals on what they call “Overstock items” which are definitely worth a look or two . These “overstock items” range widely, including CPUs, computer cases, motherboards, memory, and a lot of other items which are ALL on sale. 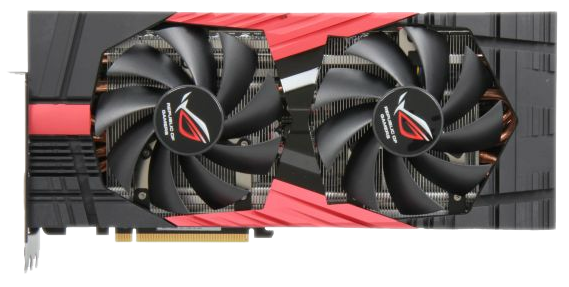 Doubles as a gun.

Some of these sales are already in effect, so if you have cash in hand, you may be able to purchase what you are looking for. The best deals should be popping up on Friday and Cyber Monday though, and for these we recommend that you access the below websites at around 1 AM EST on Friday due to significant server traffic, there should be a lot less traffic than at other times which should speed up your shopping! If you've seen pictures of storefronts on Black Friday, the Internet isn't entirely better off: Newegg has yet to have a year where server traffic doesn't cause serious website lag when shopping, so do your best to get online as early as possible -- you want to cash out on those discounts before lag makes it impossible. Here are some sites for you to check throughout the weekend:


We hope this guide gave you some insight as to the craziness of Black Friday and Cyber Monday -- be sure to post on our hardware forums if you have questions regarding anything having to do with, well, hardware! Oh, and the comments below are always another route for contacting our hardware experts.

Stay safe out there!