Proper preventative maintenance can extend the life of your computer by many years, as we've written about previously, but getting to a point of maintaining requires, of course, the completion of an actual build. Between beginners, intermediate builders, and enthusiasts, there's an abundance of cool hardware utilities for system building, testing, and benchmarking. With anything from a screwdriver to 'anklet' ESD straps to open-air test benches, there are many applications of the ever-increasing selection of hardware assembly tools out there.

In this guide, we'll look at the Must-Have PC building tool kits, testers, and benches that aim to make your life as a system builder easier.

Before jumping into any system assembly process, we always point builders toward our 'Common PC Building Mistakes' guide, which attempts to help eliminate some of the sillier mistakes that can occur when building a gaming rig. With that note out of the way, let's jump into the must-have tools!

(Quick additional note: If you run across any questions at all during this post, leave a comment below or hit up our forums -- we try to answer every question we get).

The plain yellow-and-black ESD wrist strap isn't the only one on the market (though it is great for most builds). ESD work mats are also available, adding a bit of redundancy and protection for when parts need to be set aside for use later. Using the 'pink foam' from a motherboard box will work well enough, to be sure, but an ESD mat can be nice for when more room is required. 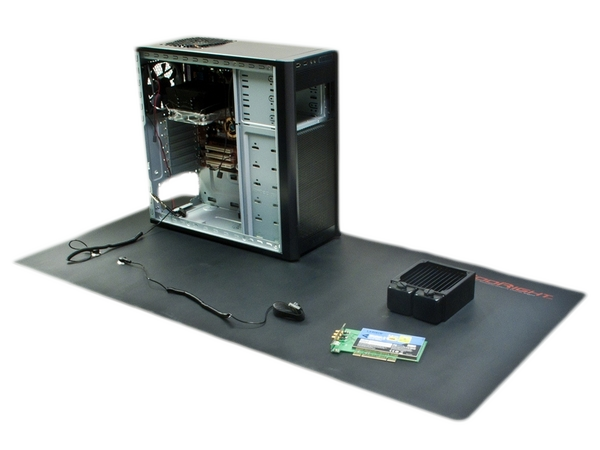 You can find them pretty easily, but I have personally used this one with no complaints to speak of. There are plenty of others - check your favorite shopping website for "ESD Mat" - they vary in size and price.

For those who like to play doctor, ESD gloves are also available at cheap prices, although I do not prefer them since they tend to be a bit more disposable.

Things to look for: Many of the best ESD mats come with clip-in locations for ESD wrist straps, ensuring that you're actually grounded. In terms of ESD wrist straps themselves, they're pretty standard. A lot of the 'wireless' ones are bogus, so be careful and do your research. There are wireless ankle straps that I've used in a professional /enterprise environment, but I've never seen them for sale on the consumer level.

A screwdriver and a hammer. That's all anyone's ever needed for a system build. Look it up on Wikipedia, it's true. Go ahead, I'll wait.

Well, I suppose it's not true. There are thousands of tool kits for system builders out there, so it's only fair that we look through a few of them. A screwdriver will get most systems to completion, a hammer will ensure destroyed evidence -- err, I mean, hard drives -- and thumb-screws will do the rest. It is useful to have claw-like grabbers for grabbing things in tight corners, pliers for freeing stripped screws, flashlights - since system building is always done in low-light, it seems, and various sizes of each tool for reaching under those massive CPU heatsinks. 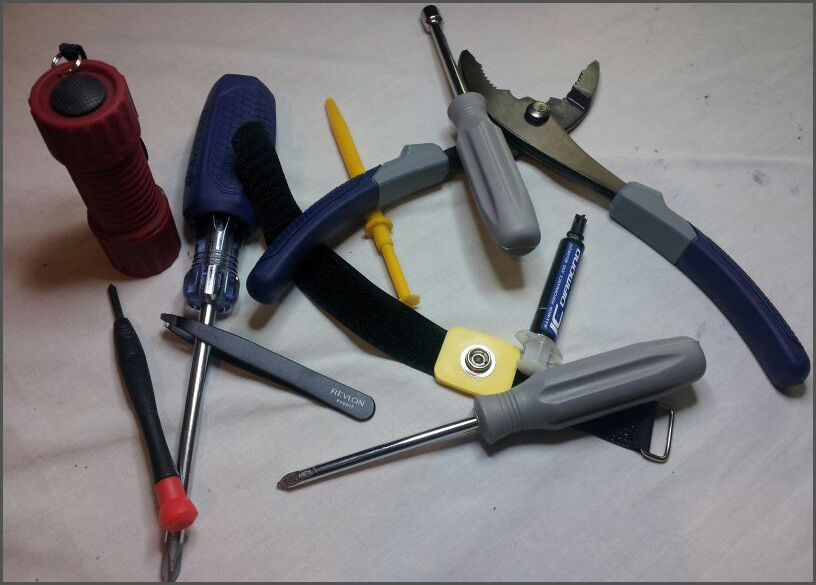 Belkin makes a lot of the cheaper starter kits, as we have seen with their previously-mentioned yellow ESD strap, but Rosewill (makers of the Thor V2 and R5 gaming cases) has a number of generic toolkits out there, too.

Extra screws are always recommended for any stockpiling system builder. The damn things are so easy to lose... "I'll put all the rounded/small ones here, and all the corkscrewy ones there, and... wait, damn it, which pile is the roundy-square ones?" That's where the extras come in. There are many options on many shopping sites for screws, but this generic kit of motherboard stand-offs, ATX screws, and mounting screws will get you started. Alternatively, try this one. 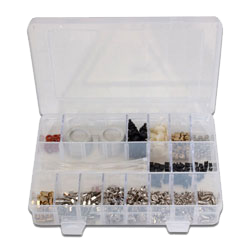 Things to look for: Screwdrivers. It sounds dumb, but seriously: Get as many types of screwdrivers (within reason, and price) as possible. Fat screwdrivers - like the more expensive Cobalt ones that can be found in your typical hardware store - are perfect for removal of stripped screws. Removing stripped screws from a motherboard can be dangerous since, of course, it's not a good idea to spread metal shavings all over the case with a drill, so fat screwdrivers are good for that. Some kits come with ratcheted screwdrivers, measuring tape, and multiple bits/heads, all of which can be useful. I personally like the clawy-grabby-things for retrieving dropped screws, which can be found in cheap sets like this one.