My Experience with the QNIX 2710 B-Rate, 1440p Korean Overclocking Monitor 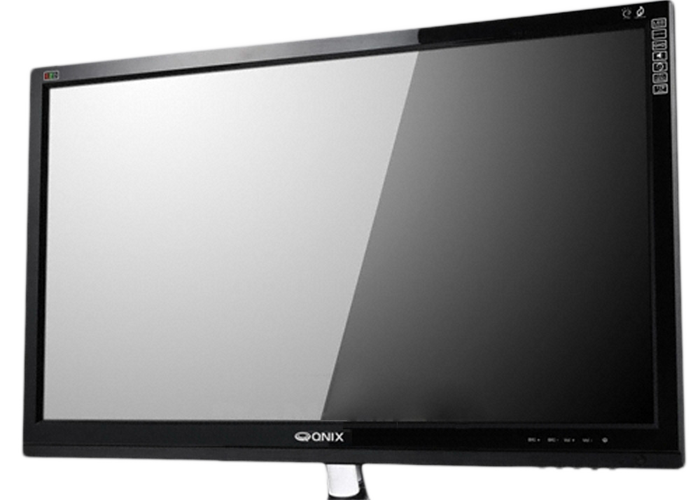 A lot of enthusiasts have been buying off-brand Korean monitors lately. Now, this alone is hardly newsworthy, but these monitors are a little bit different than the average off-brand product. The QNIX 2710 ($333) is an LED-backlit, 27” PLS -- Samsung's version of IPS -- monitor at 1440p resolution. The QNIX 2710 is abnormal due to its lack of a scaler, which does require you to use DVI-D input, but allows the screen to be overclocked to 96Hz+. Yes -- these monitors can be overclocked. In fact, most users can overclock their QNIX 2710 to 96Hz, and some lucky people reach 120hz (though very rarely).

Due to the lack of a scaler, the QNIX does require DVI-D as the input source, adapters won't work, and consoles are not compatible with this monitor. The QNIX uses Samsung PLS panels, so the colors are quite vibrant and color-banding (inaccurate color presentation) isn’t common. These monitors do use cheaper casings, stands, and packaging to help decrease the cost. The standard QNIX 2710 comes in at $300 with a maximum of 5 stuck/dead pixels, and the “Pixel Perfect" version comes it at $345 with up to 3 stuck/dead pixels -- not quite pixel perfect, eh?

For navigational convenience, this review of the QNIX 2710 Korean overclocking display will be split into four sections: intro/chassis quality, panel quality, overclocking, and general fixes/conclusion.

Immediately when receiving the QNIX 2710, I realized that the chassis and stand were part of the reason behind its low price. The chassis and stand are plastic -- which can be acceptable -- but the plastic used in this instance is cheap. In fact, the stand is easily the worst part of the monitor. The bottom of the stand has sticky dots / feet so it doesn't slide, but they fall off easily and readily. It's quite wobbly, and even when very tightly screwed, the monitor wobbles if I lightly bump my desk. The saving grace of this is that the monitor has standard VESA mounting holes, so using aftermarket stands is possible.

Another flaw in the QNIX 2710 chassis is how it secures the panel in place. The way the chassis secures the panel sometimes leads to one side being slightly lower than the other -- something that is easily fixed with some DIY effort. The chassis allows tilting of the monitor, albeit jerky, but if rotation or height adjustment is need, consider buying a different monitor or an aftermarket VESA stand. Despite all else, the QNIX 2710 chassis does look pretty good to the eye.

As said in the introduction, the QNIX 2710 uses 2560x1440 Samsung PLS panels, which are actually rumored to be panels rejected from Apple and Dell (B-rate). This would help explain why the monitors vary in quality. The QNIX 2710 has an input lag of 8ms, which is fairly standard for a PLS/IPS panel. Due to the QNIX 2710 being a PLS panel, it has impressive color output. Although, now my TV and old monitor look faded and washed out due to spoiling by the QNIX 2710.

By way of example, I have a semi-stuck pixel in the top left of my QNIX 2710 that took me around 7 months to notice.

On the topic of pixels, the 108.79 PPI (pixels per inch) makes text crisp and look good, while not having issues with DPI scaling like higher PPI screens do. One risk of the QNIX 2710 is the chance of receiving one with very bad backlight bleed. The backlight bleed will generally be worse than more expensive name-brand monitors using similar panels, but the QNIX 2710 is a fair amount cheaper. Luckily, backlight bleed can be reduced – which we review later -- so the overall color quality of the panel is still good. At 108.79 PPI and with the good viewing angles, a chance of backlight bleed and stuck/dead pixels isn’t so bad.

Overclocking a monitor’s refresh rate is rarely advertised but is actually possible on some monitors, especially the QNIX 2710. Overclocking the QNIX 2710 has not been shown reduce its lifespan noticeably but does change colors a bit and reduce brightness. The QNIX 2710 comes clocked at 60Hz, but when overclocked, it can generally reach 96Hz as a baseline. Reaching 120Hz is considered lucky.

Overclocking in multiples of 24 (due to some media -- movies -- being shot in 24 FPS) will allow for smoother playback of cinematic media. Overclocking on nVidia and AMD GPUs is actually quite different, but for both vendors, overclocking is fairly easy. We will post a guide on how to overclock monitor shortly.

Many of the QNIX 2710's flaws are actually quite fixable with a little courage, know-how, and elbow grease.

How to open the monitor casing on QNIX displays:

Use a small flathead screwdriver to open the monitor along the incision line. Push the tabs from the inside and slowly separate it. Be careful not to let the panel weigh down and pull on the internal cables. Breaking a tab or two is somewhat easy, but shouldn’t affect the monitor other than cosmetically.

One fix is to take the front bezel/panel off (so the panel is exposed) and then very slightly twist the panel to reduce backlight bleed. I personally dislike this method since bending my new 1440p panel makes my heart skip a beat.

Another method to fix backlight bleed on the QNIX 2710 is to apply electrical tape to where the panel bezel meets the monitor, but the issue with this method that it's very easy to cover pixels or for the tape to come undone.

My favorite approach is similar to the previous, in which you apply electrical tape like before, but then use a very small flathead screwdriver to carefully tuck the tape under the panel bezel. After this, apply light pressure to the panel bezel to help set it in place.

I used this method for my QNIX and fixed most of my backlight bleed. It doesn’t look so bad once tucked under the bezel. 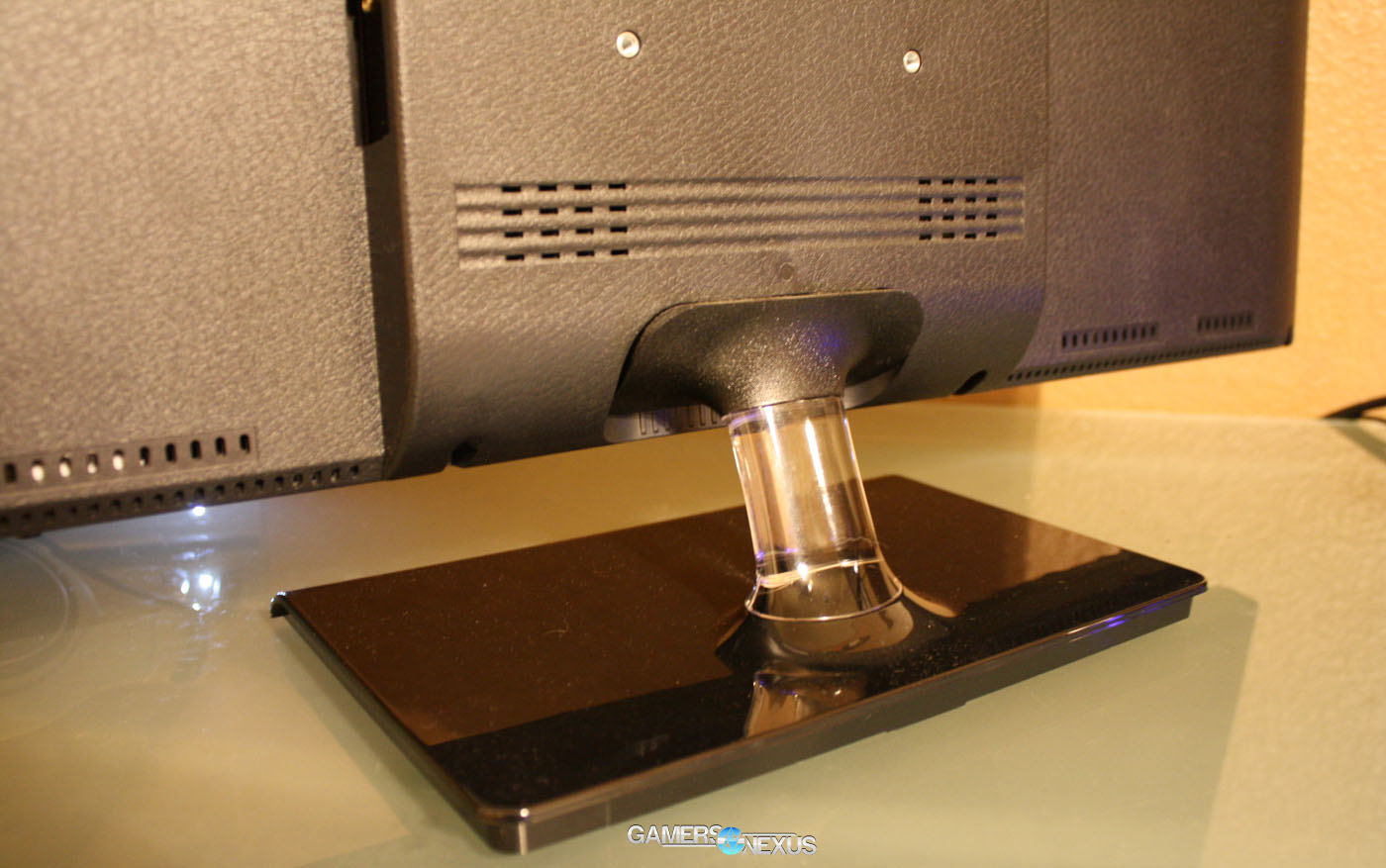 This is due to the abysmal stand to which the QNIX 2710 is mounted. An easy fix is to simply tighten the bolt on the bottom of the stand as tight as possible with a wrench; after doing this, mine has been fairly stable, but still wobbles some. The QNIX panels also have VESA mounts, so using an aftermarket stand is possible -- though it does tend to eat into the ‘savings’ a bit when you buy aftermarket solutions.

As previously said, this is due to the QNIX 2710's cheap (read: bad) solution to holding the panel in place. An easy solution is to take the front of the monitor, then find where it is lacking proper support. Once you’ve found that spot, stuff something in to support it … or build a little Lego support.

The stand on the QNIX 2710 detaches but the stub is left behind, which can be an issue with VESA mounts and can just be ugly. To remove this, take the casing off, then unscrew and pull out the stub.

Sadly there is no good solution for dead or stuck pixels. The only fixes I have heard of -- but I cannot comment on their efficacy -- are rubbing the pixel with a little force or using this website. You’re on your own, here.

The QNIX 2710 is a very interesting and unique product. It has its advantages in the way of refresh rate overclocking, low price, good colors, high resolution, and fairly standard input lag; that being said, it certainly isn’t perfect. QNIX displays can and do suffer from backlight bleed, stuck/dead pixels, and an abysmal stand. The standard QNIX 2710 at $310 is what I suggest, but there is a “Pixel Perfect” model for $360, although they still allow up to 3 dead pixels.