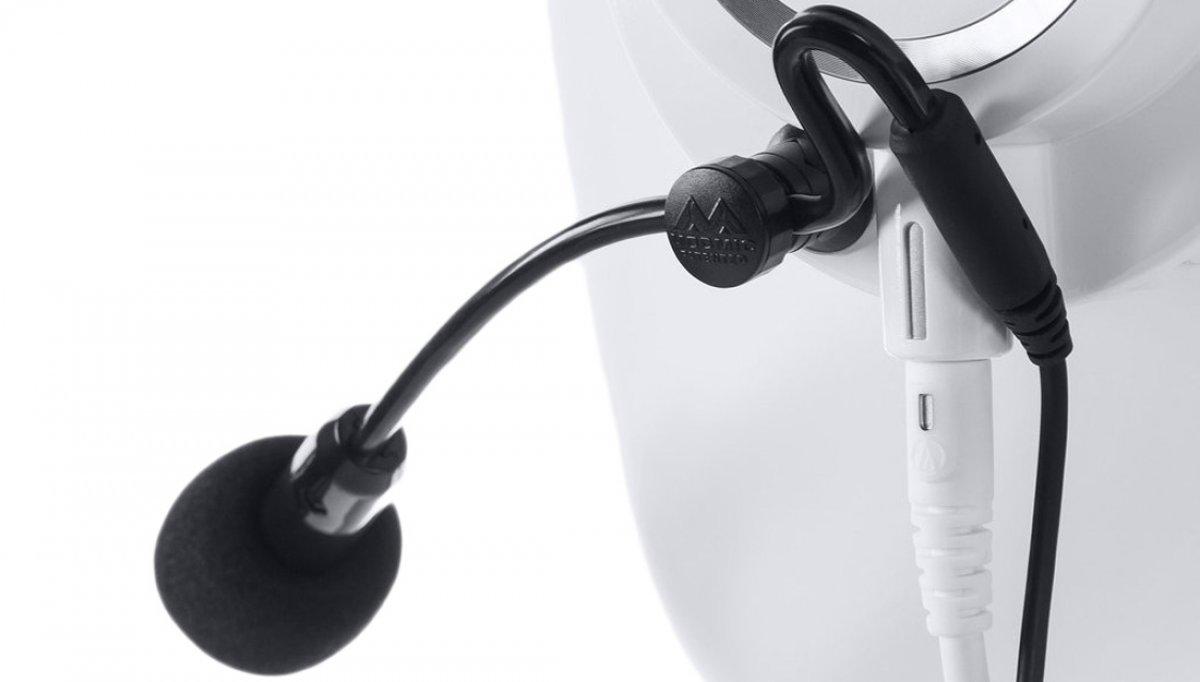 The specs (as stated by Antlion) are:

Compared to the Antlion ModMic 4, the ModMic 5 mic has noticeable improvements. Most significantly, the ModMic 5 is much less flat sounding than the previous version, but we still find it falls slightly short of our Samson Meteor ($66). We found that there’s a slight hiss in the background of the ModMic, but you’ve really got to listen for it; thus far, no one we’ve played with has said anything about it (even when questioned about how the mic’s quality is). This slight hissing isn’t the fault of the ModMic 5 and is actually the result of poor grounding/isolation on many motherboards, but this is unfortunately a problem that non-USB mics can have when used on motherboards with poor grounding/isolation (which is sometimes present in even mid-range motherboards).

Like its predecessor, the ModMic 5 does well to only pick-up noises directly beside and in front of it (assuming the unidirectional setting is used) which is useful when there is a lot of background noise. The omnidirectional mic does better to pick up sound from all directions, but any sort of boom mic won’t be amazing for picking up ambient/room placed sounds simply due to its sensitively (that is determined, in part, based off how close the mic is to the noise source). That being said, having both available – and easily changeable at the flick of a switch on the mic itself – is fairly convenient and useful for users with multiple use cases.

Antlion also includes a pop filter to help soften plosives like P sounds in words such as “pop” “potato” and “picture.” This pop filter works well and is also easily removable, great for cleaning or replacing it. Included below: ModMic 5 vs. ModMic 4 & Samson Meteor.

Overall the ModMic 5 is a noticeable improvement over the ModMic 4. It sounds noticeably less flat while maintaining the clear sound that ModMic 4 had. The inclusion of both omni and unidirectional mics (which are changed via a switch on the mic) is decently useful depending on the user’s needs. For most folks, you probably just want to end up in unidirectional mode almost exclusively. The omnidirectional mic is decent, although standalone desktop mics are still oftentimes better for room/studio recording simply due to their placement and condenser size.

Like the ModMic 4, Antlion doesn’t include any specialized software or drivers to go with the ModMic 5, which is a pleasant change of pace compared to many gaming peripherals. On one hand, specialized drivers/software can have a lot of unique features, but for mics there is plenty of software both freely available and built into OSes like Linux, Windows, and OSX that make having specialized software unnecessary and even problematic.

The attachment mechanism for the ModMic 5 is exactly the same as the ModMic 4, and that’s a good thing. The adhesive clasp secures easily to the side of a pair of headphones and the ModMic boom snaps onto it tightly with the built-in magnets. Twisting and pulling the mic away from the clasp separates the magnets and allows the mic to be easily taken off with little effort (and only one hand). One of the primary differences between version 4 and 5 though is that the boom mic construction on the 5 is much harder to bend. On one hand, this helps prevent it from getting accidentally bend when headphones are dropped or the mic is hit, but it also makes adjusting the boom to be a bit more cumbersome. Nevertheless, the ModMic can still be bent into any reasonable shape needed.

The ModMic 5 also has a modular cable system that allows for use of differing length wires (included) and a removable mute switch. The mute switch is somewhat large, but that’s necessary for it to be removable while still using a standard 3.5mm jack. Overall, the modularity is handy, but once the mic is set up with the right length of cable (and with or without mute switch), it is likely to not be used again.

Once again, my primary issue with the ModMic is the necessity of having another wire to deal with. This is a requirement simply due to the ModMic being an addition to headphones and not an integral part of them. Wireless mics and headphones aren’t convenient since they require charging, which limits their usefulness unless you’re particularly “courageous.” Luckily, Antlion addresses this well by including cable clips and a flexible cable wrap that help to manage cable clutter. The one caveat is that if the mic is going to be taken off, often these can’t be as effectively used. Nonetheless, the included cable management supplies help to remedy the issue of wire clutter that is inherent with having an add-on mic.

Compared to its predecessor, the ModMic 5 has substantially improved build quality. The modular cable system allows for cables to be replaced if they break. They are fairly sturdy so this isn’t a large worry, anyway. The mic boom itself is thick and sturdy, yet still malleable. Despite having dropped and knocked my headphones around a fair bit, the mic itself has never gotten bent out of shape, nor do I have any worries about it breaking even considering my somewhat abusive nature to mics/headphones.

Conclusion: Is the ModMic 5 Worth It? 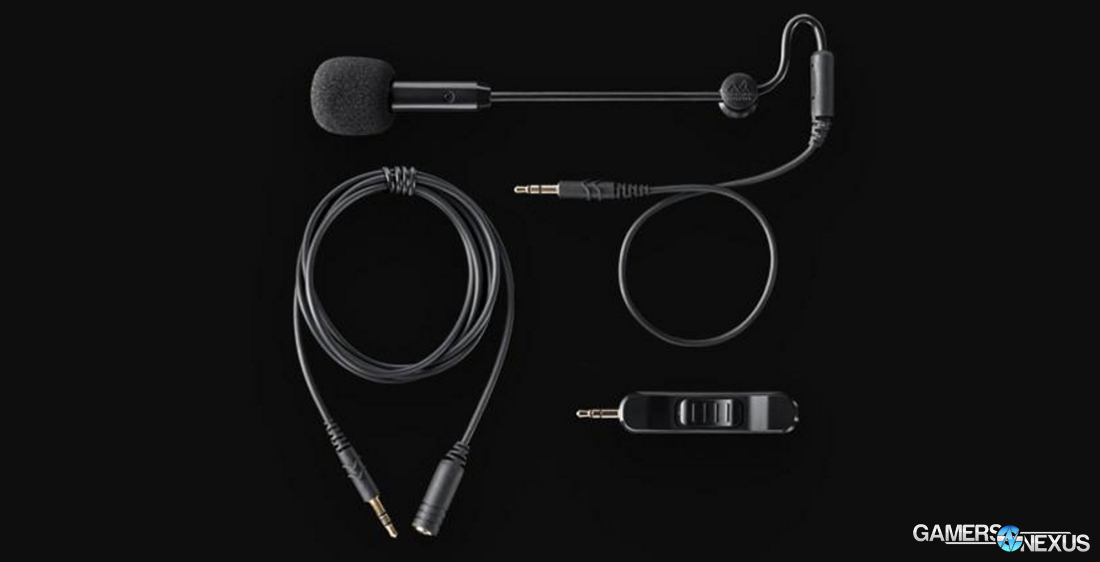 Like the ModMic 4, the ModMic 5 allows users to keep their own headphones while adding an adjustable and removable boom mic with good audio quality. The boom mic is exceedingly adjustable and keeps its shape well, even when the headphones are dropped. There is still another cable to deal with, which can be a mild annoyance, but Antlion includes even more cable management accessories with the ModMic 5 so this is even more of a minor issue than it was with the ModMic 4.

Overall, the ModMic 5 is a solid improvement on the ModMic 4, although none of its improvements are revolutionary. The ModMic 5 is currently priced at $70 on Amazon, making it somewhat expensive, but there is also a lack of comparable products for it to compete against. The ModMic 5’s largest competition is actually the ModMic 4 at $50 (without mute switch, $55 for mute). Both are largely similar, with the most notable differences being a modular cable design (and mute switch), both omni and unidirectional mics, and higher sound quality. For most users, the $20 is probably worth it to spring for the ModMic 5, but for those on a more strict budget, the ModMic 4 is still plenty sufficient. For anyone looking for something less cumbersome and better for recording ambient/room-level sounds a desk mounted mic like the the Blue Snowball or Samson Meteor, would be a solid choice.