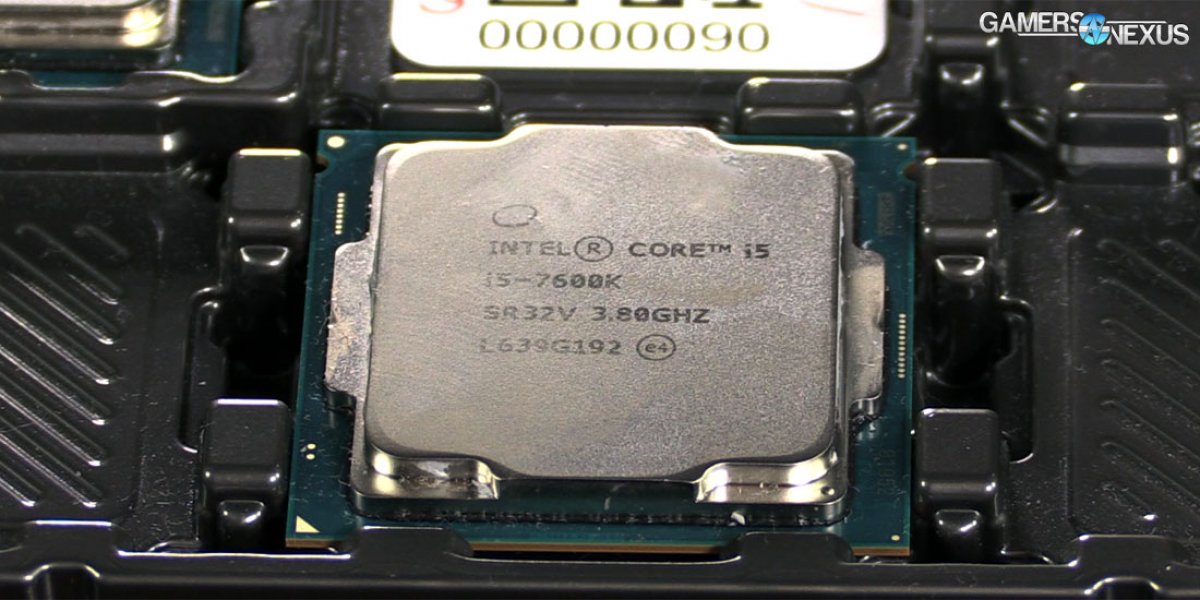 The Kaby Lake i7-7700K launched to the usual review verdict for Intel CPUs: Not particularly worthwhile for owners of recent Intel i7 CPUs, but perhaps worth consideration for owners of Sandy Bridge and (maybe) Ivy Bridge. The CPU gave an extra 1.5-3% gaming performance over the i7-6700K and roughly ~+7% performance in render applications. The i5-7600K we’d suspect would be similar in its generational stepping, but it’s worth properly benchmarking.

Our i5-7600K ($240) review and benchmark includes CPUs dating back to the i5-2500K (including OC) and i5-3570K, though we’ve also got a similar amount of i7 CPUs on the bench. We’ve just finished re-benching some of our AMD CPUs for some near-future articles, too, but t hose won’t make it on today’s charts.

Again, check the i7-7700K review for the Kaby Lake architecture updates, along with Page 2 for the chipset differences, but we’ll quickly update here.

Kaby Lake is built on “14nm+” process, which is Intel’s way of marketing fine tuning over the previous 14nm Skylake process. For Kaby Lake, updates primarily consist of changes to the gates and fins (widened gate pitch, slightly modified fin height), ultimately resulting in a clock frequency increase. That change gets us an extra couple hundred MHz in stock clocks over the previous generation, the origin of nearly all performance gains with Kaby Lake.

Caching and features are effectively identical to Skylake, as are most of the chipset features. We see some additions in Intel Optane support (learn what that is here) and HSIO lanes for lower-end chipsets, but that’s about the start and the end of it.

Like other K-SKU CPUs, the 7600K is fully overclockable via BCLK + multipliers and pairs best with the Z-series motherboards. As for other 7600K specs, we’re looking at a 2MB reduction in total cache from the i7, dropping to 6MB (vs. 8MB), but otherwise keeping largely the same specs and compatibilities. The biggest change, as always, is the halved thread count and reduced frequency.

Continue to Page 2 for thermals & synthetics.