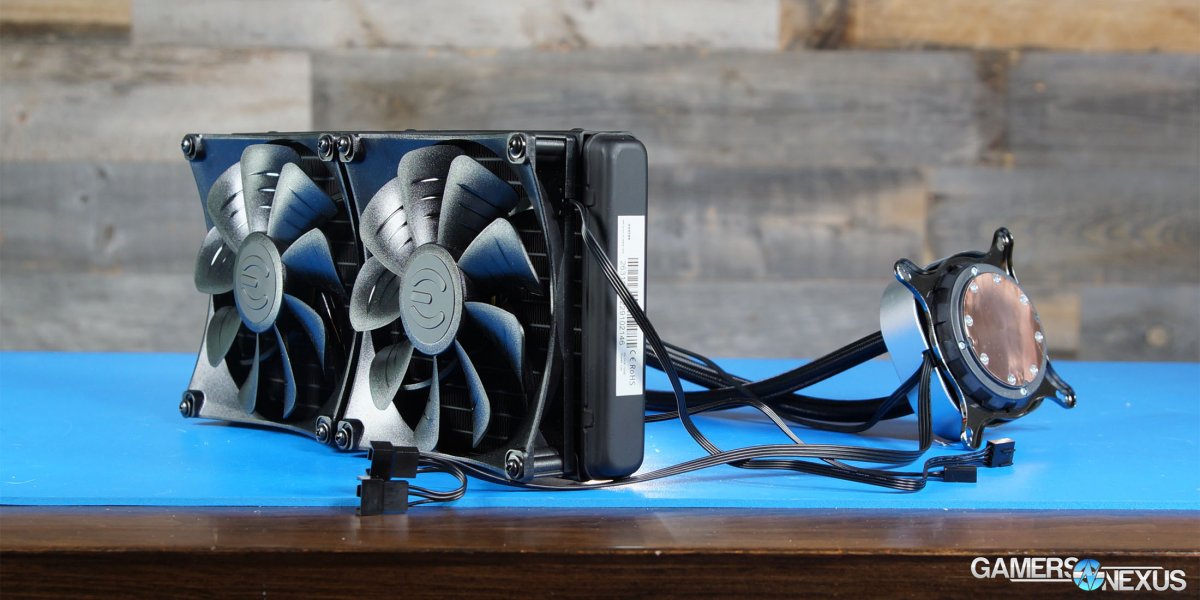 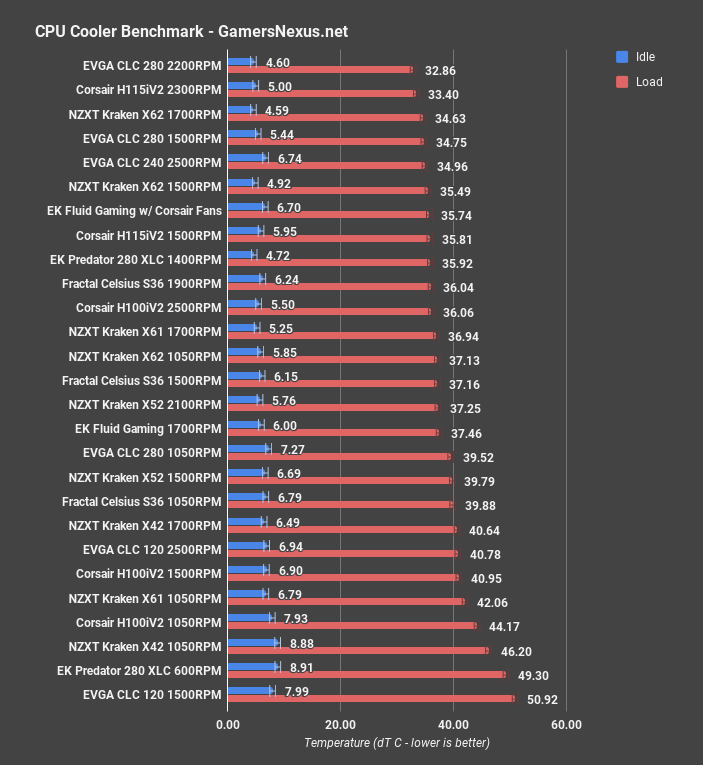 Running our thermal torture test, EVGA’s CLC 240 cooler performs exceptionally well, landing at around cooling levels of the slowed-down RPM X62 or CLC 280. The advantage, of course, still goes to the larger coolers: By operating at 1500RPM, the X62 can match maxed-out CLC 240 performance, but at significantly lower noise levels. We’ll look at that in a moment. The same is true for the CLC 280, which roughly matches CLC 240 performance, but with lower RPM. At 34.96C over ambient, the CLC 240 places marginally cooler than the EK Fluid Gaming with Corsair’s H100iV2 fans.

Compared to the max RPM H100iV2 at 2500RPM, the CLC 240 manages about a 1C advantage, though is awfully close to our tolerances for error, considering a +/- 0.5C swing would equalize them. 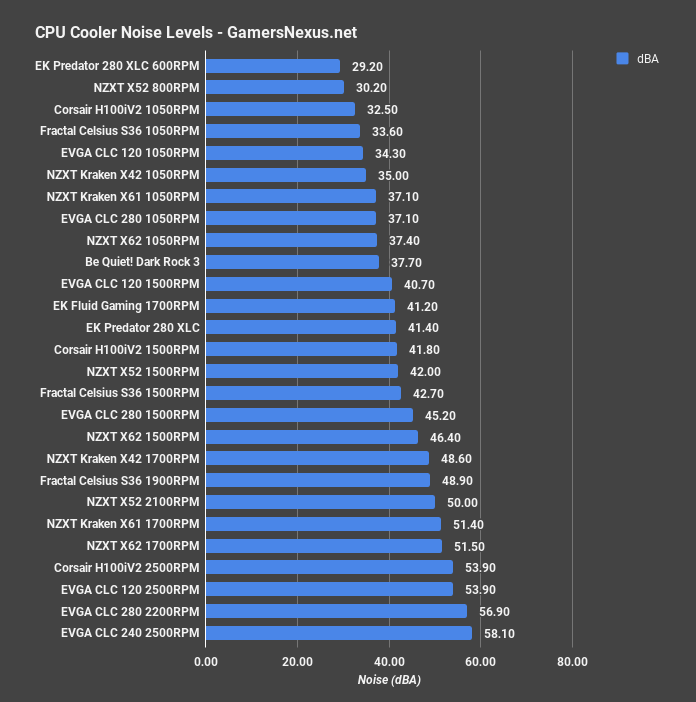 Strictly in terms of noise at peak RPM, which is what most of the previous chart’s numbers were based off of, EVGA manages to lay claim to the loudest cooler on the charts. At 58.1dBA, the CLC 240 is rivaling 100% RPM noise levels out of blower fans from reference GPU coolers. At this noise level, we’re in “intolerable” levels of whirring, but we obviously have full control to reduce that noise level. What we have now are numbers representing peak thermal performance and worst-case noise performance. For reference, the CLC 280 at 1500RPM matches 2500RPM CLC 240 performance, but operates at 45dBA versus 58dBA. This is more than a 2x perceived reduction in noise, as decibels are a logarithmic scale. The Kraken X62 at 1500RPM is in the same boat, achieving lower noise and equivalent performance. That’s the value of a bigger cooler.

Let’s move on to our newer noise-normalized thermal chart, where we configure all coolers to output a noise level of 40dBA and then thermally bench them. 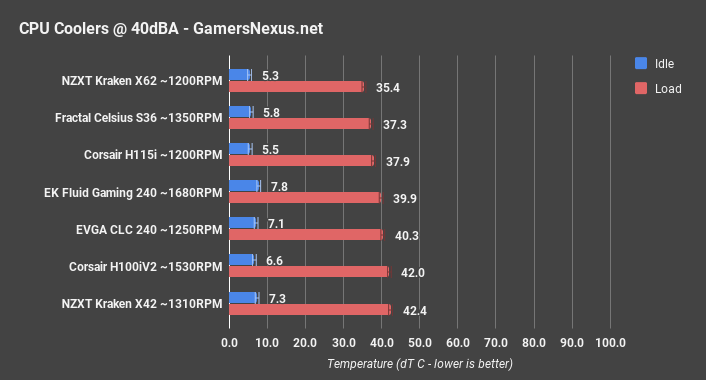 Corsair’s competing 240mm H100iV2 falls behind at 42C when noise-normalized, and is the closest thing to competition on this newer chart. The H100iV2 is the same price as the EVGA CLC 240, so EVGA does command a small victory, here, but a 2-degree difference isn’t much of one to phone home about. You can buy either cooler knowing that they perform reasonably at 40dBA, particularly given that they’re about the same price, but be aware

The EVGA CLC 240 further eliminates need for the CLC 120, lest some specific small form factor use case arises. The CLC 240 competes directly with Corsair’s H100i V2, both priced at $110 with $10 MIRs at time of this content (via Newegg). The primary ups and downs of these two pertain to visuals, which are entirely up to you (as the reader) to split. That’s largely the difference. Our EVGA unit tested at slightly better performance when noise normalized, but nothing that’d make or break an overclock.