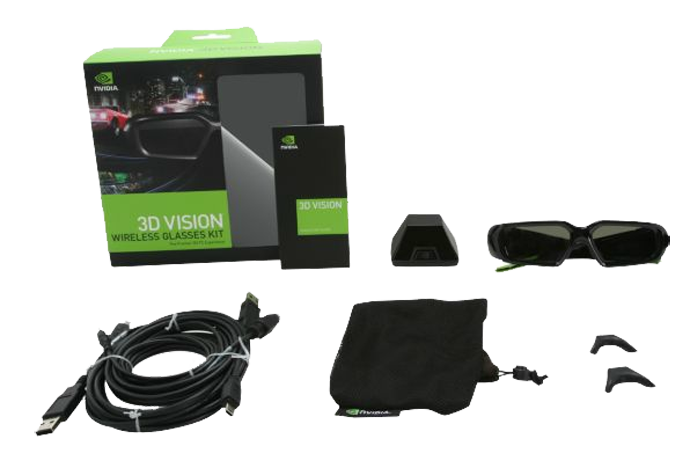 3D technology has been around for a long time, but has grown significantly over the years - of late, "3D ready TVs" and "3D movies" have become the latest buzz words, and public opinion seems to slant toward gimmicky and borderline useless. We're here to analyze the uses and pitfalls of nVidia's gaming version of 3D technology, which they've named 3D Vision (we've spoken about it before).

This article is meant to be one of the most in-depth analyses of 3D technology currently available on the web, so that means it's going to be comprehensive and, namely, long. Don't worry, though: we'll be able to convey the positives and the negatives to help your decision making. For your convenience, we've paginated the article into several sections. We've also summarized our opinions, so if you're short on time, start with that and go from there. There is also a TL;DR summary of each major paragraph at the end of the section, so check those out! Let's get to the question on everyone's mind:

The short answer: No, not entirely. It's an honest attempt at furthering the entertainment experience, and seems to fall within about the same zone as real surround-sound and multi-monitor setups. When we consider potential upgrade paths for our gaming rigs, it is often video cards, RAM, heatsinks, or other non-sensory enhancements -- rarely is it that we look to HiFi soundcards, speakers, or enhanced 3D viewing. This is largely because as gamers, we tend to be more interested in "maxing out" the next-gen games rather than improving sound or depth perception; sure, "ultra" versus "high" may yield more visually-pleasing results (often higher anti-aliasing settings, higher-res textures, or complex shaders), but whether or not that gain is greater than the gain produced by auditory or non-setting-specific visuals (i.e., 3D, LED monitors) perplexes me. It often boils down to a game of stats, rather than a game of specific entertainment tweaks (alas, this is for another article).

The most linear line can be drawn to LED monitors -- the initial concerns were "it's brighter - so what?" and over the years, we've learned that LED-backlit monitors often output much crisper graphics with more defined transitions. This doesn't mean that 3D Vision is inherently useful or progressive, but does - in short - tend to lean toward enhanced entertainment in at least some genres.

Of course, being that it is their product, nVidia feels wholeheartedly that 3D is the future. We've played with it for a month or two now and have reached many conclusions -- the TL;DR version is simple: in its current state, 3D vision looks stunning in all compatible games (more on that in a bit), yet makes multiplayer competition nigh-unachievable, specifically in RTS games. Even for those of us that are not pro-level, it's simply impossible to accurately smash those hotkeys with black-tinted glasses on; further still, game-specific graphics tweaks are required for every game you play -- shadows won't render in 3D, after all. However, it is amazing for singleplayer racing games and RPGs (multiplayer or singleplayer, unless, perhaps, if you are playing a competitive MMO - more on that as well), and generally non-competitive games, including some FPS's.

In their defense, Michael McSorley -- nVidia's product marketing manager -- did tell us at PAX East (as seen in the previously linked article) that competitive gaming is not necessarily their target market (although nVidia's recent push into e-sports gives a different impression). As McSorley adeptly pointed out, seriously competitive gamers are the very same that decrease graphics to minimal settings for maximum performance - the overhead of 3D technology would contradict that whole mantra; what he did not address, though, was that those of us who self-identify as "better than noobs, but not quite pros" would have equal challenges with 3D tech (which is discussed in this paragraph).

Back to the inherent gimmicky impressions of 3D technology, there is really no way to tell you whether or not you will like it -- sadly, although I can take 3D screenshots and videos, I cannot show them to you unless you also have 3D Vision configured, which makes it difficult to show you 'what it looks like.' You would need to visit a physical retailer (gasp!) to see the stuff in action, however, I can do my best to explain in text what 3D Vision is. I've done so in intricate detail in the technology section. It's quite impressive and definitely worth a read, if for no other reason than to learn a bit about how it works. Oh, and as a final note: no, you won't get headaches. If you can play games in their current state for hours without headaches, it is unlikely you will experience those here (and if you do, I'll accuse you of falling victim to the placebo effect). This is not medical advice.