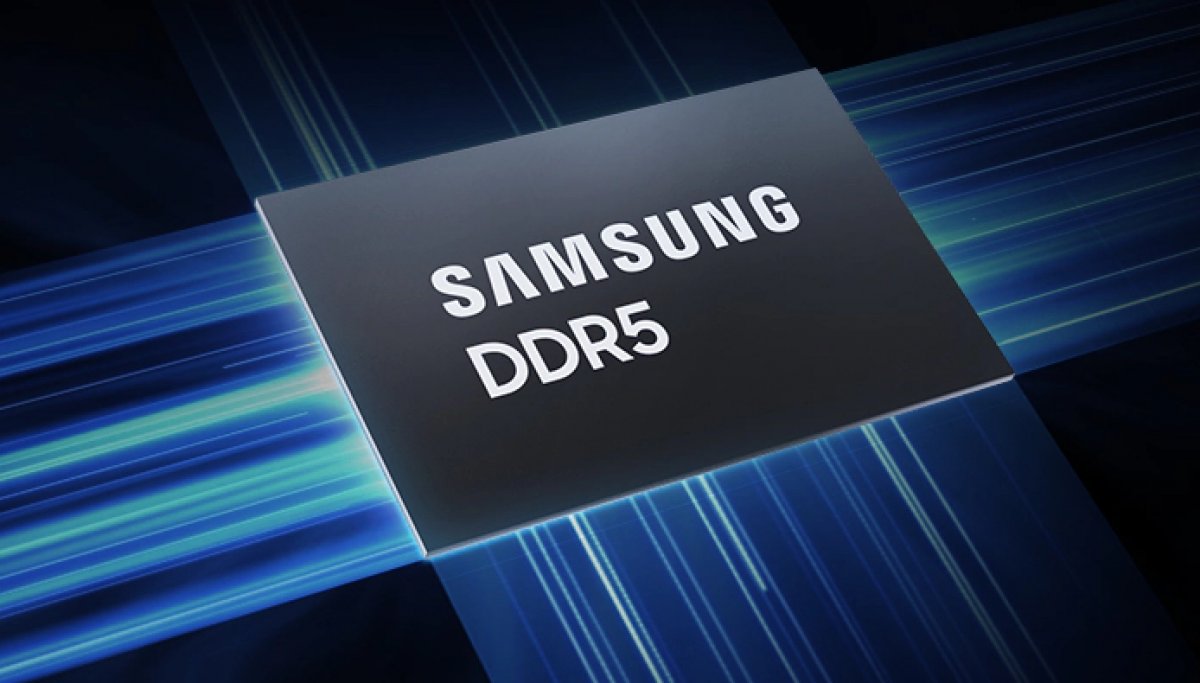 Just a quick update on the GN store: We had our next round of large modmats, including current back-orders, targeted to ship in April. There’s an upside and a down-side to our quality requirements for our modmats: The factory we chose makes equipment for cleanrooms, like silicon fabrication plants, and so has the highest quality materials and processes one could find. They’re properly anti-static conductive mats and come from people who have stringent testing requirements for accuracy. The downside is that this factory is now needed on the frontlines for the current situation, and so it is ramping-up its mask and suit production for hospitals. This means we’ve become a lower priority. We’re happy that our factory has such high quality standards and we’re assured they’re getting to our order, but it’s less important right now than getting protective equipment to professionals. Existing back-orders and future back-orders will likely be delayed another month or two. We’re doing our best to get it in sooner, but we can’t overpower this one. If you have any questions about your order, you can email our support team. The email is listed on store.gamersnexus.net.

Earlier this week, news broke via TorrentFreak that a hacker had gained possession of some of AMD’s graphics IP, relating specifically to Navi 10, Navi 21, and Arden for the Xbox Series X. A press release by AMD confirms the theft and confirms that it is not hearsay or trolling.

Navi 10 encompasess AMD’s first generation RDNA architecture and includes GPUs such as the Radeon Pro W5700 and the entire RX 5000-series family. Navi 21 is to be AMD’s “Big Navi” GPU and among the first sporting RDNA 2 under the hood. Arden, however, is the codename related to the SoC (APU, if you prefer) in the upcoming Xbox Series X.

The hacker seems to have gained access to a computer (remotely, according to a statement with Tom's Hardware) where she took possession of unencrypted files pertaining to AMD graphics IP. Initially, the hacker dumped the files into repos across GitHub, but at least two DMCA notices from AMD have shut down those repos. However, per Tom’s Hardware, there’s at least one new repo as of this writing where the files have been forked. The hacker claims to have more intellectual property unreleased at this time.

The hacker seems to have estimated the IP at $100M, and is currently seeking bids. She’s apparently prepared to leak all the files, assuming no one is interested in buying them. AMD currently maintains that the files are “not core to the competitiveness or security” of its graphics business. AMD is currently working with legal experts regarding a criminal investigation.

Our current understanding is that the Verilog model code has been leaked pertaining to the GPUs. It’s illegal and highly punishable to commit corporate espionage in the US, so it’s unlikely that Intel or NVIDIA would be interested in these files -- especially since NVIDIA doesn’t want to make its GPUs buggier -- but this might be interesting for a China state-owned silicon manufacturer. We’re also uncertain of if this could more easily guide people toward exploits in the hardware, but certainly GPUs have proven susceptible to exploitation in the past: NVIDIA just this year launched drivers with security vulnerability patches. Per Wikipedia, Verilog is, quote, “a hardware description language used to model electronic systems.” Wikipedia describes the language as useful for describing circuits down to the register level, making this potentially a critical piece of information to lose control of.

We’ve been reporting on the growing number of folders over at Folding@Home for the last couple of weeks, ever since Nvidia and PCMR seemingly catalyzed the PC enthusiast crowd and got the movement off the ground.

Initially, F@H saw a spike in active folders german to human malware-related projects, going from around 30K volunteers to up to 400K, putting the distributed computing network at around 470 petaFLOPS of FP32 compute performance -- which was already twice what the supercomputer Summit is capable of. Note that supercomputers often run FP64 calculations, so it’s not really a fair 1-to-1 comparison, but it’s a fun one.

Now, F@H has crossed the almighty exaFLOP barrier, topping out at around 1,500,000,000,000,000,000 [1.5 quintillion] floating point operations per second. Cumulatively speaking, F@H has leveraged 4.63M CPU cores and 430,000 GPUs across its network to research the protein dynamics surrounding the novel virus. It’s intent is to find potential opportunities for drugs that could affect the virus.

We have our own GN-scale supercomputer working on it with two Tesla V100s, but we can’t get enough work units to maintain constant load, despite wanting to make it available. We’ve emailed F@H about this, and the team says that it’s working on getting more work units available. Folding at Home’s Anton Thynell told us that “the surge for more work units has increased about 20x in less than 10 days, but we are working on it.”

We hope to do some streams or uploads soon. If we can’t get consistent enough work units to reliably run it during a stream, we may end up doing an upload instead so that we don’t have to spend the whole stream restarting the search for work units. Alternatively, we may start looking into Rosetta@Home for CPU projects.

Following a $1M donation to the International Red Cross, Intel has now announced it will donate at least 1M face masks, among other types of PPE (personal protective equipment) to global health workers in an effort to relieve widespread shortages.

“We will donate masks, gloves, face shields, and other gear that we have sourced from our factory stock and emergency supplies, and we’ll continue to look for additional sources of personal protective equipment that we can source and donate as quickly as possible to meet our commitment of more than a million items,” said Intel’s Todd Brady, director of Global Public Affairs.

Intel will source the PPE, at least initially, from its own fabs and cleanrooms across Oregon, Arizona, New Mexico and Israel. Intel joins Razer, who recently announced that it would reconfigure some its own manufacturing lines to produce face masks. We showed what we think Razer’s masks will probably look like last week, alongside what our expert analytical team thinks Corsair’s masks would look like.

With Samsung’s D1a process, EUV will be fully deployed, significantly limiting -- and possibly eliminating -- the amount of multi-patterning required. Like all other shrinking transistor geometries, scaling DRAM has been a challenge. However, Samsung notes that it expects a greater pattern accuracy and improved yields on all of its wafers with D1a.

As noted by PCMag and users on social media, Amazon is currently projecting ~4 week delays on a lot of non-essential items, including many core PC components.

The shipping delays seem to be spread out across mostly things like popular AMD and Intel CPUs, PSUs, memory, etc. However, not all items are subject to delay; some items are still shipping in two days for Prime customers. It appears it’s just going to depend on the item in question. April 21-23 seems to be the new normal for a lot of PC hardware. In some cases, Amazon is listing items as Prime eligible, but still noting the April 21-23 arrival date. So, it seems the delay will impact both Prime and non-Prime customers.

Amazon previously noted it was prioritizing essential items like food, cleaning supplies, and household consumables. Also, the current pandemic isn’t exactly helping supply chains and logistics. So, the delay isn’t altogether surprising. For what it’s worth, other retailers like Newegg and Best Buy (at time of writing) seem to have better shipping timelines, if you happen to be planning a build or looking for something.

As with many other industries right now, Microsoft is having to put a lot of its operations on hold as many work from home. Specifically, Microsoft has stated that all non-essential (optional) Windows updates will be paused. Instead, Microsoft will focus only on critical, and possibly any out-of-band security updates, that the OS will need in the immediate future. If you’ve ever wondered what it would take to make Microsoft stop shoving updates down your throat, apparently this is it. We’re living in history right now: Windows 10 might stop getting unwanted updates.

Speaking of security, Microsoft recently revealed that there’s a new zero-day vulnerability being actively exploited. The security flaw is related to the Adobe Type Manager Library, specifically the “ATMFD.DLL” file. There’s at least two remote code execution flaws, put in play when a user opens or previews a malicious document.

Initially, the flaw was stated to have affected all modern and supported versions of Windows. However, Microsoft has updated its advisory to say it’s currently aware of only “limited targeted Windows 7 based attacks.” As of this writing, there is no official patch and Microsoft has not indicated when Windows will get one. Microsoft usually drops patches via its monthly Patch Tuesday schedule, but does make exceptions for critical flaws.

Computex Pared Down and Rescheduled

Computex, originally scheduled for June 2-6, is now being rescheduled for September 28-30. The news comes straight from the Taiwan External Trade Development Council (TAITRA) and  Taiwan Computer Association (TCA), who jointly organize the tradeshow. The show is also being pared down, going from five days to three. The show will focus on “5G and communication, smart solutions, gaming, and InnoVEX (startups).”

This news comes as pretty much every technology or technology-adjacent show (E3) has folded in the wake of the current pandemic. Most of these shows were outright called off, with no intention of rescheduling. Some companies, like Microsoft, have since opted to host their own streams and make announcements that were reserved for shows like E3.

This isn't’ the first time Computex has been cancelled. It was previously cancelled in 2003 amidst the SARS outbreak during that time.

A quick correction from last week: One of our news sources for the Playstation 5 specs listed that the PS5 would not have SMT, but we had written our story immediately after launch of the official specs. It wasn’t until later that Sony released its own formal specs listing, and we erroneously reported that the PS5 would not have SMT. It does have SMT, actually, so our fault on that. The system will run 8 cores, 16 threads, and will have a variable frequency up to 3.5GHz maximum listed frequency. The GPU information we published was accurate, at 2.23GHz for its frequency, also variable per boosting algorithms and customizations yet undetailed. The Xbox Series X also runs 8 cores and 16 threads, with frequencies at 3.6 to 3.8GHz, depending on core utilization.