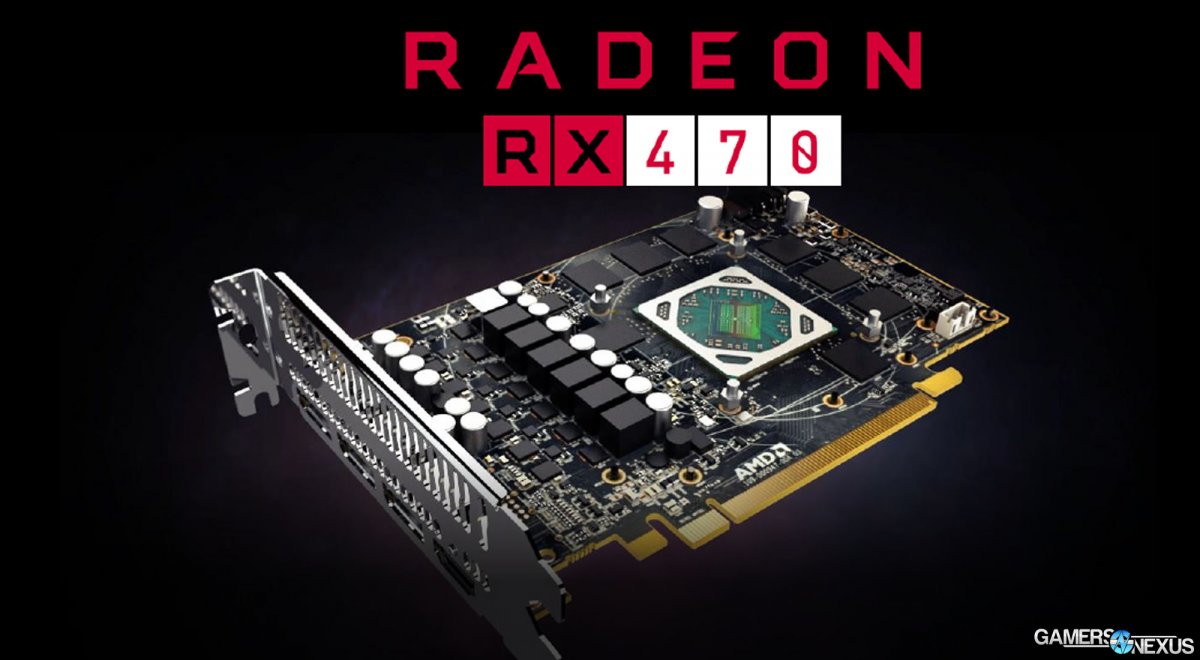 Just a reminder: Don't fall for the trap that so many people do. You cannot compare AMD and nVidia cards numbers-for-numbers, because the architecture is different. This goes for cores as much as it goes for TDP. AMD and nVidia differ in their calculation of TDP; 120W does not = 120W between brands. TDP is also not a measurement of actual power draw – you'll need to wait for our tests for that.

Also, note that AMD's specified TDP for the RX 470 has changed. The card was originally slated for a 110W TDP (during the Macau press event, just before Computex), but has now been moved to a 120W TDP. Consider also that the TMU count has dropped from 64 to 56, and that the memory speed has dropped to 6.6Gbps from 7Gbps. These original metrics were provided well before finalization of the card, so it's likely that the changes were just a result of creating a press presentation months in advance of launch.

The memory subsystem of the RX 470 is the same as the RX 480, aside from the effective speed. Check our written review on that card for more on delta color compression and other memory efficiency increases.

The RX 470 will be available on August 4th and is priced at... to be determined. AMD's holding prices until release date, or slightly before. The company tells us that the RX 470 offers approximately 1.5x gains over the generations-past 270.

AMD has provided an internal RX 470 benchmark (vs. R7 270, despite the typographical error in AMD's slide): 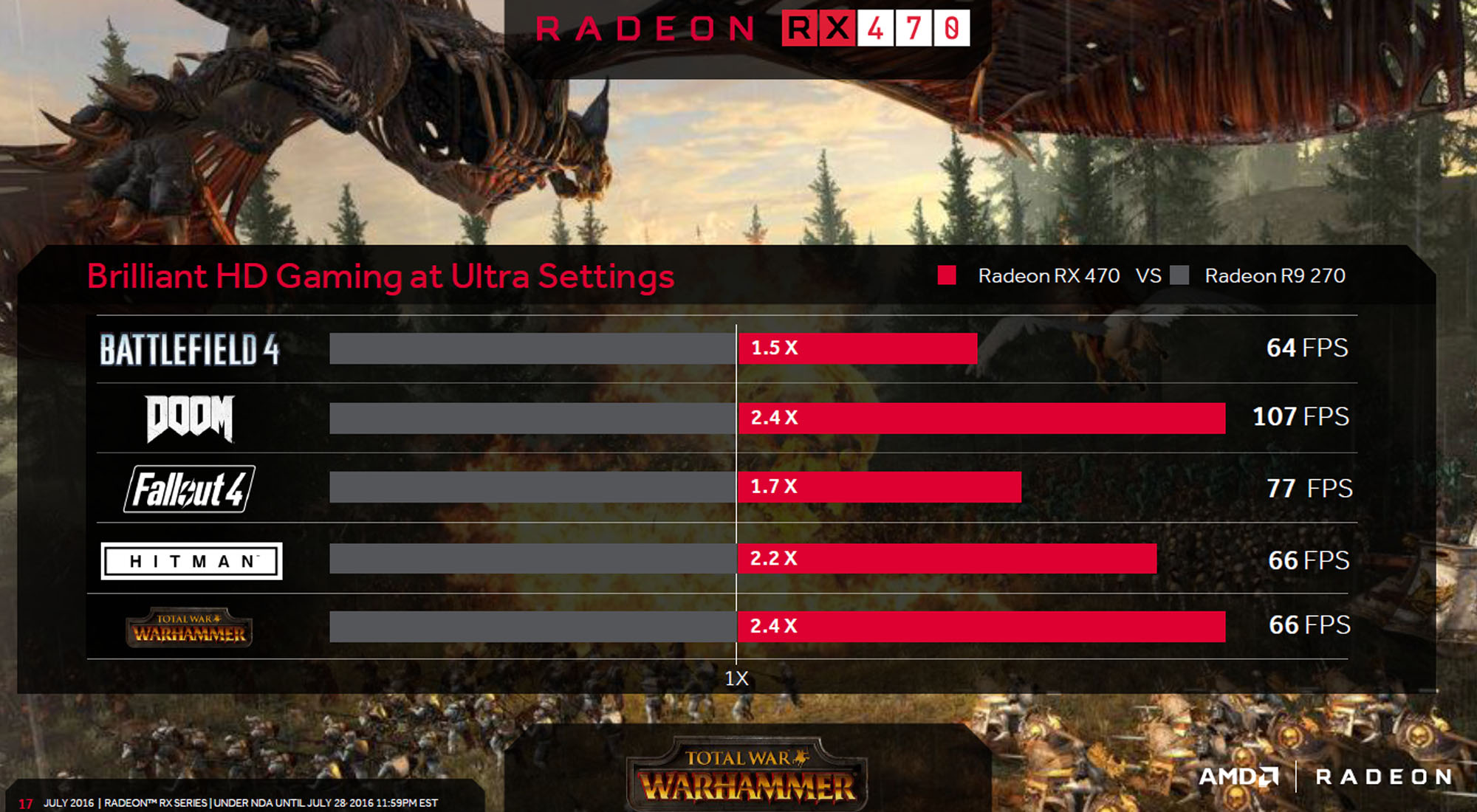 The above shows the RX 470's comparative performance in Battlefield 4, DOOM, Fallout 4, Hitman, and Total War: Warhammer -- but take the tests with a grain of salt, as they are conducted internally by AMD. We'll validate in our own lab once we've got a card. GN doesn't have an R7 270, but we do have the R9 270X and may revive the old dog for these tests. 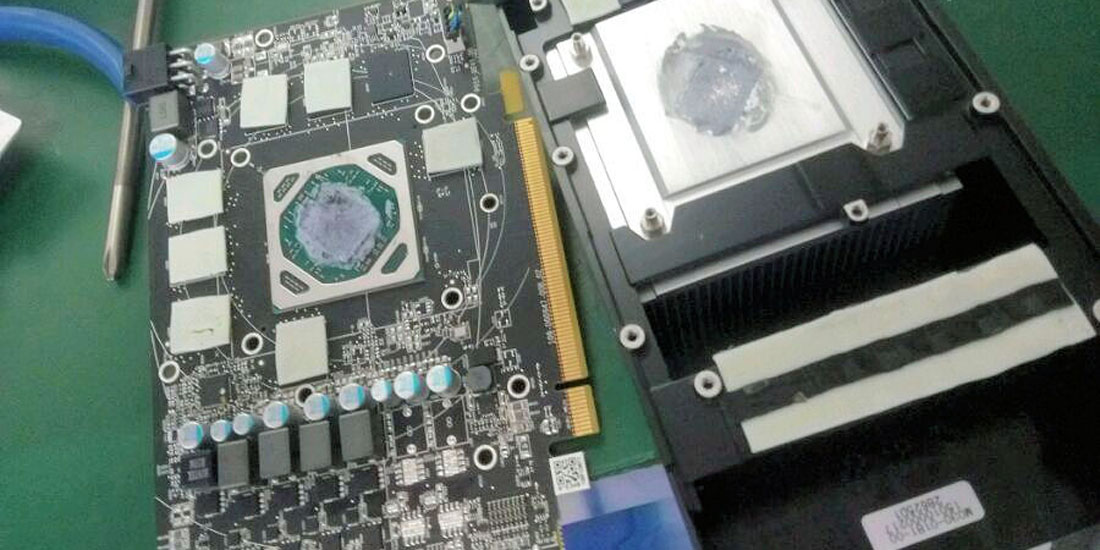 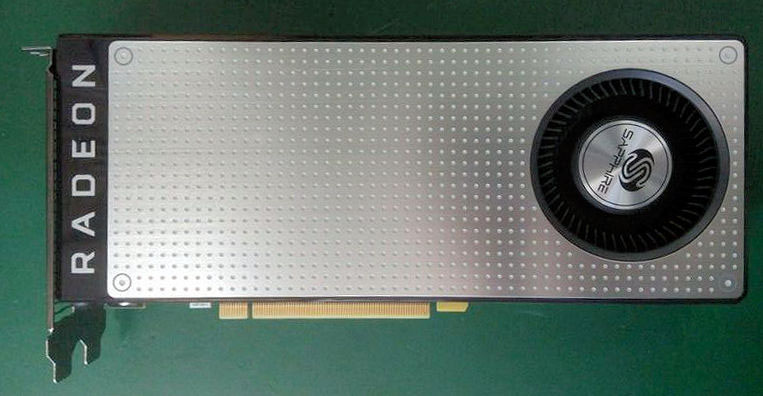 As for the RX 460, that card will be on Polaris 11, will host 14 CUs with 896 stream processors, clocked at 1200MHz boost and 1090MHz base. The RX 460 will have 56 TMUs and 16 ROPs. Performance is up to 2.2TFLOPs – again, Polaris 11 – and memory will run at an effective 7Gbps on 2GB or 4GB of GDDR5, with the interface 128-bits wide. That puts memory bandwidth at 112GB/s. We've seen some confusion lately as to how memory bandwidth is calculated; just as a reminder, it's pretty simple: You first divide the bus by 8 to convert bits to bytes, then multiply the actual memory speed – not the same as the effective speed – by the quotient, by 2 for DDR, and by 2 again for GDDR5. That gives us 112GB/s.

TDP for the RX 460 is less than 75W, so it can function entirely off of PCIe slots. Price is also TBD. the card will be available on August 8th. 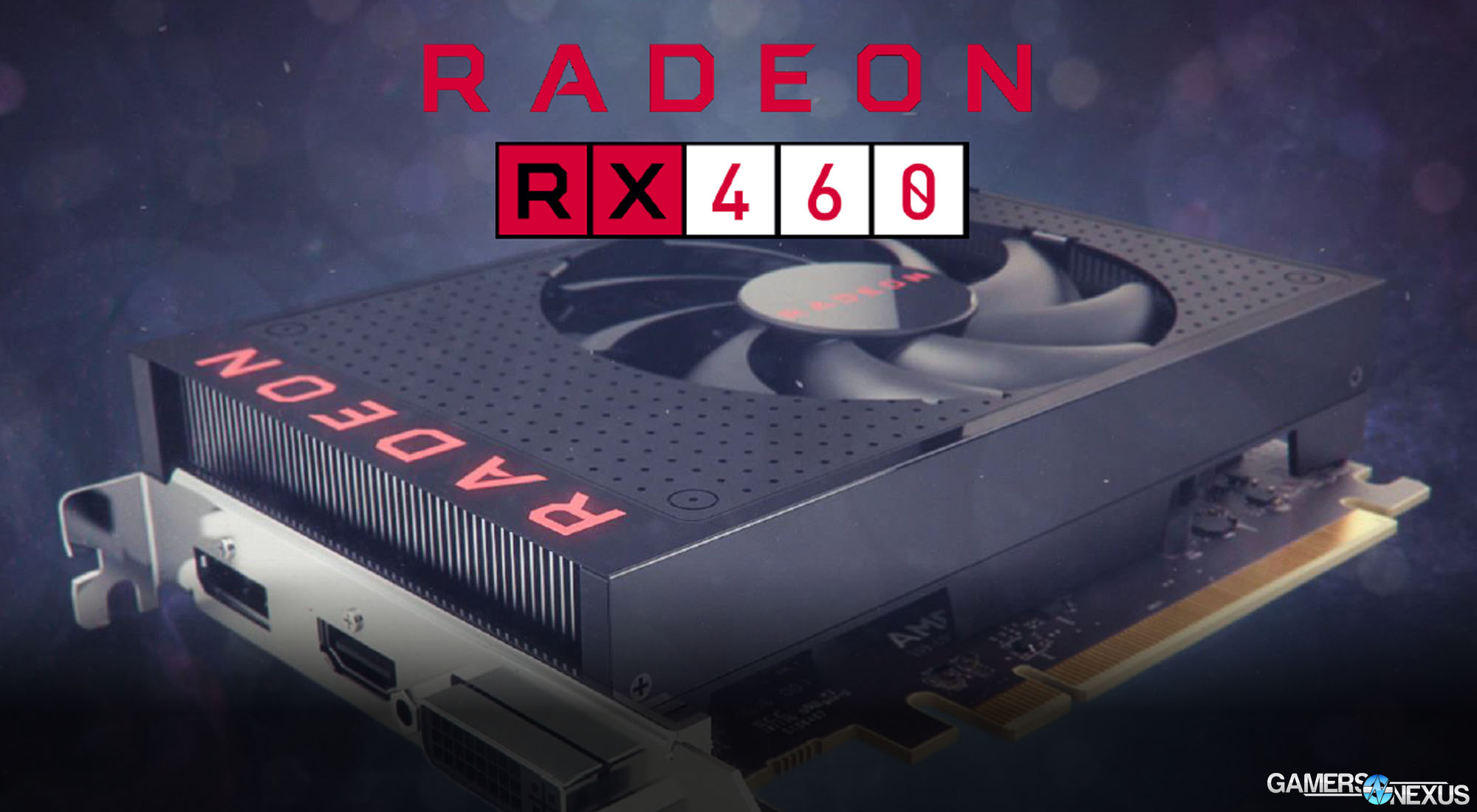 AMD's presentation suggests that the RX 460 is targeted at eSports gaming, and further states that the card pushes "90+ FPS [at] 1080p High Settings." 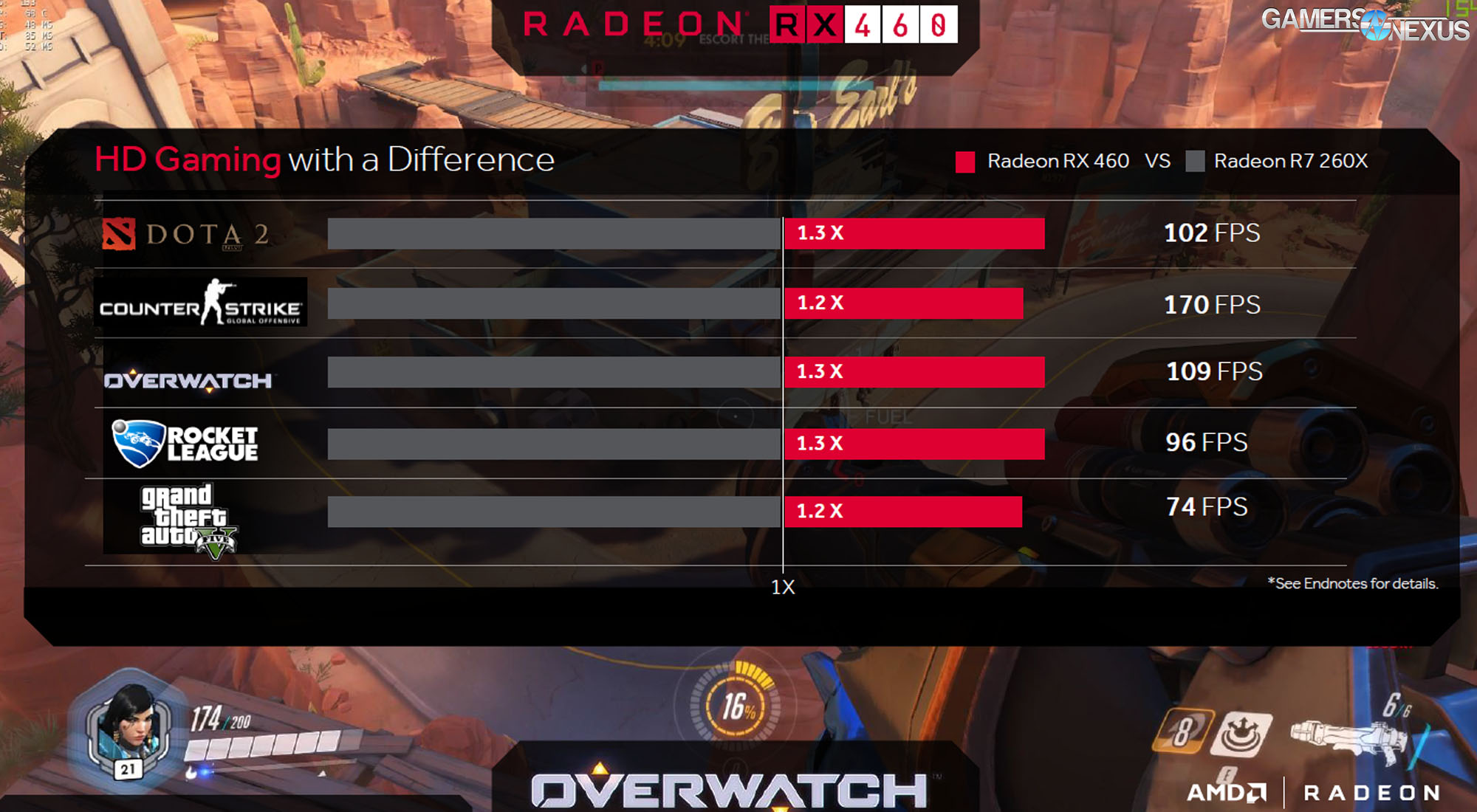 We also asked about notebook chips. Like the GTX 980, AMD will be bringing its full Polaris chips to laptops. They are not cut-down models. The notebook models will have lower GPU TDP and a lower throttle point on thermals (e.g. 35W on notebook versus 48W on desktops, for the chip), but will otherwise be the same. It will be up to manufacturers to provide adequate cooling solutions, as is always the case. TDP has gotten so low these days that it's possible to actually put desktop parts into notebooks, dropping the suffixed -M branding. AMD is hoping to leverage the 470 and 460 to get back into the notebook arena.

We'll be testing both the 4GB and 8GB models of the RX 470. It's possible that the card may become ROPs limited in many games, but we generally do see some differences in 1% low metrics when running VRAM-intensive games.

AMD missed launch on the RX 470 and 460, which were targeted at, quote, “Mid-July” and “End of July,” respectively. AMD has moved the cards to August 4 and August 8 for launch, respectively. We are still waiting on pricing information. The RX 470 & RX 460 will be partner cards. There will be no "reference" model.