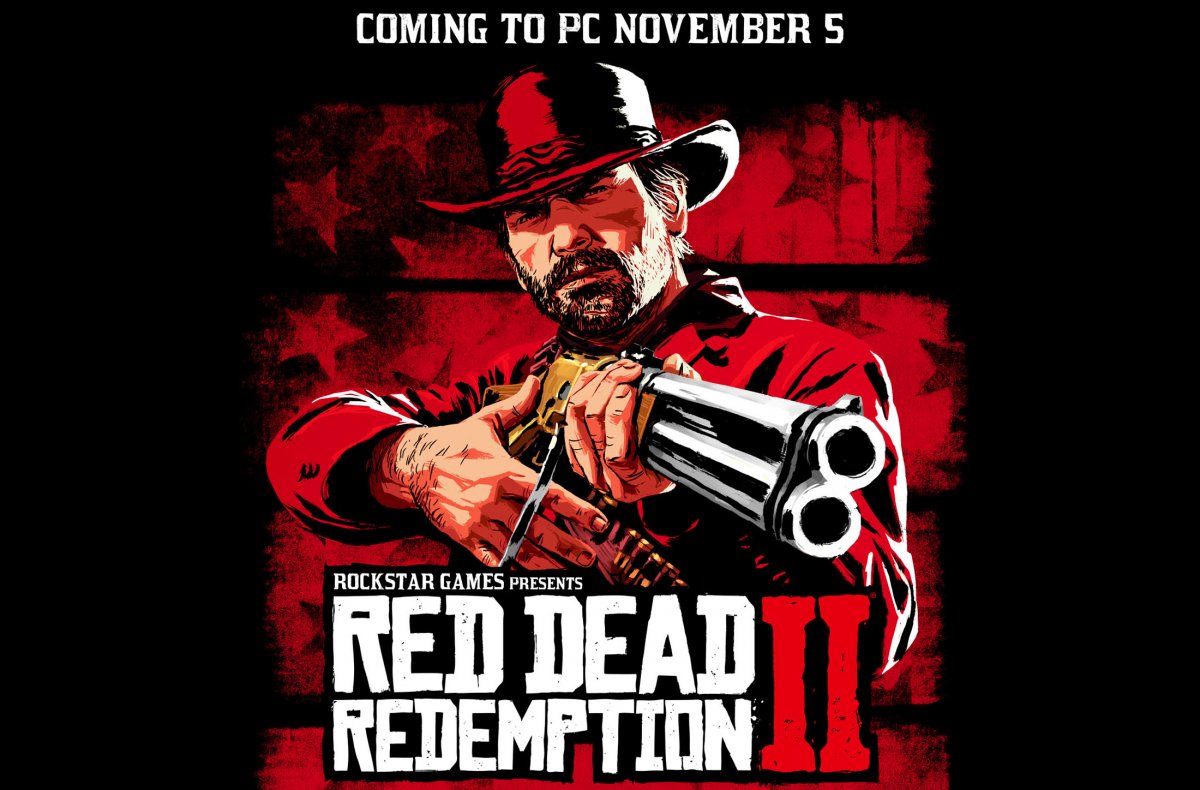 In a surprise announcement Friday, Rockstar Games stated that Red Dead Redemption 2 will be coming to PC on November 5th. RDR2 will be available via Epic Games store, Rockstar Games Launcher, and Humblestore for one month prior to Steam launch in December. Red Dead Redemption 2 will launch on PC alongside new story content available to all players, including console players, along with graphics improvements. New bounty hunting missions, gang hideouts, and weapons were listed among updates.

The purchasing timeline gets a bit screwy with all the modern distribution methods:

AMD has rolled out two new bundles to further entice prospective buyers looking at Ryzen processors or Radeon graphics cards -- or both.

The bundles, titled “Radeon Raise the Game” and “Ryzen Equipped to Win” respectively, will offer up to three free games and three free months of Xbox Game Pass for PC. The Radeon Raise the Game bundle will net buyers either Borderlands 3 or Ghost Recon Breakpoint for purchasing the Radeon RX 570, 580, 590, or Radeon RX 5700 or 5700 XT. No word on if the world’s most popular video card, the Yeston RX 580 CUTE PET, is included in the offer, unfortunately.

Similarly, with Equipped to Win, purchasing any chip from the Ryzen 9 3000-series or the Ryzen 7 3800X will land buyers both Borderlands 3 and The Outer Worlds. That’s assuming you can find a Ryzen 9 chip for anywhere near MSRP. The Ryzen 9 3900X has fared better recently, and is mostly in stock at MSRP prices.

There was hope that the recent, portable only Nintendo Switch Lite would evade both the class action lawsuit and the Joy-Con drift issue at the center of that litigation. Alas, it wasn’t meant to be, as mere days after the launch of the Nintendo Switch Lite -- which we tore down here -- users were already reporting issues of the same drifting plaguing the original Nintendo Switch.

For those unaware, the original lawsuit was filed last July, and contends that Nintendo knowingly shipped the Nintendo Switch consoles with a controller defect. That same defect appears to be apparent in the new Switch Lite, whereby a joystick begins to register input, despite not being touched at all. Now, the original lawsuit over the joystick defect has been amended to include the Switch Lite, which can be read below.

Congress and ISPs Are Concerned Over DNS-over-HTTPS

According to a report by The Wallstreet Journal, Google is under investigation by antitrust investigators over the company’s plans to integrate DNS-over-HTTPS into the Chrome browser. The Department of Justice has also heard complaints, according to the report, which suggests that the complaints center on Google potentially leveraging an unfair advantage by enabling DNS-over-HTTPS in its browser.

DoH encrypts all web traffic and DNS requests, which carries significant implications for privacy, and is a feature both Google and Mozilla are both migrating towards. However, concerns have been raised on just how Google might approach rolling out the feature, since it commands such a huge share of the browser market and operates is own DNS service. Google could theoretically encrypt all DNS traffic and drive it through its own DNS system, giving the company even more control over user data, and effectively locking out ISPs -- who have their own insatiable desire to monetize user data.

Google, for its part, has dismissed these ideas in a statement.

“Google has no plans to centralize or change people’s DNS providers to Google by default. Any claim that we are trying to become the centralized encrypted DNS provider is inaccurate,” says Google.

AMD officially announced its lineup of Ryzen Pro 3000 processors for commercial clients, that should debut in systems by HP and Lenovo in Q419. AMD also announced new Ryzen Pro and Athlon Pro APUs.

The Ryzen Pro 300-series of processors are similar to their consumer counterparts in that they are based on the Zen 2 architecture, and offer similar core counts and clock rates. Where they differentiate is in the commercial security features AMD bakes in, like a built-in TrustZone security processor, Secure Boot, and Transparent Secure Memory Encryption (TSME), just to name a few.

Otherwise, the new APUs will be based on AMD’s 12nm Picasso platform, using Zen+, and featuring different configurations of Radeon Vega graphics.

Litigation begets litigation, it would seem, as news surfaced this past week that TSMC is counter suing GlobalFoundries. If you recall, GloFlo recently brought its own lawsuit against TSMC for alleged patent infringement, and is seeking to halt imports into U.S. and Germany.

TSMC’s suit claims GloFlo is infringing on patents related to several of TSMC’s process nodes, including 40nm, 28nm, 22nm, 14nm, and 12nm. TSMC is seeking to halt the import and sales of products that are based on these patents and related process nodes. TSMS also subtly mentions that it has some 37,000 patents. So, TSMC could use this as ammunition if it wanted to ratchet up the legal pressure on GlobalFoundries.

Interestingly, AMD appears to be caught right in the middle, as both companies supply AMD with chips for Ryzen 3000 and Epyc. The longer this legal battle goes on, the more AMD’s wafer supply could be caught in the crossfire. Meanwhile, TSMC customers like AMD and Nvidia could also have their chip supply caught up in the collateral damage.

In a court ruling, the DC Circuit Court of Appeals upheld the controversial 2017 repeal of net neutrality, perpetrated by the Ajit Pai-led FCC. While Pai extolled the ruling as a victory, it did come with at least one bittersweet caveat -- the FCC can no longer block or preempt state level initiatives to implement net neutrality laws.

Post net neutrality, states like California, New York and Texas have rolled out their own legislation, much to the vexation of the current FCC. California would later be slapped with a lawsuit, brought by the Department of Justice, who was joined by the FCC and telecom companies, in an attempt to kill the bill. California subsequently agreed to shelf the bill temporarily, pending the outcome of the aforementioned lawsuit brought against the FCC, that alleges that the FCC did not have the authority to outright repeal net neutrality, and that such a repeal was erroneous and capricious.

While the court voted in favor of the FCC in terms of net neutrality repeal, the court also found that the FCC overstepped its bounds in blocking states from passing net neutrality bills. This means going forward, states are free to enact their own protections; although, the FCC and ISPs are sure to intervene on a case by base basis, as they see fit. Still, it’s an important precedent in the fight for net neutrality.

As a reminder, Intel pulled the curtain on its upcoming HEDT launch, in part due to certain media outlets breaking embargo. Intel’s Cascade Lake-X parts will debut with significant price cuts, thanks to one AMD. We covered the launch event here, with our thoughts on Intel’s announcement, as well as AMD forcing Intel to finally adjust its pricing.