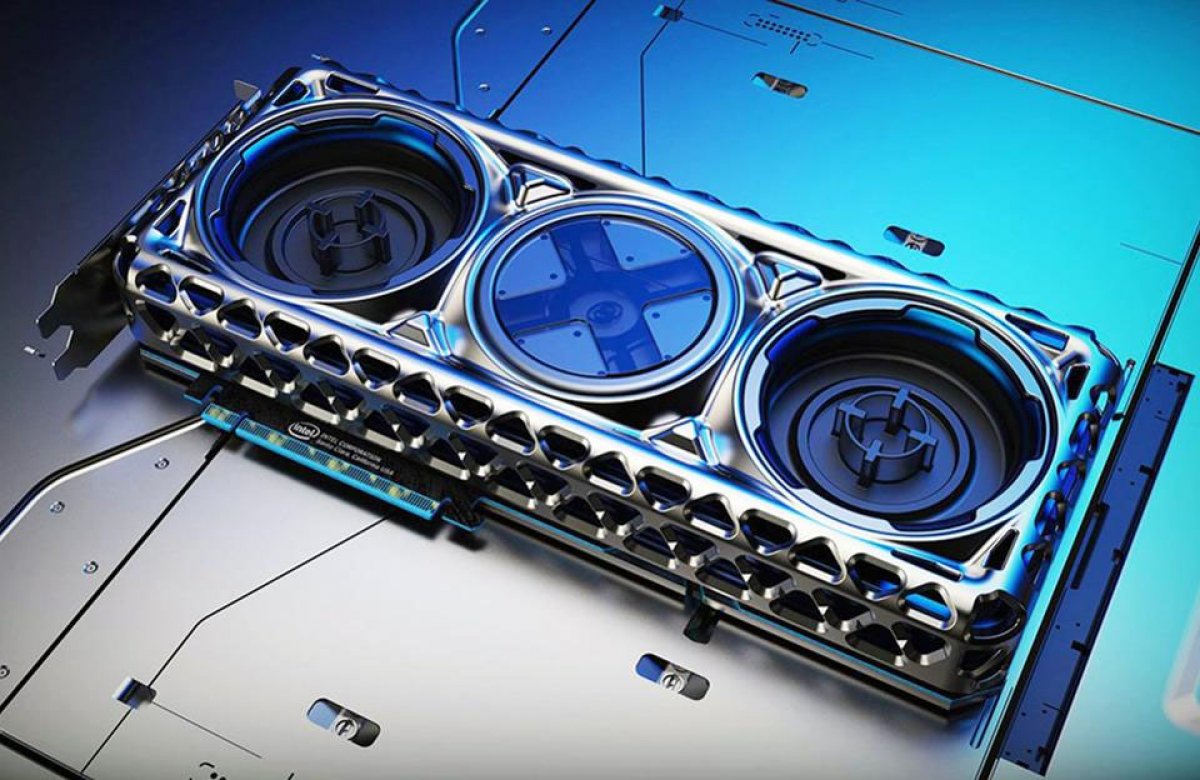 Apple Throws in with Intel Against Softbank

We previously reported on Intel filing suite against Fortress and SoftBank for alleged patent abuse, something which Apple has now joined. Apple and Intel say that Fortress is behaving as a patent troll -- accumulating patents for the purpose of litigation, not innovation -- and both companies are now suing SoftBank-owned Fortress for the claims.

Apple stated, quote, “Apple has suffered economic harm in the form of litigation costs and diversion of resources away from innovation to respond to these entities’ serial nuisance suits.”

Apple has been sued minimally 25 times by Fortress, with Fortress demanding up to $5 billion for damages. Other companies attached to Fortress claim that they are owed royalties for Apple products. Apple responded by calling the requested damages “a facade.”

Last week, we discussed rumors of Intel unveiling its first GPU, rumored to be a 7nm-class solution under the Ponte Vecchio codename. It was also suggested that Ponte Vecchio would debut alongside Intel’s new Sapphire Rapids CPU family. Lo and behold, Intel announced just that on November 17th during its Intel HPC Developer Conference.

Ponte Vecchio is indeed built on Intel’s 7nm process and eschews the monolithic die approach for an MCM (Multi-Chip Module) design, using both Intel’s advanced Foveros packaging and EMIB interconnect fabric. Intel was scarce on specifics regarding the number of execution units per chip, clock rates, etc. Though, collectively speaking, the cards can scale up to thousands of EUs.

More importantly, Ponte Vecchio will herald the commercial arrival of PCIe 5.0, as the cards will use the upcoming CXL standard, of which a lot of companies have thrown their weight behind recently. Intel’s version of the interface will be called Xe Link, and it isn’t presently clear how Intel will implement it just yet. Though the goal will be memory coherency between the various EUs and the CPU(s).

As a reminder, the Aurora supercomputer is being built by Cray and will use Cray’s Slingshot platform. Each Slingshot node/blade will house two Sapphire Rapids CPUs combined with six Ponte Vecchio accelerators. Aurora will support over 200 nodes, as well as 230PB of storage and 10PB of memory.

Rumors from a chiphell user suggest that AMD could preview its second-generation RDNA architecture at CES 2020. The user, Wjm47196, has a fairly sound track record as it pertains to leaks, having leaked accurate information regarding AMD’s Radeon VII and RX 590 in the past. Regardless, heed our usual disclaimer regarding rumors, leaks, etc.

Details on RDNA 2 aren’t plentiful; we know it’s in development, and past roadmaps have pegged a 2020 launch. We also know that RDNA 2, like Zen 3, will be underpinned by an optimized 7nm+ process. However, the newest rumors via chiphell give traction to the talking point that AMD is going to implement hardware-level ray tracing support, bringing with it a degree of parity with Nvidia -- who continue to pat themselves on the back for all the fuss about ray tracing this past year.

There’s also talk of  “enthusiast-grade” desktop graphics cards, with a mix of GDDR6 and HBM2 endowed options. Additionally, AMD is supposedly also looking to push the performance needle ever higher with RDNA 2, addressing the competition vacuum that Nvidia’s RTX 2080 Super and RTX 2080 Ti reside in.

Solid state storage continues to eat away at the profit margins for spinning storage, and while faster storage is becoming more ubiquitous, the need for HDDs is still great -- doubly so as we continue to lead data centric lives.

Perhaps surprisingly -- or not -- HDD makers notched a record third quarter, shipping a combined record of 240 exabytes of storage. As Anandtech points out, for perspective, the combined sales of all SSDs and HDDs last year totaled 912EB. This is just one quarter, just representing HDDs.  It also marks a 15% growth over Q219, where HDD makers shipped roughly 207EB of storage.

The demand is being pinned on the rising need for larger nearline drives -- think 14TB, 15TB, and 16TB, which are all seeing wider adoption among enterprise customers. The sales figures combine Seagate, Western Digital, and Toshiba. For those interested, the updated market share for Q319 is as follows: Seagate at 40.2%, Western Digital at 35.4%, and Toshiba at 24.4%.

In a letter to customers, Intel reiterated that it’s still struggling to balance supply and demand, and that the latter is outpacing the former. The letter, despite its brevity, offers a sobering snapshot of Intel’s business in the last year or so.

The chipmaker has spent over a year trying to maximize 14nm supply and manufacturing whilst trying to ramp its infamous 10nm production. Intel has relegated lower-margin products -- like entry-level chipsets -- back to 22nm to free up precious fab space, and in the letter, acknowledges the increasing use of “foundries” to help increase supply. Those foundries would be TSMC and Samsung, of which Intel has outsourced chip production to before. The letter also mentions Intel experiencing a production “variability” this quarter, further compounding the ongoing problem. We can likely interpret that variability as yield related, which has led to more recent delays in shipments.

Intel also doesn’t hazard a guess as to when it expects the tight supply to ease, but has previously committed to resolving the issue sometime in 2020.

In the interest of talking about something a bit different and unique, System76, both PC manufacturer and Linux developer responsible for Pop_OS, is working on bringing a Linux laptop to market. The laptop would be preloaded with a distro of Linux, much like the company’s Thelio desktop PC.

According to CEO Carl Richell, the company is ironing out designs and trying to nail down an aesthetic, while also preparing to look into supply chain issues and hardware providers. Richell expects that the process could take two to three years before arriving at a final product, which was akin to what the company when through with its Thelio desktop.

System76 will look at developing something in the Ultrabook form factor first, but also has its gaze set upon high-end gaming or workstation variants.

AMD emailed GamersNexus a few days ago to provide clarification on “preferred” and “best” cores for its Ryzen CPUs. We actually hadn’t even noticed this discussion online, but apparently Reddit took notice of Windows Task Manager and AMD Ryzen Master differences and started building theories about what might be going on. AMD decided that it was worth correcting some of the errors in those postings.

AMD noted the following in its email to us:

“Over the past week or two, we’ve seen an uptick in chatter alleging that Windows is selecting the wrong fastest core. These posts typically cite Ryzen Master as evidence, though I’ve also seen some trawling of the Windows event log as justification.”

AMD continued to note that both Ryzen Master and Windows are correct, highlighting these reasons:

There’s more to it, but the short of it is that Ryzen Master is clearly a tool built with overclocking in mind, while Windows isn’t.