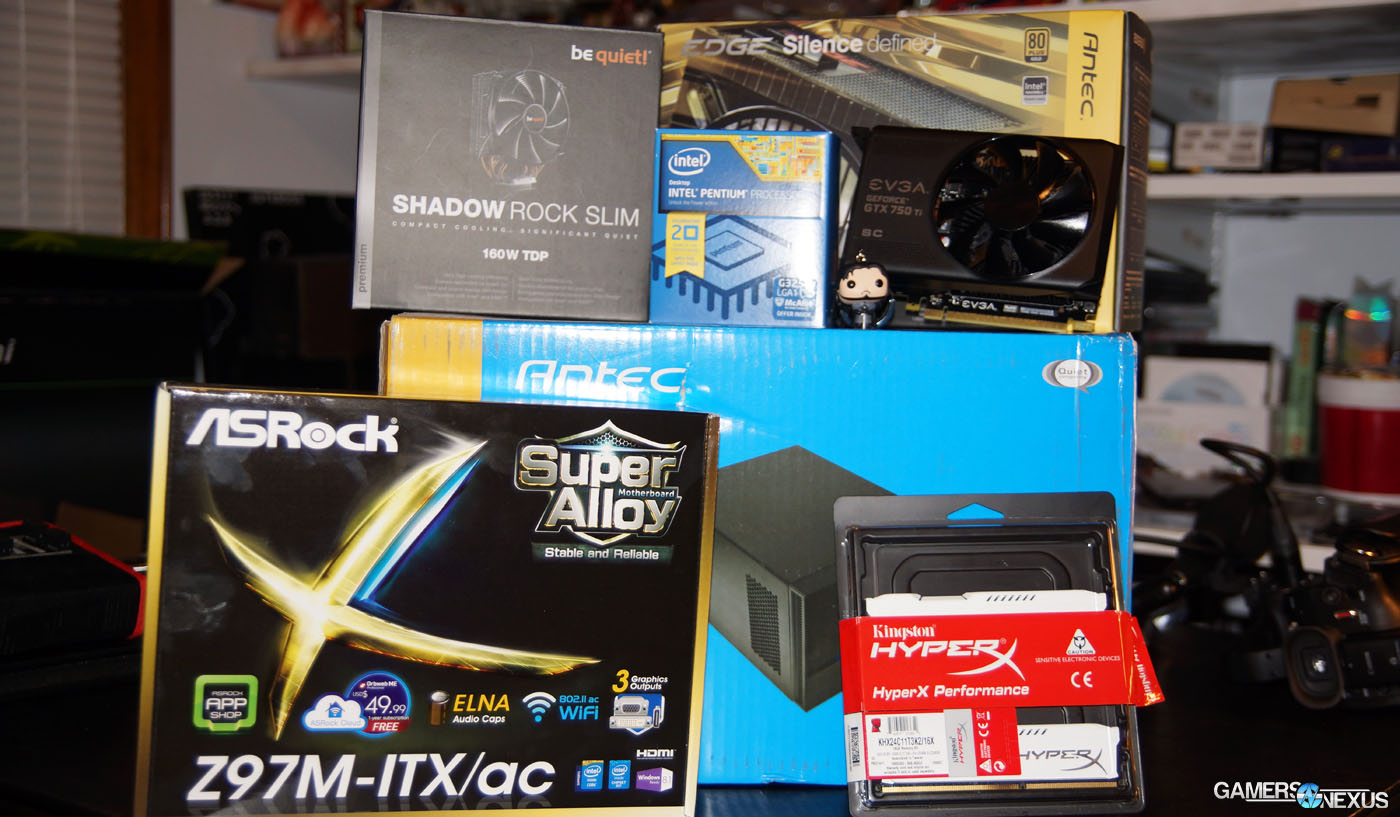 With the assistance of a high-end, 80 Plus Gold PSU, we're able to keep a high power efficiency that benefits long up-times for living room use. There's plenty of overhead for more powerful video cards, in the event a GTX 970 (or similar) is desired, though the 750 Ti fits this build pretty well.

As a bonus, the G3258 will easily overclock by about 50%, making it an ideal candidate for OC endeavors. Let's get to the list.

Build Your Own Steam Machine for $665 - DIY Gaming HTPC

EVGA GTX 750 Ti SC ($115): We've looked at EVGA's SuperClocked GTX 750 Ti vs. its non-SC unit in the past, with the results bordering indistinguishable between the two. That said, the superclocked card is presently the cheaper option, landing at $115 after discounts. We've found the GTX 750 Ti capable of playing just about any game on medium to high settings, with many landing in a medium-high hybrid settings range.

The below benchmark was conducted alongside the G3258 on this build, so this is representative of what you'd see gaming; we tested GRID on “Ultra,” Borderlands on max settings, and Metro: Last Light on High and Very High.

Given these results, running more demanding games (like Metro) at medium would be required to achieve a consistent 50-60FPS, though the mid-range titles will run at medium/high with relative ease. If you were to upgrade a component, you'd want to upgrade the CPU first – that's holding back the GPU more than the inverse.

Intel G3258 3.2GHz CPU ($70): Intel's G3258 CPU serves as Intel's budget-class competitor to AMD's IGP-stripped APUs, like the 760K. The G3258 is a dual-core CPU that ships stock at 3.2GHz, but easily overclocks 20%+ (we've been able to push about 50%, though wouldn't recommend running it at that speed full-time). For the most part, the G3258 will run games without issues and will support basic multitasking. The 3258 suffers in some games as a result of its dual-core architecture, including the likes of Battlefield 4. If it's your intent to play heavily multithreaded titles at higher settings (this CPU will throttle in such titles), we'd suggest increasing the budget to opt for a quad-core CPU instead.

Other than that, the 3258 is one of the most powerful processors when considering the $60-$70 price-point. 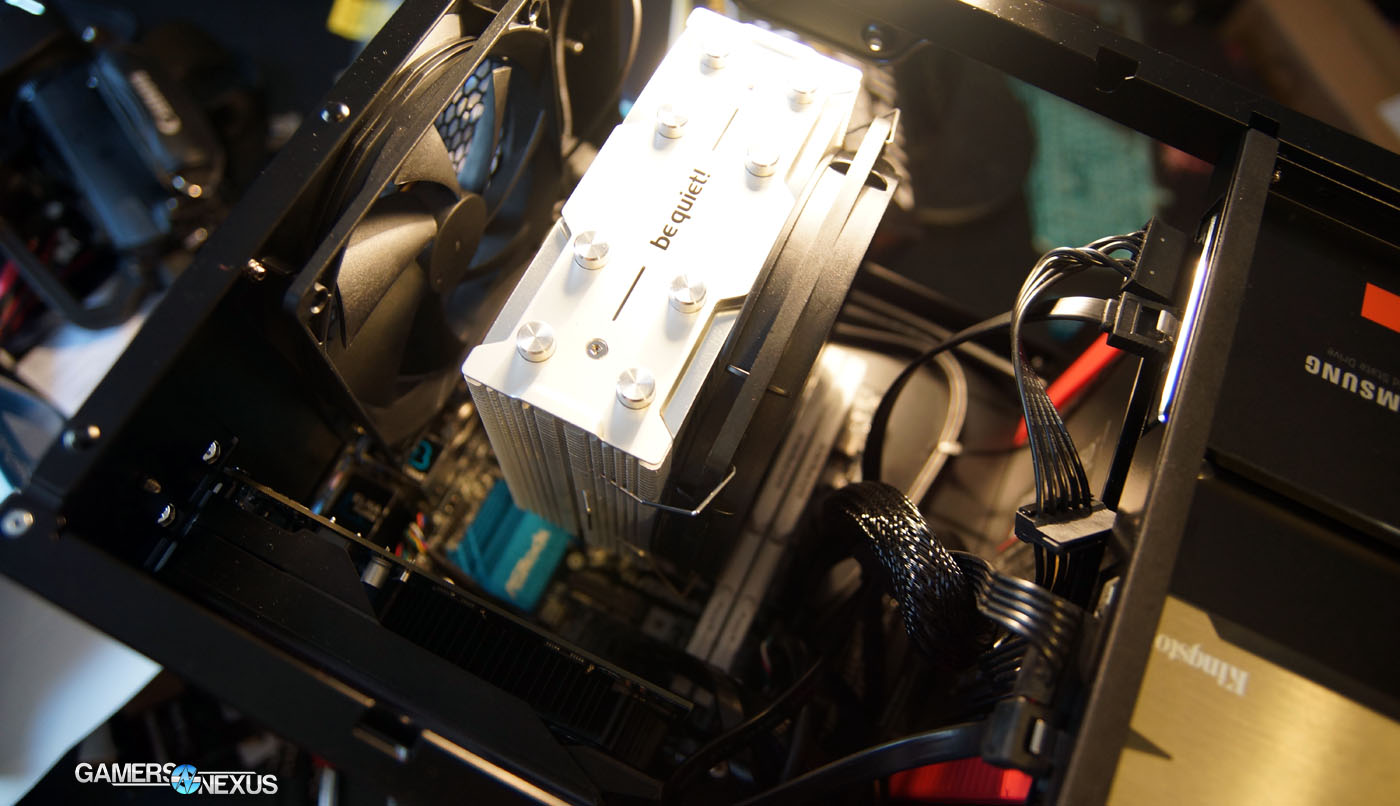 Be Quiet! Shadow Rock Slim ($50): When we reviewed a Be Quiet! CPU cooler in the past, we remarked that the company often builds some of the most aesthetically-pleasing air coolers on the market. That remains true with the Shadow Rock Slim, a mid-height unit with a slim heatsink and a nameplate sporting an anodized-esque finish. The Shadow Rock Slim necessitates the removal of one of the enclosure's drive cages, but this is easily done and is a non-issue for users who will not make use of more than 2x2.5” SSDs or laptop HDDs. In testing, we found that the Shadow Rock Slim keeps the CPU operating at cool enough temperatures to allow room for future overclocking.

HyperX Fury 2x4GB 1600MHz ($80): We previously reviewed Kingston's HyperX Fury memory and found that it performs as expected – perfectly fine for gaming, with almost no measurable difference between Fury and similarly-priced competitors. In this instance, Fury proved to be the most affordable and stylish among highly-reliable options. Our extensive hands-on experience with this kit lends confidence in the recommendation. 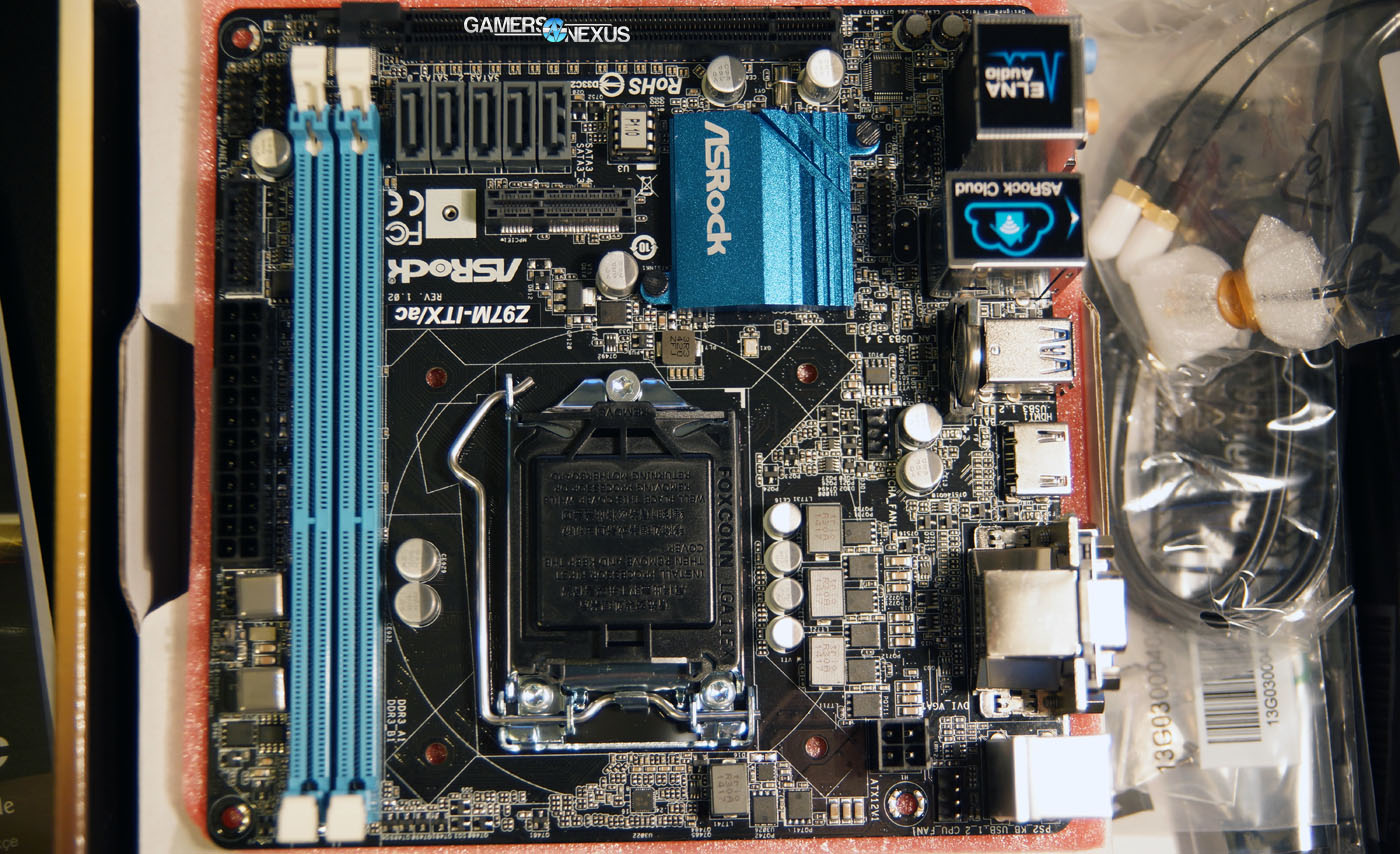 ASRock Z97M-ITX/AC ($98): ASRock has shocked us as the company has grown. In our eyes, ASRock has gone from serving as an affordable platform at the low-end to production of mid-range and high-end boards, substantially improving quality as the company ages. The Z97M-ITX board is AC wireless ready, a big requirement for our HTPC build, and is compatible with all the components herein. ASRock's BIOS isn't my favorite of all the manufacturers, but gets the job done well enough and makes things easy for newcomers. Overclocking support is present in a moderate capacity for those who wish to push their memory or CPU a bit past stock.

Antec Edge 550W Modular PSU ($120): Antec's new EDGE-550 PSU provides us more than enough power for this build, allowing some extra room for CPU and mid-range GPU upgrades. The unit is a fully-modular power supply, making cable management easier to handle within the cramped m-ITX enclosure. An 80 Plus Gold efficiency rating (>92% power efficient) is key for a PC that will likely have extended up-times, like those found in a living room environment that serve as an entertainment hub. The Edge line sustains low noise levels – another critical component of an HTPC, seeing as users generally don't want fans whirring in the living room. It's not a passive PSU, but the fan only spins-up when necessary, so gaming will be among the only times that a higher RPM is necessary.

Crucial MX100 128GB ($72): Before the MX100 shipped, we were generally recommending the M500 and HyperX 3K SSDs as affordable solid-state storage. With the MX100, we see higher capacities on MLC NAND with better affordability. The MX100 will offer enough storage for the host OS and a few games; it might be worthwhile upgrading to a 256GB MX100 for extra storage. Note that you will not have room for a 3.5” HDD in this enclosure unless forfeiting the Be Quiet! CPU cooler for something smaller. 2x2.5” slots are available for SSDs, though. 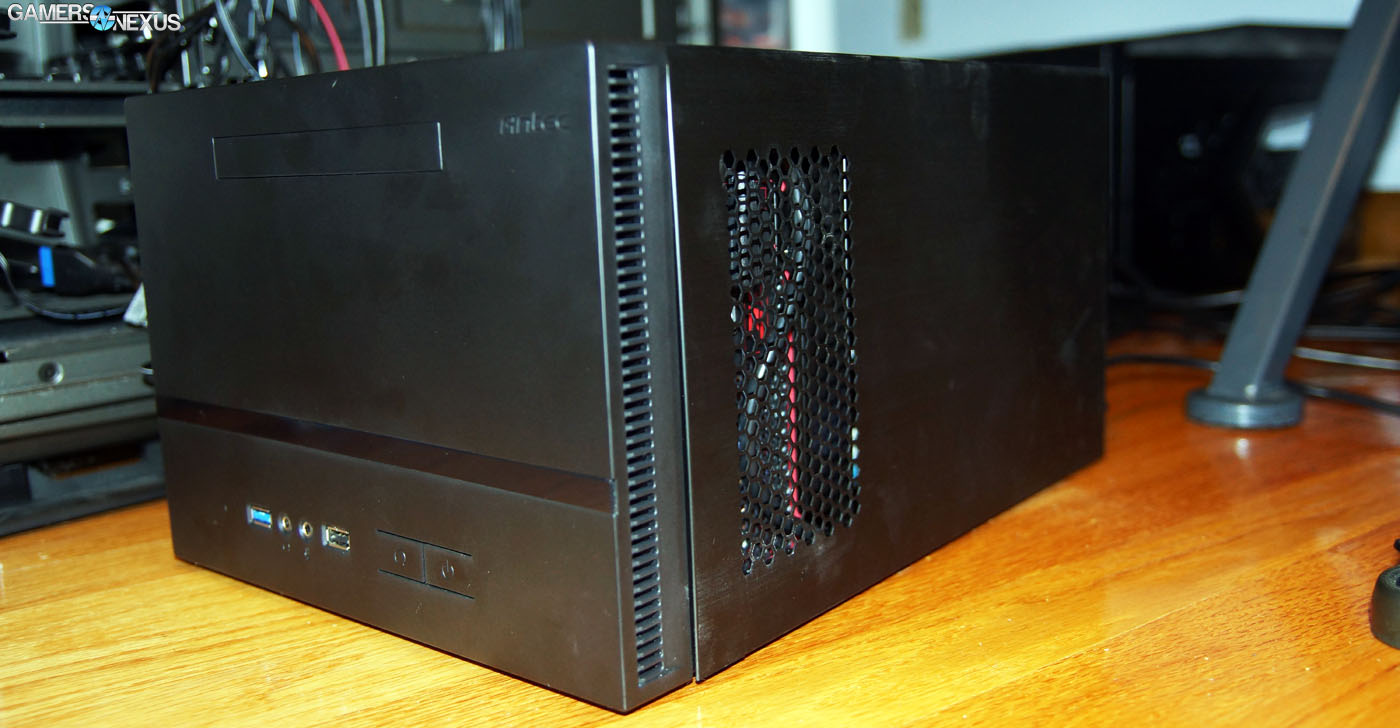 Antec ISK-600 ($60): We first saw Antec's ISK-600 at their CES 2014 suite. At this time, the “Steam Box” and “Steam Machine” branding ran rampant, dominating most of the case manufacturers who had scopes set on m-ITX. Priced at $60, the ISK-600 fits normal form factor PSUs, mid-sized air coolers, a couple SSDs, and appears discreet enough to be hidden away behind or under a TV. Building with this case was easy and relatively enabling. It took us about 30 minutes to complete the full PC build, cable management and all. Note that you will have to remove the 3.5” drive cage to fit the air cooler we selected.

That's it for this build. Let us know if you require any assistance in parts selection, customization, or assembly! Quick questions below, otherwise, hit us on the forums.