MSI GTX 980 4GB ($350): One of the most significant findings of our Assassin's Creed Unity & Far Cry 4 benchmarks was the revelation that each game will use upwards of 4GB VRAM if present. Larger framebuffers are finally getting utilized on PCs, though system memory isn't being saturated beyond about 2GB for the average game. It's possible that this is partially due to the shared memory architecture of consoles, with PC ports opting to use strictly the faster video memory.

A 4GB GTX 970 will run Far Cry 4 reasonably at high / “NVIDIA” settings with a fluid framerate. Until patches emerge for Assassin's Creed Unity, you'll be sitting in the medium-high settings threshold. This is largely due to both games being poorly optimized and has less to do with the hardware's performance. 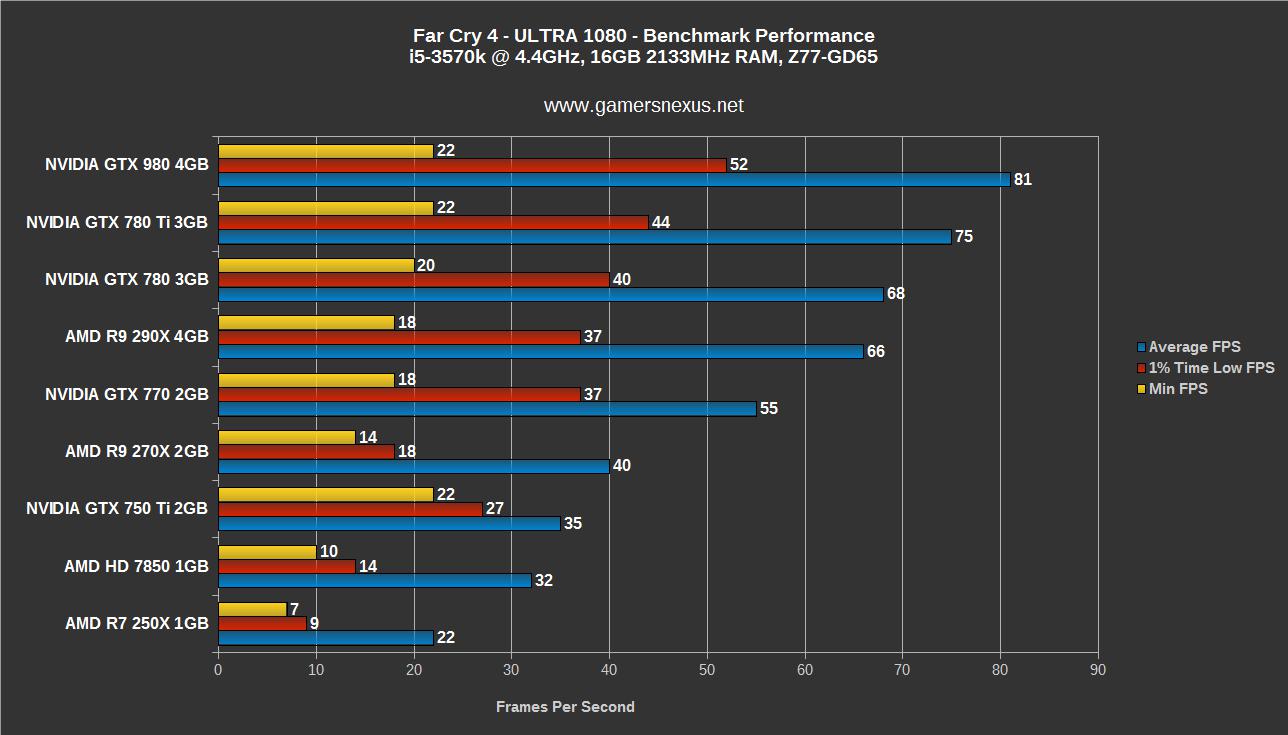 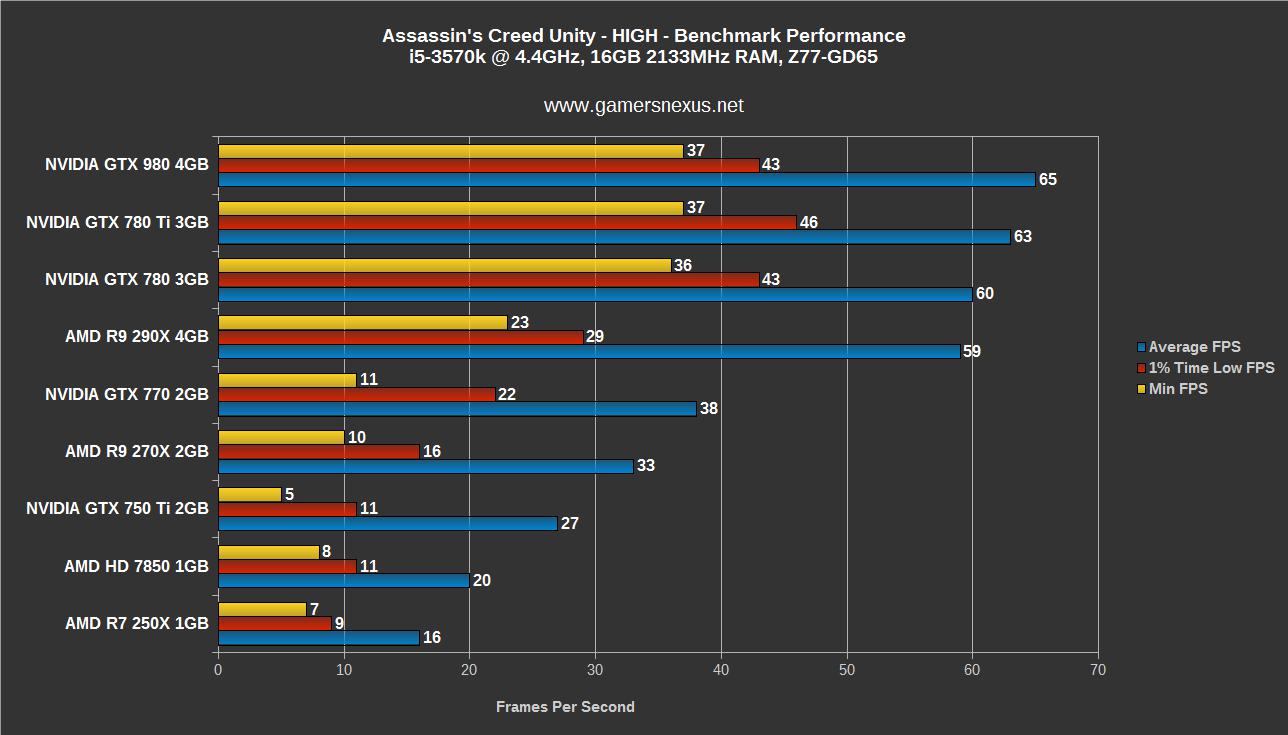 Intel i5-4690K 3.5GHz ($240): We combined this CPU with the motherboard for a $15 discount. Intel's Broadwell platform is suspected for a December launch, but gaming implementations don't typically see massive gains over the most recent preceding platform. The i5-4690K can be overclocked slightly and offers a stable, powerful CPU for gaming users. There aren't immediate gains from the 4770/4790K hyperthreaded CPUs when it comes to games, although production environments will see advantages.

SilverStone Argon AR01 ($30): We've been suggesting SilverStone's Argon AR01 air cooler since we first reviewed it, where it landed at the top of our cooling performance chart for air coolers. An entry-level air cooler is all that's really necessary to keep the 4690K operating at moderate temperatures and prolonging its lifespan; you won't overclock too high on air, but it'll get things started. The AR01 will offer significantly better staying power (and lower noise) than the stock cooler.

For users looking to overclock more intensely, we'd suggest considering a CLC like NZXT's X41 liquid cooler. It's a bit more expensive at $110, but will offer even quieter operating volume and more OC headroom.

G.Skill Sniper 1866MHz RAM ($80): We still haven't run into any gaming use-case scenarios that demand greater than 8GB of system memory. Similarly, we've yet to find non-production applications that make noticeable use of speeds greater than 1600-1866MHz. G.Skill's Sniper RAM provides 2x4GB of 1600MHz memory, easily overclocked to 1866MHz if so desired, and serves as a solid foundation for gaming setups.

ASUS Z97M-Plus ($112): A Z97 motherboard is fully unlocked for overclocking endeavors, should you decide to OC the 4690K, and hosts passive VRM cooling for better heat dissipation. We elected to use ASUS' Z97M-Plus board in this build, particularly because it's in a combo bundle with the CPU for $15 off. The Z97M-Plus is a micro-ATX board supporting just 1xPCI-e 3.0 x16 slot and 1xPCI-e 2.0 x16 slot, but makes for a quality motherboard for single-GPU configurations.

Corsair HX650M PSU ($60): 650W offers more than enough power (and room for upgrades) for this gaming PC. An 80 Plus Gold rating on this modular, 650W PSU makes the $60 price-point undeniably good; fill in the rebate card and use coupon code “EMCWWWB33” at checkout to reduce the price from $90.

WD Blue 1TB HDD ($55): Even though 256GB gives a solid starting space, more space is required for long-term operation and media consumption. 1TB of storage should be ample for most users to get going with, and at 7200 RPM, the WD Blue drive can host game content without detrimental access times.

NZXT S340 Case ($70): We first looked at NZXT's S340 case when it initially launched, following up when we toured CyberPower's warehouse and found a custom S340 in a side room. The S340 offers a slimmed-down chassis for clean, discreet, minimalistic build styles. The case allows ample room for full-size motherboards and GPUs, but offers no external drive bays and minimizes external plastics to ensure higher quality. A PSU shroud hides the ugliest section of a system build and is easily our favorite feature of the case.

That's it for this build. If you require assistance building a PC, leave a comment on our forums for in-depth support.