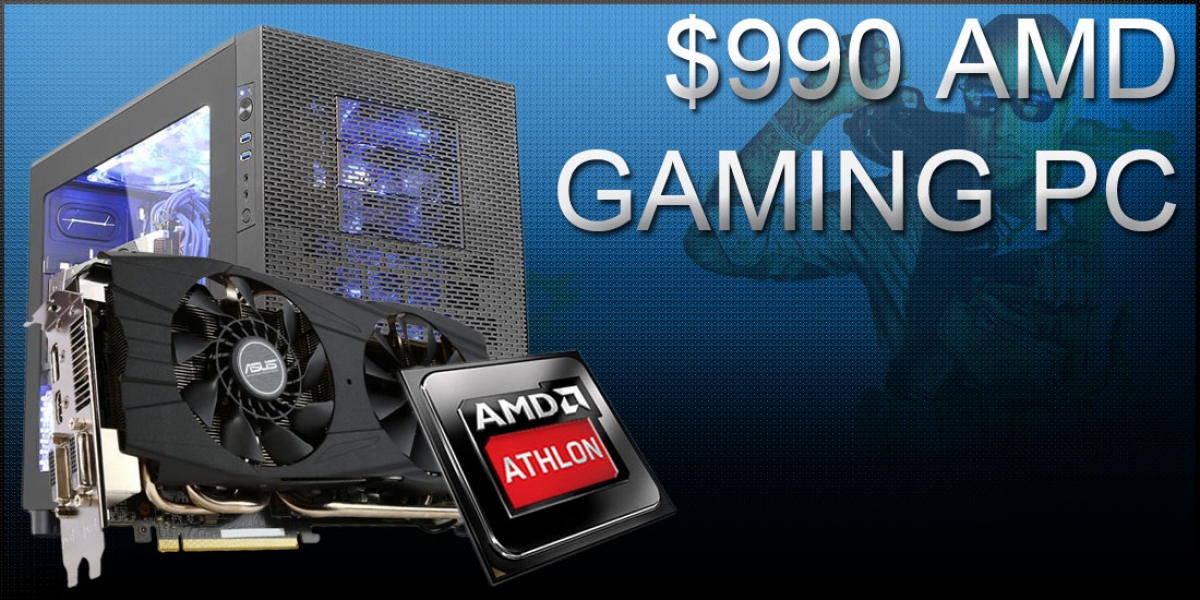 ASUS Radeon R9 290X ($315): We used a GPU & RAM combo to reduce cost. As our regular readers know, we pride ourselves on enabling the best experience for gamers, whether it's with our extensive benchmarking or our builds that fit all budgets.

In this build, we went with the top-of-the line AMD single-GPU card, an ASUS Radeon R9 290X. ASUS' video card employs quality technology like DirectCU II, which offers excellent heat dissipation to keep temps down in those long gaming sessions. The unit also comes with GPU Tweak, software that allows overclocking from the desktop for greater performance yield. The R9 290X we selected comes with 4GB of GDDR5 memory on a massive 512-bit memory interface, which is great for modern games that utilize more VRAM – like Far Cry 4 and ACU. 2816 Stream processors ensure that it will play most games at highest settings. We paired this up with the RAM to save $16; using promo code “EMCARKT42” at checkout will save 10% off the GPU.

Keep in mind that this processor was made to overclock, and being a K SKU, it has unlocked multipliers that allow it to be pushed even further when overclocking. This CPU may slightly bottleneck the R9 290X, but by overclocking you can make up for that and fully use the R9 290X to its fullest. By combining this with the motherboard, we were able to save you an extra $29.

Corsair Hydro H80i ($80): Technically, this component can be considered “optional,” but the stock coolers that come with CPUs are inadequate even under normal use. Since the Athlon X4 860K is an overclocking champ, you will need a better cooler to keep temps down, plus it extends the lifespan of your CPU. The Hydro 80i is a great water cooler and is easy to install. I would recommend that you install it in an exhaust fan position like the rear or top.

G Skill Sniper 8GB 2400MHz ($67): We combined the video card and RAM for lower cost. In this build, 8GB is enough, and this G Skill RAM offers high performance and a sleek aesthetic. Until DDR4 memory can be fully utilized and becomes more mainstream in CPU support, DDR3 remains more than ample for gaming tasks.

MSI A88XM Gaming ($100): We combined the CPU & motherboard. The A88X is the premiere chipset that AMD has to offer, based on the Bolton D4 chipset. It comes with 4 memory slots that support up to 2400MHz RAM (OC) and up to 64GB total capacity. If SLI or CrossfireX is something that you are looking for, this board offers support with one PCIe x 16 and one PCIe x8 slot, as well as dual PCIe x 1 slots for small expansion cards. The unit comes with 8xSATA 6Gb/s slots. You also get on-board USB 3.0 as well as 4xUSB 3.0 and 2xUSB 2.0 connects on the I/O panel. With the quality of MSI's Military Class 4 components and ease of OC offered by OC Genie, builders get a great gaming motherboard that can grow with them. By combining the CPU with the motherboard, we were able to save you an extra $29.

Thermaltake 850W ($80): For the power supply, we were looking for a reliable, 80 Plus Gold and modular PSU that has gotten good reviews. What we found meets all of those standards and a bit more, something particularly important when using high-TDP AMD components. This 850W PSU from Thermaltake ships for $80 and offers modularity, 80 Plus Gold certification, and a somewhat overkill wattage supply, but that allows for Crossfire and future expansion.

Patriot Blaze 480GB ($170): Now that SSDs are becoming increasingly affordable, these drives have become a mainstay with our gaming PC builds. They offer so much more than traditional HDDs – SSDs are faster and more reliable, they're quieter and cooler, and they're becoming affordable. This 480GB SSD from Patriot will be a great primary storage drive. Traditional HDDs are still useful for archival and media storage.

Western Digital Blue 1TB HDD ($55): Those SSDs will fill up fast, so we recommend that you pick up this HDD as a secondary storage drive. Put all of your data on here, like those legally obtained movies and songs, as well as anything else you don't want clogging-up the SSD.

Thermaltake Core X2 ($110): Small form factor has become all the rage with PC owners, but not all micro-ATX cases have to be tiny. The Core X2 – while smaller than its Core X9 brethren – is a medium-sized m-ATX cube case. We first saw the Core X2 at CES 2015 (video here) and have been waiting for a chance to include it in a PC build since the unveil.

The X2 has room for plenty of fans, offers great ventilation for the AMD components, and has serious cable management potential. This Thermaltake Core X2 is unique in its design; it's a cube case that takes up less space than other towers. The fully modular design allows you to configure it to fit the system's needs. A modular drive racks affords room for up to an 18.8" GPU – something that doesn't exist in the gaming world – and room for a CPU cooler up to 230mm tall.

Moreover, it has room for 2x360mm radiators on the top of the case. The unit comes with 2x120mm fans in the front as well as 1x120mm exhaust fan in the rear. The X2 also offers fan brackets for various mounting points that can adjust to 120mm, 140mm, and even 200mm fans. Perhaps most interestingly, the X2 is compartmentalized into two chambers: The top chamber holds the motherboard and its components; the bottom holds the PSU and drive bays for better cable management and airflow.