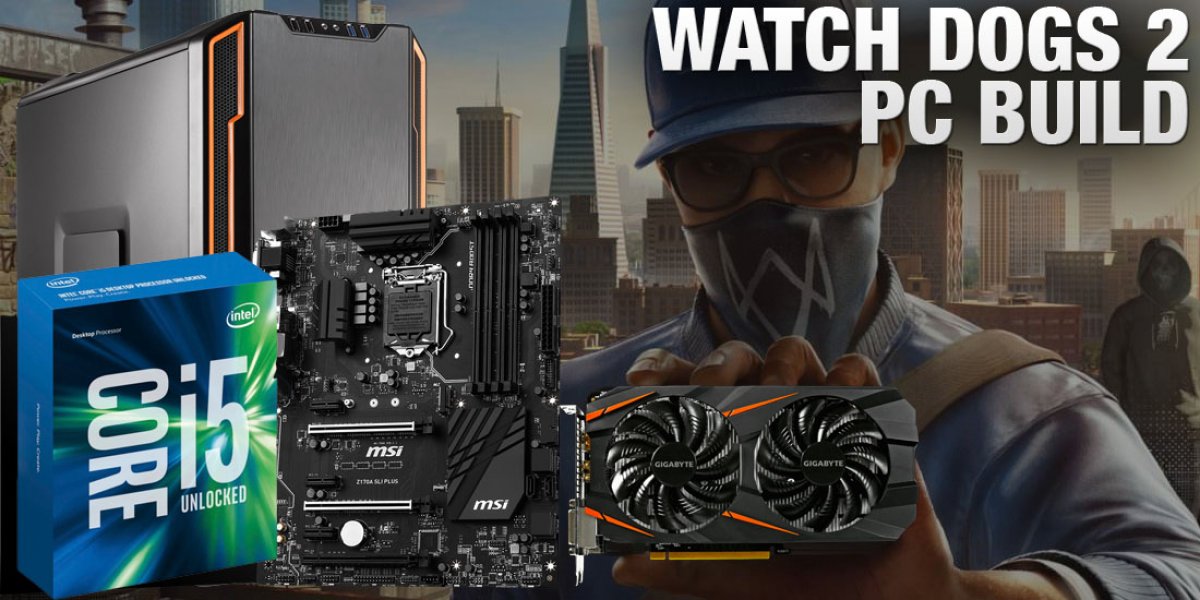 Withstanding the circumspect of PC players, Watch Dogs 2 has seemingly launched without a hitch. Mostly, anyway. The usual PC congregations of Steam and Reddit have been mostly devoid of the day one despair that is PC gaming in 2016, partially indicative that Watch Dogs 2 actually runs on a variety of hardware. Not easily, mind you, but it runs. What is more, we recently published our own benchmarks of the game using an assortment of 11 GPUs, from the 1050 & 460 to the 1080. Having found the game playable, albeit demanding, across multiple video cards, we’ll look at a build aimed at outputting reasonably fluid performance at elevated settings, but without going too far over $1000.

This gaming PC build will focus on running Watch Dogs 2 with the “Very High” preset at a resolution of 1080p, with a sustained 60 FPS average.

As an aside, the build will also place a slight emphasis on overclocking with air cooling, while exhibiting very low system noise. We’re also built to be multi-GPU ready, despite the presence of a GTX 1060 (no SLI support for 1060s). This is to ensure that, should you decide to change the video card setup down the road, the rest of the system will permit the change.

How to Build a Gaming Computer Tutorial (2016)

GIGABYTE GeForce GTX 1060 Windforce OC ($250): As mentioned previously, the build won’t be ready for SLI in its current incarnation, but it doesn’t have to be. The GTX 1060 is a formidable contender in the 1080p domain, which remains the most popular resolution. You can learn more by reading our extensive, original benchmark, which includes the GeForce GTX 1060 Founders Edition opposite the AMD RX 480. Moreover, you can gauge 1060 performance further by looking at our Watch Dogs 2 benchmark. 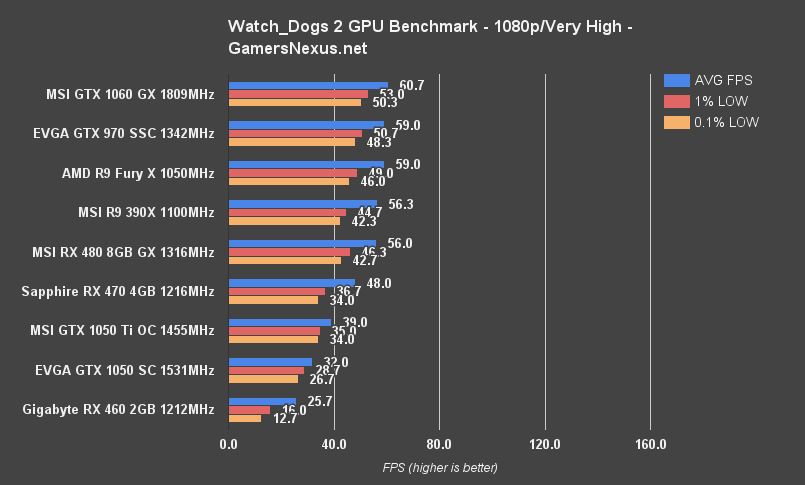 i5-6600K 3.5GHz ($220): Here, we’ll use the unlocked i5 to drive our rig. Although shorn of hyperthreading, this will not be an impediment here. Presently speaking, truly multithreaded games are more the exception than the rule. The quad-core i5-6600K will shine for core-sensitive games. Overclocking will further bolster the CPU to that end; hence the choosing of the “K” SKU. A large majority of the 6600K chips can approach the 4.0 GHz mark and beyond, thus improving performance in games or applications that benefit from higher frequencies across all cores. Per the usual with overclocking, mileage does vary by sample.

Be Quiet! Dark Rock 3 ($65): In maintaining continuity with our overclocking and low system noise requirements, we will deploy the Dark Rock 3 tower cooler to cool the CPU package. This single tower cooler features 6 copper heatpipes attached to a dense fin stack with a decoupled fan solution. The fan included with the Dark Rock 3 is designed for higher volume airflow at lower decibel levels, something we recently demonstrated here. The Dark Rock 3 comes with a 190W TDP rating. TDP (Thermal Design Power) is something of a vague metric that is seemingly used interchangeably and has been the subject of some controversy in the past. In relation to cooling systems for CPUs, it is generally agreeable that TDP is equivalent to watts of heat displaced, or dissipated. Bearing that in mind, the Dark Rock 3 is more than enough to cool a potent overclock on the i5, assuming the user doesn’t want to ride the bleeding edge of stability. Besides the inaudible cooling capacity, the Dark Rock 3 receives good marks for build quality and aesthetics.

MSI Z170A SLI Plus ($126): The Z170A SLI Plus primarily differentiates itself from other Z170A counterparts with its “reinforced” PCIe x16 & x8 slots, which MSI calls “Steel Armor.” This is an attempt at lessening GPU sag, sometimes an issue in large cards with oversized cooling solutions affixed to the PCB. Aside from that, the MSI Z170A SLI Plus is a solid mid-range choice offering USB 3.1 type A and C, PCIe 4x M.2 slot, 10-phase power delivery for increased voltage stability, graphical UEFI/BIOS, and OC Genie 4 for automatic overclocking function (if that’s important to you).

Corsair Vengeance LPX 8GB DDR4 2133 ($53): The Vengeance LPX line of memory is a proven performer. We’re going with 8GB total system memory in a dual-stick kit for dual-channel usage on the platform. The aluminum heat spreaders both match our build aesthetic and are low profile, so as not to interfere with our CPU cooler clearance. This Corsair Vengeance kit supports XMP 2.0 for one click overclocking. Furthermore, the Vengeance LPX series is known to overclock well beyond the XMP 2.0 profile, should users wish to push even higher frequencies. Initial timings are 13-15-15-28 with a CAS latency of 13.

EVGA SuperNOVA 750 B2 ($52): The EVGA SuperNOVA B2 series is more budget-oriented, but still offers quality and reliability. The B2 models are also a collaboration with Super Flower, EVGA’s OEM for the higher end P2 and T2 series, so that’s a plus here. We’ve opted for a 750-Watt unit to provide ample headroom for a potential future SLI/Crossfire set up as well as power sustained overclocks. Great 12v stability and ripple suppression, 80 Plus bronze efficiency rating, and semi-modular design round-out the amenities here.

WD Blue 1TB ($50): For mass storage, we’re going the route of the Western Digital Blue 1TB model. This is a no-frills, 7200 RPM mechanical drive. With over 9,000 reviews between Newegg and Amazon, it is tried and tested, and we’ve got several deployed in our production systems. The WD Blue is generally more affordable than its WD Black brethren (which is marketed at gamers), and aside from warranty and storage capacity, there is little difference between them.

Samsung 750 EVO 120GB ($52): The 750 EVO is Samsung’s budget-oriented option aimed at the mass market. This SSD uses TLC NAND Flash (learn about NAND Types here) and a dual-core version of the MGX controller found on the 850 EVO drives. The Samsung 750 EVO 120GB offers quick read/write speeds, power efficiency, and overall good performance for light storage tasks. We will avoid using the 750 EVO for strenuous storage tasks, and instead use it as our primary boot drive and directory for a few critical applications.

Be Quiet! Silent Base 600 ($120): Offering parity with our CPU cooler as well as contributing to our silent system goal, we’ve chosen the Be Quiet! Silent Base 600 ATX mid-tower. The feature set is like that of its full-tower counterpart, the Silent Base 800 (review here). Notable features include sound damping material around all panels (even the windowed panel), movable/removable HDD rack, and dust filters. Preinstalled are two fans: 1x120mm fan and 1x140mm fan. Should liquid cooling become attractive, radiator support is located at the front and top panel accommodating 140mm and 240mm radiators, respectively.

For one-on-one support, check out our tech forums. Leave a comment below for quick help or questions.