Happy New Year from all of us at GamersNexus! I can think of no better way to bring in the new year than to build a brand new gaming rig! Our first budget gaming PC build of 2013 takes advantage of some of the new year's sales we recently posted, making for one of the most powerful rigs you could build for such a cheap price.

For less than $600, we've managed to build a great system capable of running high/max settings for most modern games; it's packed with a 7850, entry-level liquid cooler, Phenom II X4 965, and a modular PSU.

Using overclocking techniques, you'll be able to cut initial cost by amping up the selected RAM and CPU frequencies to exceed more expensive chips; this gives high-end performance at a low-cost, so be sure to take advantage of our beginner's overclocking guide for full potential.

This time around we decided to go with XFX's HD 7850, giving us the best performance at this budget. Running on AMD's Pitcairn architecture (pictured below), this GPU has proven more than capable of handling most of the games out there at high settings with a smooth FPS. This baby comes with the newest generation architecture to allow much better gaming than the previous HD 6XXX cards and, in terms of cost-to-performance, competes closely with nVidia's GTX 660. The 7850 has a (now standard) 256-bit wide memory interface and 1GB of GDDR5 memory operating on an effective 4800MHz memory clock, making for enough bandwidth to run GPU-memory-intensive games smoothly. The card also includes DVI and HDMI outputs, also fairly standard. Considering this card was in the range of $250 or $300 when it first launched, $150 is an amazing price.

We went the AMD-route for this build and opted for their best budget gaming CPU: the Phenom II X4 965. The Phenom II X4 965 (OEM) is a quad-core chip sans integrated graphics, meaning more space dedicated to the cores and their functions; although the chip is a few generations old (pre-Piledriver), it performs nearly identically to the 4100 (or better, in some games) and has an architecture that we believe is better for the price. 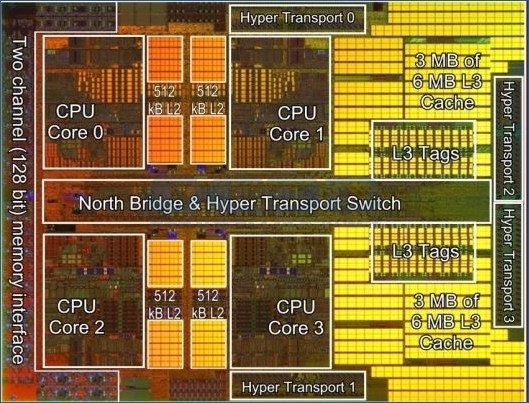 At only $75, it's hands-down the best processor available for gaming - and because games rely most heavily on the GPU, this gives us more money to spend on the GPU. Keep in mind this OEM product does not include a heatsink or thermal compound, but factory stock heatsinks aren't the best anyway, so we decided to couple this with the great deal we found on Corsair's H70 liquid cooler. At $40, this aftermarket liquid cooler will enable us to OC the CPU to match (and exceed) the native clockspeeds of the FX-4100 and FX-4300.

This build uses 8GB of Corsair's XMS memory, clocked natively at 1333MHz and easily overclocked to 1600MHz or higher; this cuts down on your initial investment and gives you the tools needed to OC the RAM (and CPU) to match the speeds of much more costly parts. You get 8GB of quality memory—that should be more than enough for your basic gaming needs.

This time we decided to take a break from the typical ASRock selections and give MSI a chance. MSI makes quality motherboards with solid heatpiping design and easy OC features, and this 970 chipset MSI-970A-G46 board is at a great price. The board is AM3+ equipped for those awaiting Steamroller (or looking to upgrade to Piledriver), giving plenty of room to upgrade to future AMD gaming chips. You also get USB 3.0 and SATA III (6Gb/s), giving us yet more room for an SSD upgrade. For less than $75, the board's a great deal. OC Genie II seals it all by offering novice overclockers a streamlined OC pipeline for powering up the CPU and RAM.

It's important to grab a PSU parallel in quality to the rest of your components; if there's one component we consistently advise builders not to cut corners on, it's the power supply. We found a sweet deal on a modular OCZ ModXStream 600W PSU for a cool sixty bucks. It's rare to find such a solid PSU will all the extras (and modularity) in this price range, and given its high efficiency (80%+) under a typical load, it's one of the best budget PC power supplies available right now.

It finally seems the HDD prices are settling down, nearly two years after the initial factory flooding incident. We found this 7200RPM Western Digital 500GB hard drive at a decidedly normal! price of $50. This is a great option for your initial storage, and we still recommend that you pick up an SSD as this is the slowest component of any PC build. Picking up a nice SSD would speed up those pesky loading times and make your playing experience smoother in data-streamed PC-centric games.

Feel $25 richer? Consider this 1TB WD Blue option if you're a data fiend. Users who store large movie files, have extensive music libraries, are avid photographers (using large RAW image formats), or don't like uninstalling things might make use of the extra space.

What spins discs and will make GN's staff happy when it's obsolete? Yep, we still need 'em; if you have an old optical drive laying around, you could potentially cut off ~$20 from the final price tag by cannibalizing it from another system. That said, this Samsung DVD burner will do the job well enough with its standard 24x and 48x speeds.

For our cheap bastard's build series, we usually select cheapest case that fits our standards for a gaming case. Not this time! Here we selected a mid-range case that not only looks good, but offers those extras that we have come to love in gaming cases. Corsair's 300R is a great case for the avid gamer, comes with plenty of cooling and cable management options, and doesn't look like—to quote our Corsair contact—"a 1980s cartoon robot."

It also provides you with plenty of expansion bays (7) and clearance for the largest gaming-class GPUs out there. Mid towers like this don't take up too much space, but can still fit everything nicely. After all the discounts, the case comes down to an amazing $50 price-point (make sure you use the code EMCNJNJ28 at checkout). At fifty bucks, the price tag is well worth the clean aesthetic design that accompanies Corsair's cases, especially considering you get the best cooling available anywhere near that price.

Have an extra $9? Consider adding an additional 140mm fan for better cooling. We'd suggest using it as a side intake fan or top exhaust fan.

The first of many builds we will do this year turned out to be a great one. You get a strong gaming PC for less than $600, and there is no better time than now to make the jump from console gaming to PC gaming. I recently converted my ten-year-old son to PC gaming by showing him the differences in Left 4 Dead 2 between his Xbox 360 and a gaming PC. His eyes lit up and he asked me "is this the same game?' The graphics blew him away. Granted, the downside is I cannot get him off my PC now. Dad has work to do, kid - I've gotta kill some imperial scum in SWTOR. Serious business.

I had a lot of fun with this build. Tiger Direct and NCIX both are offering free shipping over $50 at the moment, so we'd suggest you take advantage of those offerings. Newegg has the best quality PSU selection, but we'd recommend TD or NCIX for any additional HDD needs (Newegg seems to severely overcharge for HDDs). The case we selected is one of the best deals in here (granted, the CPU and GPU are also pretty amazing), but you'll need to use the promo code (EMCNJNJ28) at checkout to get the price we found. Please visit our forums for any questions or concerns, or feel free to post a quick question below!