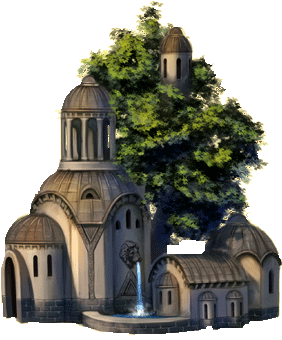 The heroes that come in name of your guild, after speaking with the ladies of the town, immediately go off on their own adventuring - slaying horrid beasts such as bears, skeletal minions, and wolves to start.  As they collect cash-money from their opponents, they return to town to purchase healing potions and armaments to aid them in their fight against future dragons, giants, and cyclopes.  This spent gold then returns to your pocket, a classic economy, as you collect taxes from residents and businesses for town upgrades. 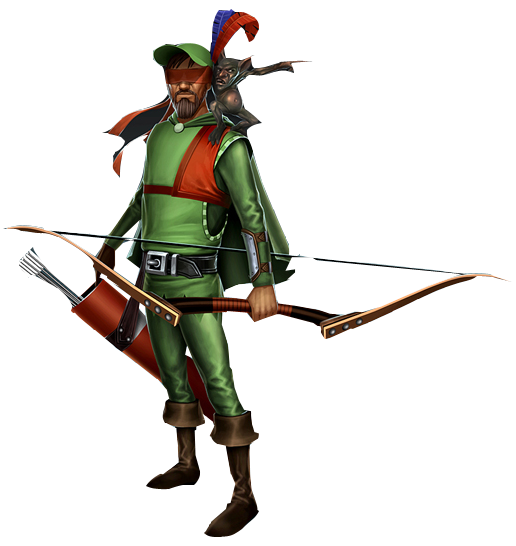 Do not feel so safe yet, though!  These monsters do not simply wander about and wait to be slain, they also ravage your towns and destroy your markets, and this is where the Flag bounty system comes in.  You may, as ruler of this Kingdom, place bounty upon the heads of the raiding brigands.  The heroes, in classic grinding-style quests, will then go forth and slay them, and return for their reward.  What's so great about this though, is that YOU are on the GIVING end of that reward for once!  That's right, you aren't the one defending these damned defenseless towns from kobolds and goblins, you're just the loser funding the defenseless town.  Ok, that might not have been the best way to put it, but those with MMO experience will be grateful for this anomaly.  While your heroes are out and about, or at home protecting you, it's a good idea to spend some of your gold on new swords, potions, and other items that will benefit the insane adventuring parties while they perform their duties. 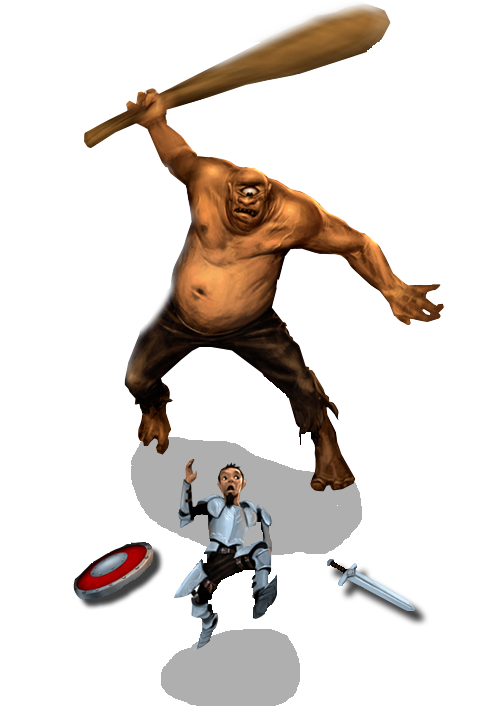 As the game progresses and more heroes arrive for your cause, they will scatter across the map to explore and unlock new territory in the region, effectively creating an all-encompassing world that will live on under your reign.  RTS-players need not rejoice yet, though, because this game has a couple of features that will make it far more difficult than just selecting your heroes and clumping them on a monster.  You must train the hero, pay for his training, and then send him off into the real world - much like using a barracks in an RTS; however, the hero will (to quote the game's website) "live his own life" after you pay for his training.  This means you'll need to give the warriors, rogues and rangers incentive to battle for you, the bounty.  "Now hold it, hold it, hold it!  You say, there are Rangers, Rogues, and Warriors?" You ask.  That's right.  In Majesty 2, you'll find a wide selection of guilds, including: Rangers Guild, Warriors Guild, Clerics Guild, Mages Guild, Elven Bungalow, and Dwarven Settlements.

Sounds like a pretty solid selection of troops, there's also a wide variety of monsters (Dragons, Giants, Cyclopes, and more!).  Aside from the shameless LotR and Monty Python references all over the webpage, the game looks fantastic.  Let's hope they deliver!  The game is due to be released in Q2 2009.