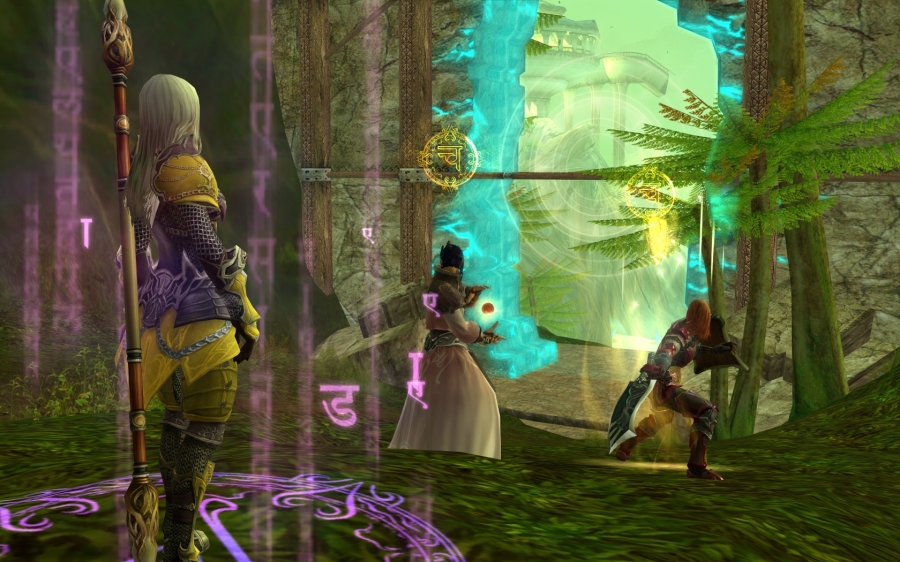 Soul theft, although a common side effect of playing MMOs, was not enough to deter me from trying out Aion Online.  So many ads, so much hype - but is Aion really what it is amped up to be? At first glance, Aion seems like an advanced version of Ragnarok Online, well, before they started making everyone pay to play.  The game is built around two stereotypical races vying for control of the land.

The races are not unknown to us though, and the battle bears striking resemblance to a classic Angels versus Demons match off, fighting over what would be earth. The Angels, otherwise known as the Eylos, and the Demons, or the Asmodians, each have the same four classes with female and male counterparts. 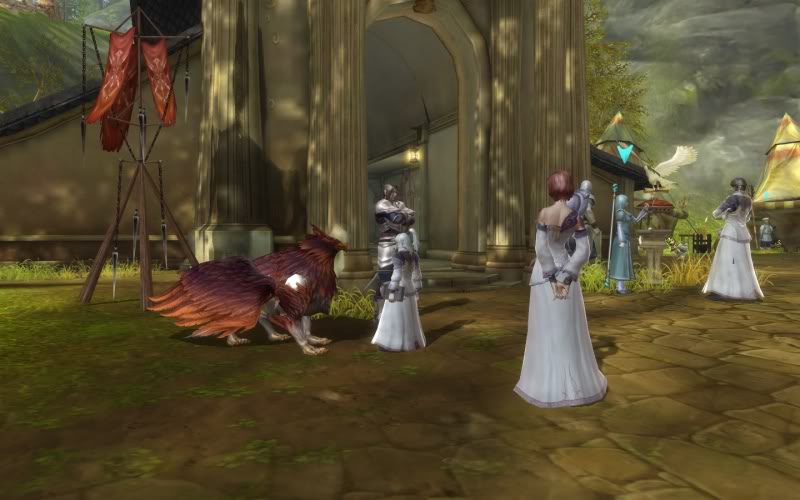 Don't hold your breath, though, because these four classes are nothing original. On the positive side, each of the four archetypal classes has two sub-classes, adding a substantial amount of depth to an otherwise shallow game. Playable classes are the Warrior, an all-around tank, the Scout, a.k.a. the gankmeister, the Mage, your  standard in-a-box nuker, and the Priest, who serves as the group's heal-butt. Warriors can class into super-tanking Templars or DPS-machine Gladiators.  Scouts follow their standard role, turning into either a ranger or an assassin.  Mages level into Spiritmasters, essentially a summoner, or Sorcerers, who are the pro  nukers.  Priests expand into either a healing-focused Cleric, or a Chanter (buffer). 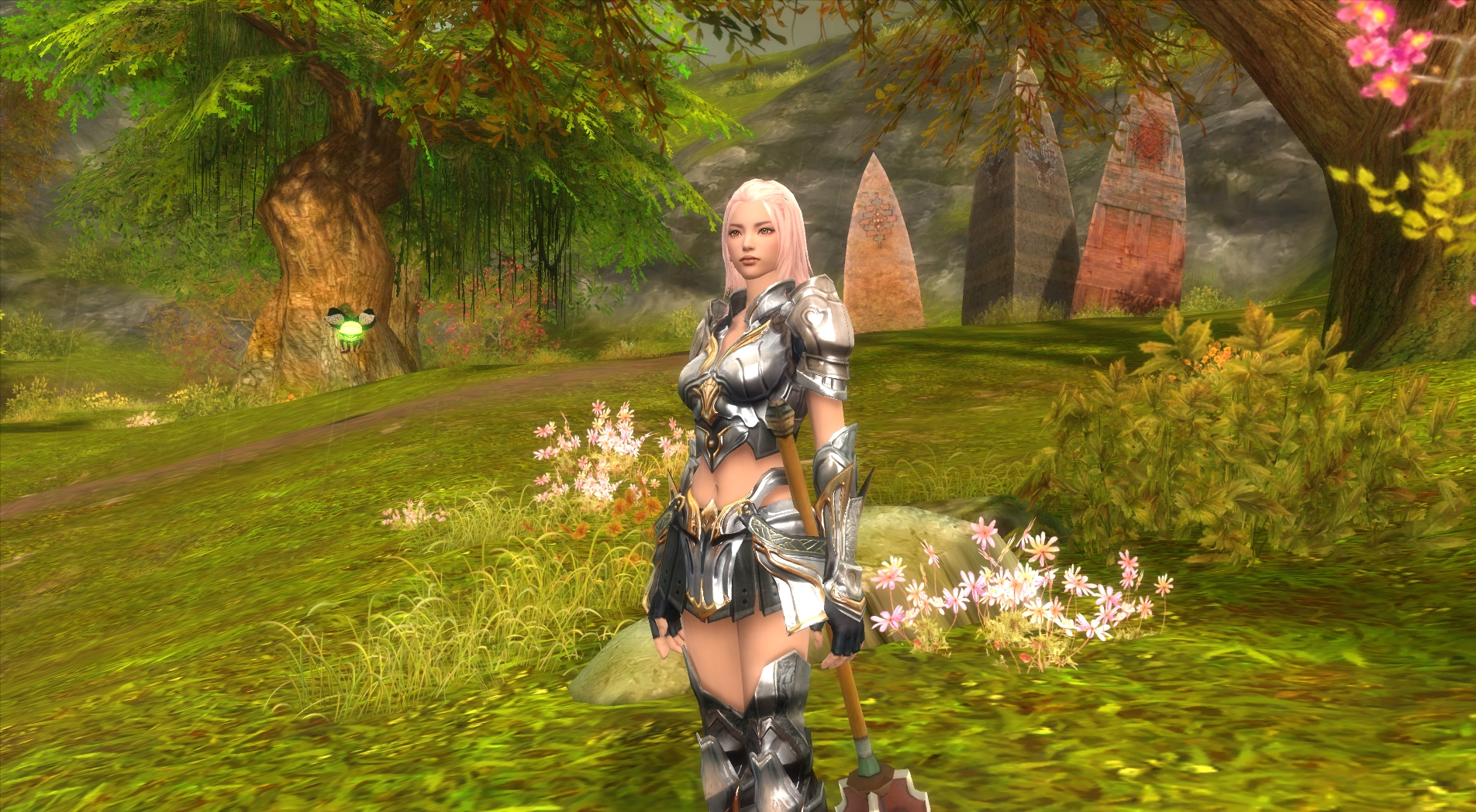 The game's Economy is player driven. While playing, I never saw an auction house or anything of the sort.  Instead, similar to Silk Road, you are able to establish your own stand to sell your merchandise to other players.  I found this system works well, since it solves the age-old laziness problem. One of the better aspects of personal shops is the price for the items is predetermined. You place the item in there and it automatically gives you a price (though the price can be changed). Depending on what other merchants are selling the items for, players will often competitively price their goods. From the looks of how the game is run, hopefully the developers will implement a way to craft for other people. All over the land of Atreia there are resources that players can gather for quests or just sell to merchants. 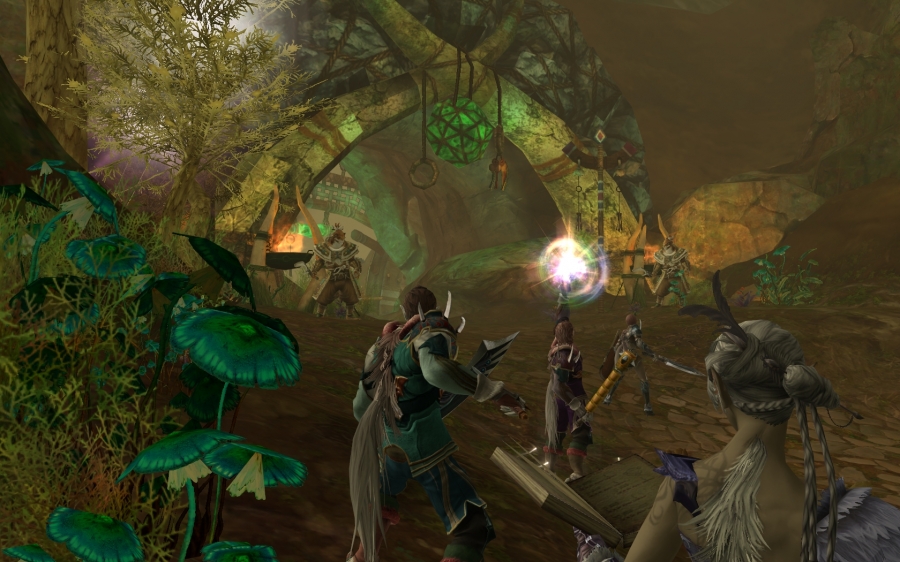 PvP, finally!  In Aion, Players versus Player combat takes a different turn from other MMOs. Instead of just standing your ground fighting, you can take to the skies with the characters' wings. I couldn't tell you how many other MMOs have this feature, but I rather like it. Also, according to the last beta, they were testing the only pvp zone on the map, called the Abyss, where the flying combat comes into context.

The only extremely bad thing I found in Aion Online, is the unsurprising endless grind for everything. You are forced to grind mobs for levels and the GOOD equipment. If you're going to sell the resources people need for their quests, you either need to stand at the same spawn or move into a big open zone, which can take a lot of time.

Keep an eye on Aion, it has many promising aspects so far!