Article contributed to GN by "Tiberius"

Are you tired of the REAL LIFE Battlefield Games? Tired of all those dolphin-diving, over-proning noobs all over Wake Island? Or just in general the blatant remakes other Battlefield Games? I know I was - and thanks to my trusty friend, Google, I discovered the cartoony Battlefield Heroes. 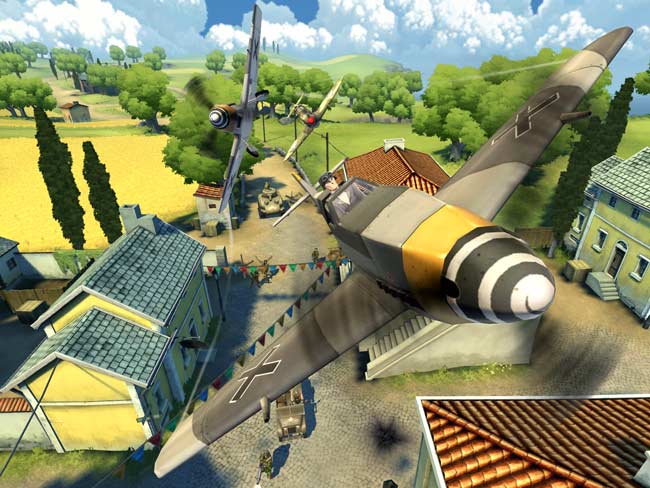 Battlefield Heroes brings the Battlefield Series into an entirely unexplored environment, changing it from a real world FPS to a Loony Tunes-esque Cartoon Third-Person Shooter (TPS) game, not unlike Team Fortress 2. BFH separates itself from its animated predecessor by charging nothing to download and play the game!  Yes, it's a free EA game.  Much like all the other Battlefield Games, this one is based around Take And Hold win conditions. For each flag your team owns, your enemies tickets (a respawn currency) will drop as they get slaughtered. Teamwork is a MUST in this game if you want to win your battles.

Several of Heroes' features are clones from the other Battlefield series games. For example, Ribbons are now known as missions. There are 3 - 4 levels for each mission, and they get increasingly challenging. You will also find that, similar to other Battlefield games, classes have a specific purpose, saboteurs, front-line infantry, etc. EA has also retained the infantry and vehicle only settings, which is destined to keep people around longer, as it switches things up. 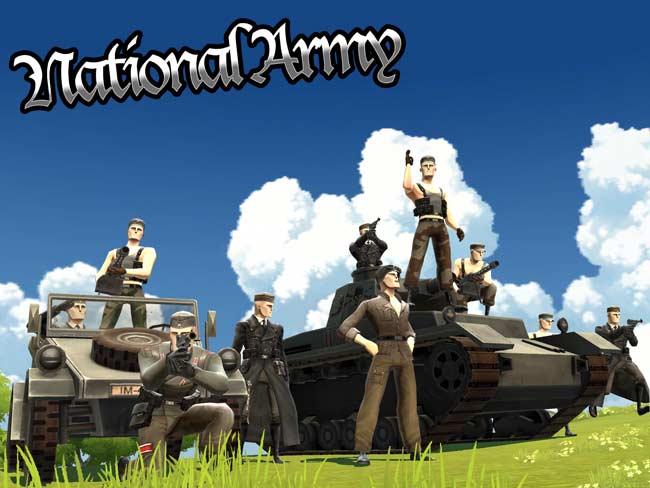 Gamers will be able to choose from two Armies (currently). The Nationalist, who loves to wreak havoc all over Europe, and The Royals, the rest of Europe fighting back to end the tyranny (sound familiar?). Once you've chosen your army, you can now select one of three classes of Hero that you will be:

The Soldier acts as a medic and the backbone of both Armies. He carries around an SMG, a shotgun, and a type of explosive. These guys are excellent fighters, and kick some major ass if used right. They have an arsenal of abilities, including both allied improvements and offensive attacks.

Gunner - The quintessential Anti-Tank Fighter. He wields an MG, A shotgun and a rocket launcher. These guys are best used up close and personal, where they can see the horrified faces of their enemies! You'll find that MGs and shotguns do more damage at close range, but the Gunner also carries around a rocket launcher, capable of terrorizing enemy tanks. Their abilites are used for tearing apart both enemy infantry and tanks.

Commando - A special operative equipped with a sniper rifle, pistol, a knife, and C4. These act as the team's sniper and saboteur. These guys can rip apart a lone soldier or gunner with their sniper rifle or obliterate a 2 - 3 man squad if they use their explosives (even the knife!). Their abilites revolve around staying unseen and placing their own personal traps on the battlefield. 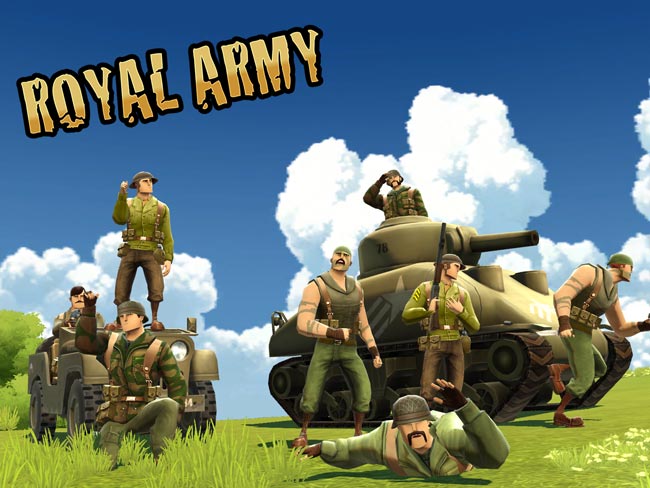 Unlike Battlefield 2 and Battlefield 2142, this game is based around levels. However, the only HP you'll be gaining per level are Hero Points.  That's right, no one gets a gameplay advantage for sitting on their ass longer than the next guy.  In place of stat improvements, you do get cool new outfits every couple of levels. You can look like a guy running around in a sweater, or if you feel compelled to fit the game, actually dress the part of a marine. With every two levels you recieve an HP (Hero Point).  These are invested into abilites, making it so you can combat different classes better. There are currently only 30 levels to go through, but it's no walk in the park. I spent two days going from level 10 to level 12.

Even though BFH is still in beta, it currently deserves a 90% and will be revisited upon release.  The game can use a lot more work, but that is what you get with beta.  Great cartoony graphics, although they won't appeal to everybody.  Sounds are well done and numerous - fans of Loony Toons may recognize a couple of Bugs Bunny-esque sounds!  Gameplay is solid, especially when you work as a team.  The server cap is low, and should be increased from 16 to 24 or 32.

Battlefield Heroes is due for full release no later than November, though judging by beta, I actually think it will be out before then.