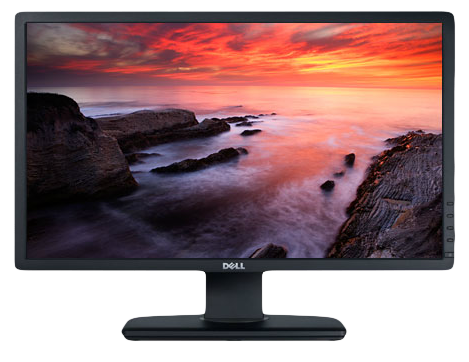 This weekend's hardware deals round-up is, from our perspective, a lot more exciting than the last few weeks; we found refurbished Corsair H100s for $50, a decent Corsair 430W PSU, a Dell UltraSharp 23" IPS monitor, AMD 7950, and FX-8320 CPU all on sale. And, because deal hunters also like free things, be sure to check out our FORCED game giveaway.

Dell UltraSharp 23" IPS Display ($190): Despite the company's questionable laptop and desktop quality, Dell's UltraSharp monitors have always been regarded as some of the better picture quality displays on the market. IPS panels have been slow to break into the market due to their cost, but at $190, this clear IPS display @ 1080 and 8ms response time is at a great asking price for a mid-range panel. Keep in mind that the increased response time decreases its usefulness in competitive gaming, but artists and those who need truer color qualities should seriously consider an IPS purchase; the overall picture quality is superior to an LED-LCD monitor, but at the cost of increased response time.

XFX Radeon HD 7950 ($220): AMD's new 290X and other 200-series cards have been at work saturating the market, but that doesn't discredit the power of last-gen's 7000-series video cards. The HD 7950 ships with Crysis 3 and 3 free games from AMD's Never Settle bundle, along with its hardware specifications of 3GB video RAM on a 384-bit memory interface. Along with nVidia's GTX 760, this is one of the best mid-range cards available right now.

AMD FX-8320 8-Core CPU ($160): AMD's FX-series CPUs are some of the most fun overclocking products on the market. The FX-8320 can be pushed hard with the right cooler and performs smoothly for the vast majority of gamers; its focus on INT units and multithreading means that it won't be as efficient at handling games as Intel's i5-4670k (which is single- and dual-thread & FPU optimized for games), but honestly, you're going to be GPU-limited before CPU-limited anyway. If you're looking for an enthusiast product at a low price, this is probably it.

Refurb'd Corsair H100 Liquid Cooler ($50): Speaking of good coolers, here's one now -- Corsair's Hydro H100 CLC. This unit is refurbished, so be prepared to inspect and test the unit upon its arrival. The H100 stood as the CPU cooler industry's flagship product before the arrival of this year's lineup, and is still one of the best CLCs on the market. $50 is a good enough price that, even with the refurbished flag, I'd consider buying it. Just make sure you burn it in and quality-inspect it first.