PC hardware sales for Black Friday are typically good. The consumer space always gets good prices cuts, but some industries just don’t offer much in the way of sales or margin during peak buying season. Computer hardware, though, is fortunate enough to be a fiercely competitive space, and so we’ve found plenty of worthwhile discounts for consideration. AMD’s Ryzen lineup -- including the brand new Ryzen 3000 series -- has big sales across the board. The R5 3600X, a CPU we previously recommended against as it was economically wasteful as compared to the R5 3600, is marked down to the same price as the R5 3600. That makes it actually worthwhile. The Sapphire RX 5700 XT Nitro+ is also marked down, surprisingly, and previous-gen AMD Ryzen CPUs are down to new prices or discounted prices.

An Important Reminder on Rampant Consumerism

At GamersNexus, we try to be very conscious about needless consumption of consumer electronics. That goes for purchasing things from our own store, too -- buy it because you want it or need it.

Our office takes great measures to individually separate-out and recycle various metals, electronic components, and packing materials. We try not to feed into over-hype of products and instead focus on providing facts, appealing to product needs rather than the dopamine hit people get from buying something new. A big revenue driver for holiday season, as always, is going to be from people researching new component purchases for PC builds around Black Friday and Cyber Monday. We ask that you keep a logical approach to purchases and try to only buy what’s really needed. We’ll provide links to all the best sales, but it’s up to you to filter what’s not necessary for you right now. This earth does not need more e-waste with rare earth metals ending up in the landfills. No need to be economically and environmentally wasteful.

Separately: Pricing will obviously change and these are impermanent prices. 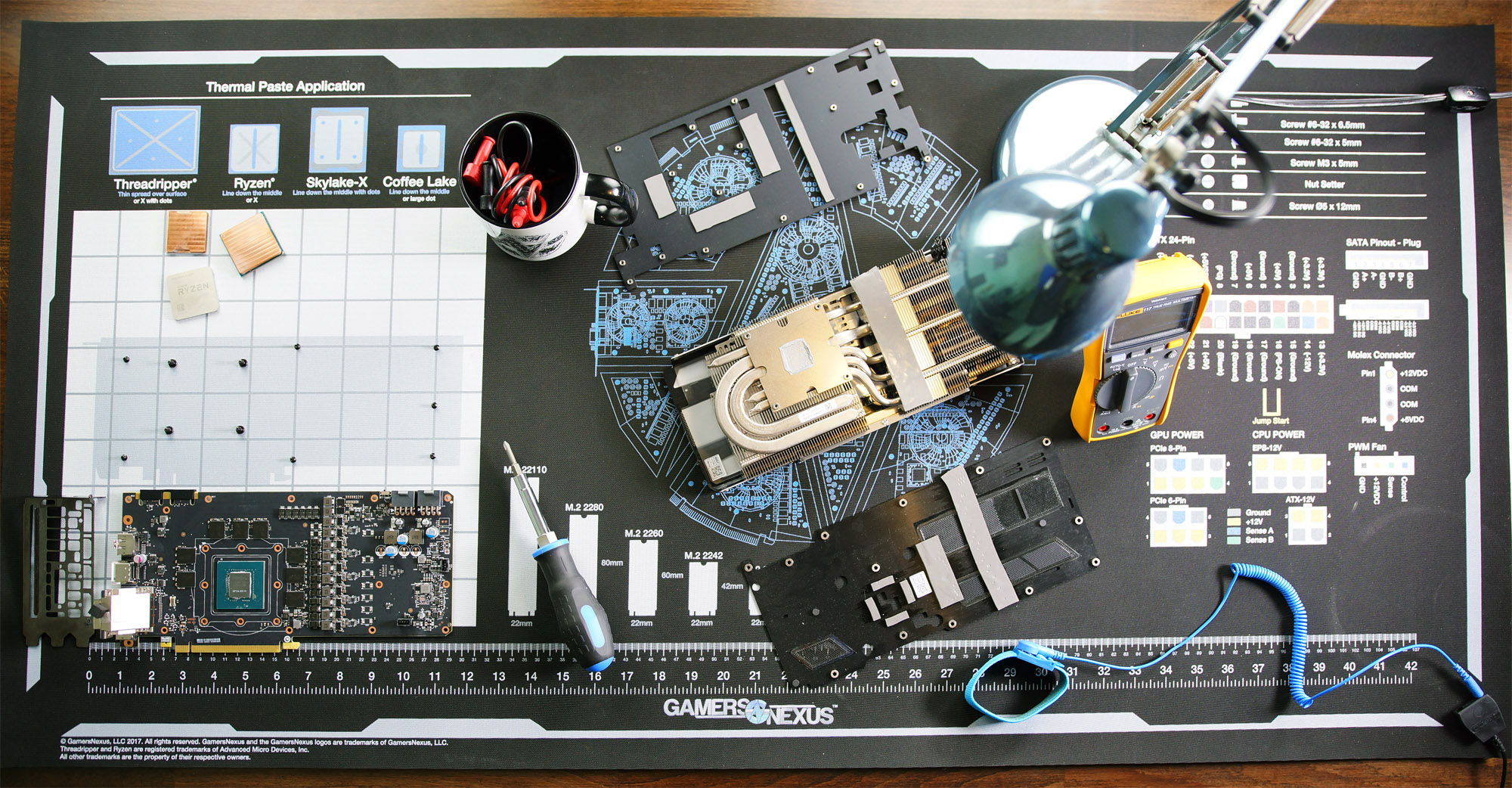 This one is from us: The GN store is the best way to support us while getting something back. We’re marking everything in our store down by 15% through Cyber Monday (12/4). Our GamersNexus Large Modmats that you’ve likely seen all over YouTube are included in this (and they’re in stock and shipping), as are our GPU Tear-Down toolkits and freshly restocked cobalt blue beer glasses. Our Medium Modmats are on back-order due to high demand through end of December, but the discount will still automatically apply if back-ordered. All the GN shirts are included in this, too, as is the GPU anatomy poster for something educational to go on the wall. Note that we are still working with Eden Reforestation Projects to plant 10 trees for every single item ordered through November, expiring 11/30. If you order 2 items, for example, that’s 20 trees we’ll fund via Eden. GN is currently at over 50,000 trees planted for November (between sales and our donation match). 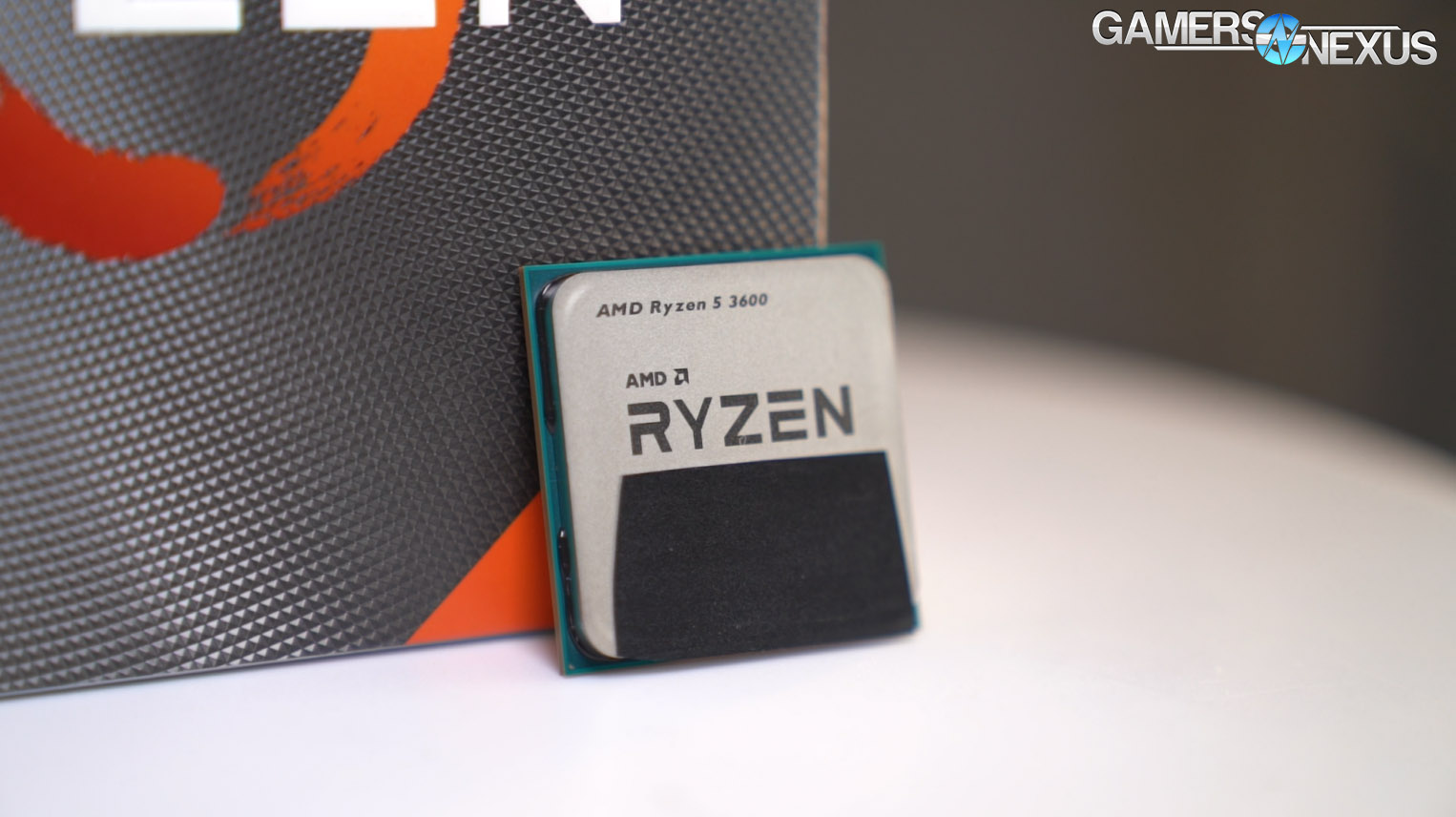 We checked for Intel CPU sales, figuring that the flaming wreckage of its 2019 HEDT lineup might have prompted some panic sales. Intel has a long history of never lowering prices or putting CPUs on sale, and that has continued into this Black Friday. At the time when Intel needs to do anything it can to compete, it still hasn’t changed policy on sales, and so none of their parts will show up in our list as all the ones we checked were still MSRP. Some are even just unavailable due to 14nm shortages, so that doesn’t help.

AMD Ryzen 7 2700X: The AMD R7 2700X, at its post-3000 series pricing, is one of the best purchases to consider. If you’re looking at an R5 3600 and wondering what alternatives should be considered, this would be it. There’s no point in considering the i5 CPUs, in our opinion, but AMD’s own last-gen CPUs are the biggest competitors to the new R5 3000 CPUs. The R7 2700X has bounced around a lot lately, with its original launch pricing closer to $330-$350 (depending on retailer) and later prices jumping between $160, $180, and $200 over the course of the year. At the moment of writing, the R7 2700X was its lowest price we’ve seen yet. This is a strong alternative to the 3600 if you find more cores/threads preferential to the higher clocks (users who do more production workloads would be well-served).

AMD R5 2600X: Just like the above, the previous-gen R5 2600X is also marked down heavily from its original launch pricing (a permanent change, although sale prices are temporary). We gave the AMD R5 2600 CPU series our “Best Overall Value” award for 2018, and as the price approaches $100, that’s only become more true. This CPU hasn’t gotten any worse with age; the R5 3600 is a marked improvement over the R5 2600 and 2600X, but it’s obviously also more expensive. We can strongly recommend the R5 2600X for ultra-budget gaming PC builds. The R5 2600 can easily be overclocked to match or beat an R5 2600X, but the price delta is about $5, so it’s hard to argue against just going for the potentially higher bin.

AMD R7 3800X: The AMD Ryzen 7 3800X CPU is brand new this year. The CPU did fine and scored well, which is expected given that it’s just an R7 3700X with a higher stock clock configuration, but we marked it as unremarkable for its pointless level of product segmentation from the 3700X (we went as far as saying “don’t waste the money”). That said, at the price drop from MSRP (it was $400 at launch), it’s more worthwhile as a consideration for those interested in potentially attempting undervolting or overclocking. The 3800X is theoretically a better bin than the 3700X. We’re surprised to see it on sale so soon, but then again, AMD seems aware that it’s best to dump product that won’t move when it’s sitting on shelves. The CPU isn’t bad at all, it just wasn’t worth the original price. It’s good at the discount price, though.

EVGA RTX 2080 Ti FTW3 Ultra: EVGA’s RTX 2080 Ti FTW3 is one of the top-performing cards available right now, alongside (obviously) the RTX 2080 Ti KINGPIN and Titan RTX. As far as chart-topping performance goes, the 2080 Ti GPU is mostly it in the gaming space, and the FTW3 variant has features that we enjoy from an enthusiast perspective. Among those, thermistors dotted along the card’s VRM and memory modules makes for interesting data (if not particularly actionable) for enthusiasts. At time of writing, the card is $1230 with a $50 rebate card, or $1280 base. For what it’s worth, EVGA also has its RTX 2080 Super XC Hybrid on sale via Newegg, marked down to $750 baseline with a $20 rebate and $20 instant discount code (7BFPC29).

EVGA RTX 2080 Ti KINGPIN: Speaking of the KINGPIN, the card’s launch price as about $1800 to $1900, and it presently has a $100 post-purchase rebate available. We don’t know how long this will last, but it’s there now, and so it’s worth including. We reviewed the KINGPIN positively, but we should remind inexperienced readers of a few things: This isn’t a card you should buy in most instances, frankly, but it’s extremely good in instances where you should buy it. You won’t get much more stock performance out of this card than you would out of a $1000 2080 Ti. It’s not proportionately better in stock performance. If you plug this in and just play games, we really don’t think it’s right for you, and it’d be a waste of money; however, for true enthusiasts, the KINGPIN card affords a number of software utilities and other on-card tuning options that allow bypassing of NVIDIA constraints and limitations. In our opinion, this card is the most fun we’ve ever worked with to overclock, and that’s equally true for stock users (on its 240mm liquid cooler) and liquid nitrogen or XOC users. We’ve tested both. Learn more in our review here.

Sapphire RX 5700 XT Nitro+: One of our best-scoring cards of the year was the Sapphire Nitro+, and despite its recent release, the card is marked down for Black Friday with a $20 promo code on Newegg (7BFPC32 at checkout). We reviewed the Sapphire Nitro+ OC here, if you’re curious to learn more about its performance.

Powercolor RX 5700 XT Red Devil: The Powercolor Red Devil RX 5700 XT is probably the Nitro+’s closest competitor that we’ve reviewed (read our review here). The Red Devil has strong noise-normalized performance and is capable of properly quiet operation while maintaining better thermals than louder cards. The 5700 XT Nitro+ is also capable of this, and either one would be perfectly fine. We’d buy whichever is more readily available in your region or which has the look you prefer.

We’ll try to do more round-ups, PC builds, and Best Of content through the weekend. Consume responsibly.