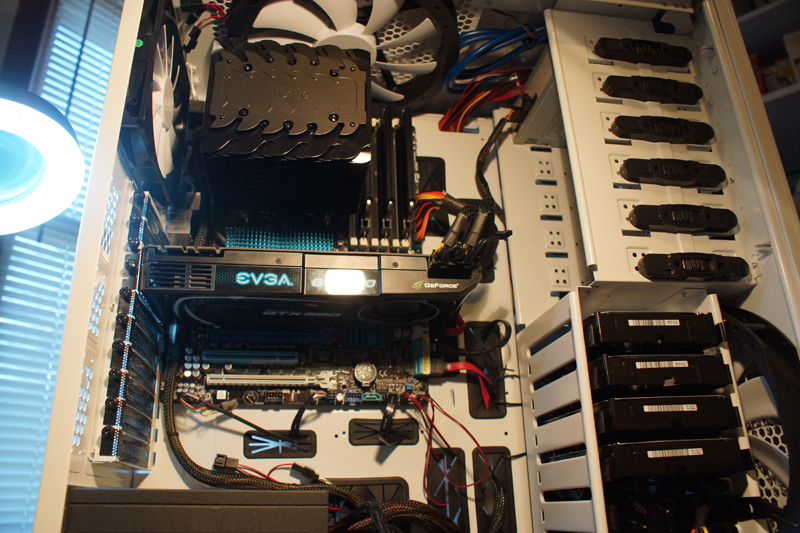 Way back in 2010, when the site was still young, I wrote a somewhat sarcastic post about the retail obsession with slapping "Black [Day]" on anything to drive more sales. In that post, I declared November to be "Black November," following all the constant pre-Thanksgiving and post-Thanksgiving sales. Or "sales," whatever. One year later and Newegg officially declared November—you guessed it—Black November. I'll take my royalty check now.

Regardless, this weekend has a couple of reasonable price-drops on hardware and system building accessories. We pulled together deals on tool kits, power supplies, a consumer-grade laptop, and a Thor V2.

Rosewill Thor V2 Tower ($90): After a $20 coupon code (NVEXCLS34) and $20 rebate, Rosewill's Thor V2 drops to an exceedingly reasonable $90. The Thor V2 was actually our first official case review -- before we started doing thermal benchmarks, even -- and I remarked that it was one of the most impressive cases I'd seen at the time. It's easily worth $90.

Ultra 130 Piece Tool Kit ($30): Use coupon ACT103873 for this one. Ultra is Tiger Direct's in-house brand, much like Rosewill is Newegg's. This basic 130pc tool kit includes an ESD wrist strap, wire strippers/clinchers, all the screw drivers you'll need, and even an entry-level soldering iron and reel. It's a great pick-up for any new system builder.

Toshiba Satellite Ivy Bridge Laptop ($600): We occasionally like to include laptops in these sales round-ups. Toshiba's L855-S5156 notebook uses 3rd-Gen Intel hardware (Ivy Bridge) with 8GB of RAM and a 500GB HDD on a 15.6" 1366x768 screen. The display resolution is, admittedly, somewhat obnoxious, but if you're buying for mainstream surfing and school / work applications, it's an OK unit. Need help looking for something better for gaming? Drop us a message on the forums.

Thermaltake TR-600 TR2 PSU ($25): After a $20 rebate, Thermaltake's TR2 600W PSU costs a firm $25, shipped. 600W is more than enough for nearly all budget and mid-range builds (see sample builds here), and although it isn't 80 Plus Certified for efficiency, it'll do just fine in any entry-level AMD build. We wouldn't recommend this PSU for Intel builds if you hope to use Haswell's S0iX active idle power saving, which requires the PSU to be able to wake the CPU when it hovers at less than 1W TDP. Still a great pick-up for a cheap/budget PC build.

That's all for this week!