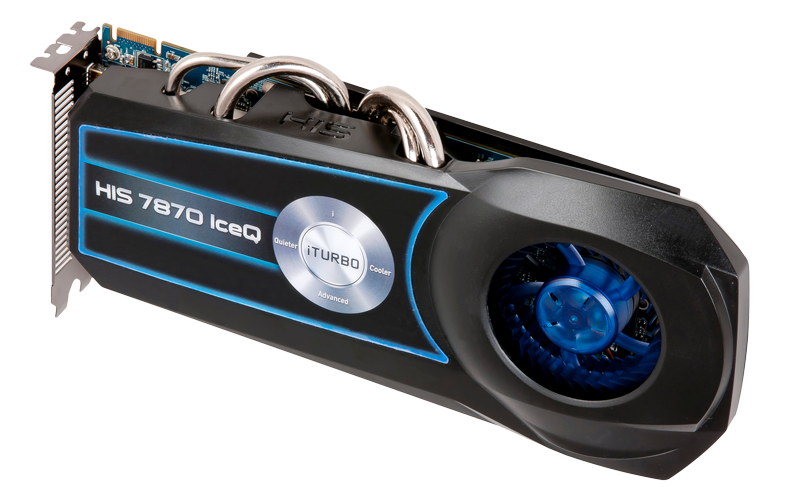 The season is upon us, and with it comes the wonderful deals you find on Black Friday and Cyber Monday. This is the last weekend before the annual sales celebration begins, and it seems the savings have came early. We've once again rounded-up five of the best bargains out there in computer components, including a motherboard, case, and three video cards.

HIS IceQ HD 7870 ($140): The first deal I found is on this HD 7870 by HIS. The HIS IceQ video cards are known for their advanced aftermarket cooling design. This HD 7870 features a large 80 x 21.5mm single blower fan that draws air in from both sides of the card (assisting in CrossFire cooling), utilizing four wide heatpipes and an extra large heatsink to dissipate heat. Keeping the temps down should be no problem with this card.  Powered by a 1GHz core clock and 2GB of GDDR5 memory on a 256-bit interface, you'll be able to play most games out at medium-to-high settings with stable FPS.

MSI Z87-G41 Motherboard ($75): Here we found a good deal on an Intel motherboard. The Z87 chipset is top of the Intel line-up (chipset comparison here) and supports 4th-Gen Intel processors for LGA 1150 socket Haswell CPUs. With USB 3.0, SATA 6Gbps connections, and basic OC support, you get just about everything you should need in an entry-level gaming motherboard at $75.

Galaxy 650 Ti Boost GPU ($130): Once again we feature a GTX 650 Ti Boost in our weekly sales. This time it's from Galaxy, known for their clean matte-silver finishes. The GTX 650 Ti Boost is one of the best budget video cards in the sub-$140 range, with 768 CUDA Cores and 1006MHz Core Clock that boosts up to 1072MHz. The 1GB of GDDR5 memory on a 192-bit interface should allow you to play most games comfortably at medium to high settings. We recently tested a 2GB GTX 650 Ti Boost in Battlefield 4 and successfully ran the game with high/ultra settings at 45FPS.

MSI Twin Frozr HD 7850 ($110): Along with the GTX 650 Ti Boost, the HD 7850 is one of the best budget video cards out there today. For the price, you really would be hard-pressed to find similar performance from another video card. The dual heatsinks will keep temps down during those long gaming sessions. This GPU features 1024 Stream Processors on a 900MHz Core Clock, 2GB of GDDR5 memory, and a 256-bit memory interface; it'll play most games out at medium to high settings with no problem. Games like DOTA 2 and SWTOR should play at highest settings at great FPS, but games like Crysis 3 and BF4 will play at medium settings (all assuming a 1080 resolution). For only $110, AMD once again delivers with their superior price-to-performance.

Zalman MS800 Case ($54): The deal of the week comes from Zalman and their MS800 Plus case. They are selling this Mid-Tower case at a huge discount; you get 6x5.25" bays, 3x3.5" hot-swap bays, and seven expansion slots. The MS800 has plenty of room for all of your components and features VF support (for your video card) with a fan that can be positioned for directional cooling. You also get dust filters, a cut-out motherboard tray for cable management,  and a large clear panel to view the interior. I really like the design of the case, and the fan controller is another bonus feature that Zalman likes to add in their cases. This makes the MS800 a great mid-range case at a budget price.