Having written many PC build articles this year -- and building even more on our forums -- we've seen just about every CPU + board combination out there right now. For anyone looking to swoop in on the Black Friday and Cyber Monday sales, we've rounded-up a list of the best processors for gaming as of 2013. These CPUs span the budget spectrum up through high-end video editing and production rigs, so we should have your price range covered.

A quick table of what's below:

Let's start with the low-end stuff and work upward.

AMD A10-6800K 4.1GHz Quad-Core ($120): For anyone building an HTPC or an ultra-budget, cheap gaming PC, an APU makes for an excellent hybrid solution. Our League of Legends PC makes use of this same APU (Accelerated Processing Unit) for its reliability when playing most lightweight games. You wouldn't want a 6800K for Battlefield 4, but in the event you're running LoL, DOTA2, Skyrim, Path of Exile, or similarly-optimized games, it's an easy pick-up.

The 6800K features an integrated graphics solution -- AMD's 8670D -- that will readily power any of the above games. Because the 6800K has relatively high performance output, we also rank it as one of the best HTPC CPUs on the market, given the price and form factor accessibility.

If you're looking for an FM2 or FM2+ board to match with this Richland APU, there are currently several good Black Friday motherboard + CPU combos, found here.

AMD FX-8320 Eight-Core CPU ($130): Dropped from its long-standing $160 price-point, AMD's FX-8320 8-core CPU (stock-clocked at 3.5GHz) is now available for $30 cheaper and with free shipping. The 8320 is our go-to mid-range AMD CPU, and performs incredibly well in applications that can make use of all the cores thrown at them. Battlefield 4 is a good example of a real-world scenario that'll employ all the cores it's given, as are computation-heavy render programs.

We recently used the FX-8320 in our mid-range AMD gaming PC build; with Intel's closest options being hyperthreaded dual-core CPUs, the 8320 is a great deal right now. We're just not comfortable recommending dual-core processors (even with hyperthreading) for most gaming applications these days, especially looking at gaming's trajectory to adopt more cores.

AMD FX-8350 Overclocking CPU ($200): While we're talking about AMD's eight-core Piledriver CPUs, we can't neglect mentioning the flagship 8350 option. Natively clocked to 4.0GHz, the 8350 stands strong as an intermediate-level dream overclocking project. Frequencies upwards of 5GHz are easily achieved on air, though you could push higher with adequate liquid solutions.

There's no single solution CPU for all gaming purposes -- the 8350 and 4670K are the top two gaming options out there, and the differences between the two will depend on the game played. Battlefield 4 will make greater use of all the cores AMD makes available (though the 4670K will still outperform it), meanwhile other mainstream games are going to be more GPU-bound than anything; a game like Skyrim will show marginal performance differences between the two flagships, given its relative optimization for low-end hardware.

If you're working with any sort of transcoding or encoding, though, the 8350 is easily one of the best options out there at its price-point. 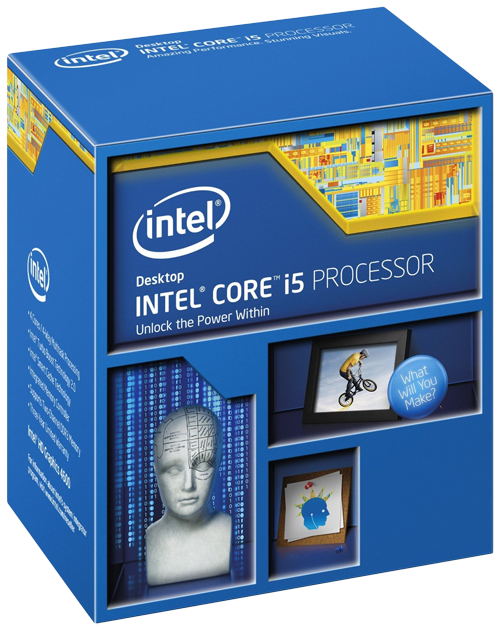 Intel i5-4670K Quad-Core CPU ($225): The 'K' stands for 'King.' Intel's i5-4670K has been our most-recommended processor for those looking to dabble in overclocking and play games without fear of bottlenecking. The 4670K has proven itself as the best CPU available in the sub-$250 range right now, and is objectively the best gaming CPU in its price class.

At the end of the day, most games are still GPU-bound and won't exhibit noticeable differences between CPU choice. That said, an extra 10FPS here-and-there could be enough to push you into the "playable on high" range as your system ages.

Intel's i5-4670K quad-core chip features unlocked overclocking functionality (unlike the non-K alternatives); if you're uninterested in overclocking but would still like a high-end gaming CPU from Intel, check out the i5-4570 for $200 instead. It's effectively the same product, just locked.

As for a board, ASRock's Z87 Extreme4 is a great budget-friendly option for a mid-range PC.

The extra threads work well with processes that are heavily multithreaded—generally anything video-related, like transcoding, rendering, encoding, and streaming—but don't add much to gaming. This is because many games are still optimized at the code-level for two or three threads, but encoding applications (including streaming) are programmed to somewhat linearly adopt more threads as they become available.

If you're just playing games, you should probably stick with the 4670K or 8320/8350 options. If you're streaming games, doing hobbyist video production, or need a CPU for frequent and high-quality YouTube video render-outs, this is the one for you.

Like the 4670K, you'll need a Z87 chipset to fully access all the features on the 4770K. We'd recommend something like MSI's Z87-G45 for mid-range builds or ASUS' Maximus VI Hero for higher-end builds. 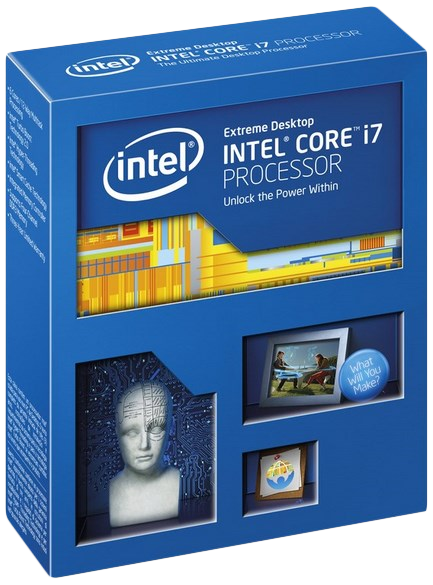 Intel's X- chipset prefix denotes an "enthusiast" product, whereas Z stands for "performance." With an Enthusiast chip -- like the 4930K -- you'll really only get the most use out of the chip if you're doing more than everyday gaming. Regular video production, editing, and intensive applications (UDK, CryEngine, etc.) will make the most use of an extreme-class CPU. We use an X-class system for rendering our own videos, for efficiency purposes.

The 4930K is a six-core CPU that operates at 3.4GHz natively, but can be easily overclocked. This is the only chip in our CPU round-up that can make use of quad-channel memory, which is a huge boon to its production capacity. Although a quad-channel kit will cost significantly more, being able to push data through four pipes simultaneously will double your maximum theoretical memory bandwidth over dual-channel configs. Most render applications (Premiere, Vegas, Photoshop) are memory-intensive, so there is a fairly noticeable speed increase with quad-channel setups.

Unlike all the other CPUs we've written about in this article, this one does not include a stock cooler, so you'll need to purchase an aftermarket unit in order to use this CPU. We'd suggest the Argon AR01 in the budget range or Kraken X40 CLC in the mid-range. X79 boards aren't as abundant as Z87 options, but ASUS' P9X79 is tough to say 'no' to at the price.

Let us know if you need any help locating Cyber Monday or Black Friday sales on components! Our forums are tracking sales live, so bookmark / RSS-sub this page for frequent updates.