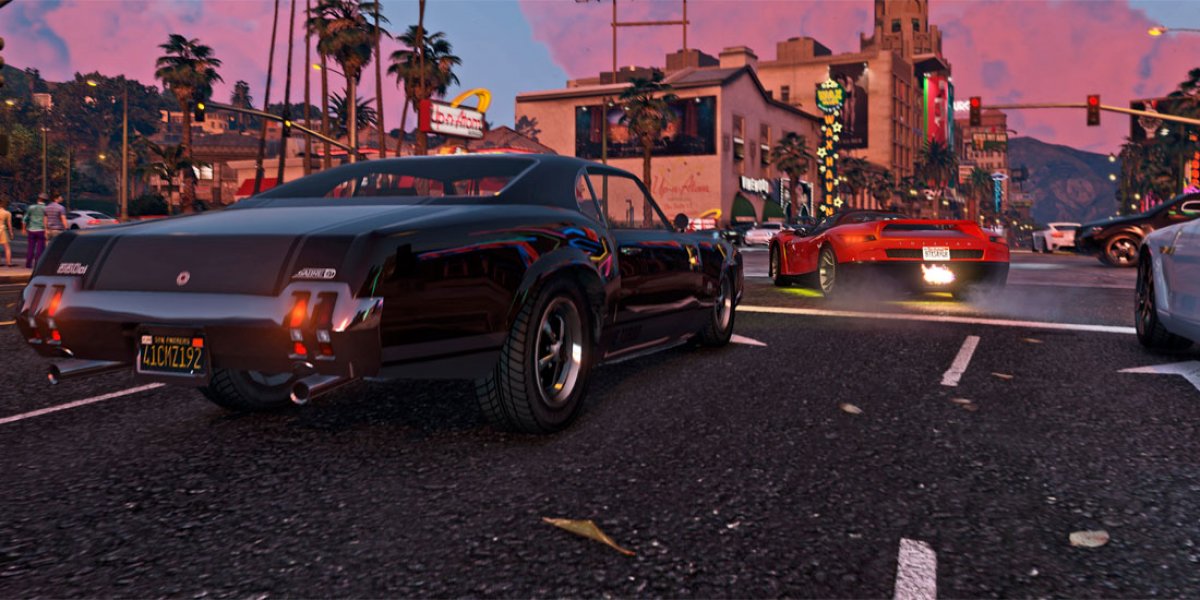 Tom Clancy’s The Division ($25) - Ubisoft released Tom Clancy’s The Division in March of 2016, and has received “Mixed” user review ratings on Steam. The Division is a 3rd-person shooter set in New York City after a severe viral outbreak. With recent patches and updates, The Division has seen an increase in the number of players active, according to Steam Stats, and now has “Mostly Positive” user review ratings. The base game is on sale for $25 dollars and the Gold Edition (all DLC) is on sale for $45. We’ve benchmarked The Division somewhat extensively and, despite issues with multi-GPU setups, have generally seen reasonable performance for the graphics settings. Optimizations have improved game performance on GPU hardware since its launch.

The Elder Scrolls V: Skyrim Special Edition ($30) - In October, Bethesda released a remastered version of their 2011 Elder Scrolls V: Skyrim. The new remaster features some graphical enhancements as well as increased stability in their aging Gamebryo engine, probably due for a full replacement at some point in the near future. The Skyrim Special Edition has “Mostly Positive” user reviews and comes with all of the original DLC, making it a decent combo price. Some mods are starting to require Special Edition, so do keep in mind that mod support between the base Skyrim and the re-release is somewhat mixed. The original Skyrim is also on sale for $20.

Watch Dogs 2 ($40.19) - Watch Dogs 2 is the newest title on the list, and released in late November of this year. GN recently performed exhaustive benchmarking on this title; if that is of interest, check it out here. Watch Dogs 2 seems to perform well on PC when we ran performance tests on 11 GPUs, including nVidia’s 10-series and AMD’s RX-series. Watch Dogs 2 has been received well with “Very Positive” user review ratings, a stark contrast from the IP’s first launch.

Dark Souls III ($30) - The third installment in the Dark Souls series came out in April of 2016 to “Very Positive” user reviews, including a fairly positive review from GN. Dark Souls III utilizes a 3rd-person melee combat system and RPG elements to provide a challenging experience for the players. The season pass is also available for $25 during the Winter Sale. Note that Dark Souls III does play best with a controller.

DOOM (2016) ($20) - DOOM released in May of this year and has been a well-received reboot of the DOOM franchise. The game is highly rated on Steam with “Very Positive” user reviews, and still has an active player base per Steam’s Stats page. GN’s own review of DOOM is located here, if interested in our opinions on gameplay. DOOM was the first AAA title to properly implement the new Vulkan API, benchmarks here if you are curious. DOOM 2016 is on sale for $20 and its season pass is on sale as well for $24.

GTA V ($30) - GTA V released on PC in April of 2015 and, over a year later, is still one of the most played games on Steam. GTA V has “Very Positive” reviews and the online mode is regularly updated for free. We have run a slew of benchmarks on GTA V, and found the game is well optimized and runs well at 1080p on most modern GPUs. GTA V is normally priced at $60, so during the Winter Sale, it’s available for 50%.

Rocket League ($12) - Rocket League released in July of 2015, but the soccer-racing mash-up has remained one of the most popular on Steam. Competitive efforts have driven Rocket League to new heights in the eSports community, with burgeoning interest from PC hardware manufacturers. Free content and map updates get pushed regularly, alongside the addition of new vehicles for purchase. The game has stayed at or near the top of Steam statistics. User reviews put Rocket League in the “Very Positive” category, and GN’s Mike Gaglione is a big fan of the game. During the Winter Sale a few of the DLC cars are also discounted.

Counter Strike: Global Offensive ($10.04) - Counter Strike: Global Offensive (or CSGO, as many call it), is a Valve-developed FPS shooter -- a rare breed, these days. CSGO is most popular with competitive and eSports players, and with a non-stop updates since launch, it remains an extremely popular title. During the Winter Sale, the game is 33% off and the cheapest on our list.

These are some of the discounts that can be found during the Steam Sale. Check back next week after the holiday for more review content!